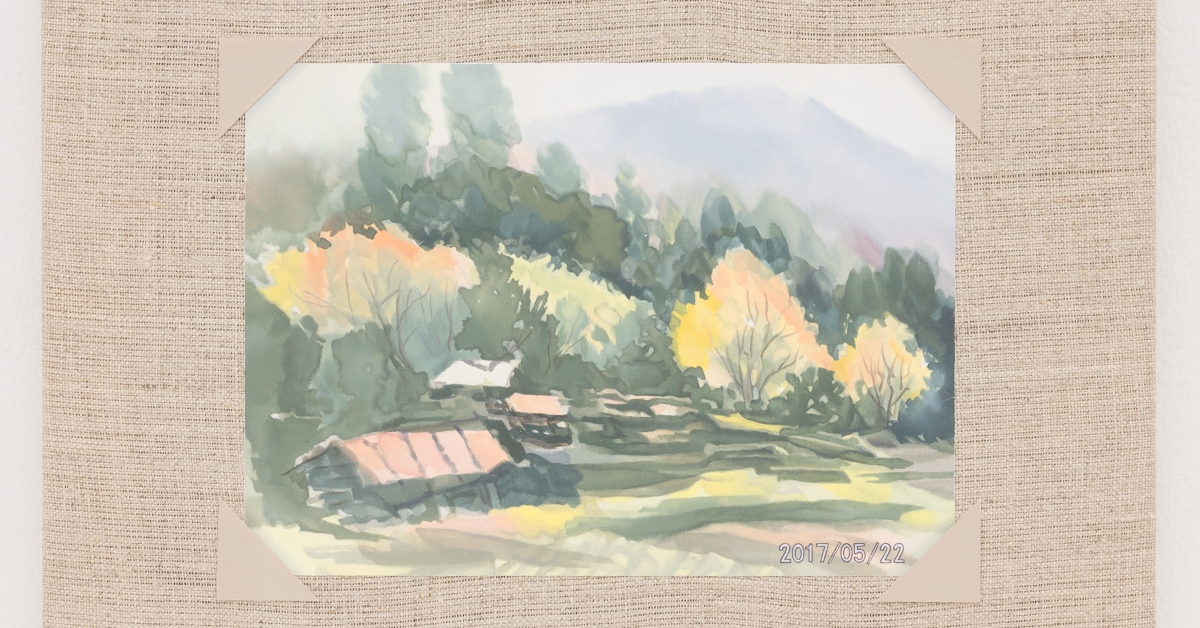 “I’m still not very good at it, but I can start to look at things in a new way, if I try.”

The pervasiveness of photography is an ever-present medium in both the content and approach of Horibuchi’s canvases. Yet, the methodology of the photograph is inverted—in place of representation arises artifice, as the illusion of watercolor painting’s lithe and light-filled gestures of transparency are achieved through the careful simulation against the opacity of oil paint. As the surface of the canvases picture the dates stamped on the original sources, the images born out of Horibuchi’s canvases exist in two times instead of one: the date the painting was photographed, and the days its form came to completion as a painting. In Paintings of Watercolors the instant captured in the initial form is transposed into a different arena of light and time, one that allows for more a progressive quality of how images are made, seen, and disclosed.

These paintings are meant to be read. The subject matter belongs to a language that is familiarly elementary, the images fall into categories that are typically explored when learning how to paint. These image types can be associated with things that teach us how to paint and look in a new way. These are paintings of photographs of watercolor paintings, and some of those watercolors are painted from life, some mimic other paintings sourced from calendars or postcards. Inherently, they are very acceptable as subject and image for a painting.

In painting the surface of the physical photograph and not just the image it represents, they imitate the material imitation of an image.They teeter back and forth between object and image, the thing itself and the thing it represents. A photograph is also a viewing device and frame, it tells you where to look. Each painting is presented as a photograph belonging to an album. They are returned back to a functional form, traveling the distance in representation between point A to B to C and somewhat, back to A.

Installation view of Paintings of Watercolors 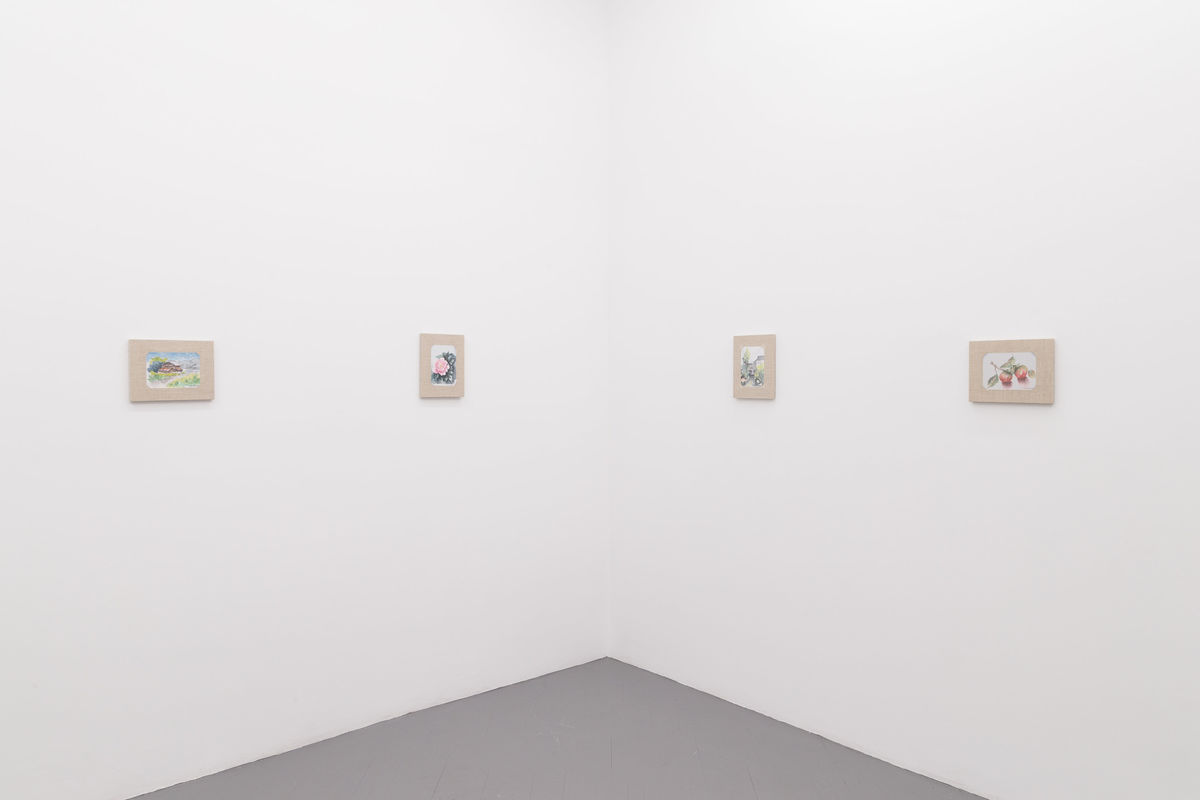 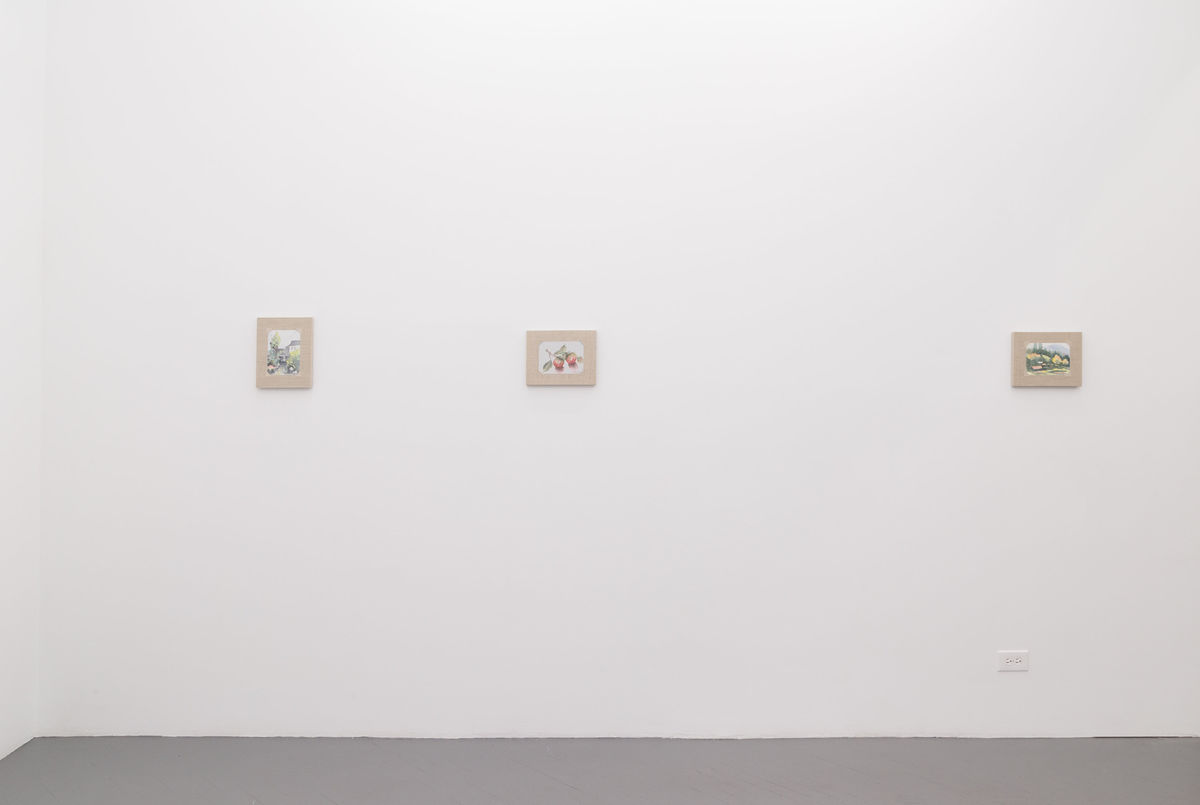