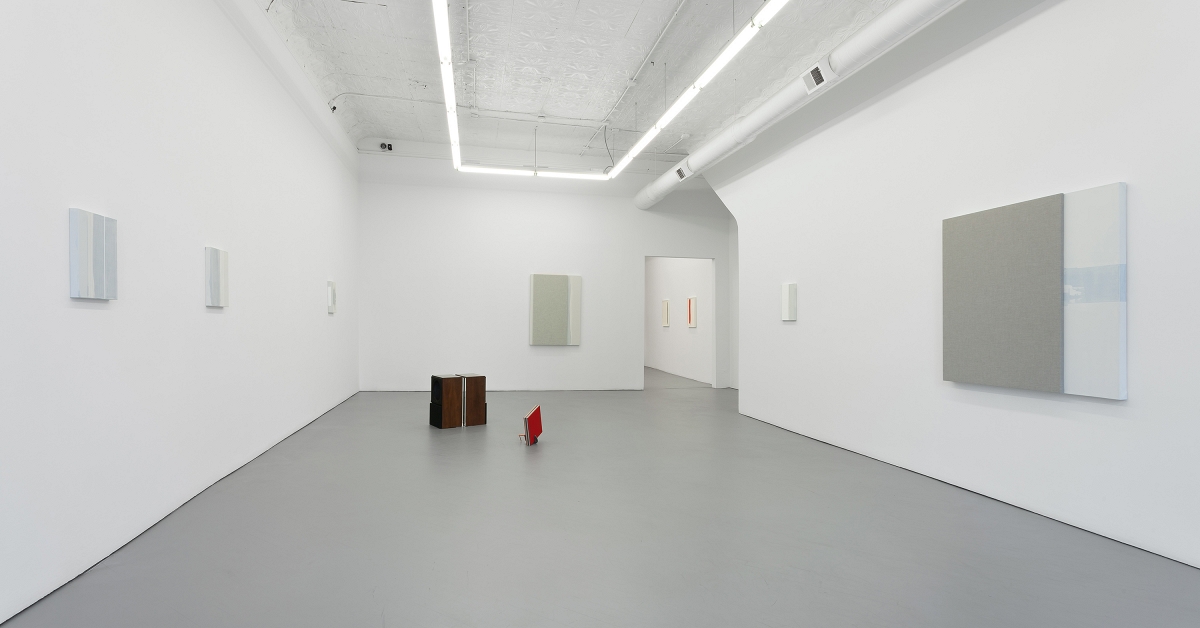 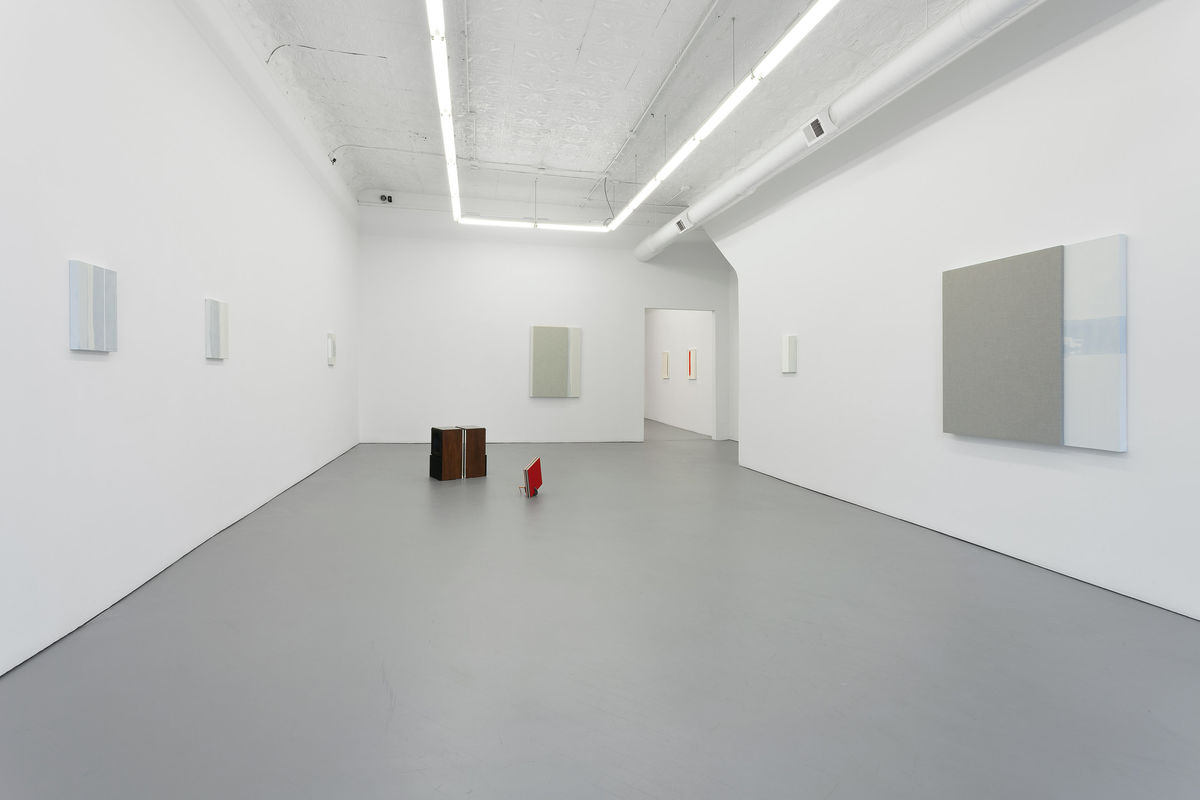 …there is an intrinsic aspect of risk in the second take, in the attempts at shifting the creative moment slightly to the left, right, or dismantling the previous incarnation of the “thing,” the gesture, the attempt to convey…

There is weight to silence; there is a narrative to the moments in-between which document, through decisive risks, the journeys that culminate to our final cuts. These moments are comprised of a collection of conscious and subconscious decisions; a series of repetitions, reductions and assertions - all critical contributions to a completed passage to something new. Jennie C. Jones’ alternate takes is a collection of works functioning as synchronized moments which explore the steps within a journey, highlighting the silent spaces between transitions, from one thought to the next, and the collective embodiment of composition. Jones’ work has always engaged with the importance of a discernible silence, exploring the invisibilities within the avant-garde and its “established” historic records. Drawing lines of tangible connection between jazz, minimalism, and modernist abstraction, Jones’ work aims to highlight the significant contributions that manifest through assertive whispers.

alternate takes brings together a series of different bodies of work drawn from a specific timeline over the last few years. The beginning to this story starts with a series of works on paper created in 2014 at the Rauschenberg Foundation’s Residency in Captiva, Florida. The works are a collection of swift gravitational pulls downward using screen printing inks in red, black, and silver. Dominated by empty white space, the works evoke a confidence in their compositional embrace of absence. The select few marks in the works are continuously explored throughout the work in the exhibition. The mark’s evolution becomes a shared language that navigates itself throughout the different bodies of work in a series of evolutionary translations.

The grouping of small paintings titled Takes are a series of documentations of layers upon layers of attempts, mistakes, erasures and records, overlapping and resulting in a complex surface patina of marked decisions. The paintings are Jones’ return to a fundamental component of her artistic background, pure painting. Though painting itself is found throughout her oeuvre, the use of it is typically incorporated in dialogue with material and sound elements. This can be seen in the two large anchor acoustic panel works titled Emanating Hum, 2016 and Untitled (Gray Note), 2015. The two works incorporate acoustic absorbing panels as elements within a system of different material voices humming in unison. Similarly to the works on paper, the marks in these works are composed in one stroke; however, their gestures emanate freely and with fluidity as if liberated from the initial gravitational force that created them.

Objects scatter across the floor: sitting, leaning, and balancing in accumulations of discarded and repurposed material. A series of these new works are formed through the clamping of multiple sheets of acrylic, creating spectrums of color and light as a result of their reflective and smooth surfaces. These works titled After New York Red and After New York Black and Untitled Attempts 1 and 2 are references to a Man Ray sculpture titled New York from 1917. The Man Ray work was originally composed of wood strips and a carpenter’s vice found lying in his studio which was later cast in nickel plated bronze. This work, as in Jones’ versions, is a collection of captured echoes, shells of the remnants of material “somethings” held together in a tight embrace. Jones’ sculptures are scaled to the size of vinyl record sleeves and CD jewel cases. An empty CD rack and gutted speakers are further manifestations of what isn’t present, their exposed voids are activated through their proximity to the clamped works. The dialogue between the objects mirrors that of the walls, there is undeniable connection through the absence of direct engagement and in the murmurs of a shared language.

Final Take: Same Bridge on the Syncopated, 2018 is a multimedia sound installation that combines and deconstructs different elements in Jones’ work; sound, sculpture, drawing, and painting. The sound is sourced from a Ramsey Lewis test session for Down to Earth in 1958. What we hear in the recording is a manipulated and altered abstraction of the sound engineer’s voice amongst the alternate takes of several instruments and notes. The captured moments here are a series of performed practice runs but done so in solid and audible confidence. The work serves as a reflective capstone to the exhibition in that it highlights the tests, the takes, the risks, but also as it is composed mostly of moments of essential silence. 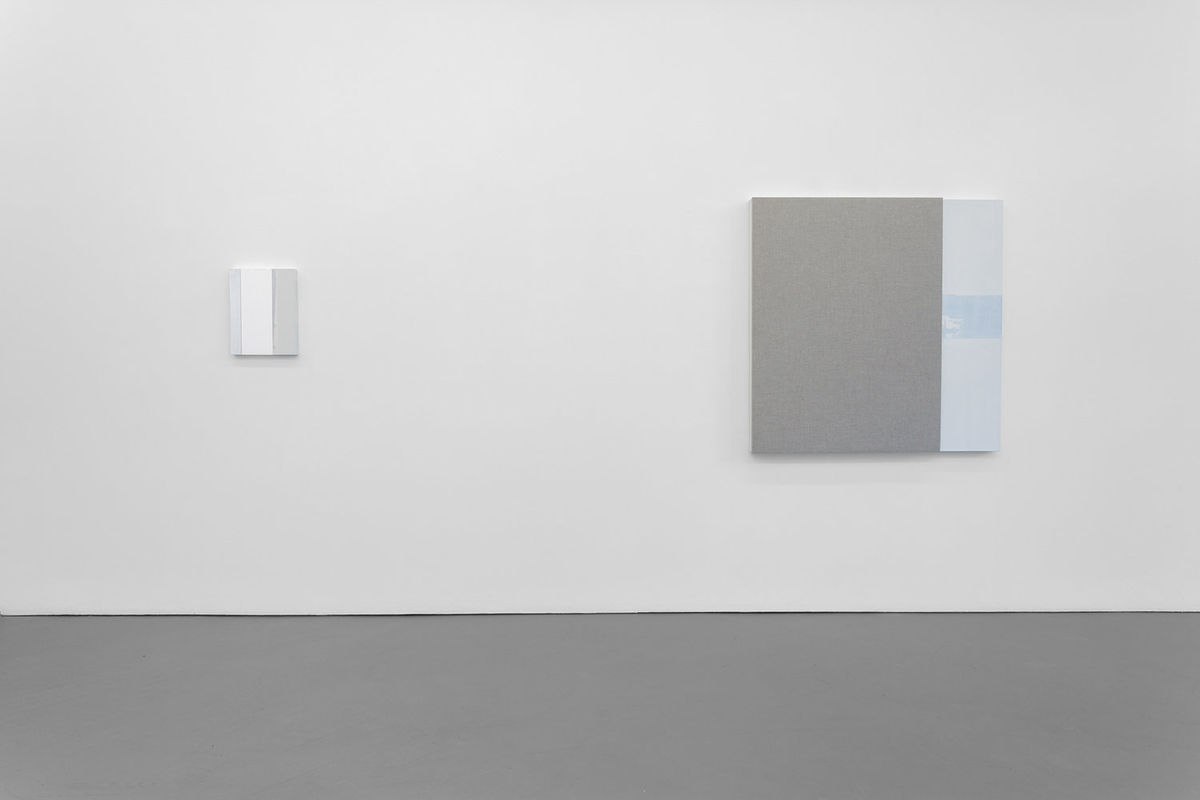 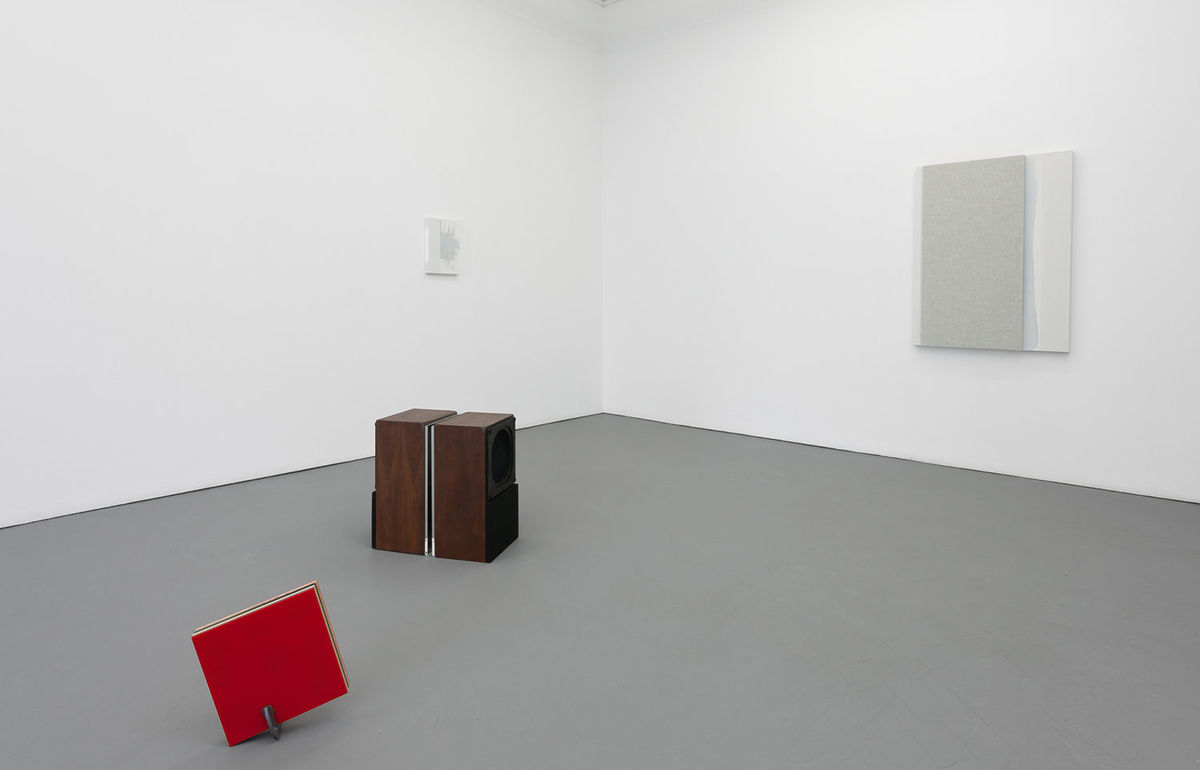 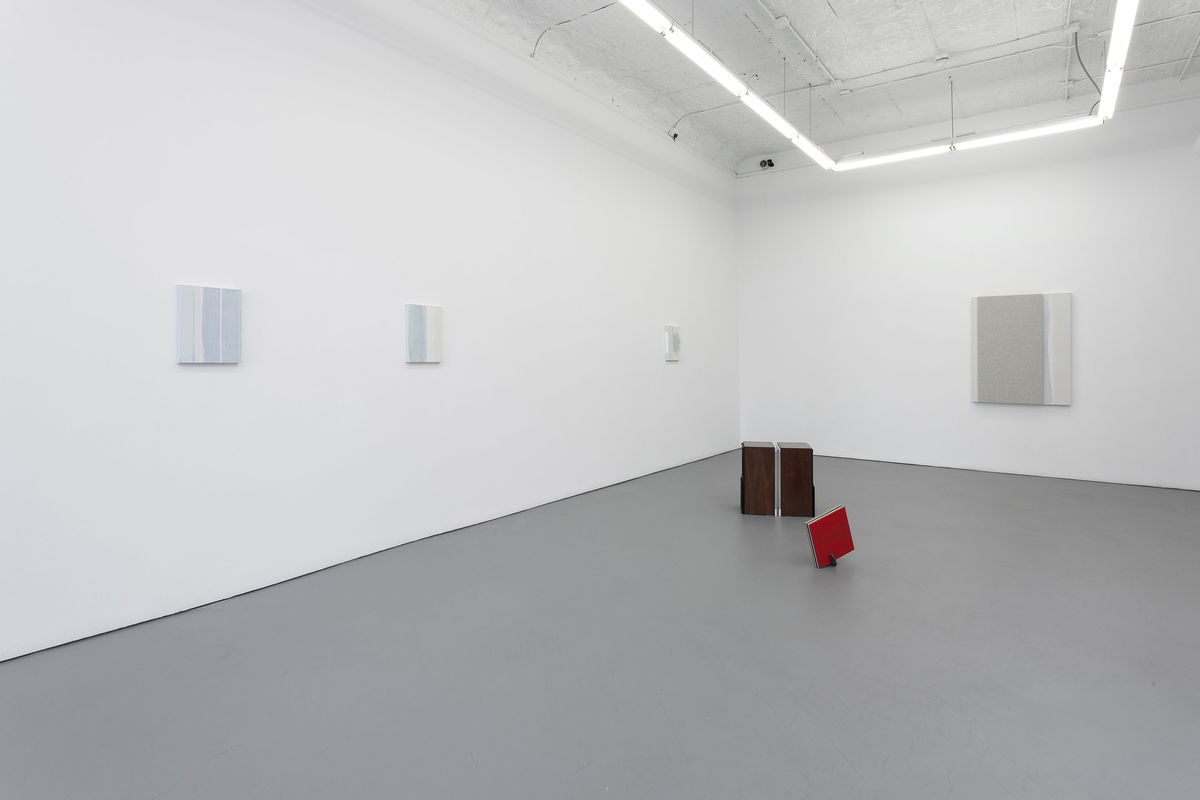 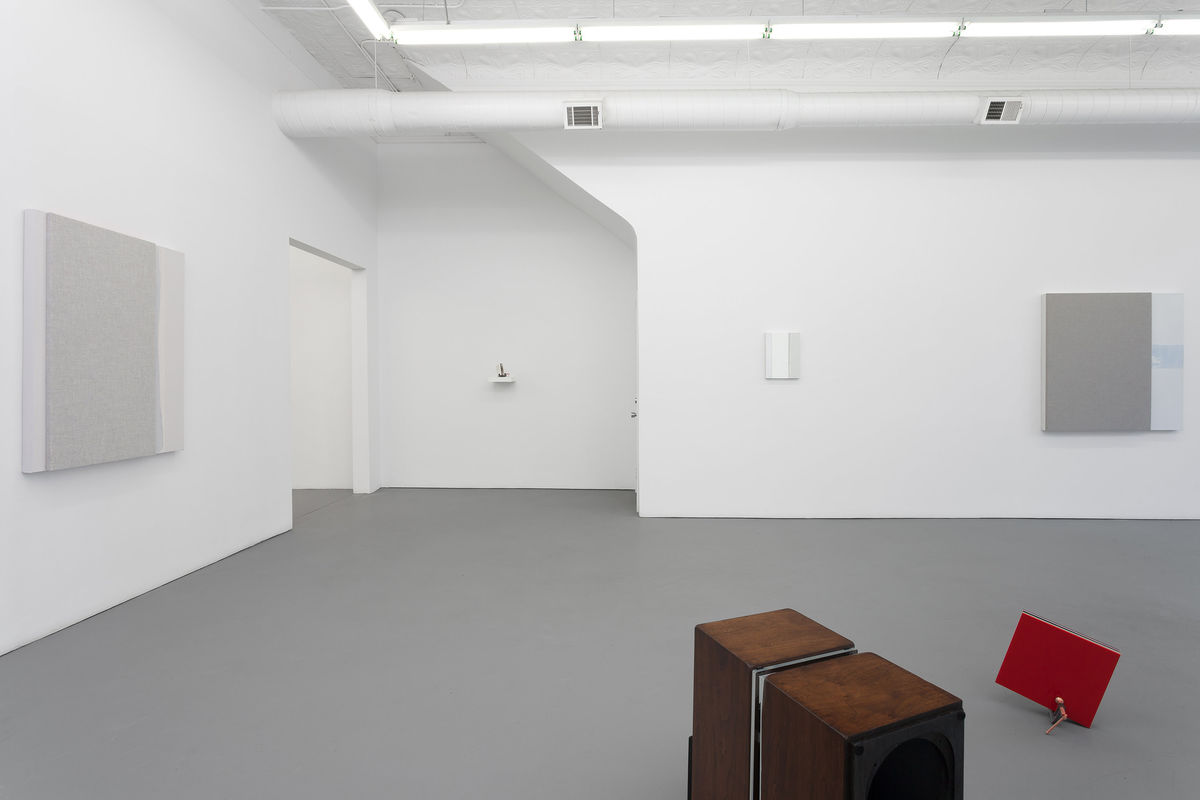 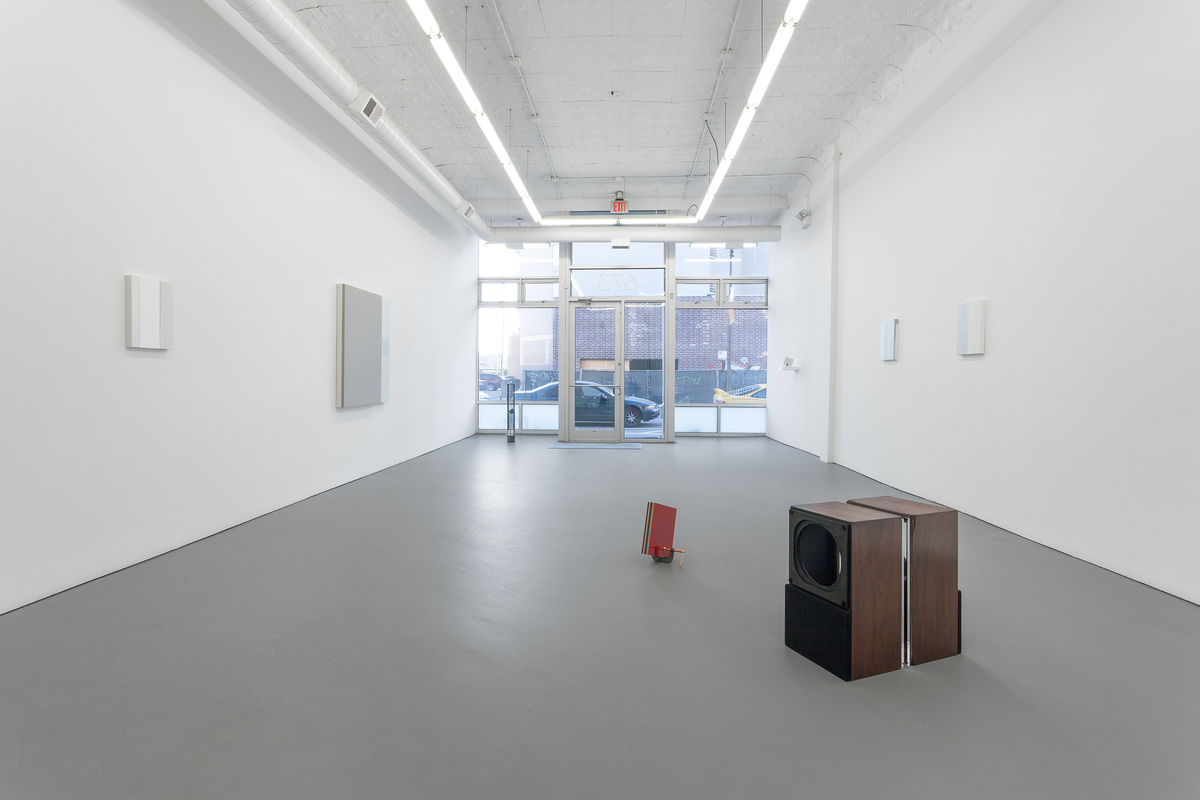 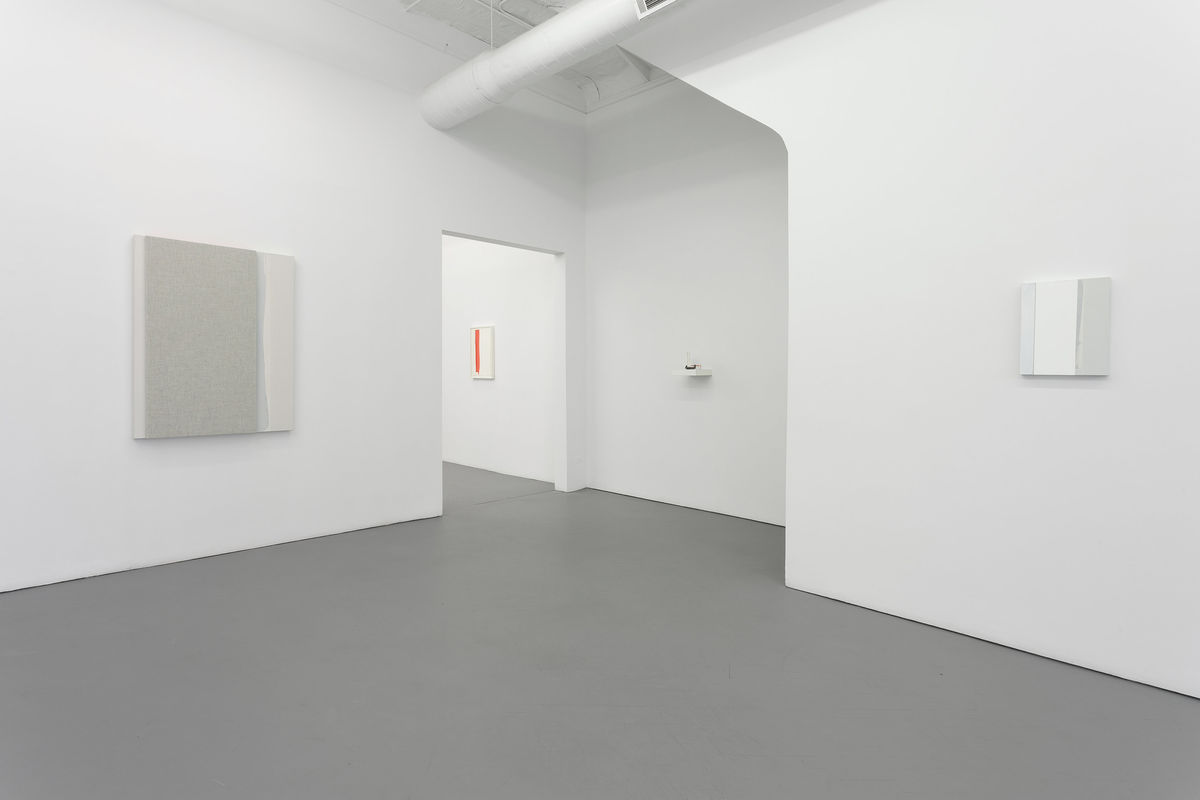 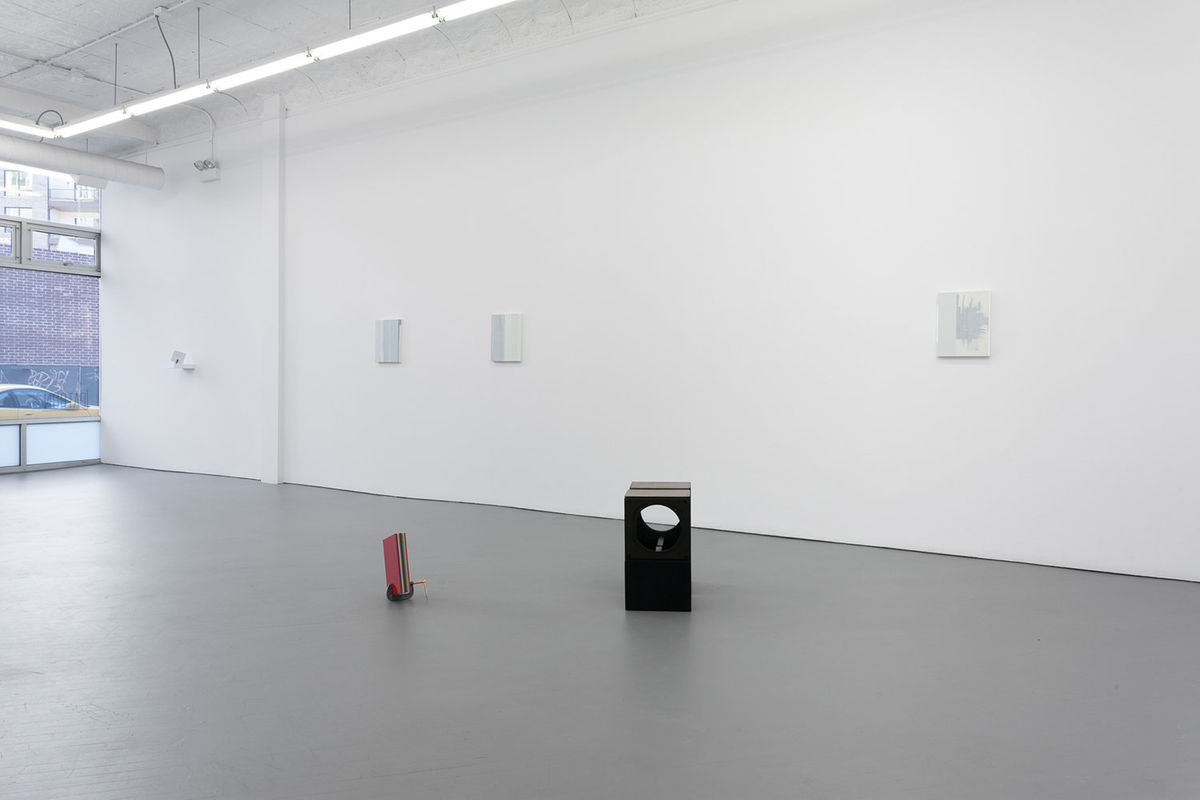 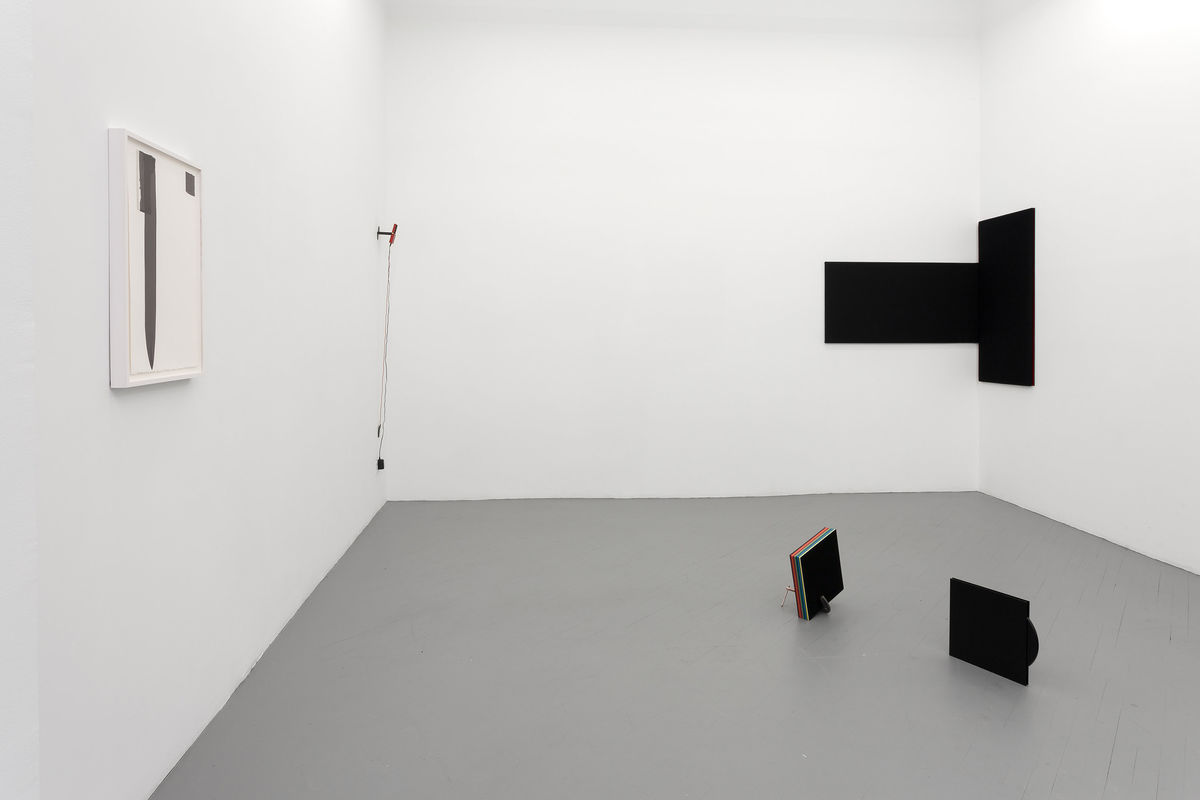 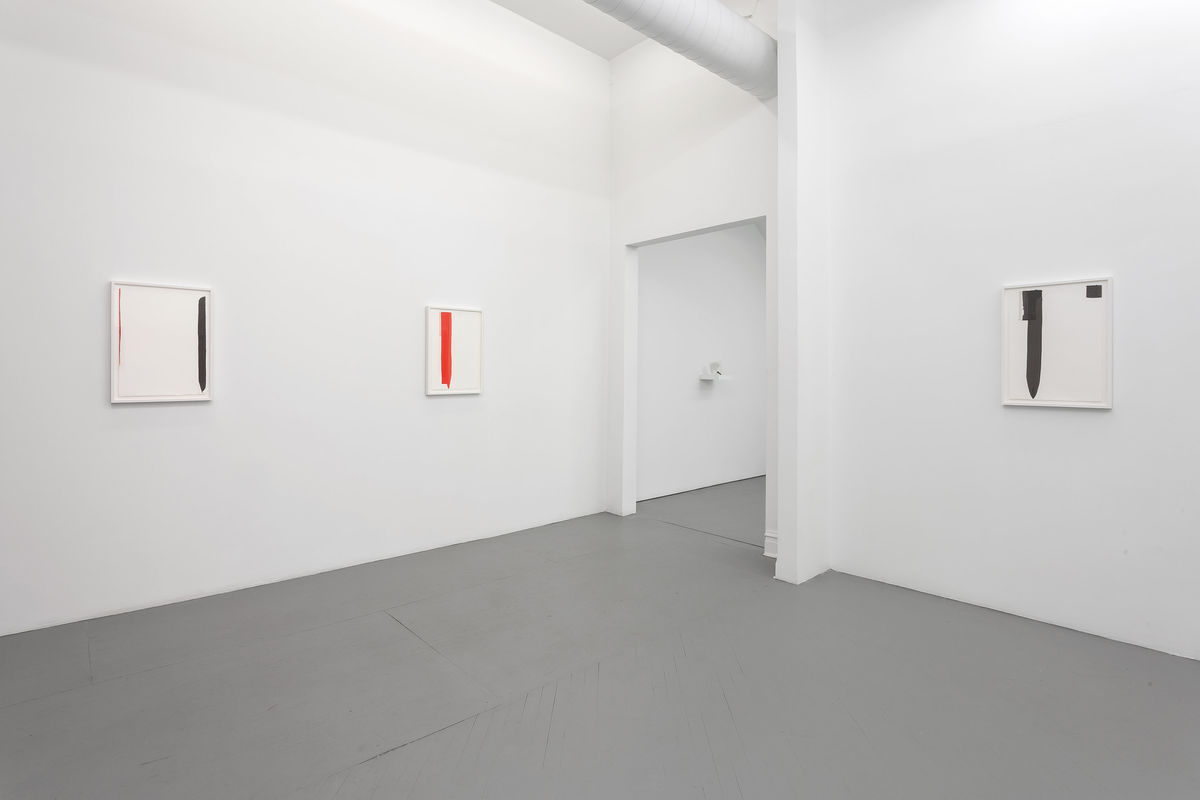 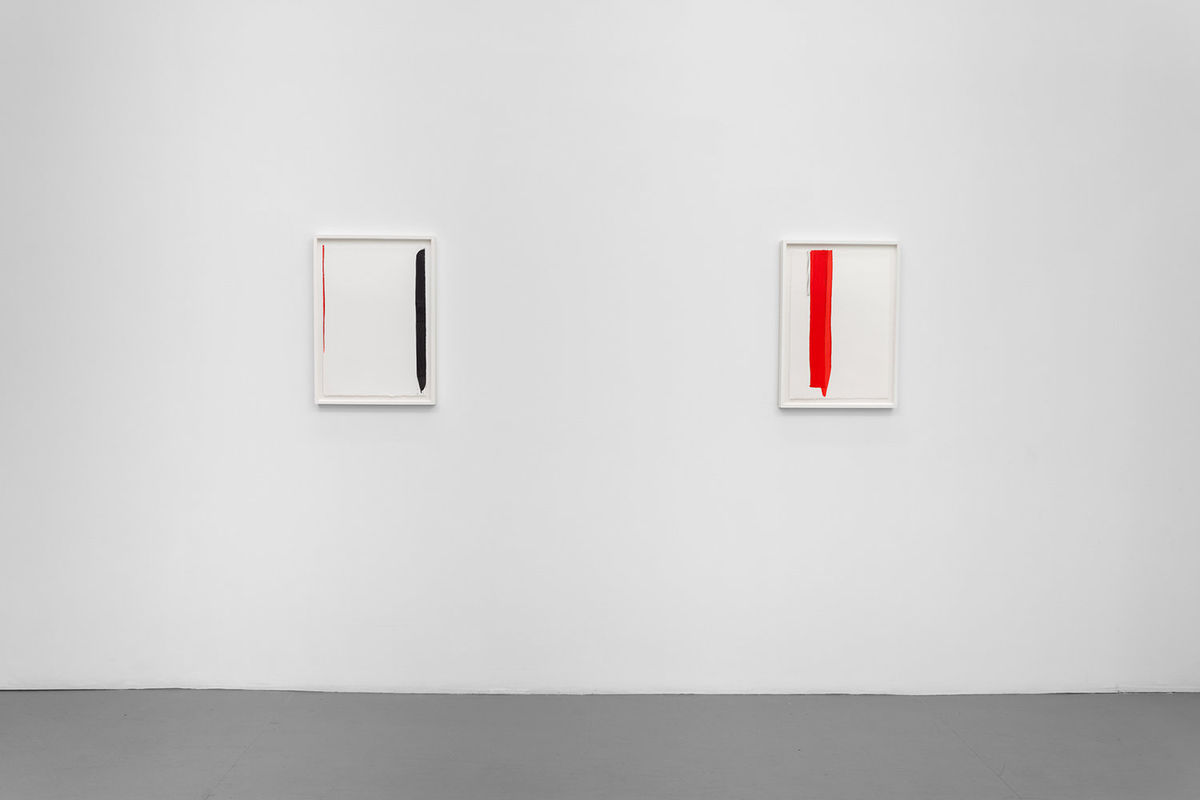