Alex Chitty : They will bloom without you 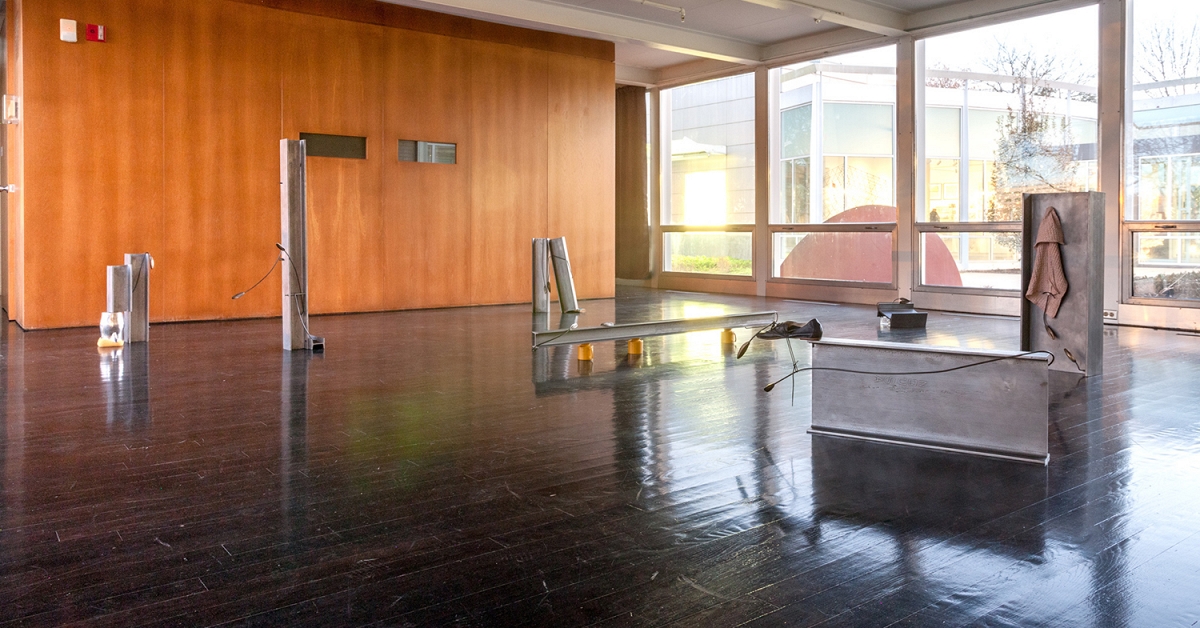 The Chicago-based artist Alex Chitty will exhibit a site-specific exhibition in the McCormick House designed by Mies van der Rohe. They will bloom without you is a reference to Chitty’s observations of flowers, in particular lilies, and how their daily bloom takes place independent of an audience. The lilies also gesture toward the designer and architect Lilly Reich who collaborated with Mies van der Rohe, but is often omitted from the credits of their collaborations.

Alex conceived of her installation imagining how people used the McCormick House as a living space while also responding to its cool, minimal interior. Chitty’s investigation began with dualities present within the architecture of Mies van der Rohe’s McCormick House: the rectangular North and South wings of the home are joined at a singular point, and the glass walls that enclose the home also allow views of the exterior. Her sculpture, drawings, photographs and video reflect upon simultaneous states such as interior/exterior, movement/stillness, and the narrative/utilitarian function of objects.

Installation views of Alex Chitty: They will bloom without you 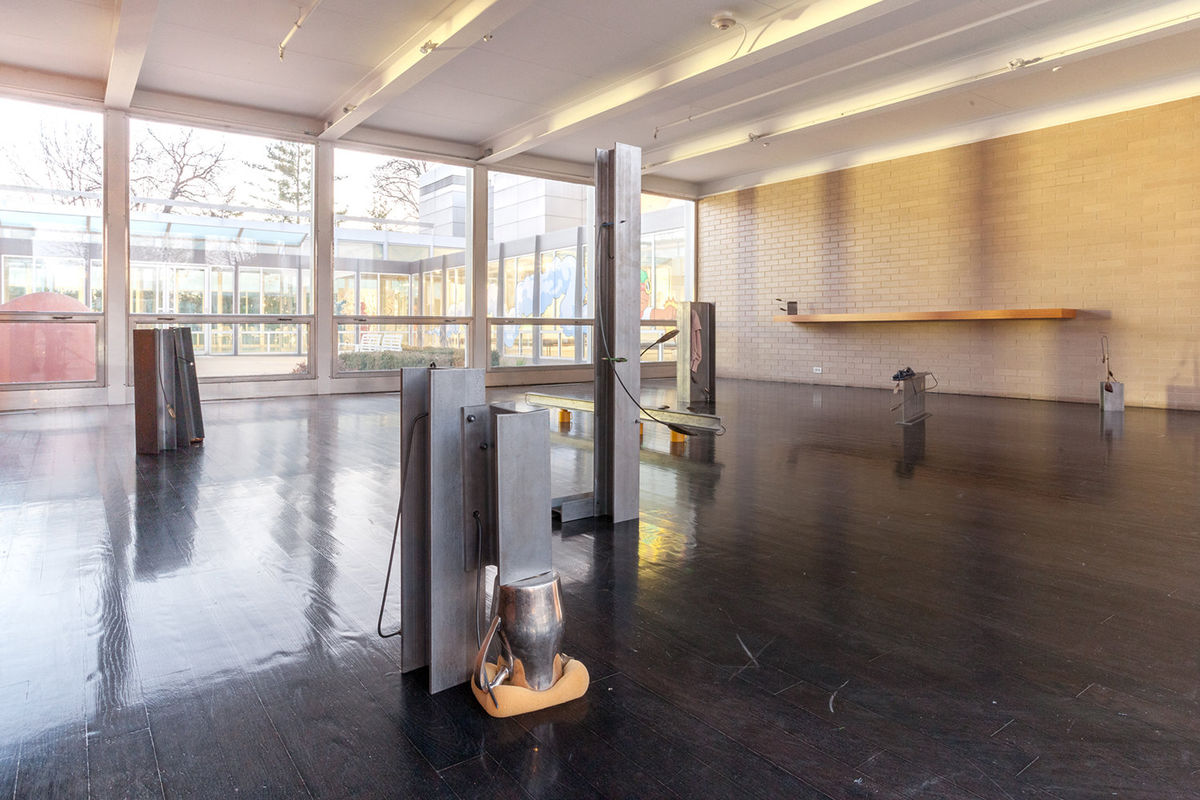 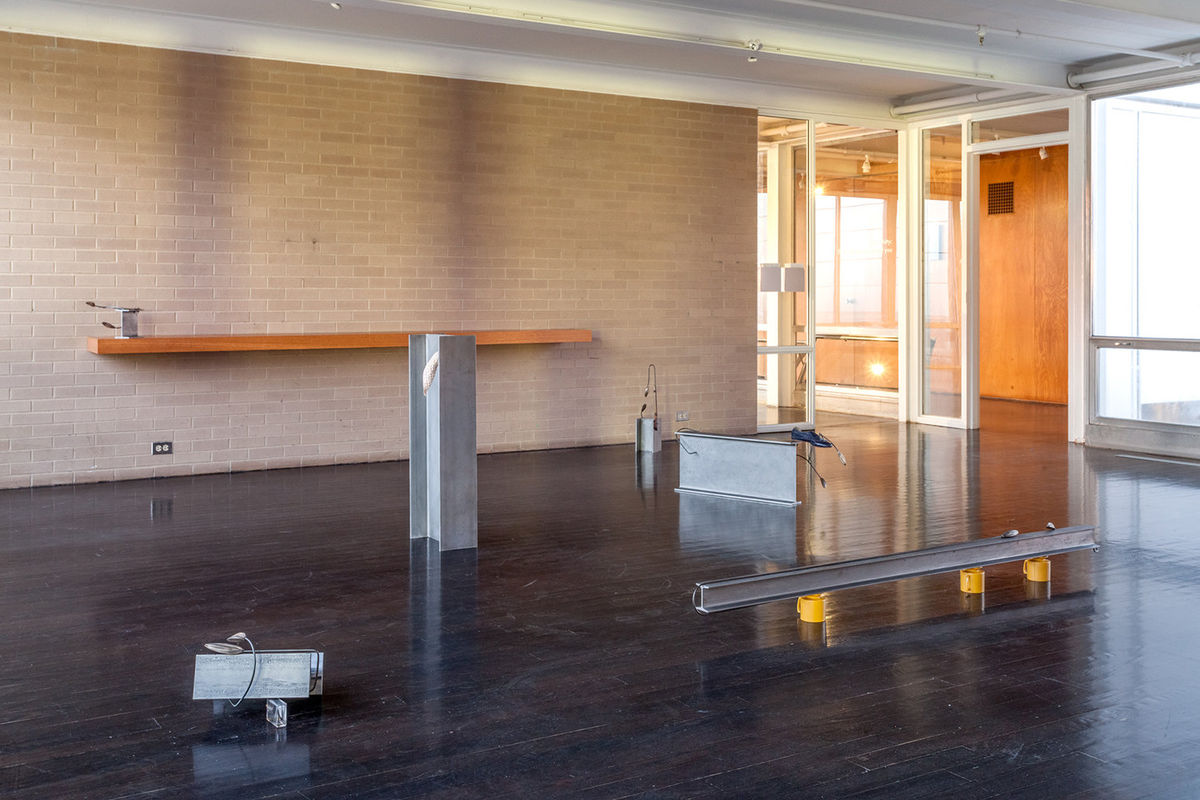 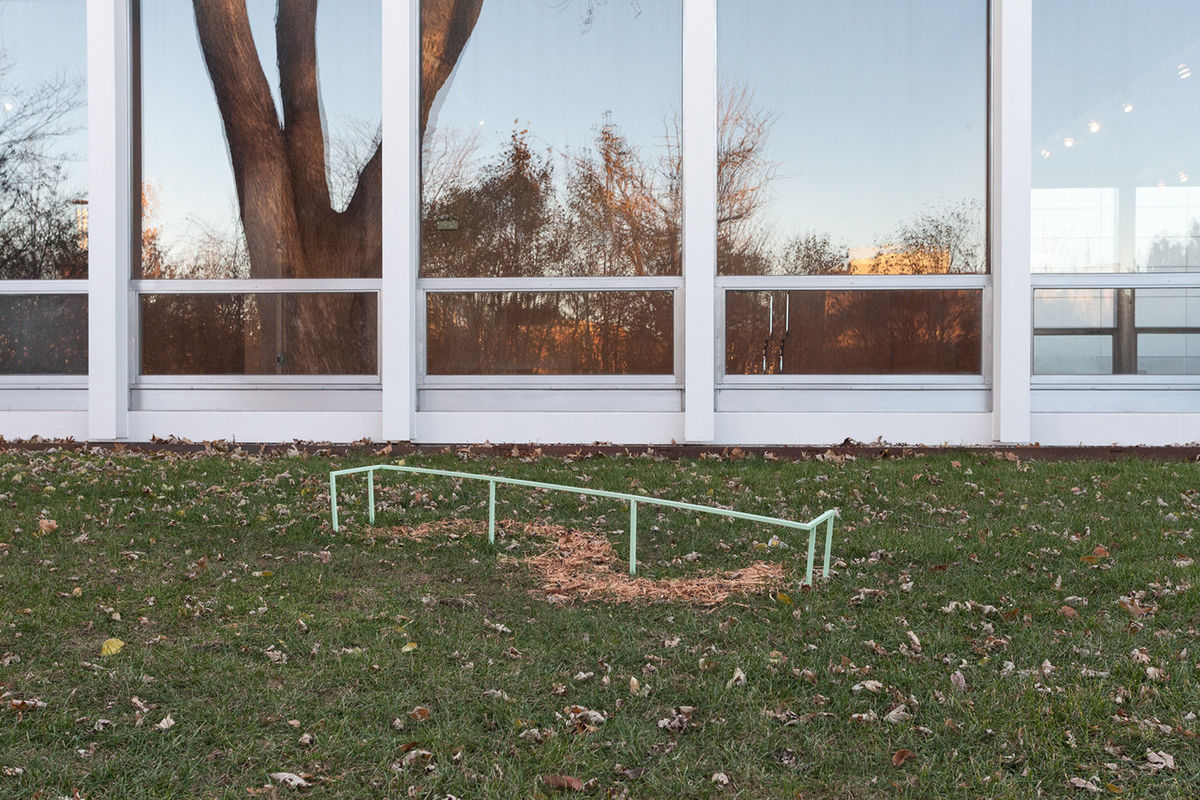 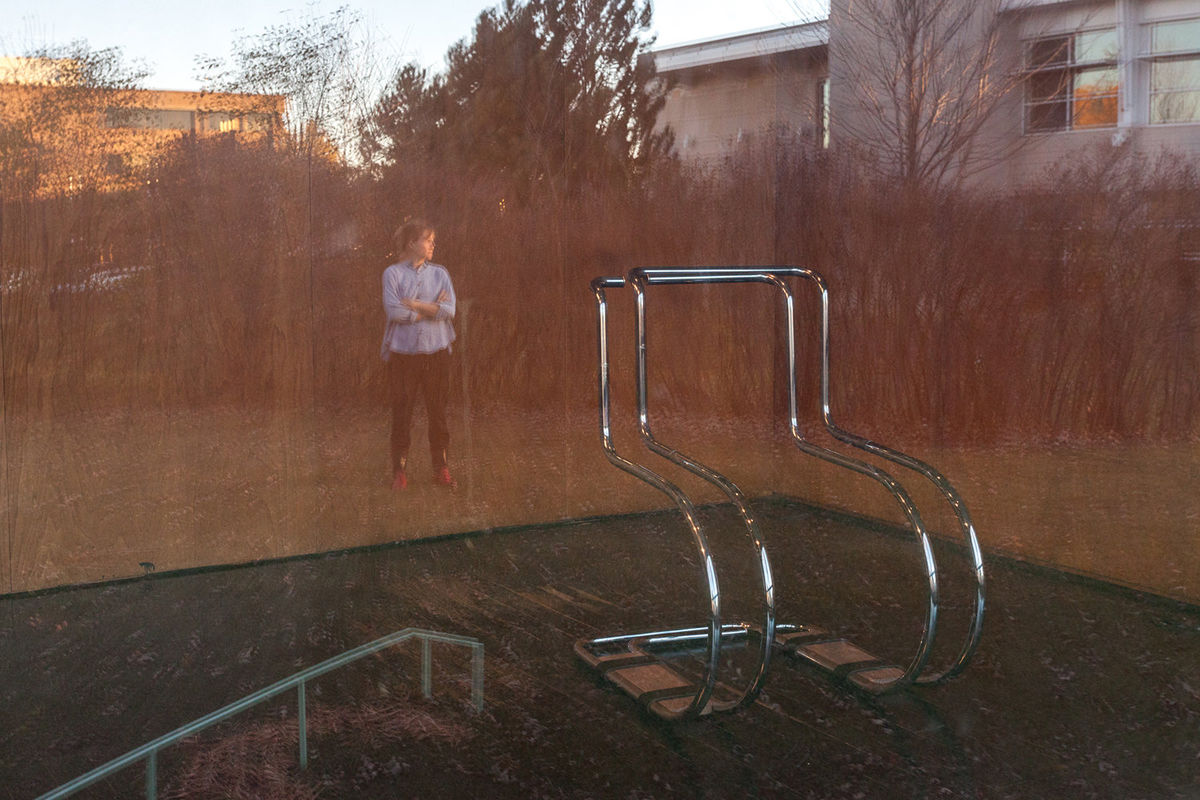 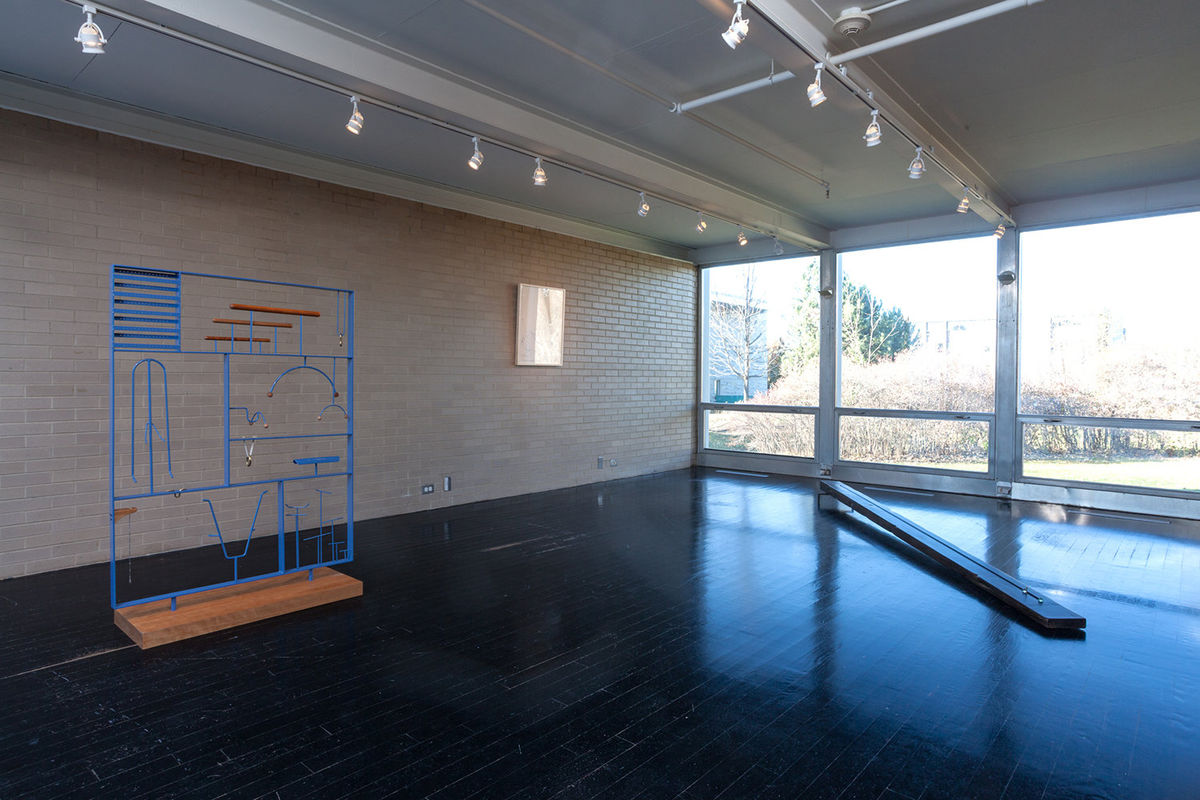 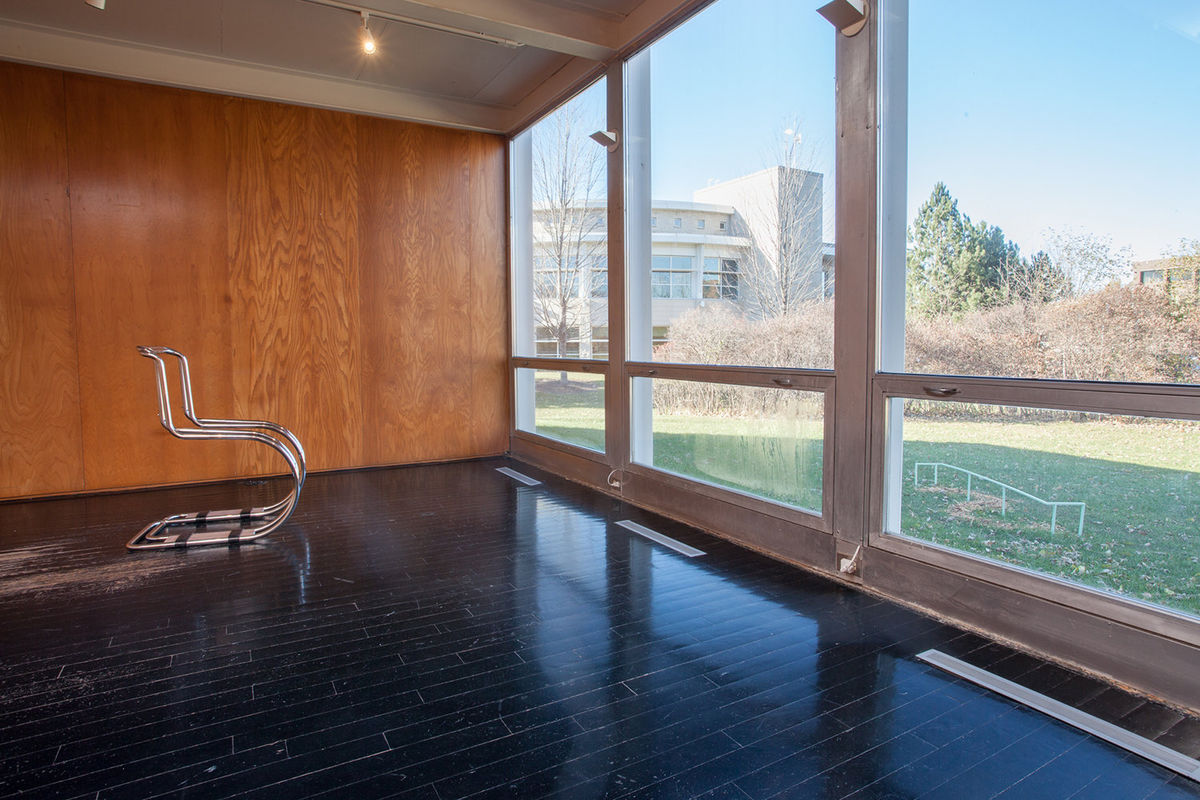