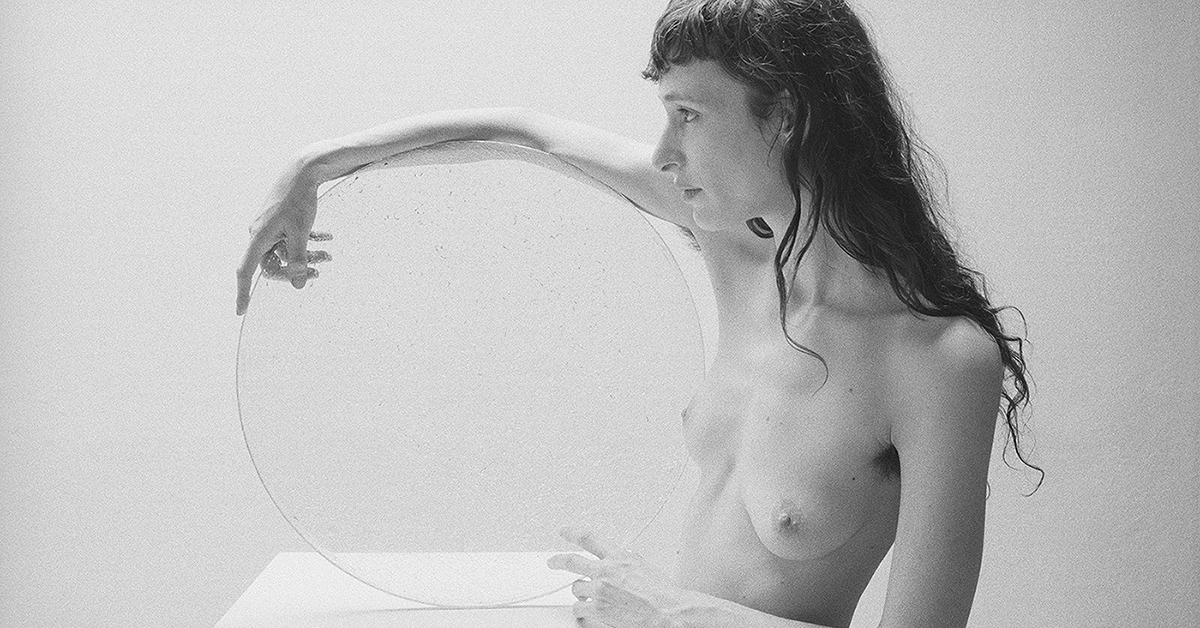 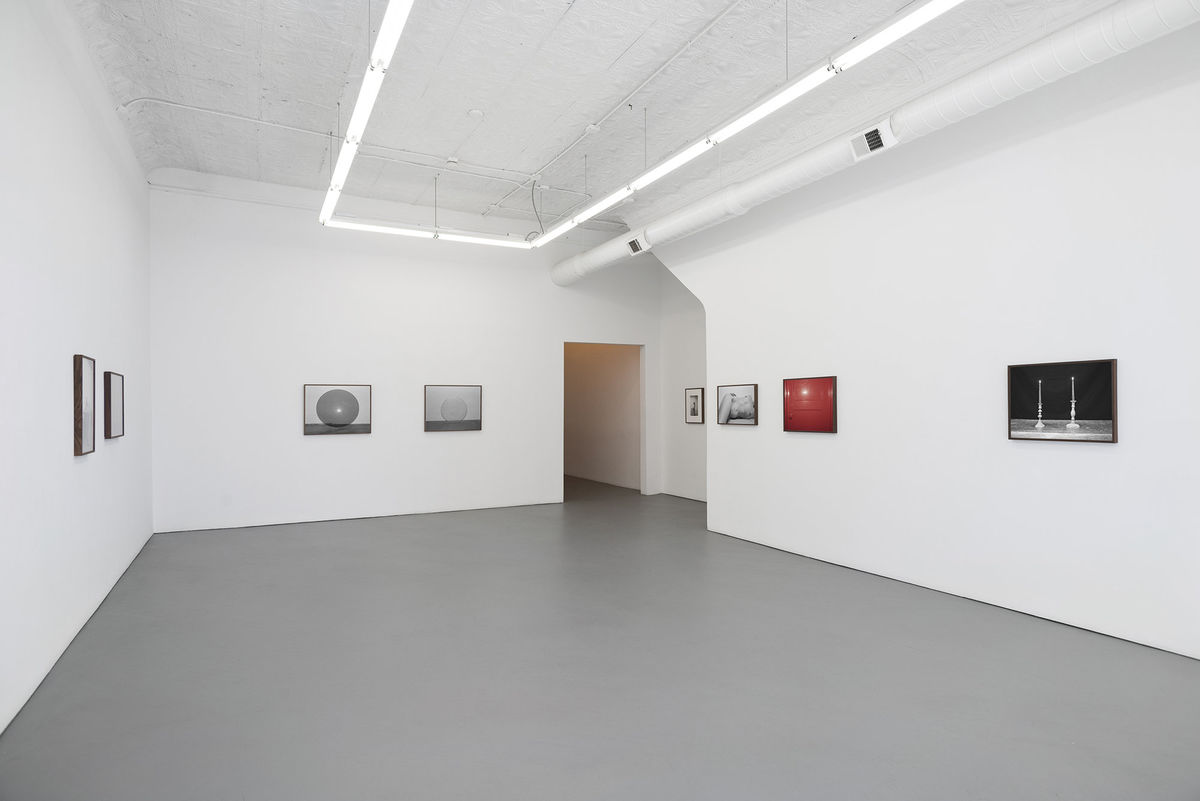 
But we are not unalike.
When we look at someone, we are seeing
someone else. When we listen
we hear something taking place
in the past. When I talk to her
I know what I will be saying
twenty years from now.

PATRON is proud to present our first solo exhibition with Los Angeles based artist, Melanie Schiff. The exhibition titled, Lay Lie Lay will open with a reception for the artist on May 18th, from 5-8PM, and will continue through July 7, 2018.

A slow tempo moves through Lay Lie Lay. Stillness saturates the work and action appears primarily through light – the burning of a candle and the flash of a camera. Time is tempered, and when strung together, the images begin to feel hymnal. 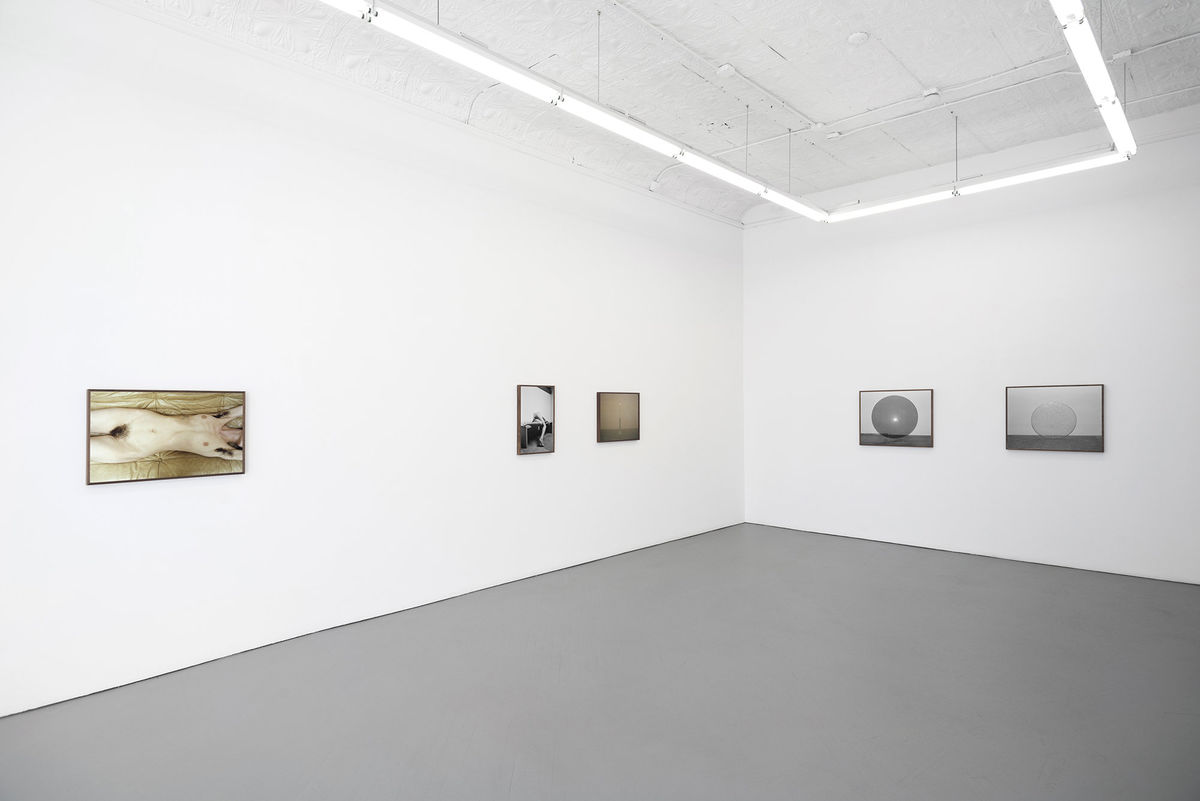 Schiff’s photographs explore the desire produced by gazing at one’s own body, and the body of another, opening up the yearning we feel for our past selves. The nude is in a state of rest — folded and reclined, stretched over worn leather, leaning against a pedestal, gingerly holding a sheet of circular glass. Schiff’s practice mines performative thinking and is drawn to how the corporeal being creates presence within a work. Quoting poses from the practices of Ana Mendieta, Hanna Wilke, and Carolee Schneemann, she frequently uses herself for tests, establishing a sense of identification with the figure and ownership of the body.

Schiff resists photography’s heightened production pace through shooting with 35MM film and pushing the speed, emphasizing the physicality of the film’s grain. The photographs, in turn, are self-declaratively still. In Zumi Soft and Silk, the grain is so heavy that the subjects begin to merge with the background, collapsing spatial depth. Color throughout the show is understated, but it’s appearances in works such as Red Door and Zumi Stretched rupture the quietude of the black and white images. Seemingly disparate objects are sprinkled throughout, uniting them is their inherent resonance with the body. A doorknob beckons for the twist of a wrist. Candles become figurative and their verticality echoes the human stature. Each photograph hinges on a singular focus, slowing the viewer’s consumption of imagery and conjuring a feeling of devotion. 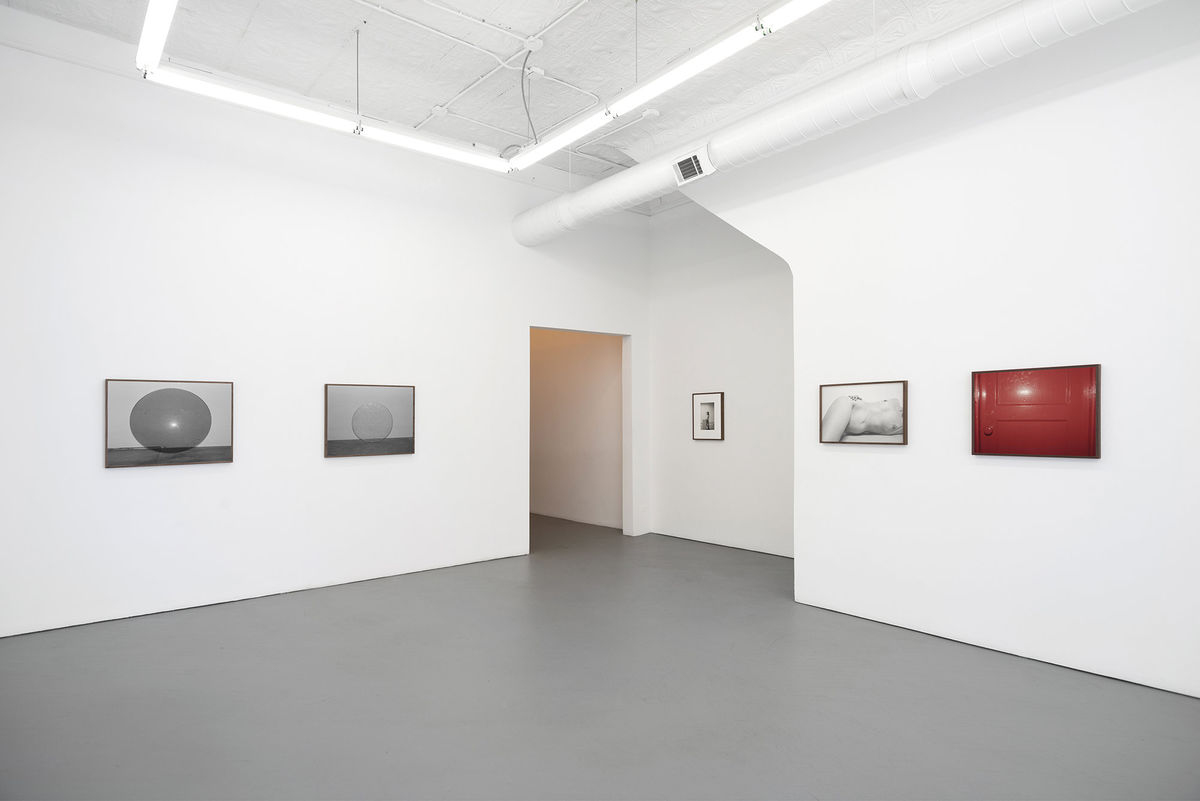 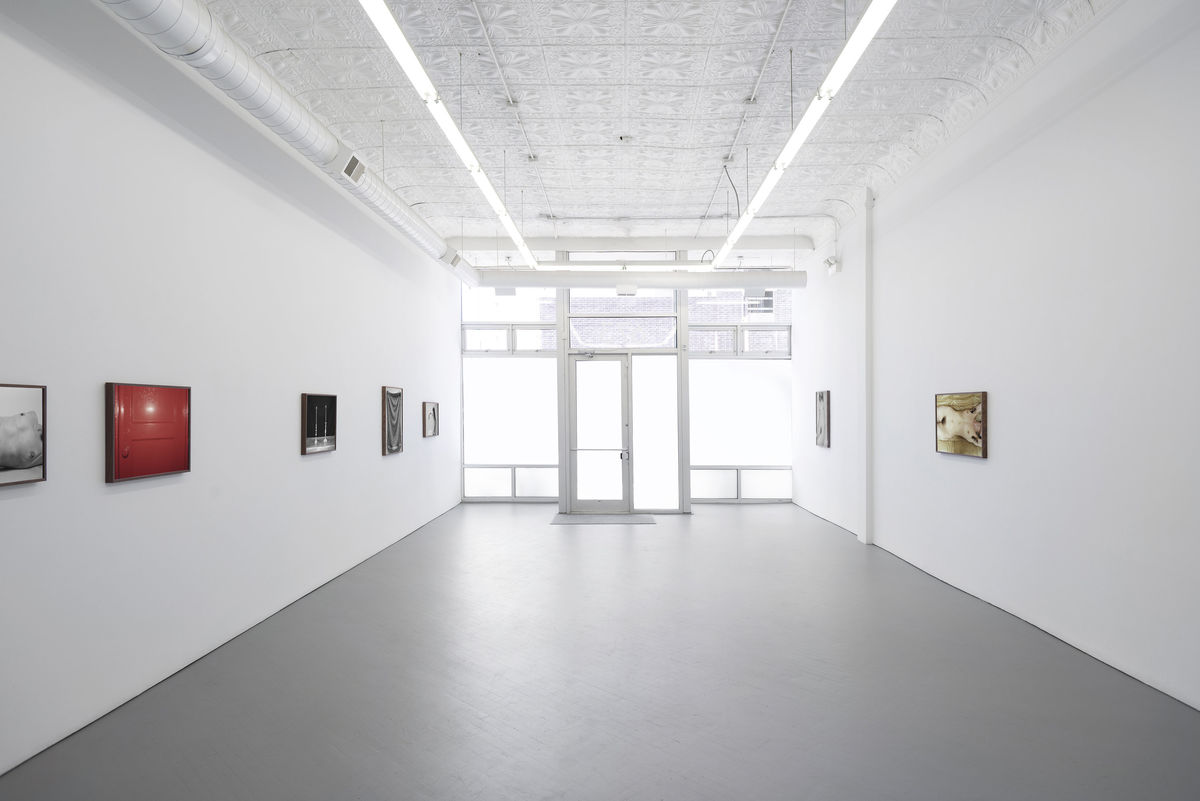 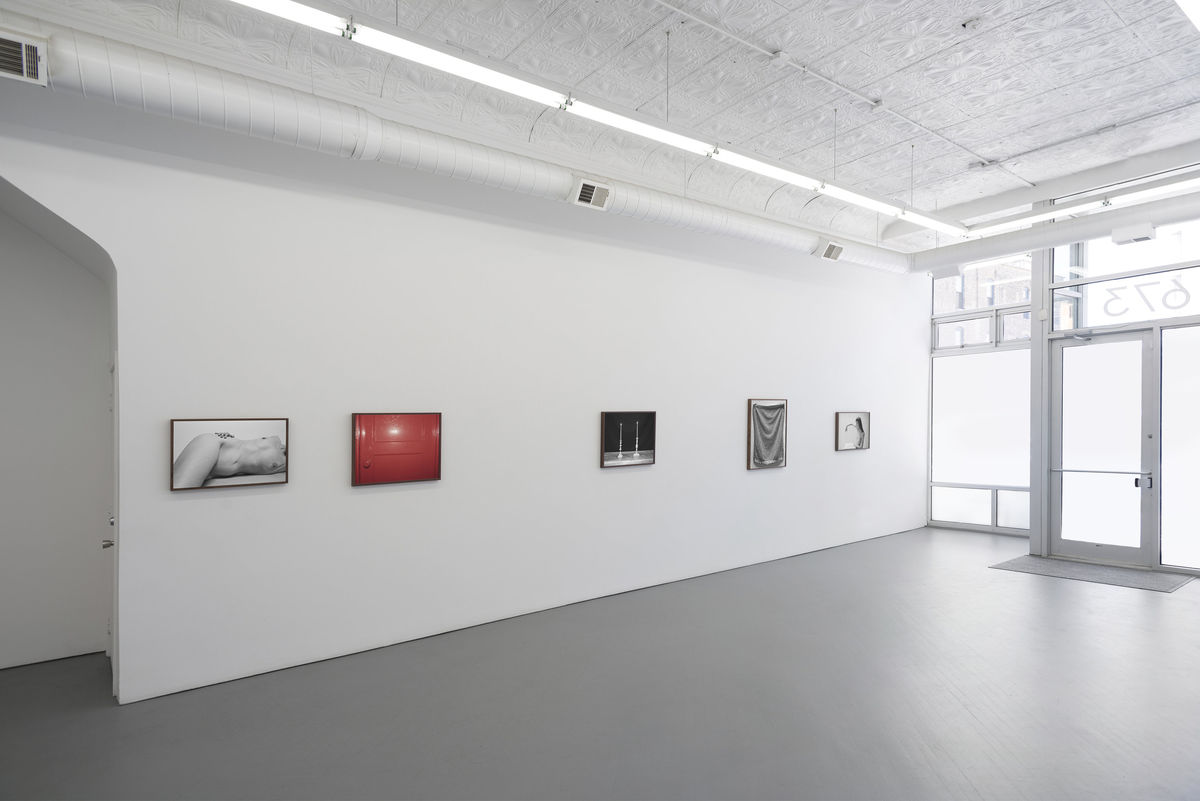 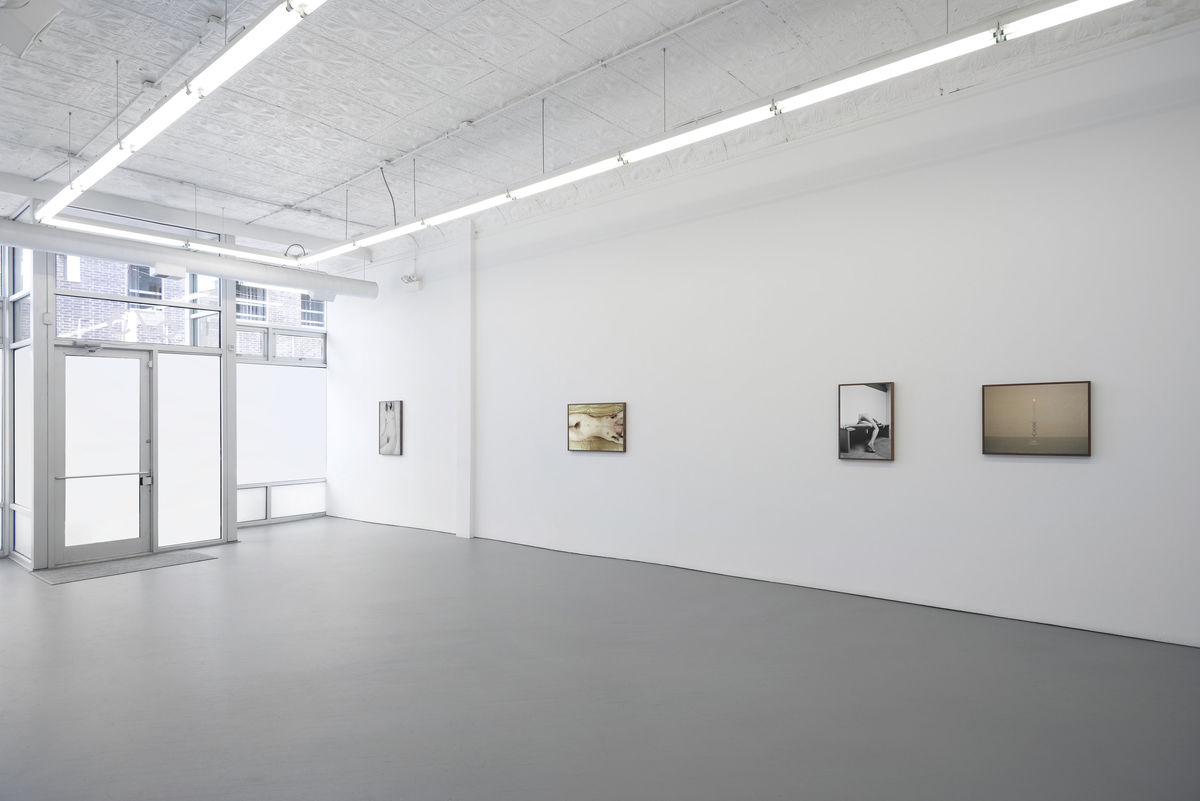 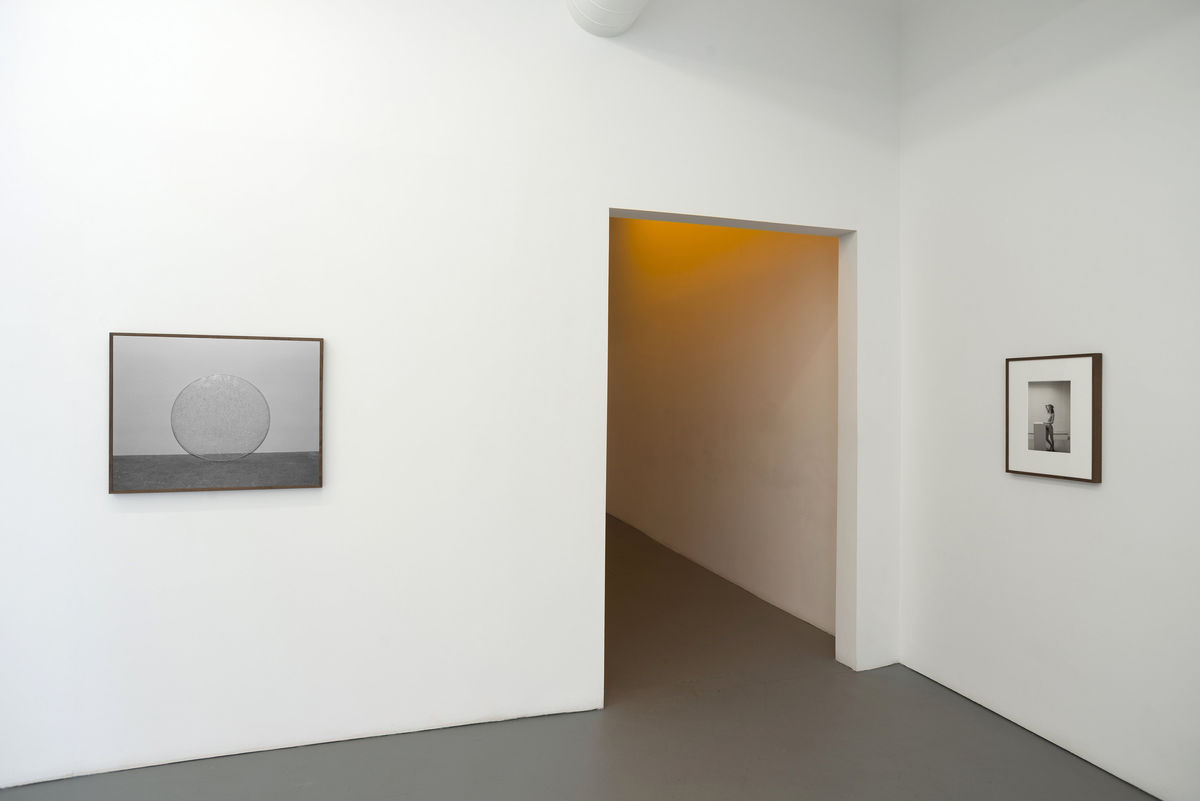