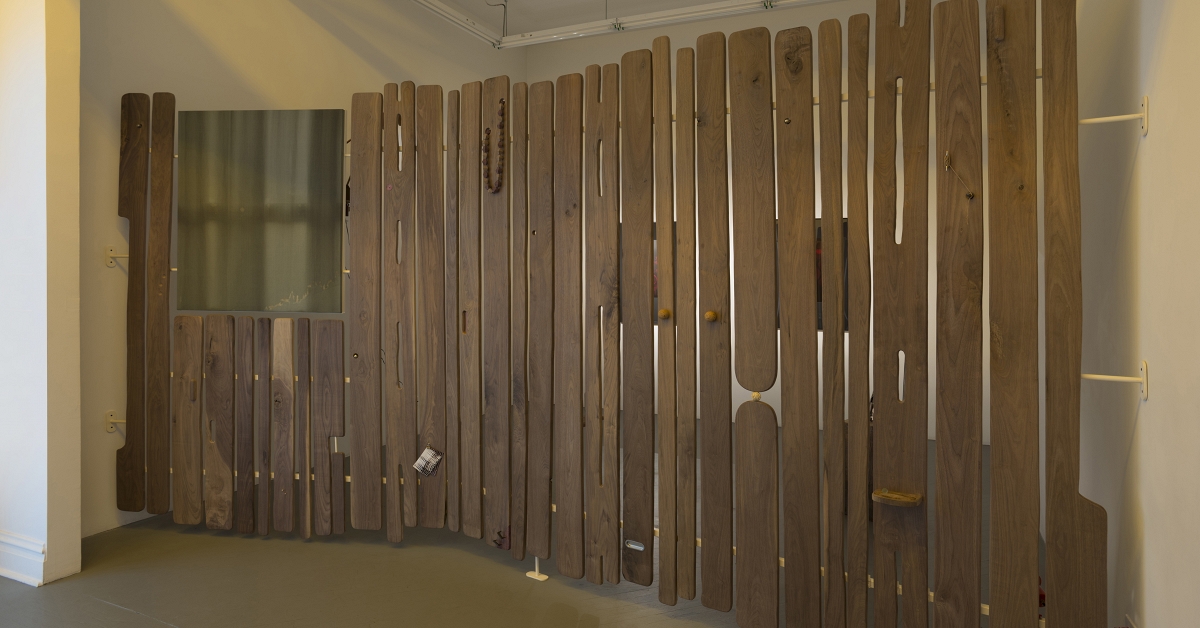 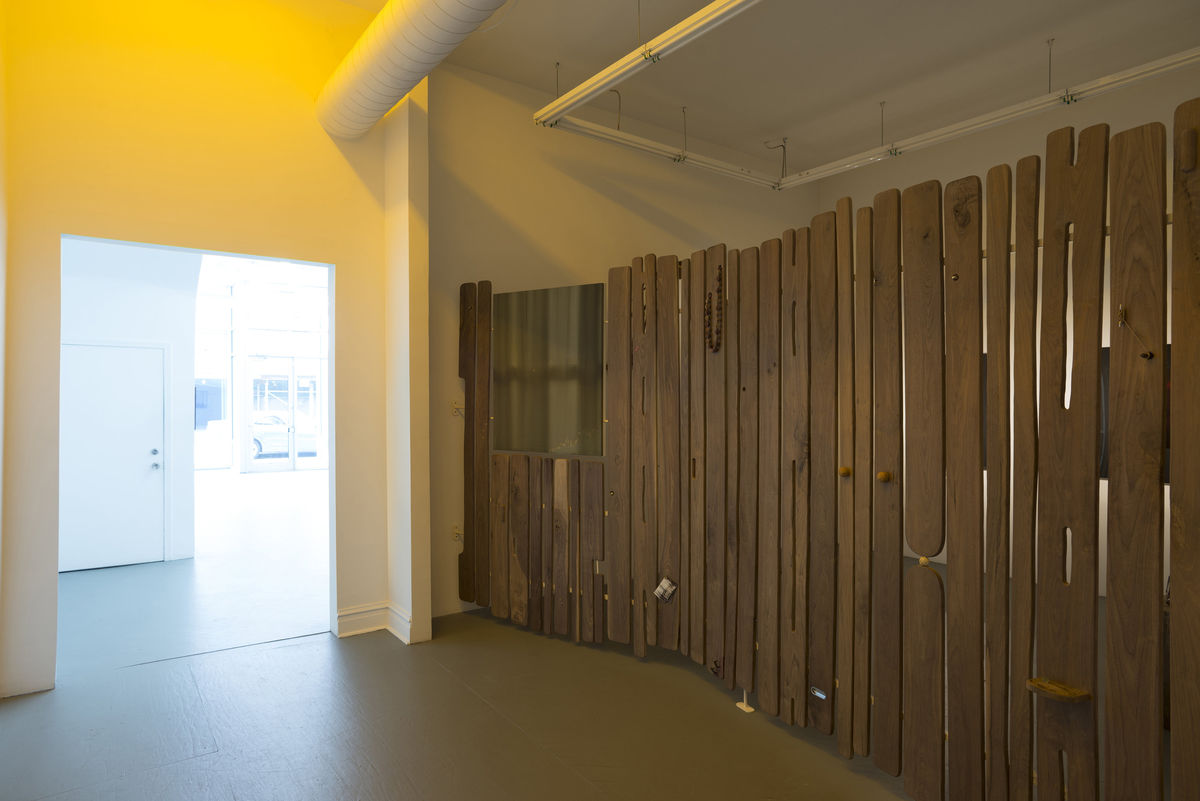 PATRON is proud to present a solo presentation of Chicago based artist, Alex Chitty. The exhibition titled pulling flavor from the dirt will open with a reception for the artist on May 18th from 5-8PM and will continue through July 7, 2018.

pulling flavor from the dirt, there is actually a word for this - Terroir . It describes the characteristics of wine imparted by the environmental context where the grapes are grown - its topography, climate and soil. The subtle expression of a place that is evidenced in traits as gentle as color and taste reveal the nuanced connections between things and the impossibility of charting these relationships with any absolute certainty. 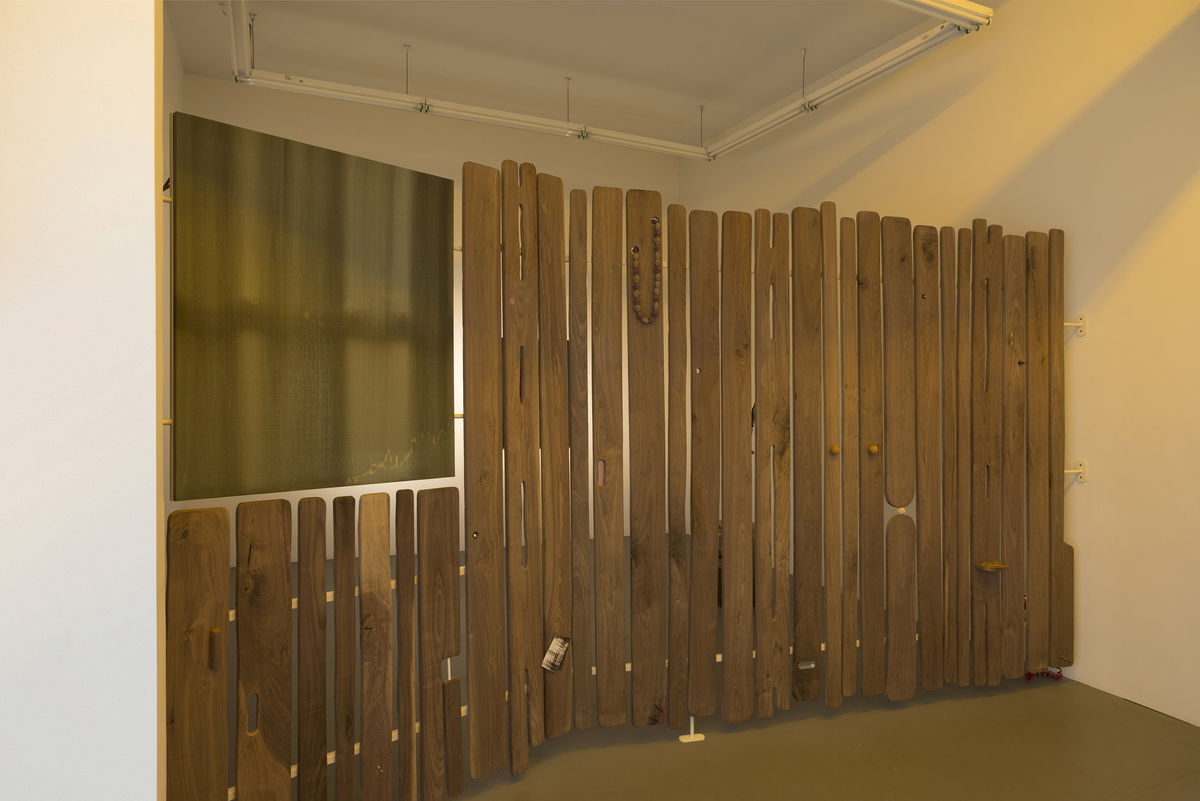 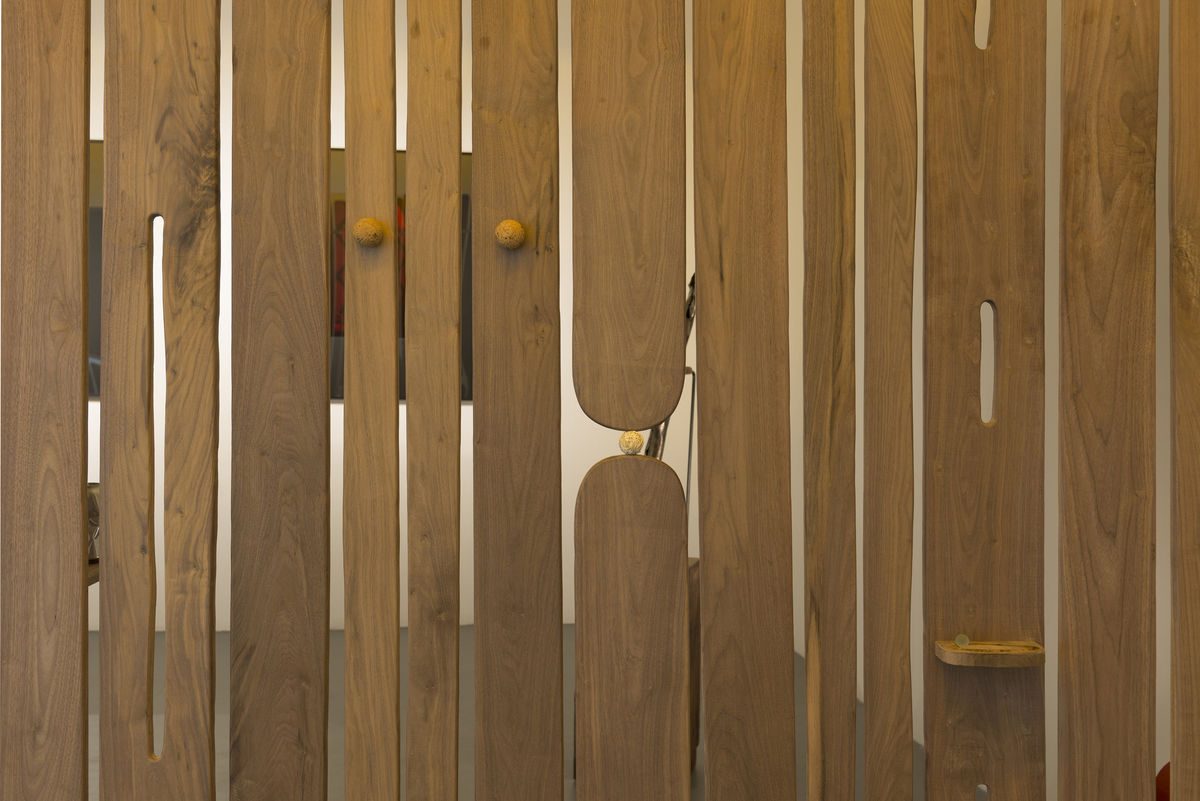 This year I got my first pair of eye glasses; my left eye is nearsighted and my right eye is farsighted. Each eye sees its own image and then recalibrates to compensate for the truth of the other. My eyes tire easily, but I like thinking about the actual details of this function. How gorgeous to surrender one’s own gospel and invite the influence of something running in contrast to the “realities” we have either inherited or built for ourselves. 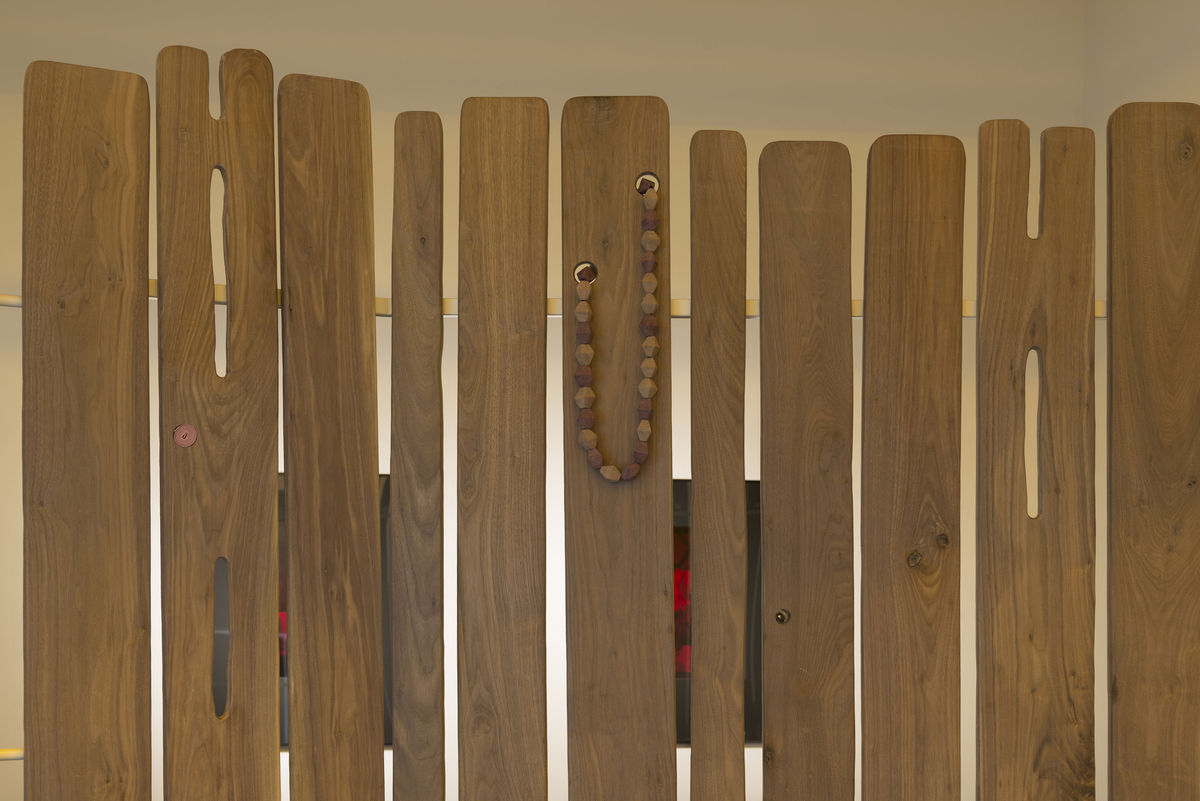 pulling flavor from the dirt breaks from the historical use of a passive, single viewing perspective. The multiple vantage points of the walnut structure dividing the space and what lies beyond and within the room, emphasize a plurality of perspectives and an active way of looking. The final constructed “reality” of the space is uniquely personal and serves as a reminder of how our individual perspectives and experiences frame, antagonize, and shape what we think we know. When you begin to imagine the world and all of its contents, including us, as “matter”, categories bleed into one another and the attempt to define any of them as distinctly singular seems ridiculous. My own practice defines itself through its intentional resistance to being defined.

Installation and detail views from Alex Chitty’s pulling flavor from the dirt: 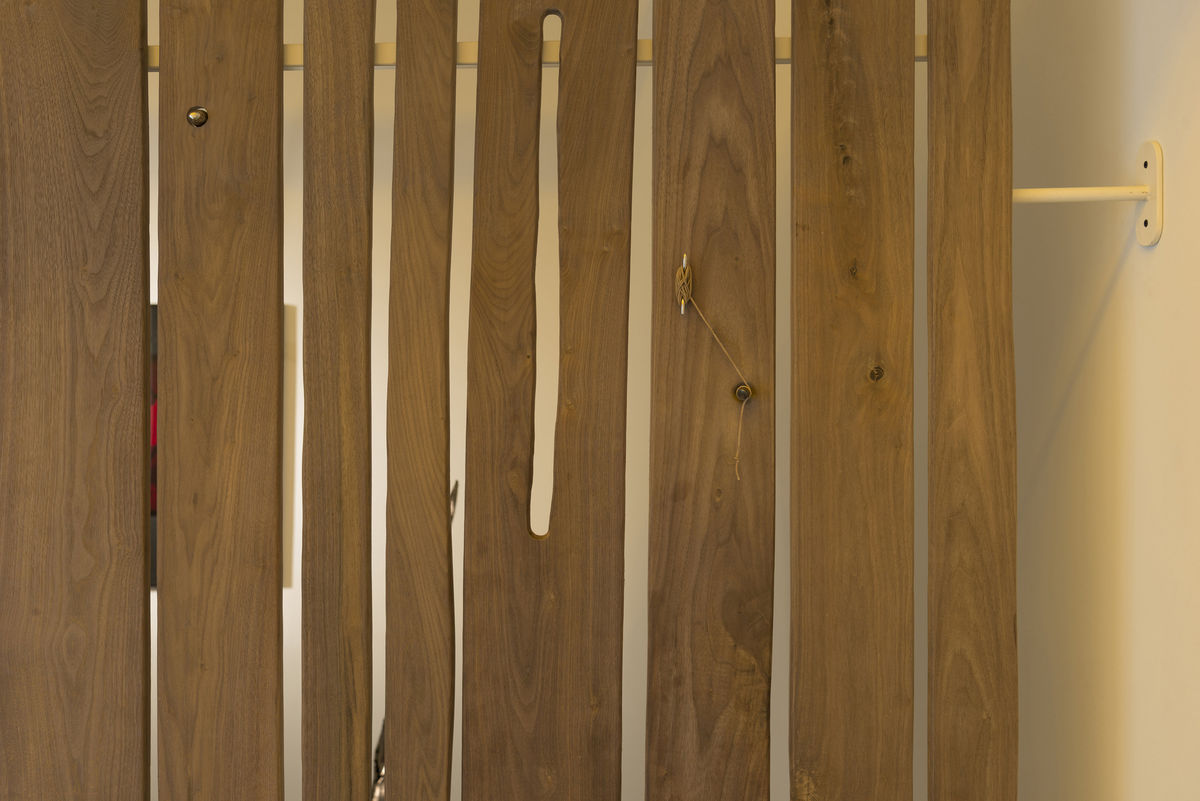 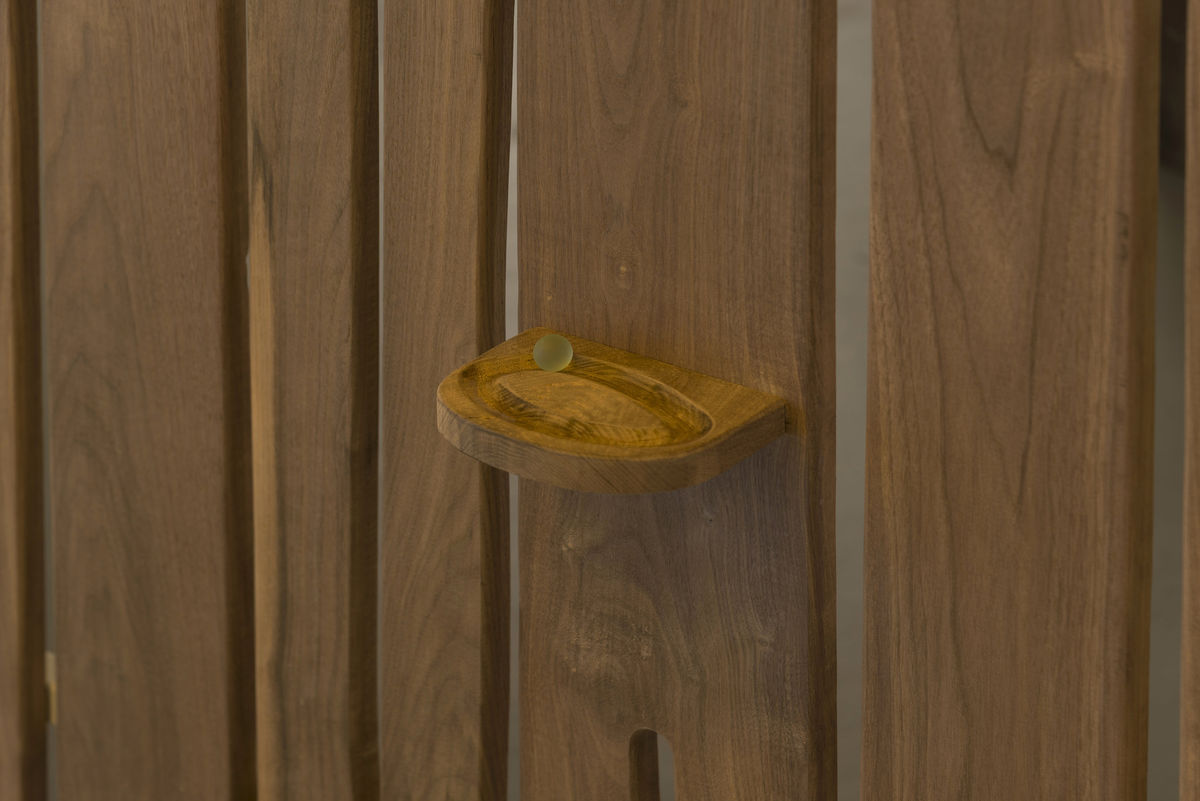 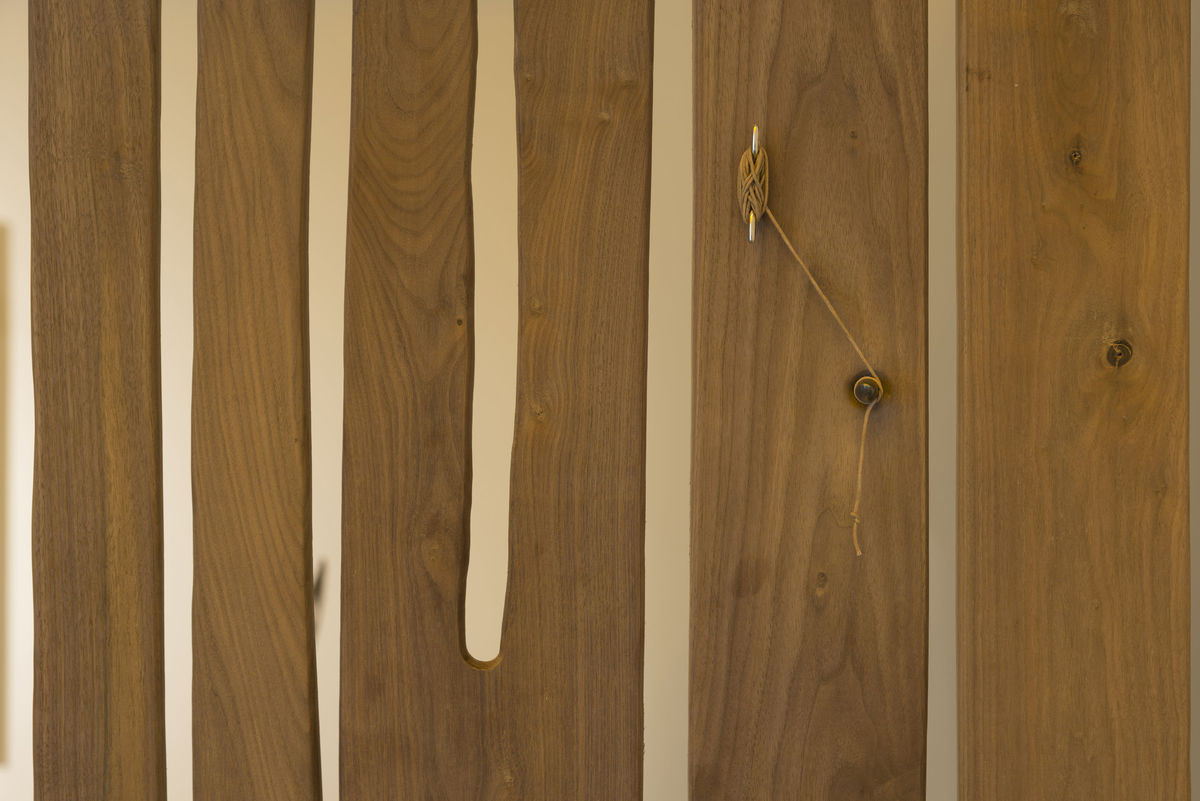 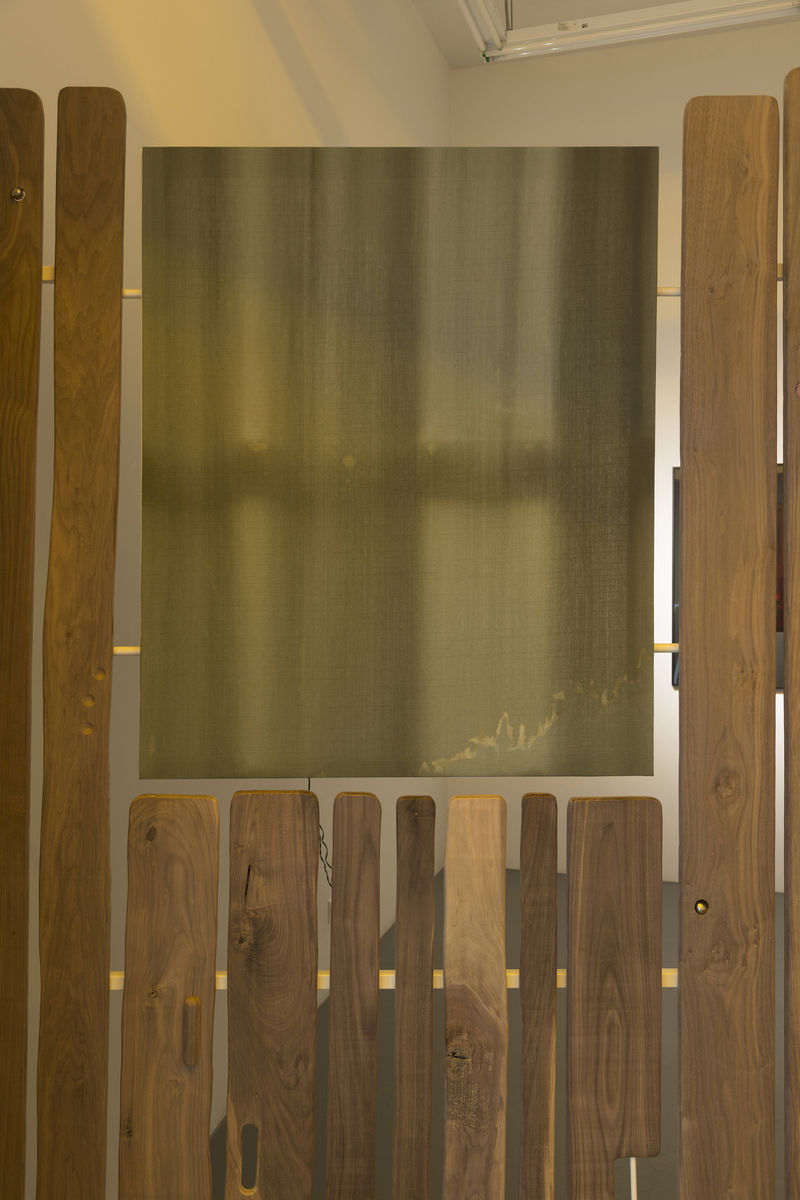 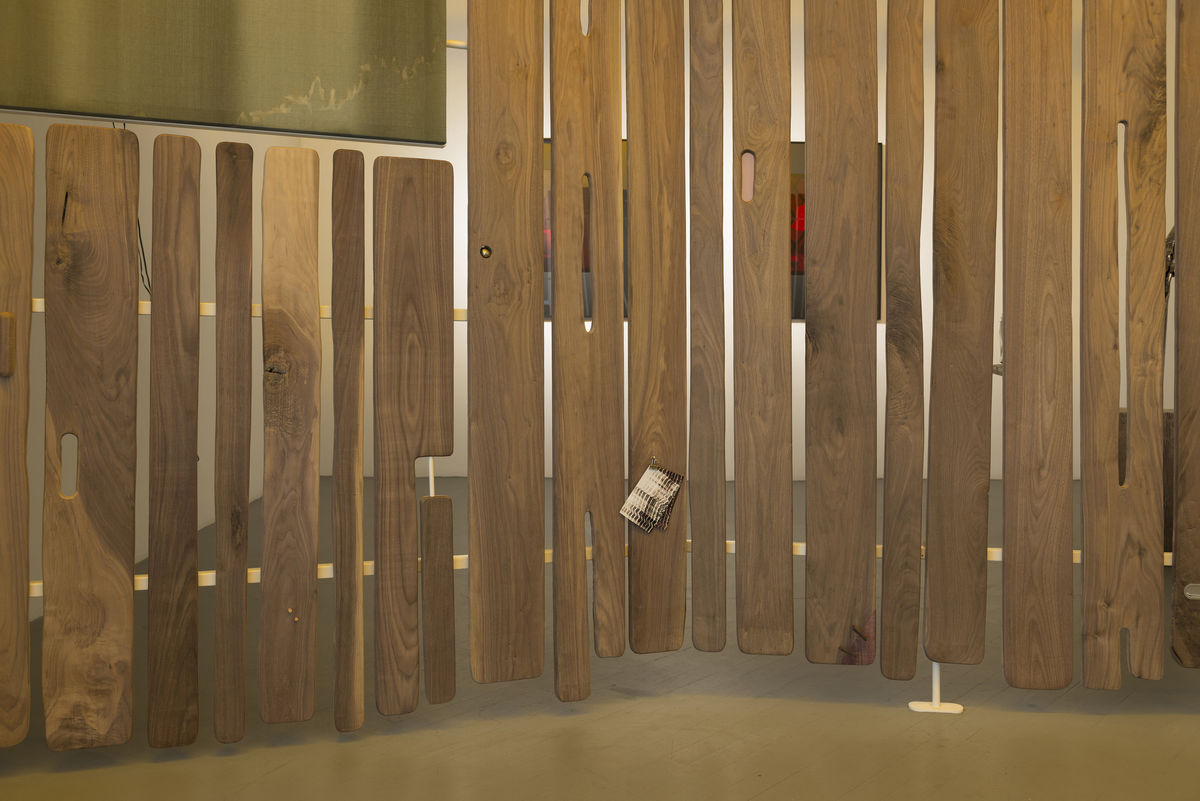 ALEX CHITTY (b. 1979, Miami) lives and works in Chicago, IL. She received a Bachelor of Fine Art from Smith College and a Master in Fine Arts from the School of the Art Institute of Chicago where she is a professor in the Sculpture and Print Media departments. Recent exhibitions include: They will bloom without you (2017), Elmhurst Art Museum, Elmhurst, IL; After (The sun-drenched neutral that goes with everything) (2018), The Anderson Gallery, Virginia Commonwealth University, Richmond, VA; Objectifying the Photograph (2017) at NIU Art Museum in DeKalb, IL; Small Sculpture (2017) at Corbett vs. Dempsey in Chicago, IL; the sun-drenched neutral that goes with everything (2016) at PATRON in Chicago, IL; Turning Spoons into Forks (2016) at Hyde Park Art Center in Chicago, IL; Alex Chitty and Chris Bradley (2015) at Shane Campbell Gallery in Chicago, IL; Orchid (2014) at ADDS DONNA in Chicago, IL; The Way They Wanted to Sleep (2013) at Andrew Rafacz Gallery in Chicago, IL.