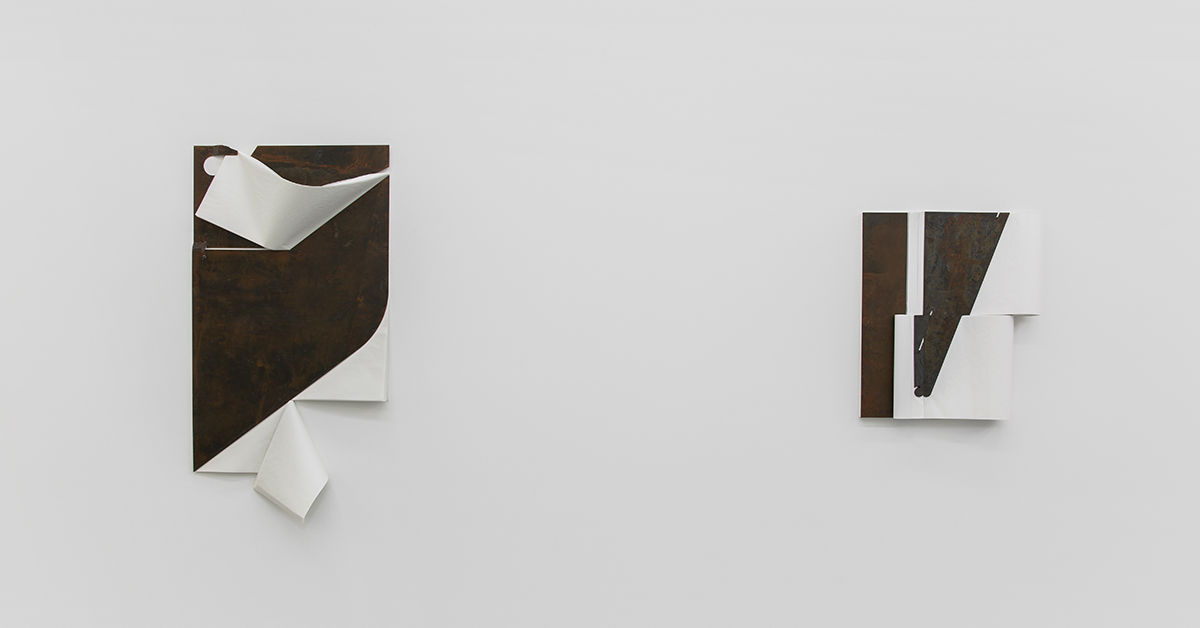 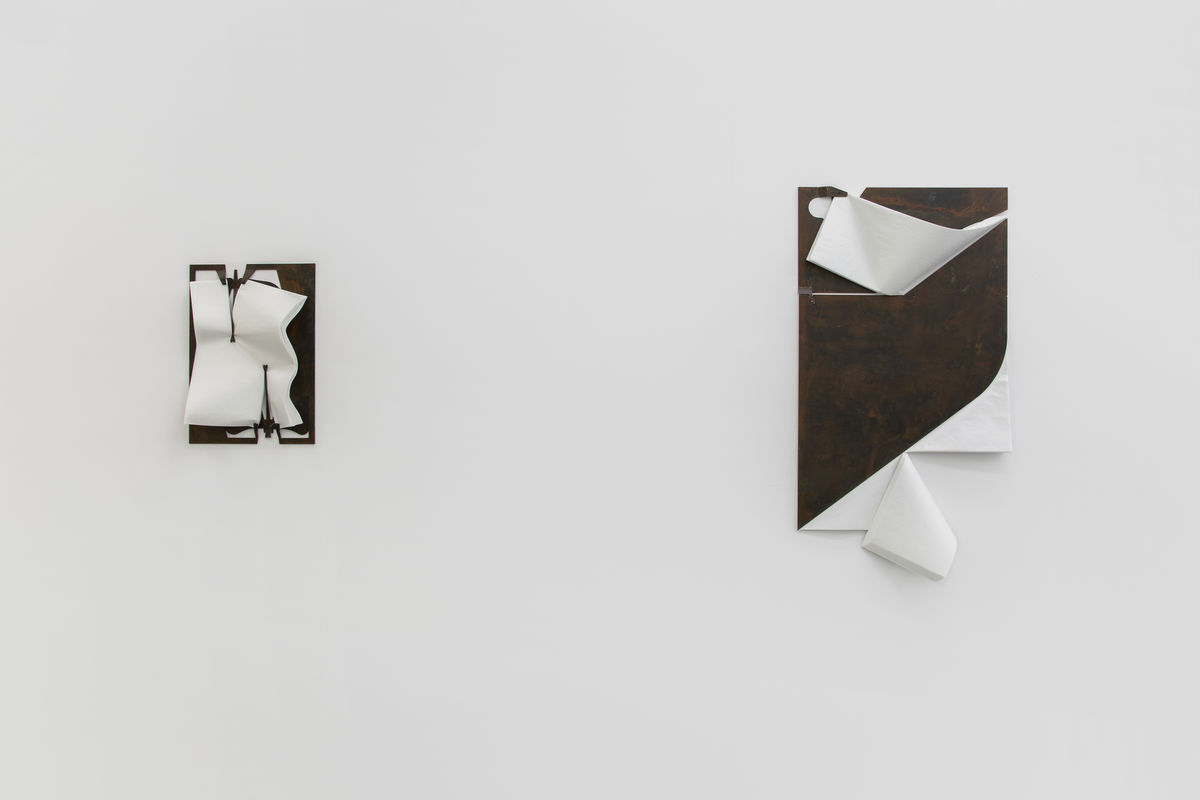 All photography by Greg Carideo

Lucas Simões’s sculptural work combines sturdy materials like steel and concrete with more delicate ones, such as paper and copper. The artist’s thoughtful juxtapositions of materials emphasize the tension between built form and unstable matter to achieve a gentle balance via the elusive force of gravity. In this way, his work draws attention to the invisible phenomena that affect the material world. Trained as an architect, Simões’s practice as an artist is driven by the impetus to ‘make strange.’ His artistic practice is grounded in the aesthetic heritage of the Russian avant-garde, particularly that of the Soviet Formalist writer Viktor Shklovsky who is best known for developing the literary concept of defamiliarization or ‘estrangement’. For Shklovsky, art acted as a tool that allowed artists to turn something ubiquitous into something peculiar that could conjure new perspectives on the part of the beholder. 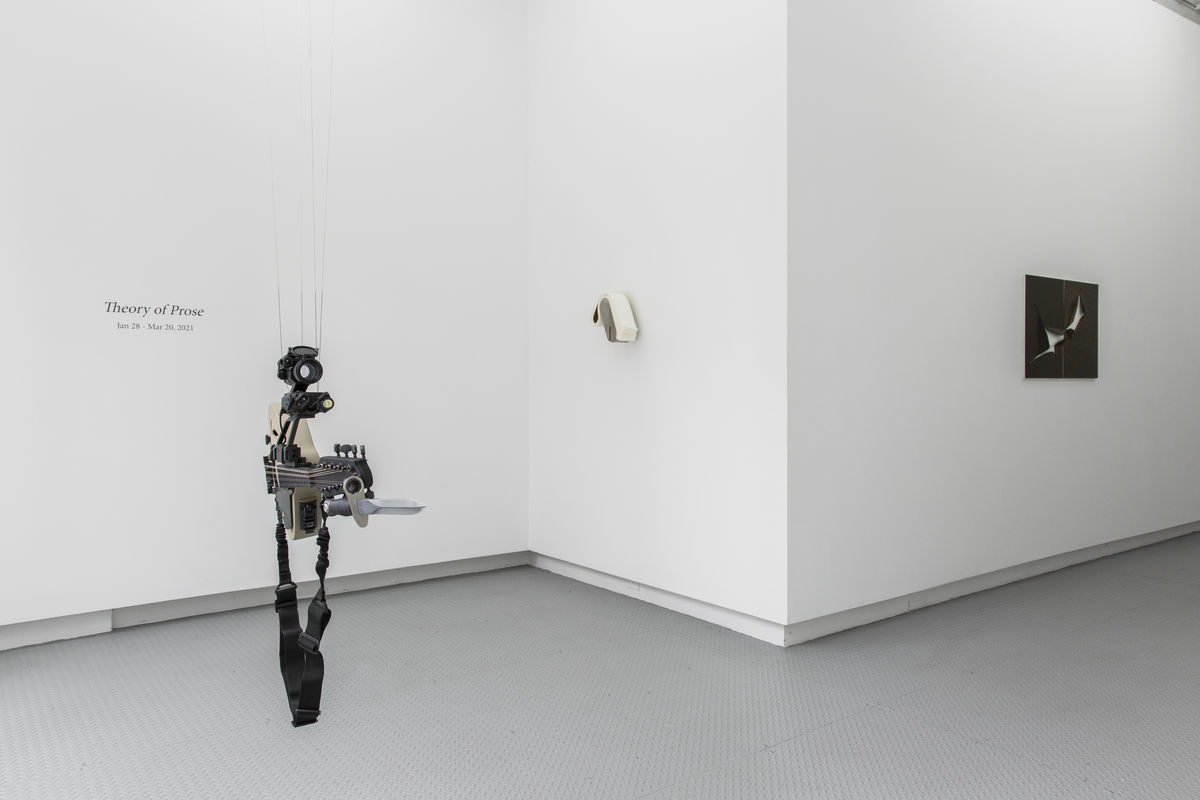 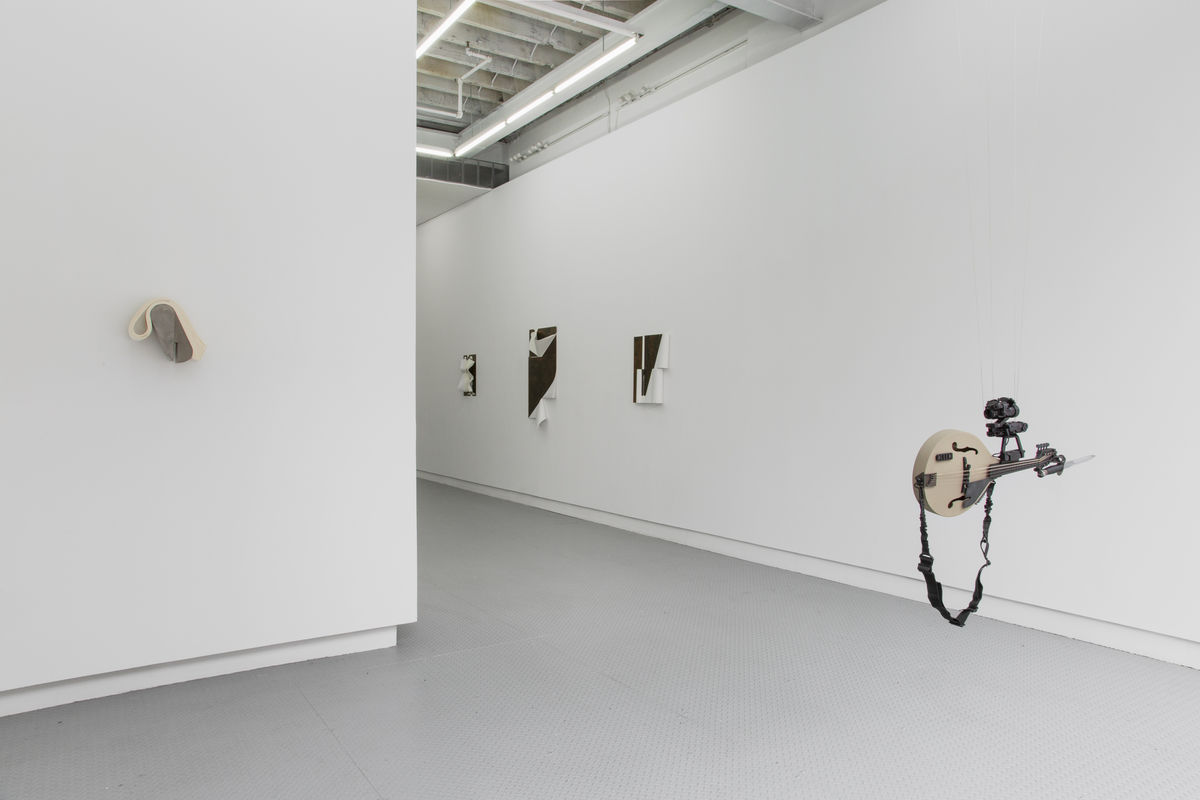 This conceptual framework is equally helpful when considering the work of Maskull Lasserre. Having travelled to Afghanistan as an artist with the Canadian Forces, Lasserre has developed a body of work that plays with the ontology of objecthood. The artist engineered functioning musical devices drawing from the realms of military weaponry and traditional symphony orchestra. The visual form and the designed function of these objects is balanced between the divergent theatres of music and war. This body of work adopts objects of discipline, training and allegiance that belong to disparate discourses and contexts and brings them together into a singular and functioning form, thus yielding a dialogue between two otherwise dissociate fields. Through his artistic process, Lasserre explores how cultural mechanisms of harmony and violence can be coopted, conflated and spun. 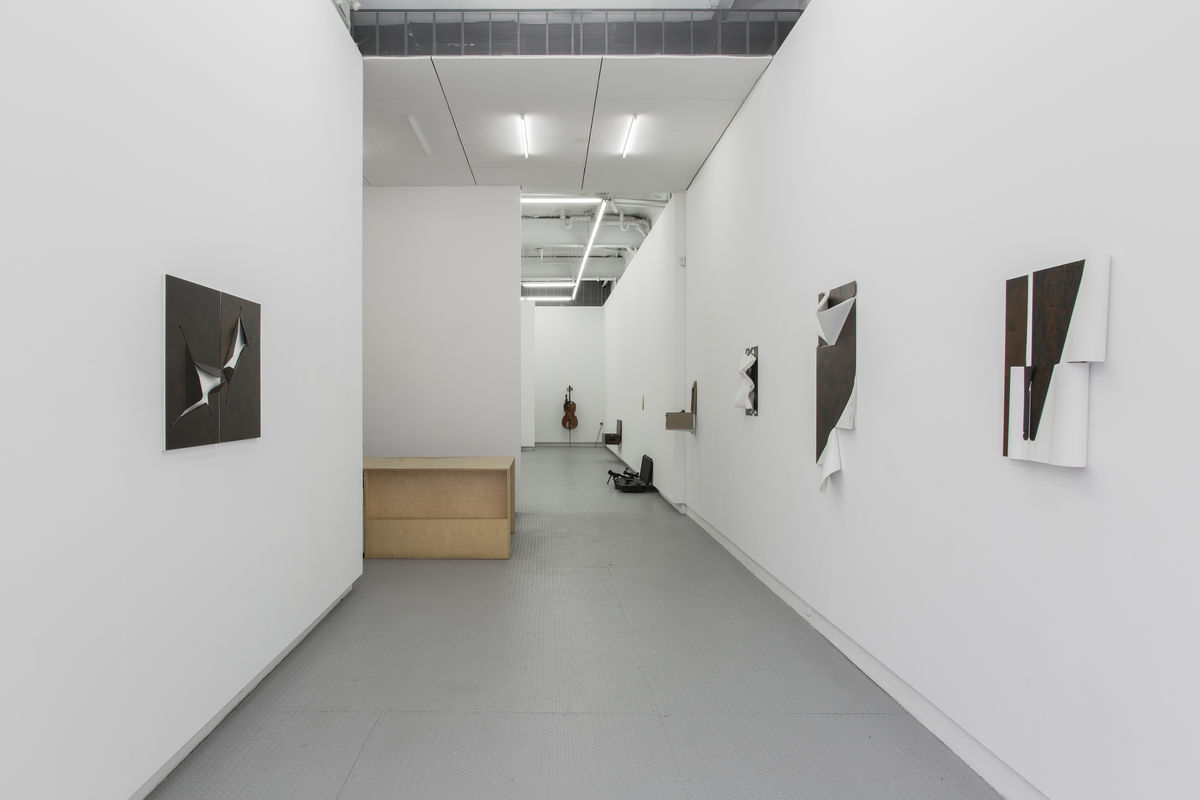 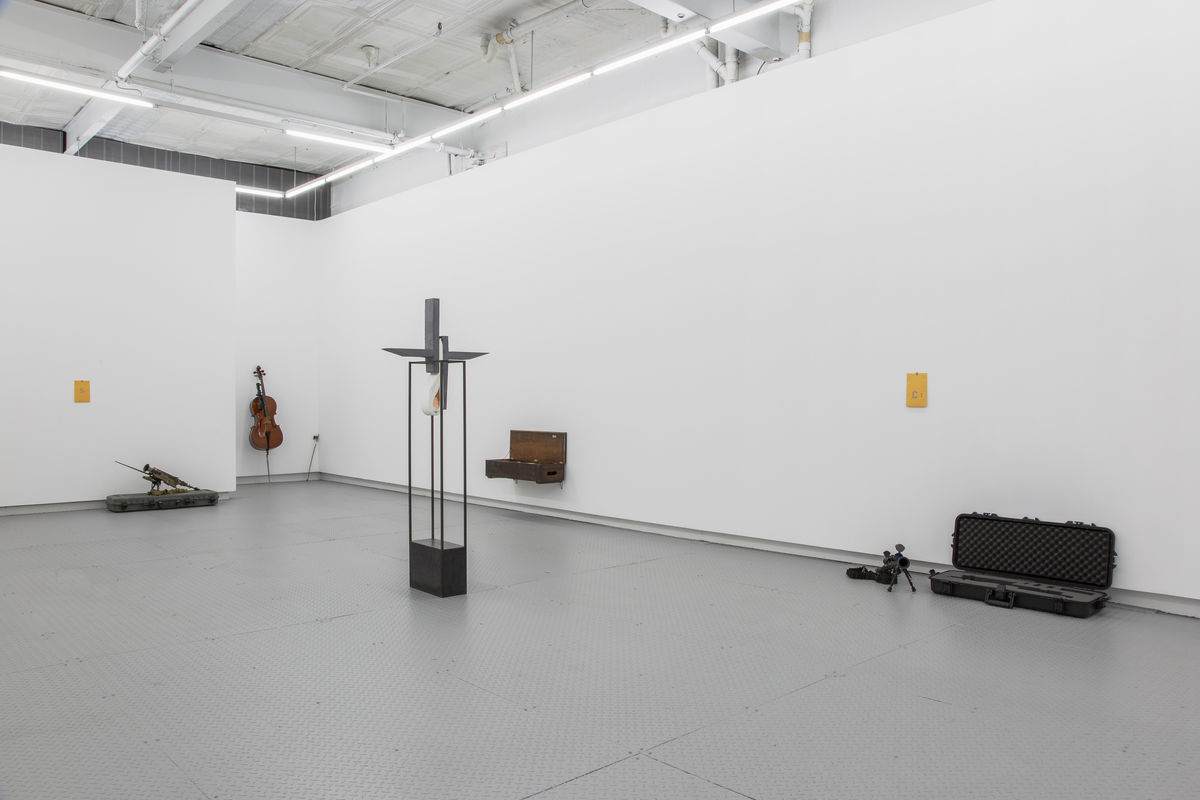