Samira Yamin : All the Skies Over Syria 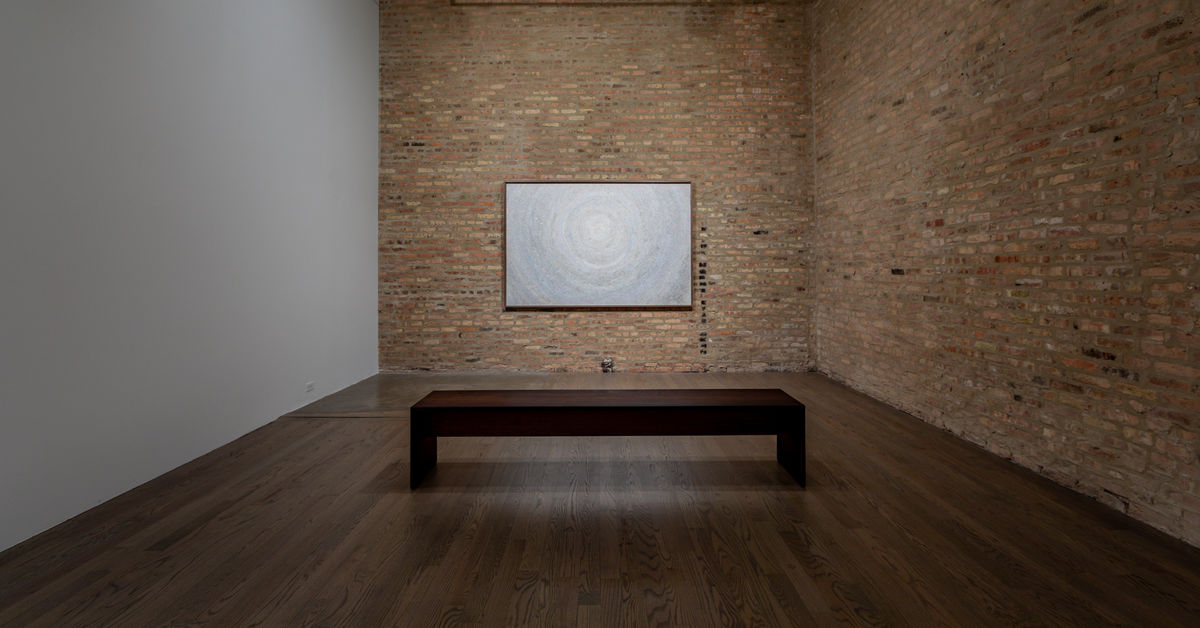 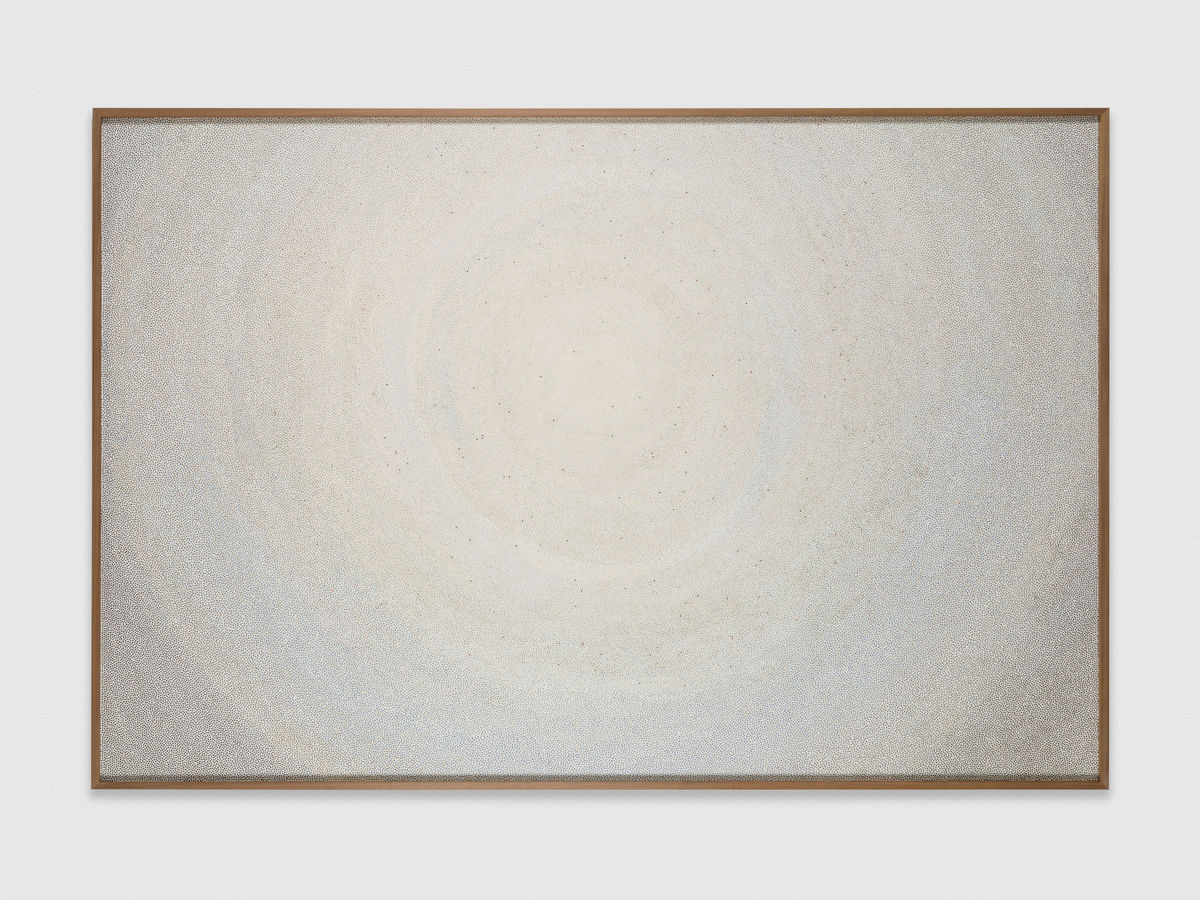 What to do with such knowledge as photographs bring of faraway suffering?
- Susan Sontag, Regarding the Pain of Others

In her second solo exhibition at PATRON, artist Samira Yamin presents All the Skies Over Syria, a meditative installation of a singular photographic work that was composed over the course of four years. This piece is part of a series of works comprising elements of TIME magazine coverage of Syria since the Arab Spring. Within a photojournalism context, pictorial tropes of war in the Middle East often depict grey skies above smoldering, barren landscapes. Here Yamin has accumulated every image depicting Syria or Syrians in TIME between 2011-2019 and transformed the material into a mosaic-like composition that appears to undulate. As an approach to reanimating or making “dynamic again” the still representations of an already vast and ephemeral subject like the sky, she aims to condense into a single image nearly a decade’s worth of representation. An aesthetic gesture that becomes a metaphor for untethering static and narrow representations of this region of the world. 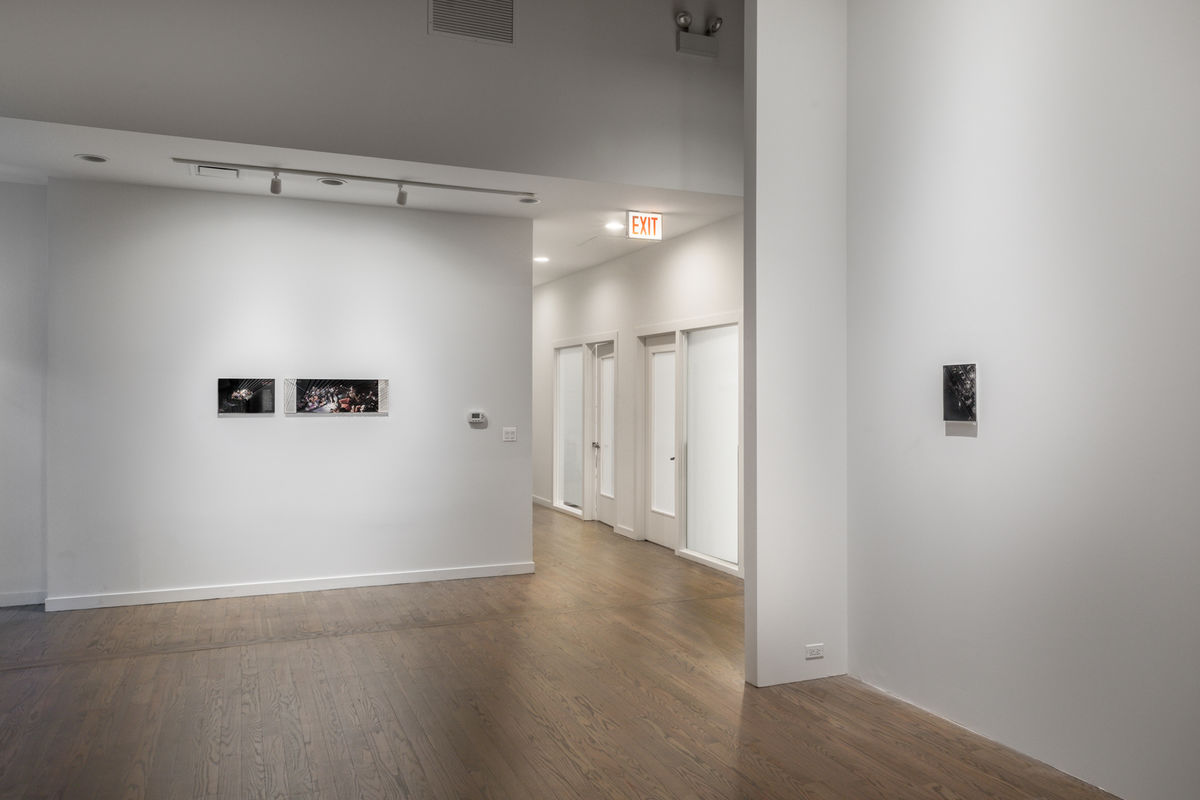 In the exhibition, the viewer is invited to sit and ruminate on the circular, swirling, canonical form of abstraction that Yamin created with nearly surgical precision from thousands of tiny hand-cut triangles, which were derived from only the areas of sky in the magazine pages. It elicits a material poeticism when read as an accumulation of micro-histories liberated from their original context. Yamin’s practice is firmly situated in photography, with an interest in questioning the innate shortcomings of representation within the medium. For instance, the impetus to photograph something is already in and of itself a construction and mediation of the subject. Her early works using TIME magazine intervened by cutting patterns into the pages of the publication as a purposeful means to obstruct part of the image from the viewer, while embracing the tension between the reproducible and the handmade. The artist explains, “I’m distrustful of the notion of truth-telling. We are constantly narrating the world back to ourselves. Subjectivity is always the lens.” The hypnotic opticality of these earlier works as well as All the Skies Over Syria borrow patterns and sacred geometries from Islamic art traditions, which aim to articulate the infinite nature of the universe. By transforming the media images into their own type of constellation, Yamin slows down the reading of the image to perhaps suggest that one may find overlooked patterns. 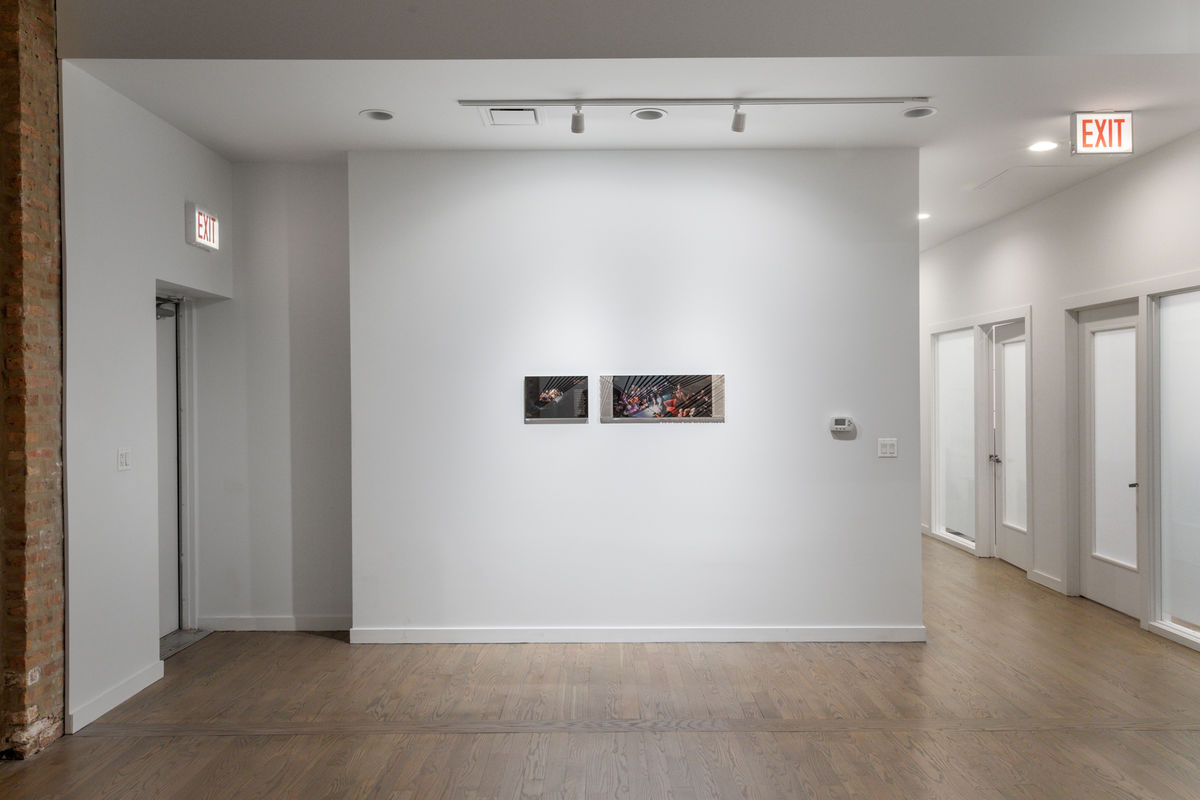 As a counterpoint to the infinite, All the Skies Over Syria is one of the first works in which the artist has intentionally built the aging process into the conceptual tenets of the piece. The non-archival paper and ink of the TIME magazine pages will begin to turn blue over time and with exposure to the sun. This points to the 24-hour news cycle and the throw-away economy of TIME magazine. Yamin’s piece searches for an ethics imbedded in the materiality of images. She explains, “I don’t want to preserve an image of war. I want it to be of its time.”

Join us on June 17 at 6PM CST for a virtual conversation with Samira Yamin. Yamin will discuss her All the Skies Over Syria and the work included in the exhibition. Registration required