PATRON is proud to present, Blind Spots, our second solo exhibition with Los Angeles-based artist Melanie Schiff. The exhibition will open to the public on Saturday, September 18 from 3-7 PM and will continue through November 18, 2021. 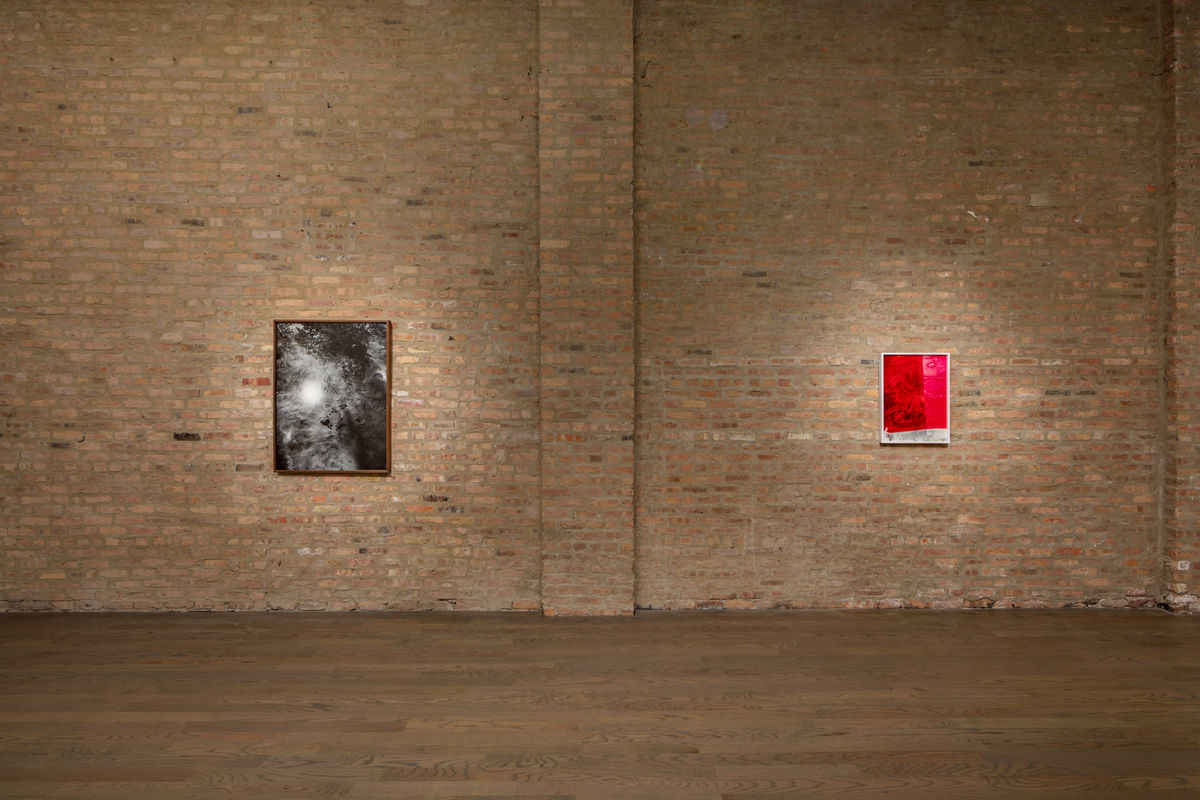 In Camera Lucida Barthes gives us a possible Latin equivalent for “photograph”: “imago lucis opera expressa,” an image “expressed (like the juice of a lemon) by the action of light.”
-Moyra Davey in Notes on Photography & Accident (2007) 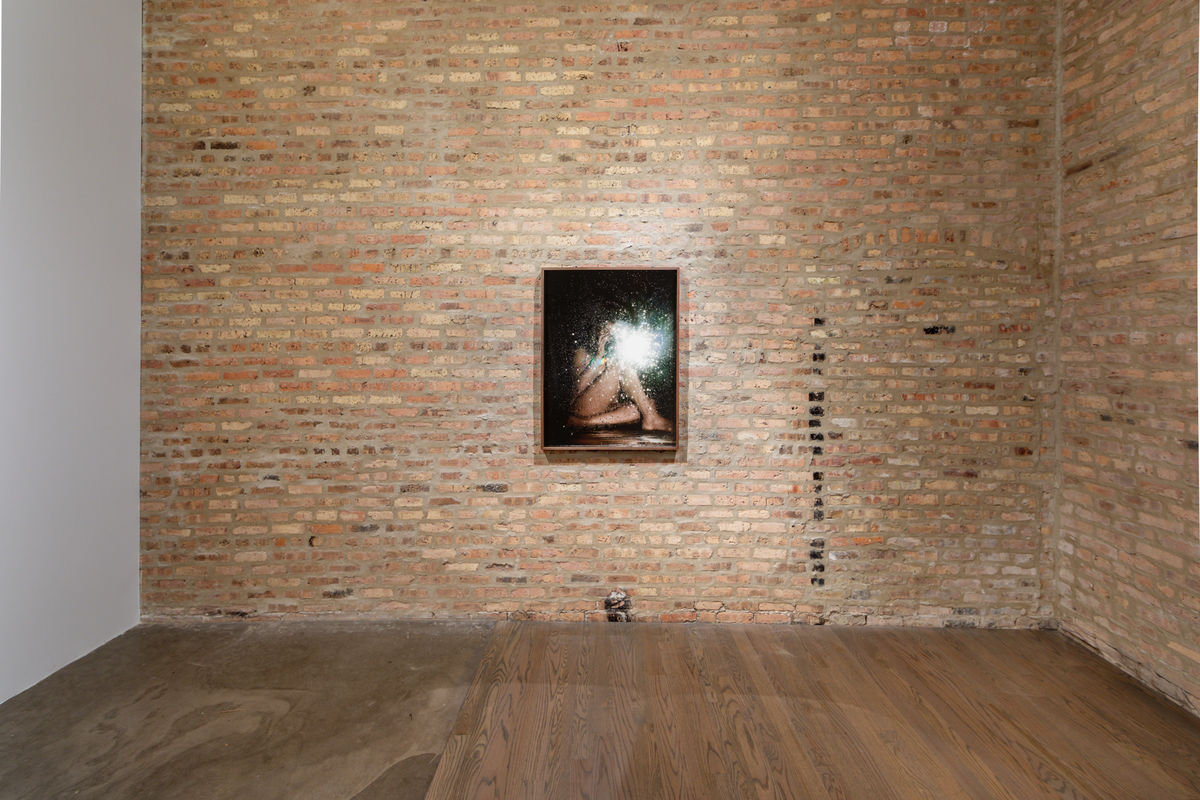 Melanie Schiff’s photographs play formally and figuratively with an alchemical manipulation of light. Firing the flash of the camera against various surfaces, she creates a recurrent reflection with its own subjecthood and presence, which operates as a synonym for internal contemplation. Since the start of her photographic practice, Schiff has frequently incorporated her own body, revealing a type of “long-exposure” self-portraiture of the artist over time. 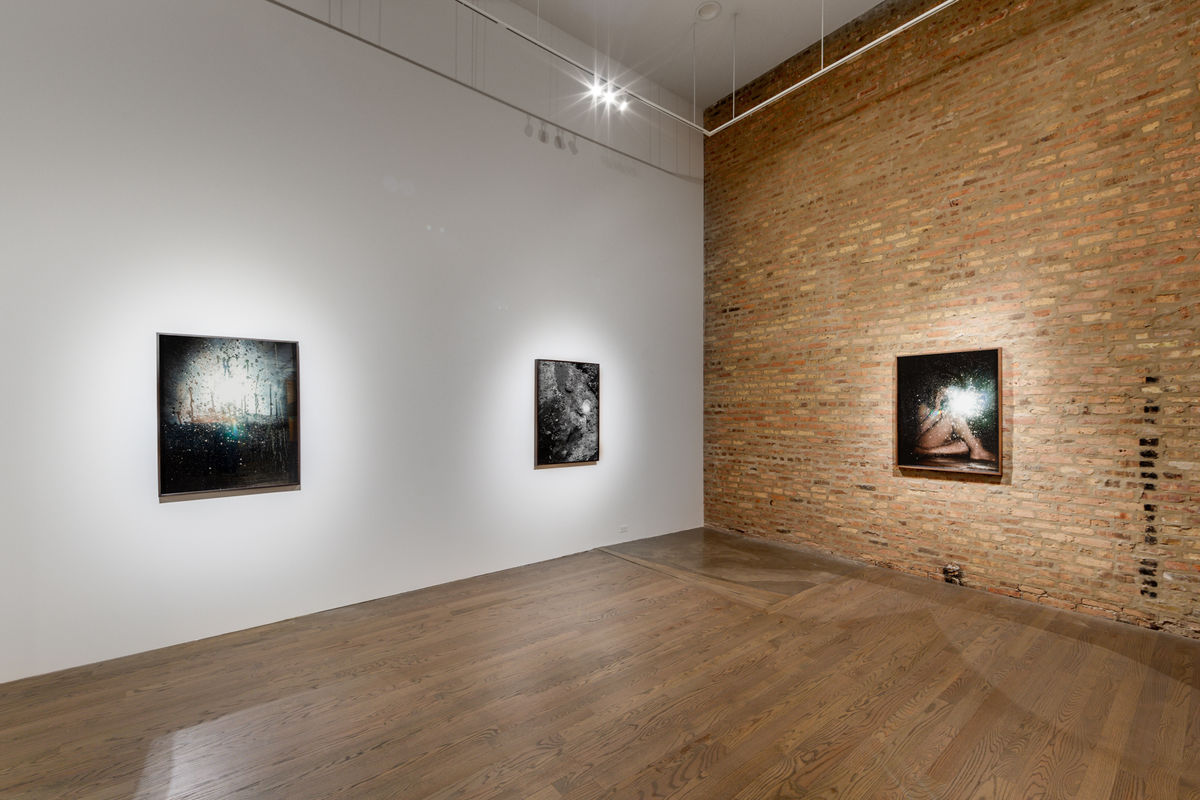 In her second solo exhibition with PATRON, Blind Spots includes four photographs that oscillate between portraiture of recognizable elements of Schiff’s body and representations from the natural world. In addition, this presentation will include Bonsai in Color (WT) (2021), a work indicative of the artist’s approach to layering compositions with colored photographic gels. Continuing her series of works in which she spits water towards the camera lens, Schiff transforms the simplicity of the gesture into an abstraction evoking internal reflection. In Spit Mirror (2020), the camera lens is aimed at a mirror saturated in her own spittle, which functions to obscure her body as well as the act of taking the photograph. Whereas in the earlier Spit Rainbow (2006), the transgressive act is the spitting, in Spit Mirror the transgressive act is to obscure the action from view while still providing enough information to reveal the happening. It signals to the viewer the futility of capturing a performative act, questioning how actions are aestheticized and the degree to which elements of chance are subsumed into the final composition. 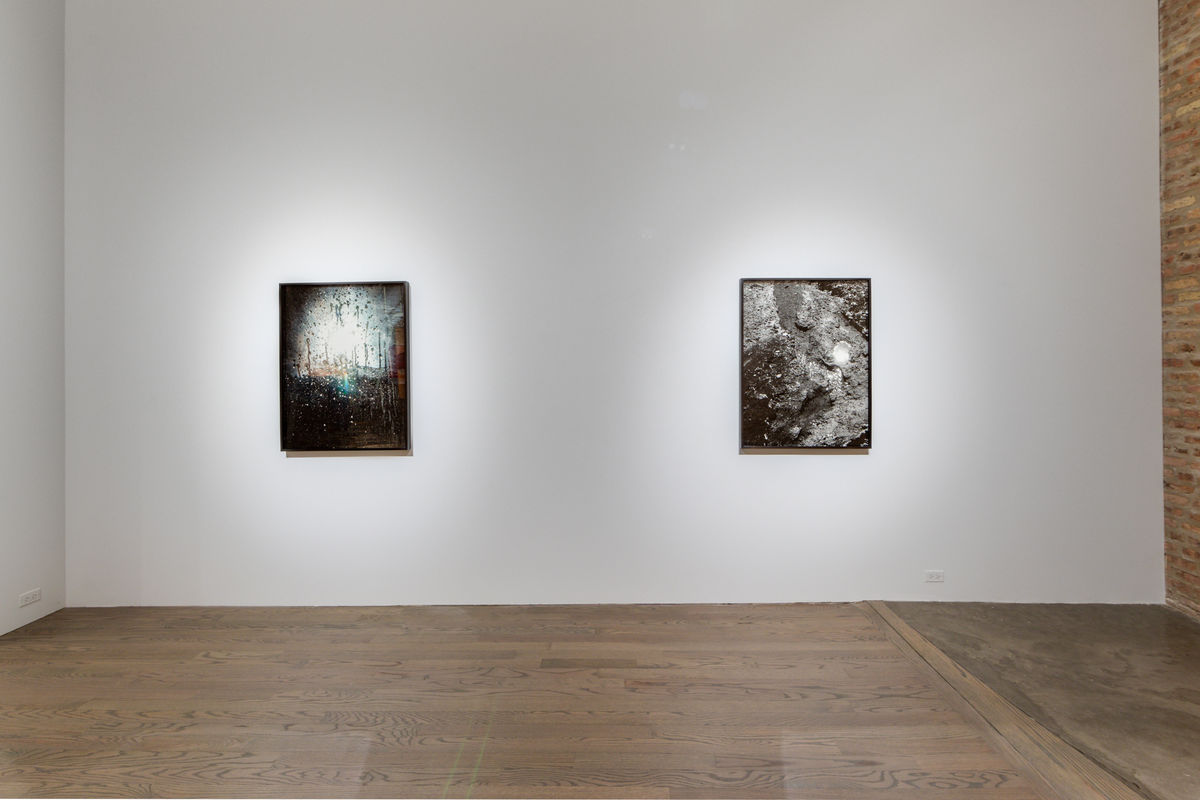 Water Portrait I (2021) follows the formal device of Spit Mirror, yet it is more generous to the viewer in allowing Schiff’s body to be exposed around the blinding reflection of the flash. The interplay between water and light continues in Reeling (2021), an image depicting a shallow puddle of water over sand that reflects the trees and sky above it. The mirroring effect collapses the viewer’s spatial relationship to reading the image, in turn edging towards abstraction. O Stella (2021) functions similarly but it references the imprint or presence of the body more directly and draws a strong kinship to Ana Mendieta’s iconic Silueta works. In this way, the work can be understood as a quotation of the way photographic documentation of Menedita’s ephemeral earthwork and body art performances were aestheticized. Schiff’s invocation of site as subject matter relates to her interest in photography’s ability to construct mythologies. How has photography historically captured the ephemeral and the remnants of an act? Schiff’s work prods at this question by obscuring the action and the remanent of the action to position the blinding flash of the camera as an actor in these images. 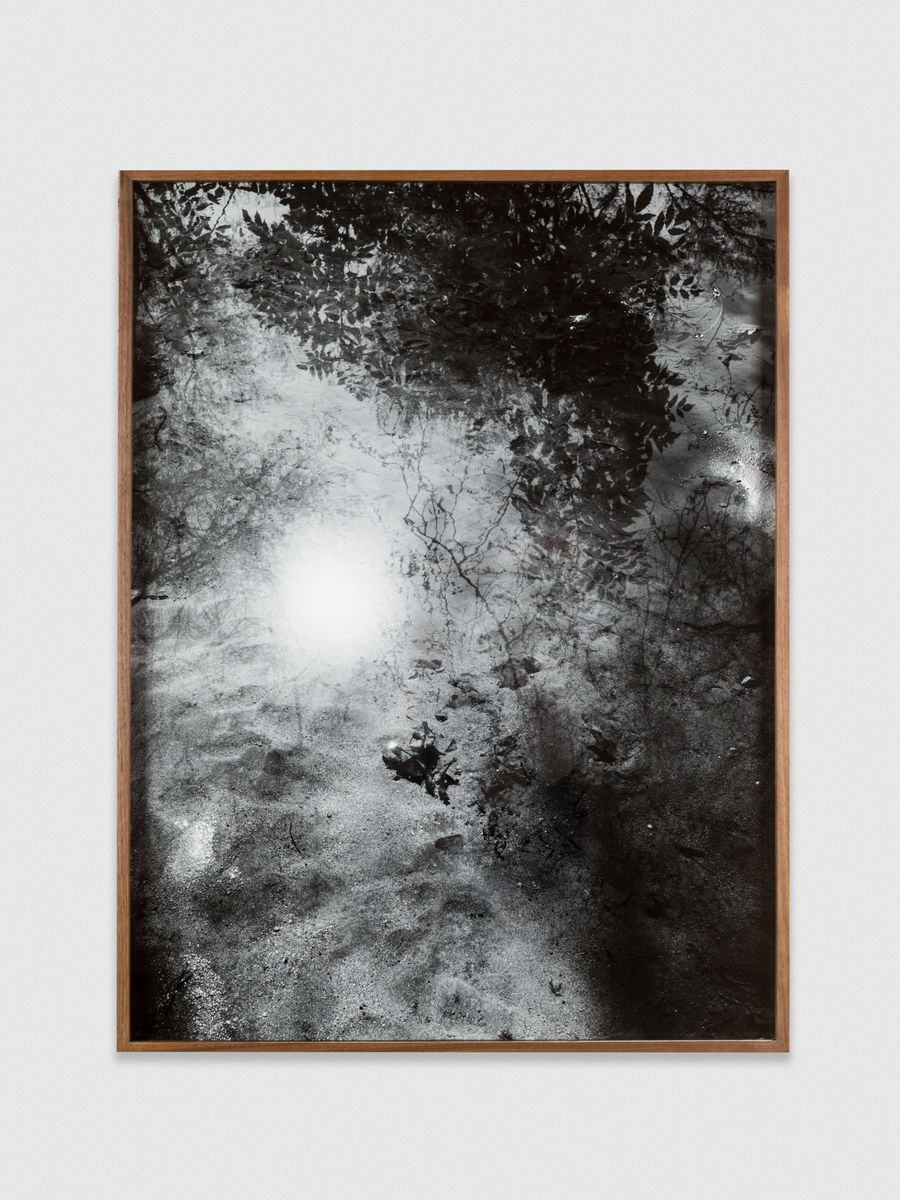 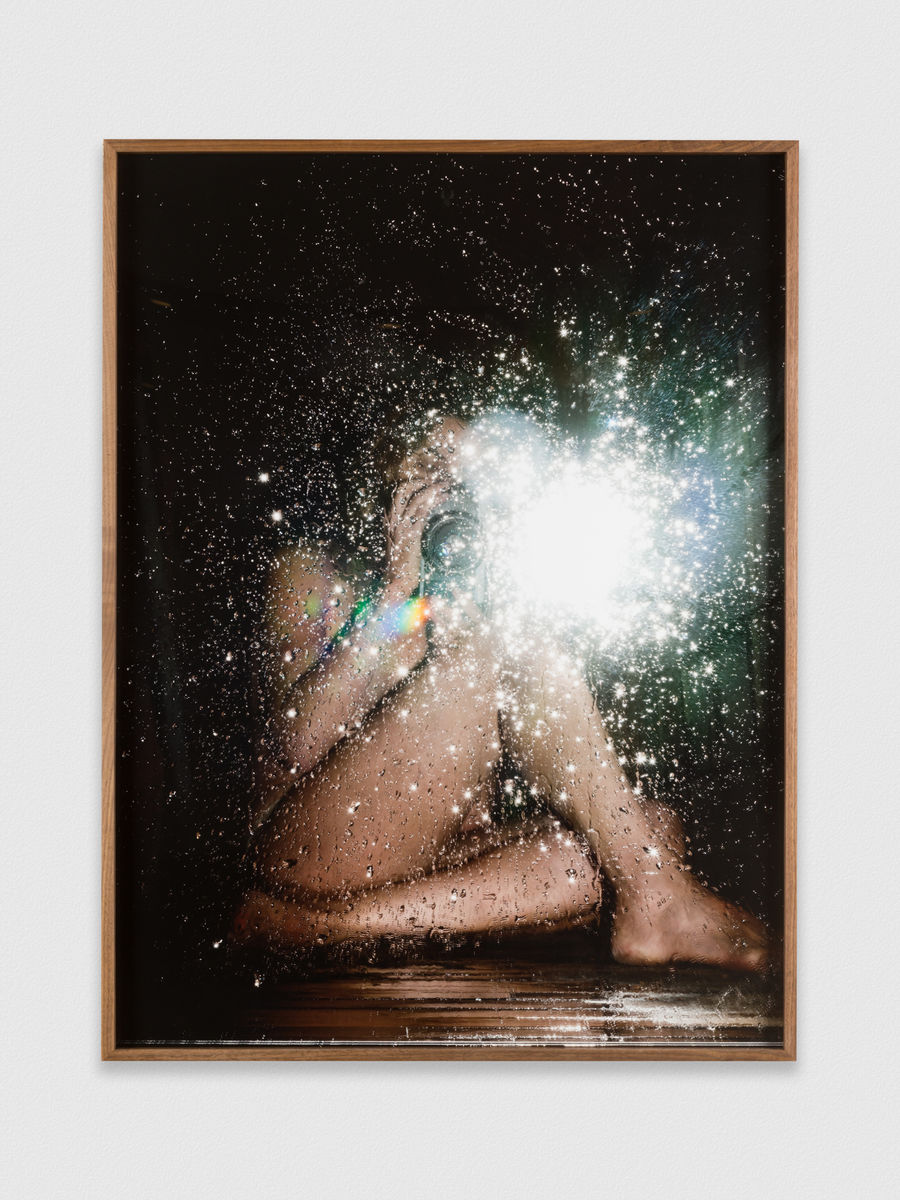 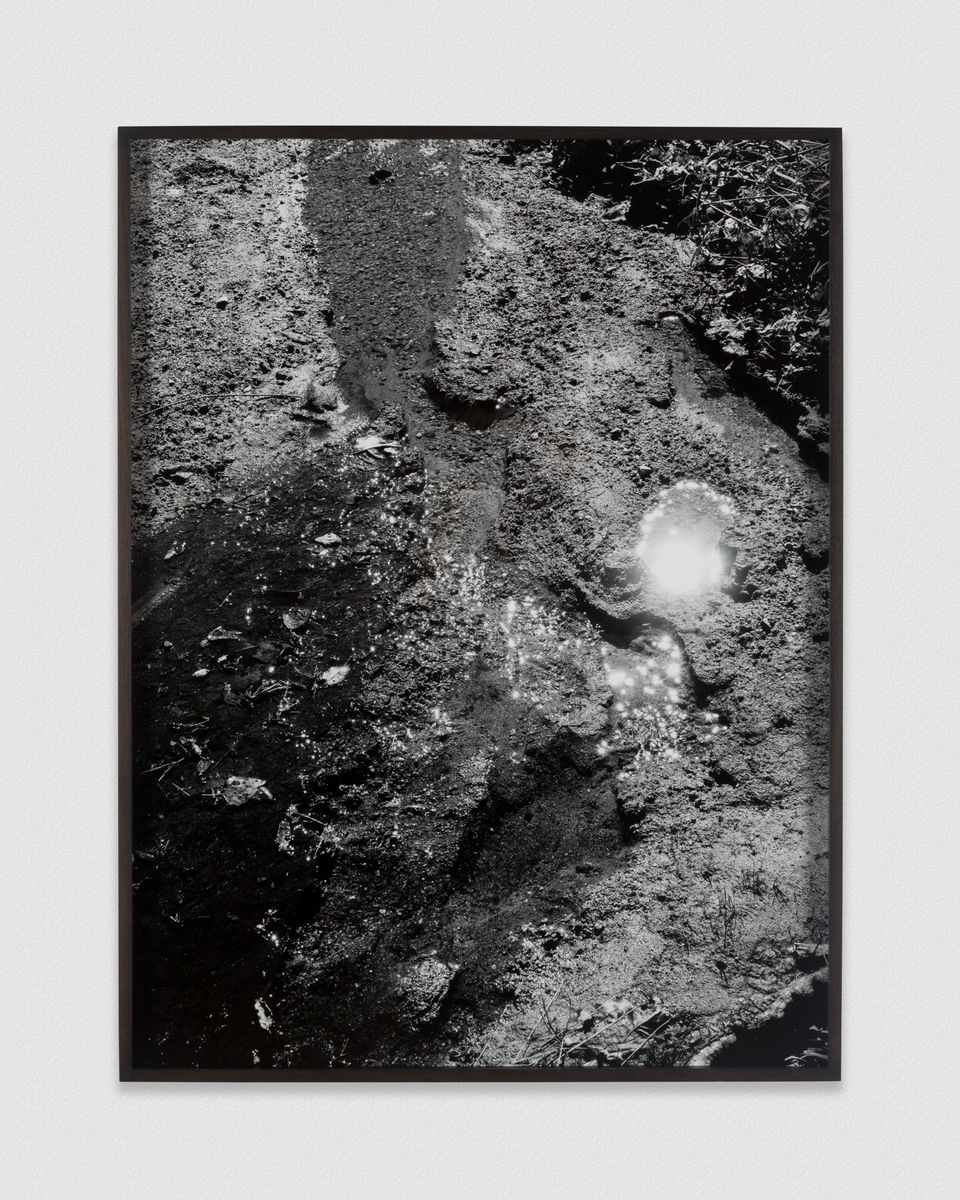 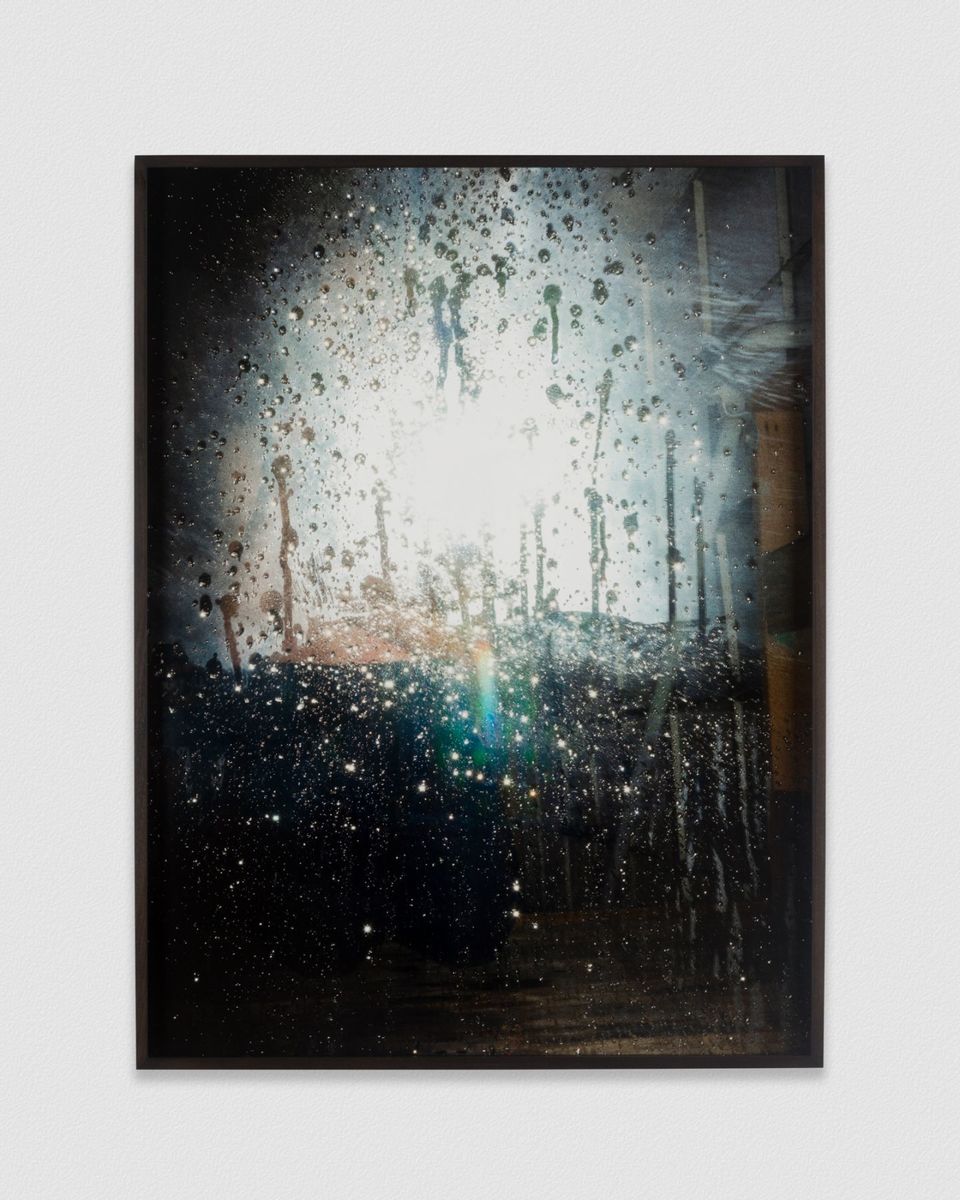