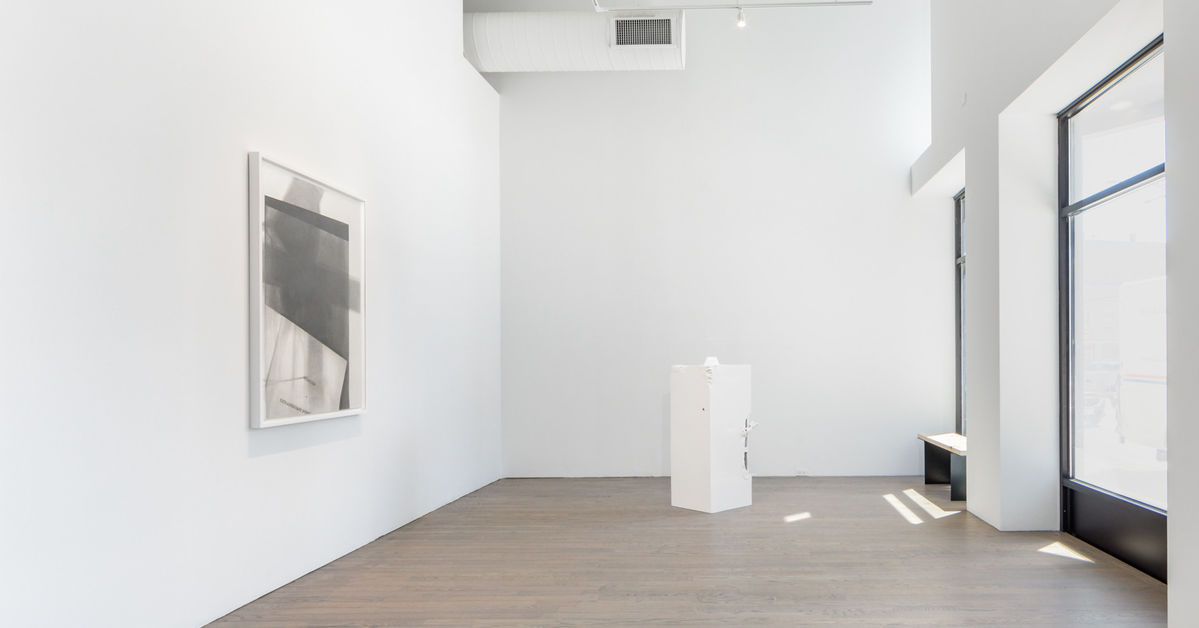 PATRON is proud to present our first solo exhibition with artist Nyeema Morgan. The exhibition titled The Set-Up opens to the public Saturday April 30, 2022 and continues through May 28, 2022.

Nyeema Morgan’s practice is characterized by an interplay between text, image and object. Her work questions our systems of knowledge and information production: what stories have we been told? Who has done the telling? How have images and language been used to tell those stories? Inspired by recent political events, our angst-ridden culture and media, and the death of her mother in 2017, Morgan grapples with the subject of catharsis in narrative forms such as storytelling, history, and jokes. The exhibition features three bodies of work—horror horror, a print-based series begun in 2018; Like It Is, an on-going series of graphite drawings, and two new sculptures. In The Set-Up, Morgan re-presents iconography to critique the structures and devices that influence our social, political and historical ideologies.

Nine large-scale drawings from Morgan’s Like It Is series anchor the exhibition. In this work, the artist fixates on the word “extraordinary,” sourcing books ranging from self-help to fiction with “extraordinary” in the title. She then collected photocopies of their title pages. In Like It Is, these photocopies are reproduced as enlarged, meticulous, labor-intensive graphite drawings. The compositions are rearranged and reoriented, revealing the mechanics of their reproduction. Shadows occurring in her studio are also part of the image. Both the legibility of the word and image are pushed into abstraction.

horror horror (2018-2022) is a two-part series of screen prints. The compositions of the smaller prints feature landscape images from old Warner Bros cartoons, broken text referencing classic fables, modernist sculptures, and lynch mobs. In the larger installation of horror horror (I), the four nearly identical prints feature a rubber ‘hole’ positioned in front of each work. The hole alludes to the relationship between violence and humor within the cartoons. Each element in horror horror represents an expression of our ideological systems: art history, allegorical folklore, and American popular culture and history. Imagery and language are abstracted in the works, pointing to the deliberate and subjective ways history is constructed. Negative space disrupts the composition, presenting space for us to consider how these objects and stories have been framed and retold. 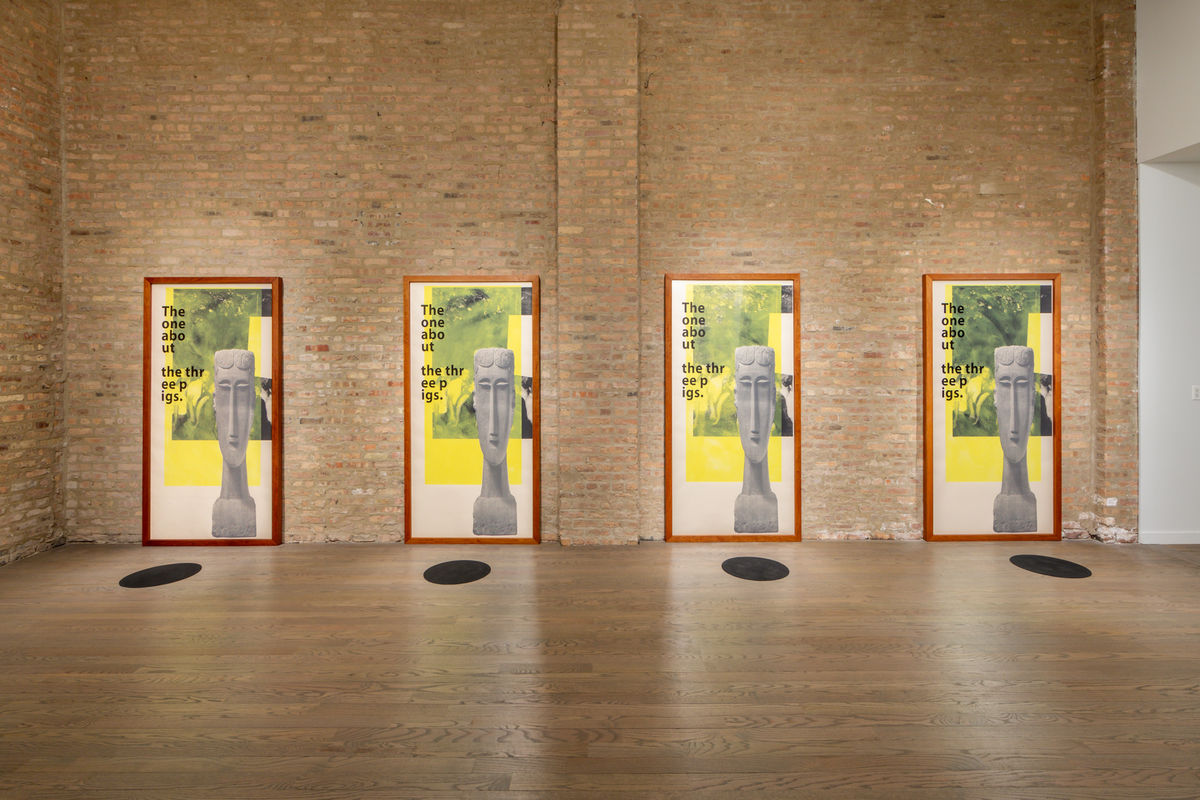 A priest, a rabbi and a minister walk into a bar. (the set-up) (2022) and A whore, a nun and a housewife walk into a barn. (the set-up) (2022) are two sculptural works that resemble institutional plinths. Embellishments, ruptures or openings appear on their surfaces. Some sides of the plinth are pulled away, others contain impressions or areas that reveal the structure underneath. Cards placed on top of the plinths have the “set-ups” of jokes printed on them in a handwritten script. The punchlines are absent and the joke remains open, its structure exposed like in the plinths. In the absence of a punchline and its ensuing catharsis, the viewer is left to reconcile what is underneath. 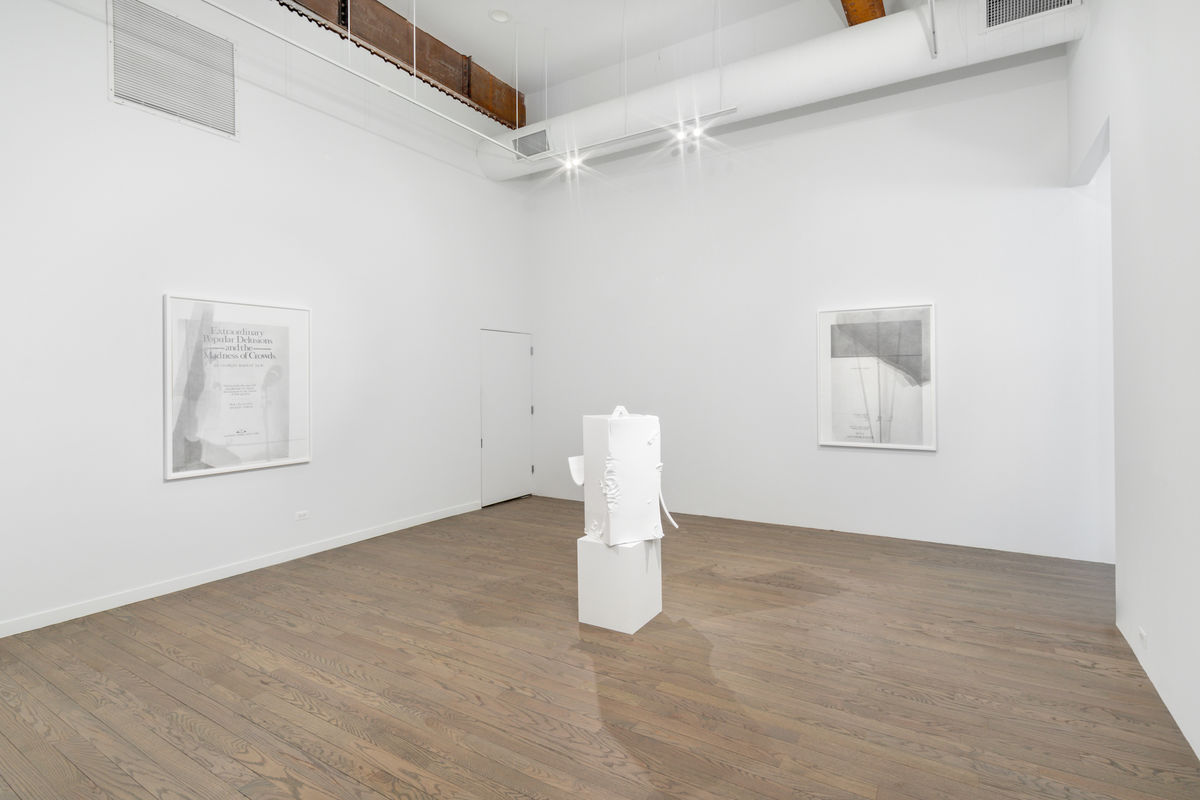 How we read text and image is emphasized in each body of work, and the viewer is denied the privilege of resting on the surface. This denial asks us to reconsider our reading of the information that is presented to us and what is absent. Doubts about what holds a narrative or ideology together are revealed. The Set-Up exposes the structures—and fabrication—of what we elevate as significant, extraordinary, or truth.