Mar 4 – May 14, 2022 Grant Wahlquist
Nyeema Morgan’s meticulous drawings, sculptures, and installations deploy nonidentical repetition and juxtaposition to prompt reflection on the mechanics of representation and its political and social underpinnings and consequences. A sensual conceptualist, her formal strategies trouble the relationship between image and text (language and vision), and call into question how language mediates experience, as well as how such mediation can be represented visually. “Soft Power. Hard Margins.” is a series of neoclassical, partially gilded cast resin frames, each internally illuminated and framing a “canonical” artwork obscured by a sheet of frosted Plexiglas. Inspired by Adrian Piper’s assertion that “the right to freedom of expression is a permission, granted by the state, to engage in certain activities,” Morgan etched the “permission” granted by each work into its face in her signature, typographically fragmented style. Installed in salon-style clusters, the works vary between three set sizes, a strategy alluding to their referents’ likelihood of recognition by the viewer while simultaneously highlighting that “the viewer” is ideologically constructed. 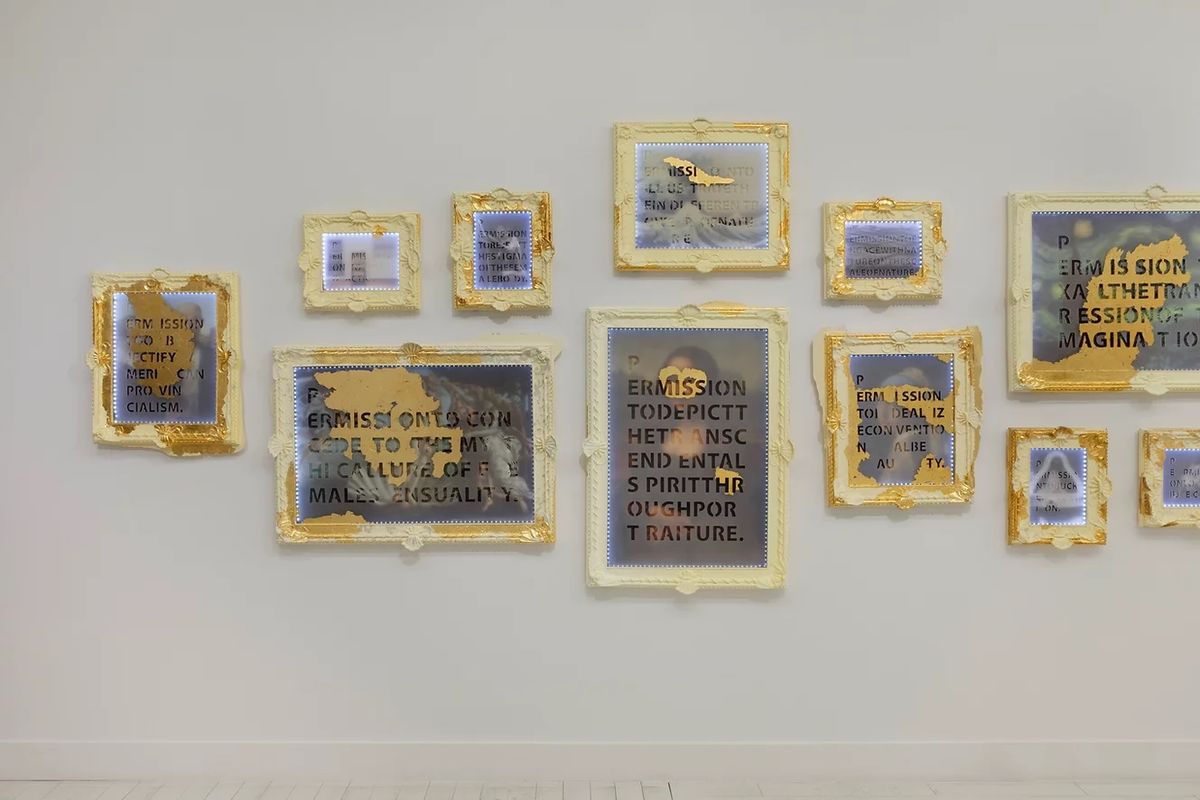 In a moment of renewed attempts to deconstruct or expand existing canons as well as reactionary undertakings to defend them, “Soft Power. Hard Margins.” approaches its sources with neither condemnation or valorization. Instead, the inherently unstable relationships between the elements of each work (size, frame, fragmented text, and partially-obscured image) complicates their legibility and requires the viewer—whatever the particularities of their identity and histor —to contend with the ambiguous nature of artistic legacy and “greatness,” authorship, and cultural inheritance. Furthermore, by undermining the power relations that legitimize interpretation, “Soft Power. Hard Margins.” elegantly limns the gaps between presentation, representation, and endorsement and materializes, as Piper added, that “not everything that is permitted is required, nor can everything that is permitted be justified.” 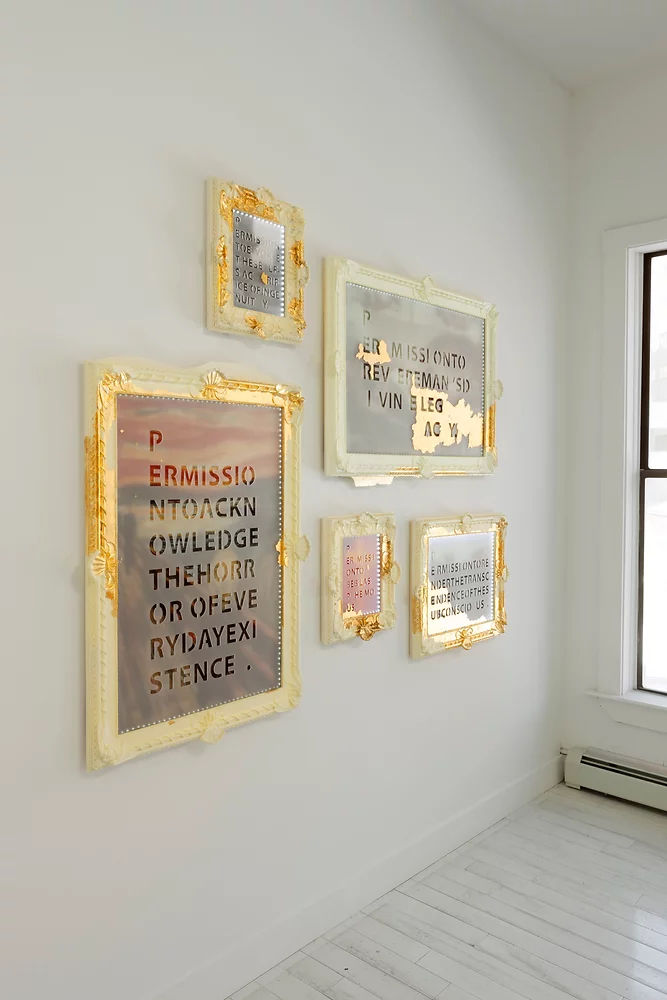