Put It This Way: (Re)Visions of the Hirshhorn Collection 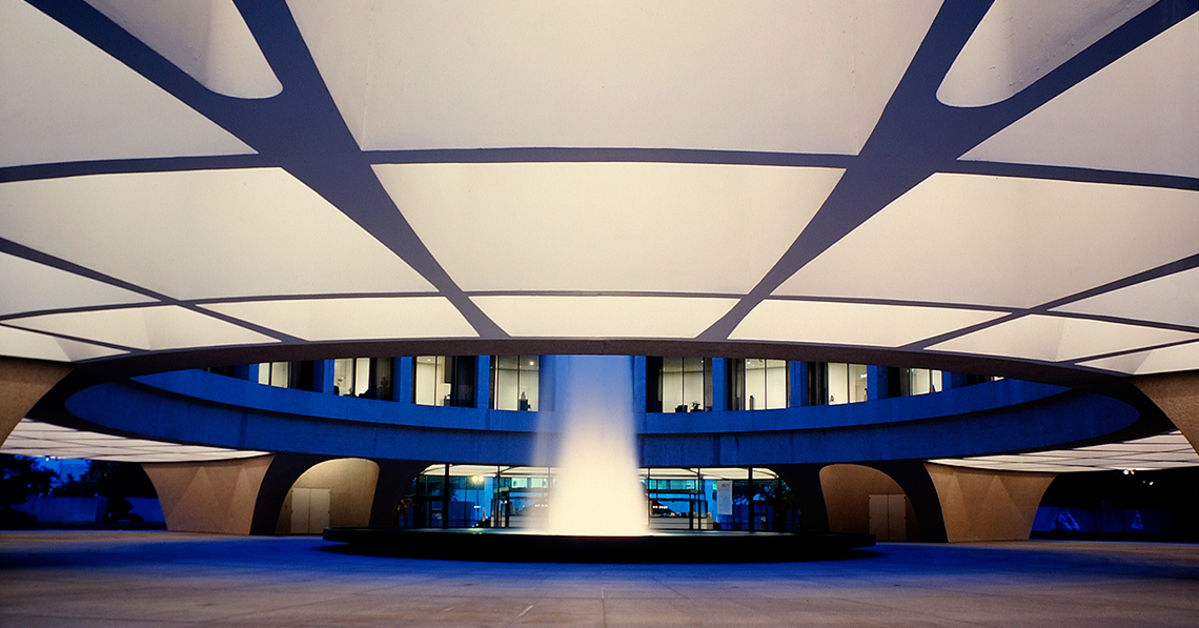 The Smithsonian’s Hirshhorn Museum and Sculpture Garden will present “Put It This Way: (Re)Visions of the Hirshhorn Collection,” an exhibition devoted to the work of nearly 50 women and nonbinary artists in the Hirshhorn’s collection. Opening July 22, the exhibition will bring together almost a century of work in a range of media drawn exclusively from the museum’s holdings, beginning with early works by Carlotta Copron, Barbara Hepworth and Julia Thecla. One-quarter of the artworks have been made in the past decade by the likes of Loie Hollowell, Rachel Jones, Deana Lawson, Sondra Perry and Kiyan Williams. Recent acquisitions include pieces by Dana Awartani, Zanele Muholi and Billie Zangewa that reflect the museum’s mission to highlight global voices. Many works from the permanent collection that have never been seen before at the Hirshhorn will also be on view, notably an untitled 1974–1975 mosaic by Monir Shahroudy Farmanfarmaian, Ana Mendieta’s “Blood and Feathers” (1974) and Diana Thater’s installation, “Oo Fifi, Five Days in Claude Monet’s Garden, Parts 1 and 2” (1992).

Titled after a 1963 painting by American pop artist Rosalyn Drexler, whose work is featured in the exhibition, “Put It This Way” is organized by Hirshhorn Associate Curator Anne Reeve. The exhibition will speak to traditionally marginalized artists’ decisive and virtuosic achievements to investigate a wide array of aesthetic, political and historical concerns. The full-floor presentation is intended to prompt and encourage conversations around the significance of gender in creating and perceiving an artwork and the effects of categorizing artists by gender.

“Throughout the history of art, women and nonbinary artists have faced many challenges in achieving recognition, despite creating insightful, often radical bodies of work that have offered new perspectives on our world,” said Hirshhorn Director Melissa Chiu. “‘Put It This Way’ celebrates the myriad accomplishments of female and nonbinary artists while calling attention to the museum’s role and responsibilities to collecting and showcasing diverse artistic voices.”

Encompassing a wide range of media, subject matter, sensibilities and approaches, the exhibition will engage with the complexities and contradictions of approaching art through the lens of gender and the idea of “woman artist” as an easily defined or decisive category. Set against current and ongoing conversations regarding gender, power and professional recognition, and featuring work by artists including Zarouhie Abdalian, Drexler, Eva Hesse, Eva Lewitt, Joan Mitchell, Roberts, Betye Saar, Carolee Schneemann, Michelle Stuart and Alma Thomas, “Put It This Way” captures the breadth, radicality and rigor of art made by traditionally underrepresented artists and investigates the ways that gender itself can be understood in relation to the creation and presentation of art.

“Put It This Way” is organized in thematic groupings. The exhibition begins with works that address portrayals of self and other, both as archetypes and with agency that fractures those same archetypes, including Drexler’s eponymous painting and Katharina Fritsch’s towering “Display Stand with Madonnas” (1987–89) and, in their Hirshhorn debut, Williams’ “Meditation on the Making of America” (2018–19), a new acquisition in two parts.

Visitors will move to the second chapter, which will highlight how artists have engaged themes of nature and abstraction, including sculptures by Hepworth displayed in conversation with a pair of recently gifted photographs by Corporan, paintings by Thomas and contemporary works by Arlene Shechet and Thater. Visitors will then pass into galleries that explore concepts of perception, including Anne Truitt’s “Night Naiad” (1977) and Jennie C. Jones’ works pairing visual and sonic elements.

Marking the halfway point of the exhibition, a library of resources will be featured alongside a selection of work by the Guerrilla Girls, which will challenge visitors to consider what it means to be a working artist marginalized by gender, and in turn, question institutional responsibilities.

The exhibition continues with artworks that examine what Reeve calls “stress positions.” This section will include Hesse’s “Vertiginous Detour” (1966) and recently acquired photographs, “Young Grandmother” (2019) and “Cascade” (2019), by New York-based artist Lawson. The following galleries will highlight relationships between artists, Earth and history, including Stuart’s “Passages Mesa Verde” (1977–79) and Saudi artist Awartani’s video installation, “I went away…” (2017). The penultimate gallery will display works by artists breaking free from norms and envisioning new possibilities for self, such as Louise Nevelson’s 6-foot-tall “Dream House XXXII” (1972), Thecla’s dreamlike mixed-media works from the 1960s and Christina Quarles’ monumental painting, “Held Fast and Let Go Likewise” (2020). At the exhibition’s conclusion, visitors will pass through Zarouhie Abdalian’s sound installation, “Threnody for the Unwilling Martyrs” (2021). The Hirshhorn will present free public programs in conjunction with “Put It This Way,” to be announced.

Image:
Courtesy of The Smithsonian’s Hirshhorn Museum and Sculpture Garden