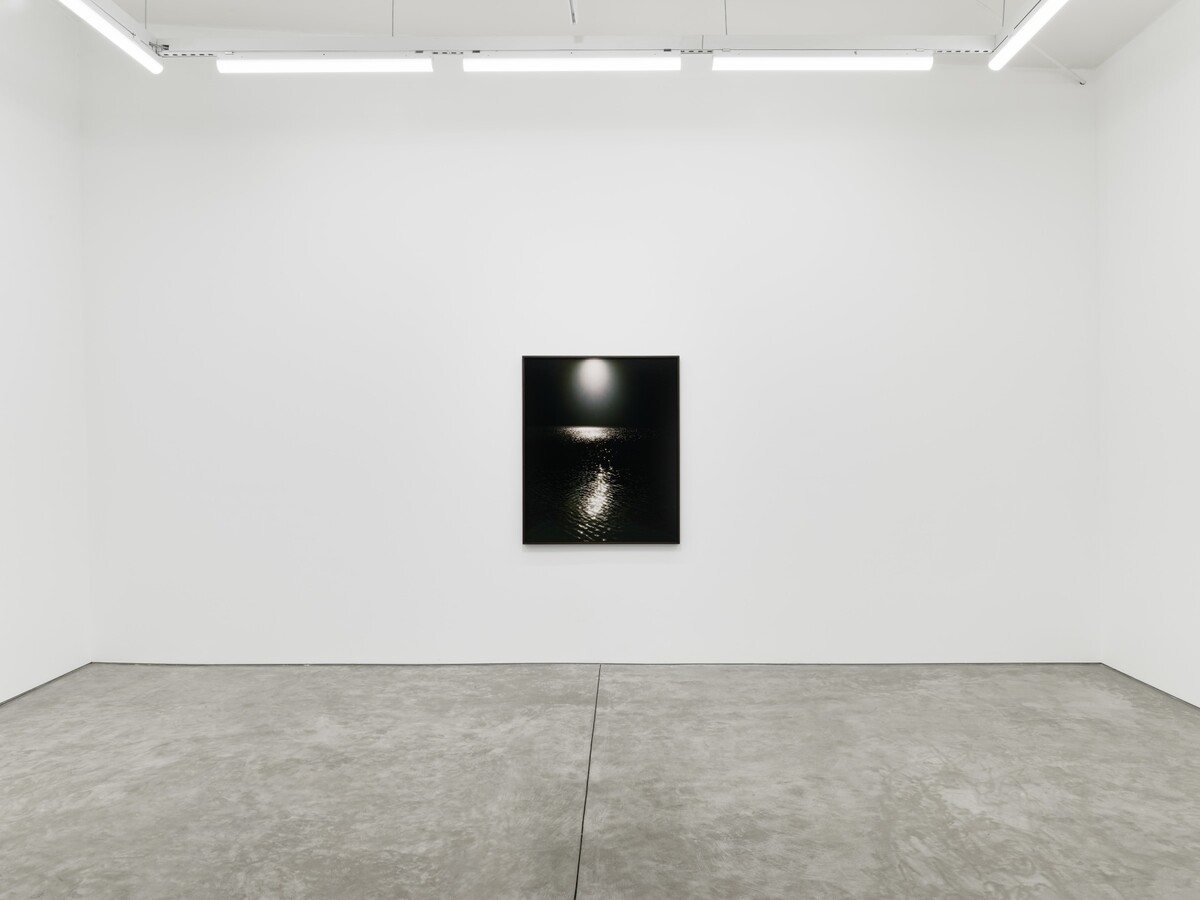 Night Gallery is thrilled to present Convict Lake, an exhibition of new photographs by the Los Angeles-based artist Melanie Schiff. This is the artist’s second solo show with the gallery, following 2018’s Glass Sabbath. Her work was also included in the group shows Shrubs in 2022, and MAJEURE FORCE in 2020.

Convict Lake is an evocation of light. In the eponymous photograph, taken by Schiff at Convict Lake in eastern California, placid water shines with an ethereal intensity, two glittering pools mirroring one another. Schiff’s complex treatment of color melds into a distinctive binary between light and dark that makes the time of day ambiguous. Long exposure abstracts the image as a whole, crystallizing the uncanny ability of light to simultaneously obscure and clarify. It is as the image suspends time that Schiff amplifies our awareness of it, invoking the realism of the photographic medium. 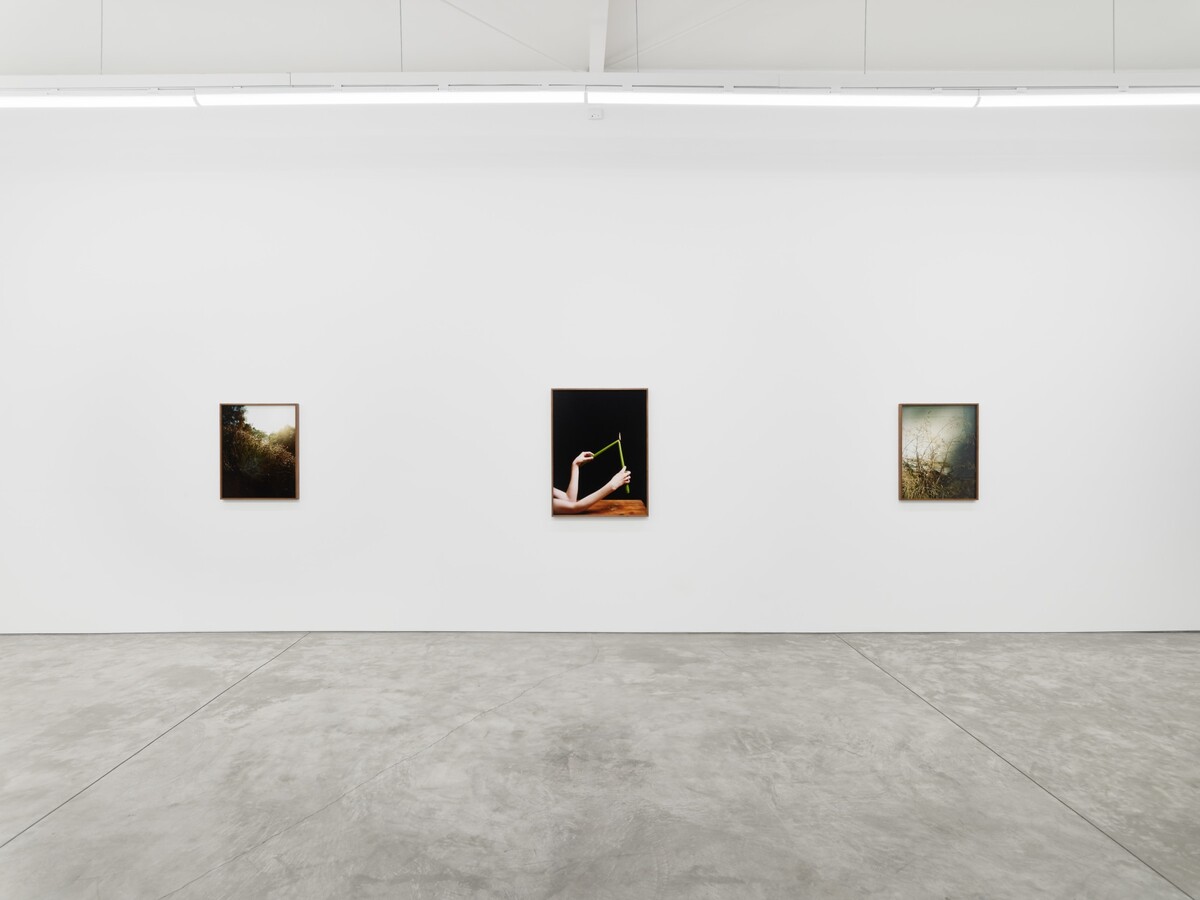 Schiff’s practice has long been invested in conveying action, often explored through ritualism and bodily gesture. For Convict Lake, Schiff draws upon some of the most fundamental of sources—sun and fire—to investigate how light can imply movement, both physically and temporally. In the artist’s Burning series, serpentine arms become embodied candle holders, languidly transferring the flame from one wick to another. Wax collects on the wood table below as a reminder of the ephemeral nature of the candle. Schiff’s pared down composition compels slowed viewing, quietly shuttling between the concreteness of the objects of gaze and an underlying mysticism. 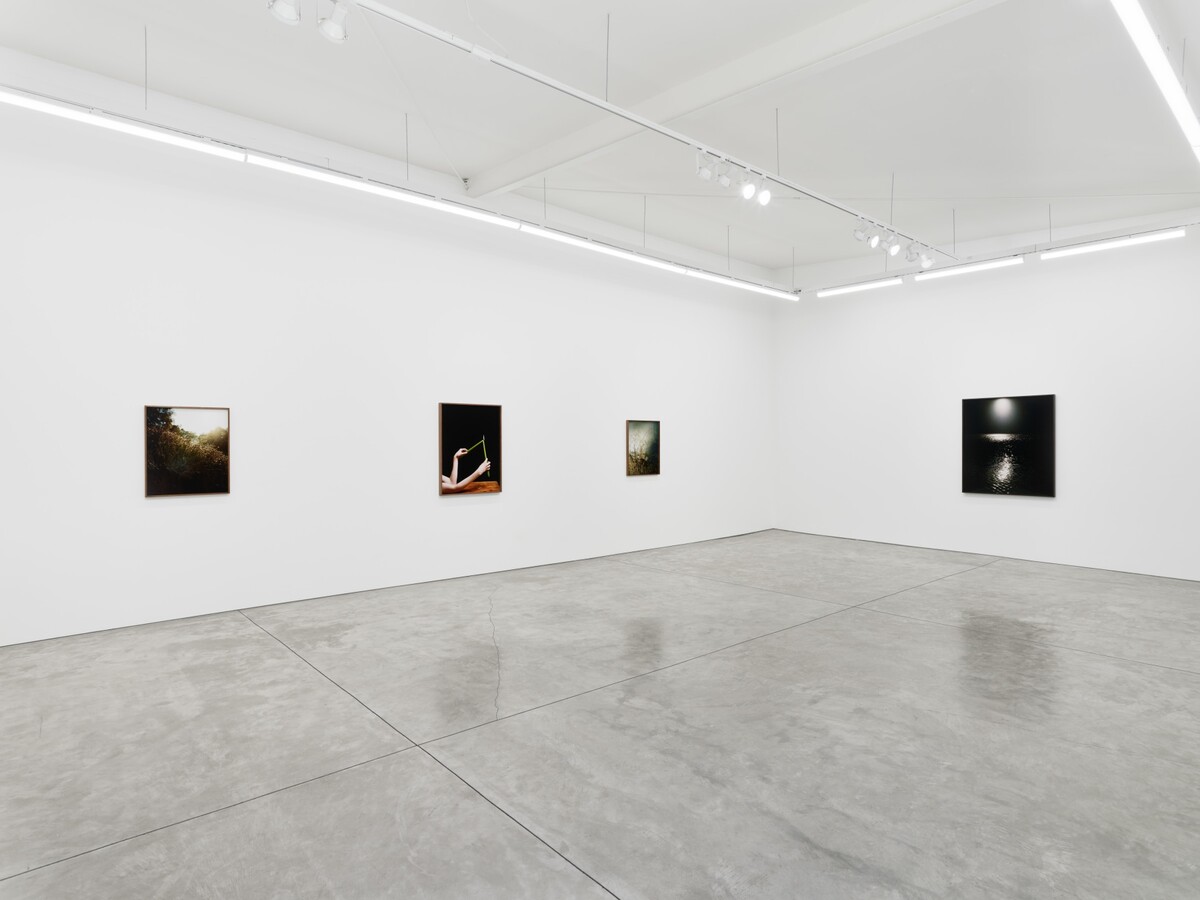 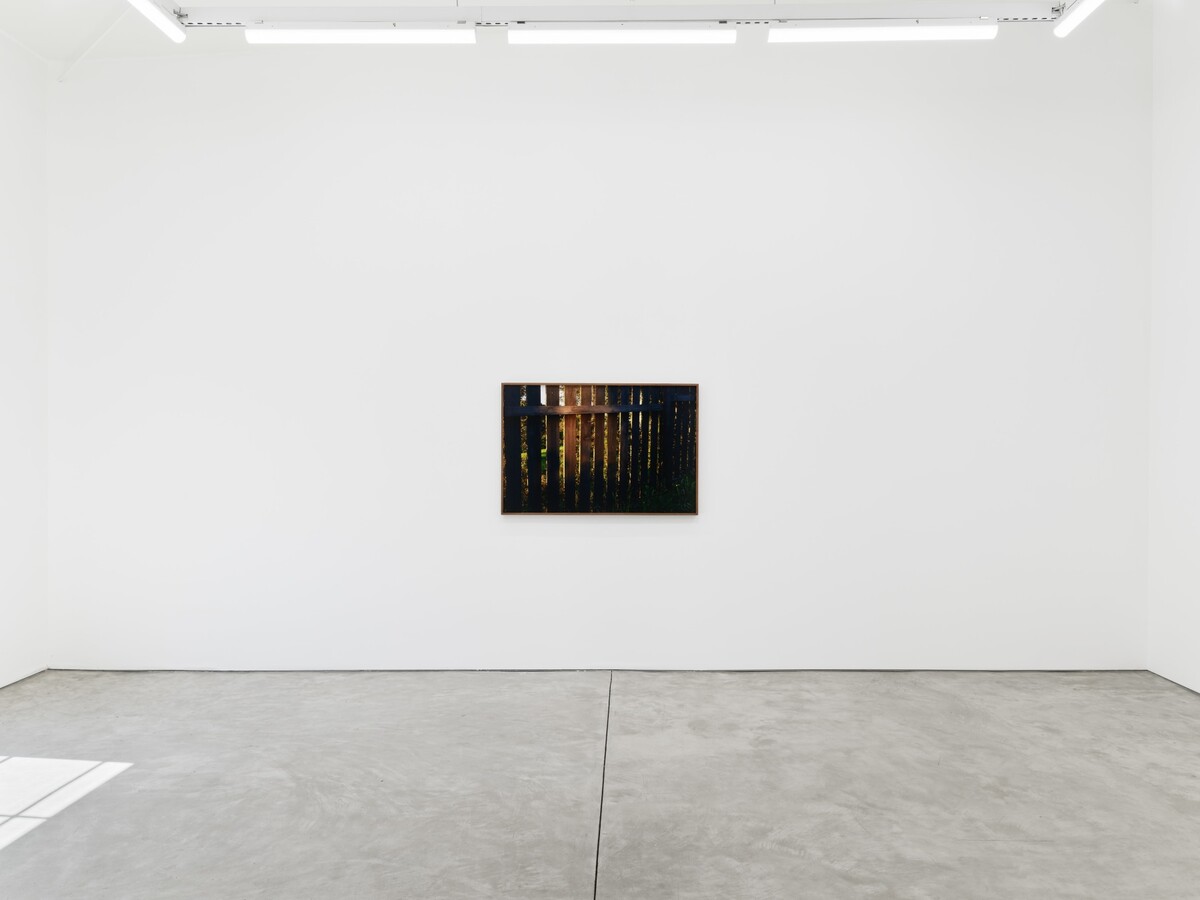 The artist uses the camera lens as an extension of the mind, working to frame visual information and thus orient us to the exterior world. Our past experiences are woven into these processes of looking and comprehending, and Schiff’s deft manipulation of light creates an atmosphere for recollection. Convict Lake presents several “found” still lifes, wherein everyday, neglected scenes are limned in fading sunlight: brittle flora and dried weeds are recurrent motifs, saturated in the golden hues and thin shadows of the late afternoon. Here, Schiff traverses into the slippery plane of memory, leaving us hanging between the desire to linger on a hazy thought and the immediacy of spectatorship. 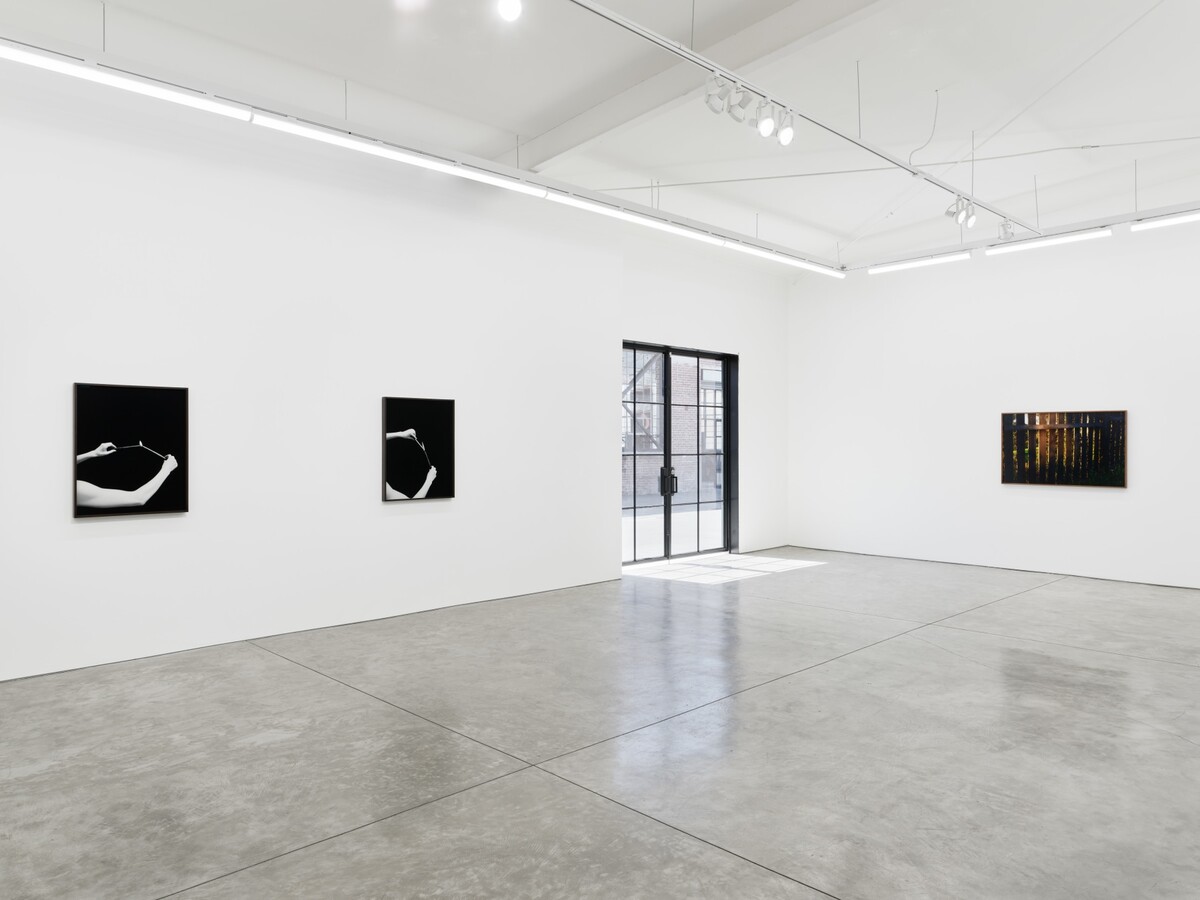 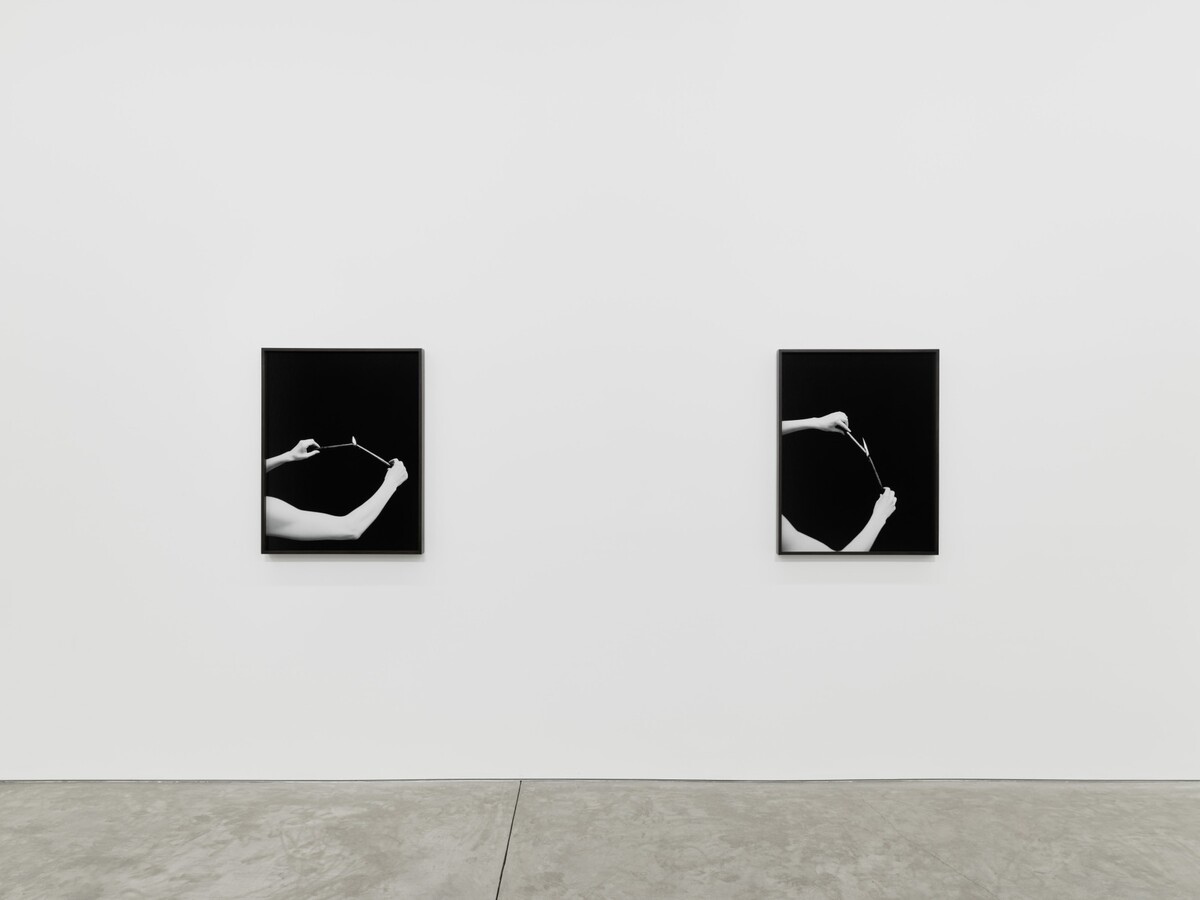