Kaveri Raina : image as a burden, death as a womb 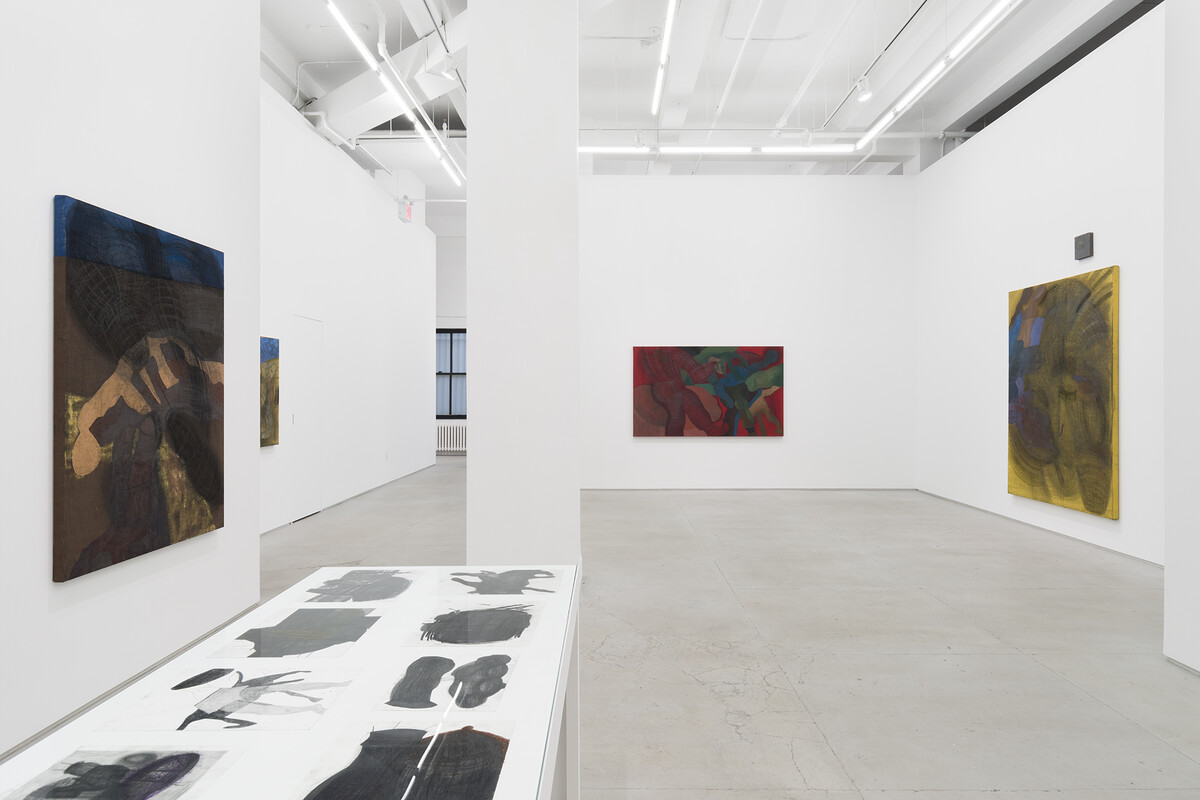 Chapter NY is excited to announce, image as a burden, death as a womb, Kaveri Raina’s first solo exhibition with the gallery, featuring a new series of paintings and drawings.

Guided by her material choices and formal subjects, Raina establishes parameters for moments of confluence and resistance throughout her practice. Her abstract compositions, derived from reoccurring forms that she creates while drawing, emerge as triumphant and monumental. Applying graphite to paper with great pressure and repetition, she builds dense vessel-like forms and abstract figures, which she refers to as image inventions. She carries these shapes and drawing materials into her paintings, in which she combines acrylic, oil stick, pastel, charcoal, and graphite—forcefully applying these mediums to rough and unprimed burlap surfaces that resist saturation. 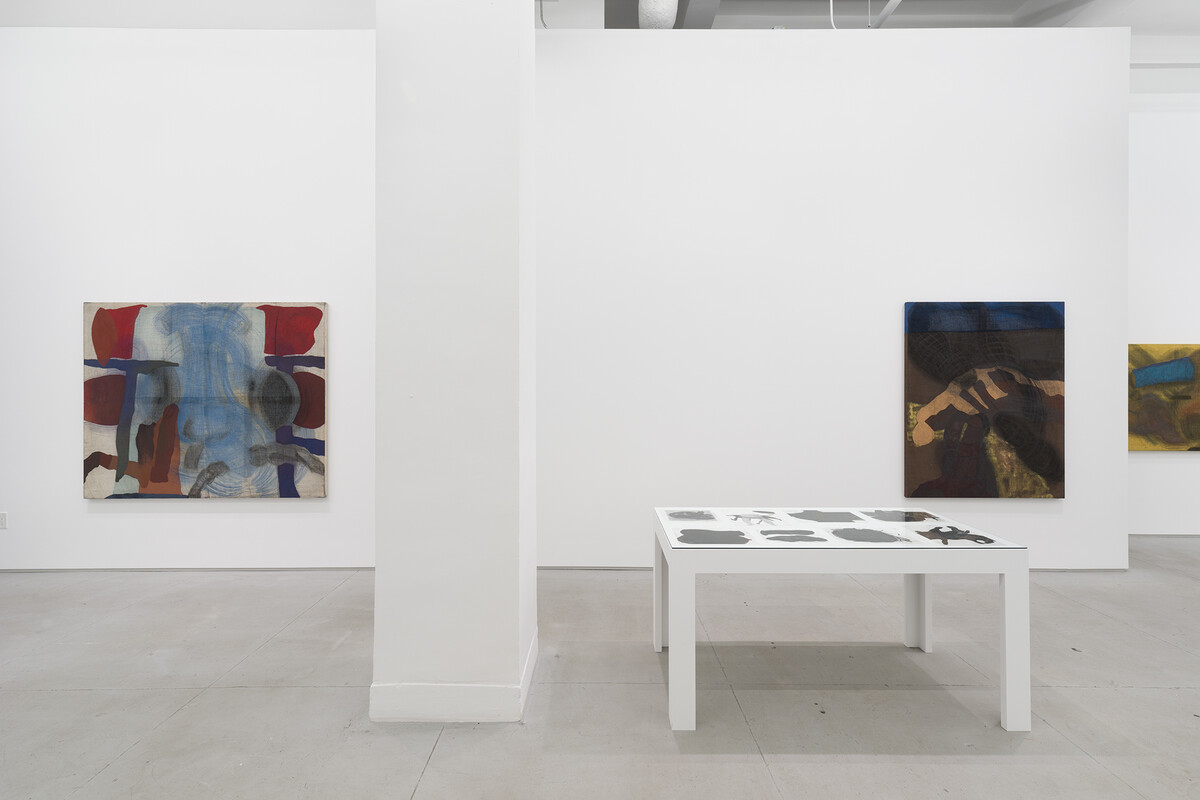 Raina sources inspiration from Rani Lakshmibai, the former Queen of Jhansi and a symbol of powerful resistance in India. A leading figure in the Indian Rebellion of 1857, she died in battle while leading her army to defend her city. In tandem, Raina habitually reflects on the 2012 gang rape and murder of Jyoti Singh in Delhi, which sparked public protests, received widespread international media coverage, and was commonly referred to as the Nirbhaya case —Nirbhaya meaning the “fearless”. Contemplating the unfathomable struggle and sacrifice of these two women allows Raina to consider the questions: what happens when given an opportunity to resist?

The artist’s raw, burlap surfaces provide sites for artistic battle, both physical and internal. They bare vestiges of aggression or slow rage built and contained within their frames. Her faint, fugitive materials, such as charcoal and graphite, require vigorous application in numerous layers—often both to the front and back of her surface—to balance the solidity of her painted acrylic shapes. The compositions also reflect the frustrations of this arduous process. In Full of Revolt, Blue Blue Blue, Raina’s central vessel erupts, reverberating outward from the tightly woven seam at the center of the composition. Bifurcated by this stitched linear element, the composition performs a doubling, which reappears in various iterations across the exhibition.

Always supported by the presence of another and perpetually in-flux, none of Raina’s forms exist in isolation. The nature of their dependency, however, is not inherently harmonious. Two paintings in the exhibition each include two discreet elements: a stretched burlap painting and an accompanying small wooden panel covered in graphite, installed above it. The hovering presence of the panels, despite their comparably diminutive scale, exudes more weight than the paintings themselves. Together, they mimic the feeling that one is never truly alone, always tied to one’s shadow or surveilled by someone or something unknown. 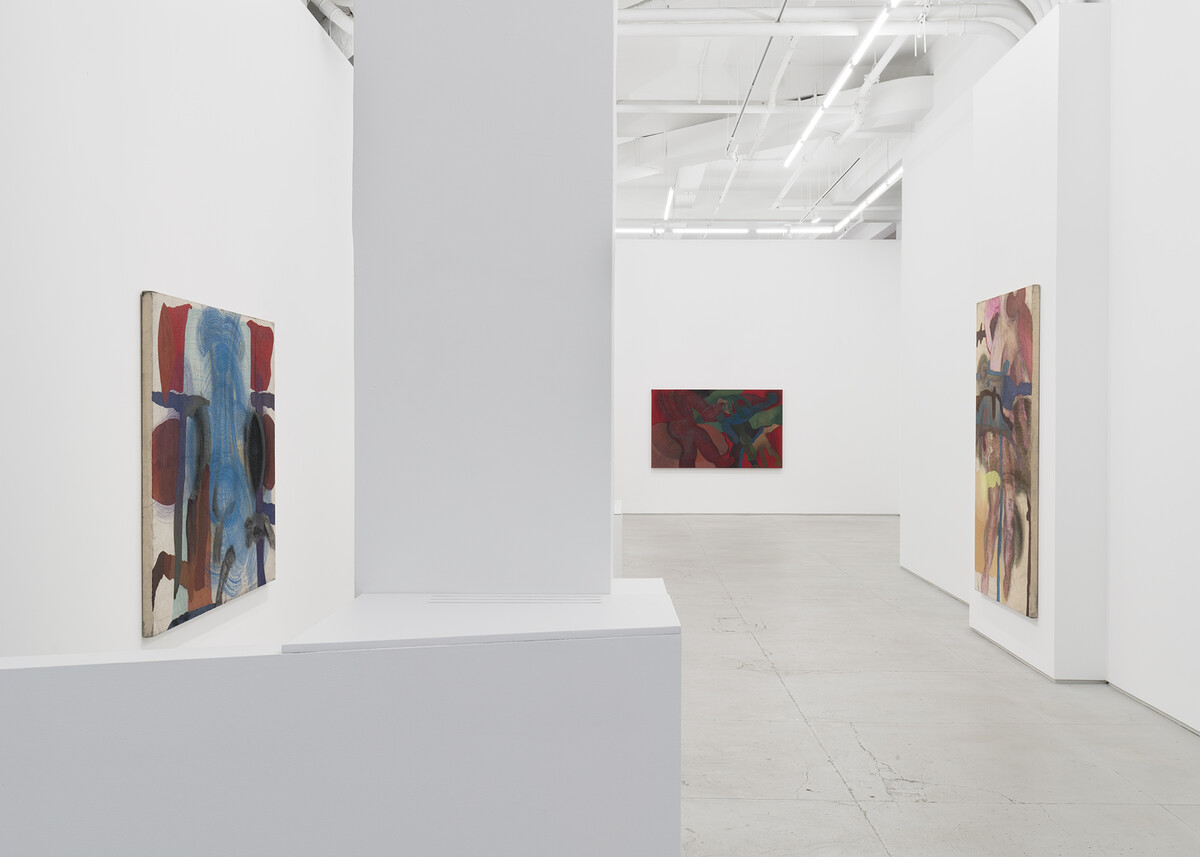