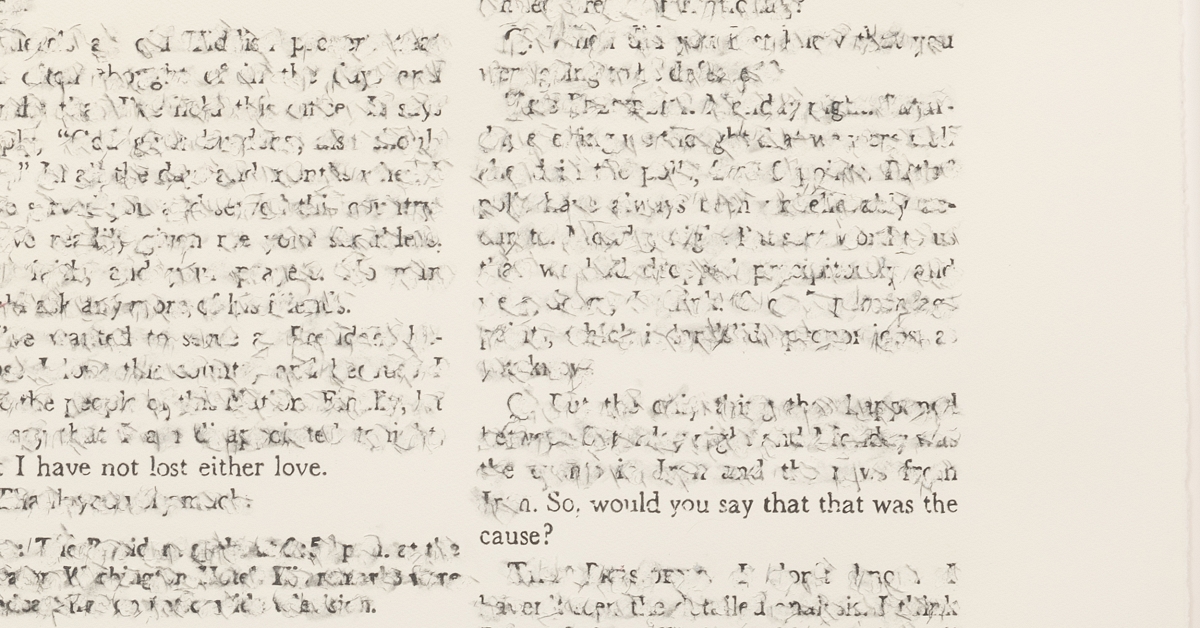 PATRON is proud to announce our participation in The Armory Show 2018 Presents sector with a two person presentation by Bethany Collins and Alex Chitty. Both artists will present new bodies of work which expand on a mutual interest in the ways we attempt to record a shared experience, highlighting the acts of conversation, collaboration and written account as means to capture the presence of that which is no longer present.

ALEX CHITTY (b. 1979, Miami) is an artist based in Chicago. She received a Bachelor of Fine Art from Smith College and a Master in Fine Arts from the School of the Art Institute of Chicago where she is a professor in the Sculpture and Print Media departments. Her recent exhibitions include: They will bloom without you (2017), Elmhurst Art Museum, Elmhurst, IL; After (The sun-drenched neutral that goes with everything) (2018), The Anderson Gallery, Virginia Commonwealth University, Richmond, VA; Objectifying the Photograph (2017) at NIU Art Museum in DeKalb, IL; Small Sculpture (2017) at Corbett vs. Dempsey in Chicago, IL; the sun-drenched neutral that goes with everything (2016) at PATRON in Chicago, IL; Turning Spoons into Forks (2016) at Hyde Park Art Center in Chicago, IL; Alex Chitty and Chris Bradley (2015) at Shane Campbell Gallery in Chicago, IL; Orchid (2014) at ADDS DONNA in Chicago, IL; The Way They Wanted to Sleep (2013) at Andrew Rafacz Gallery in Chicago, IL.