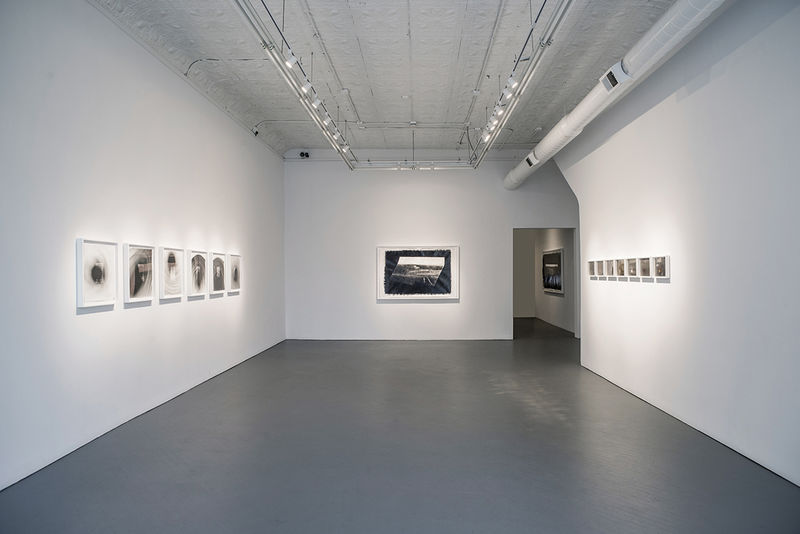 PATRON is proud to present our second solo exhibition with Richmond-based artist, Brittany Nelson. The exhibition titled 10,000 Light Years From Home will open with a reception for the artist on Saturday, June 29th from 5-8PM and continue through August 17, 2019.


“In zombifying historical photographic techniques - half resuscitating them, queering them - Nelson produces chimeras asking viewers to reconsider the aesthetics and politics of representation. At the same time, she proposes new images, perhaps brought here from another time-space, without original, a negative turned positive, and more.”

-Stefanie Hessler, Brittany Nelson: Out of the Everywhere 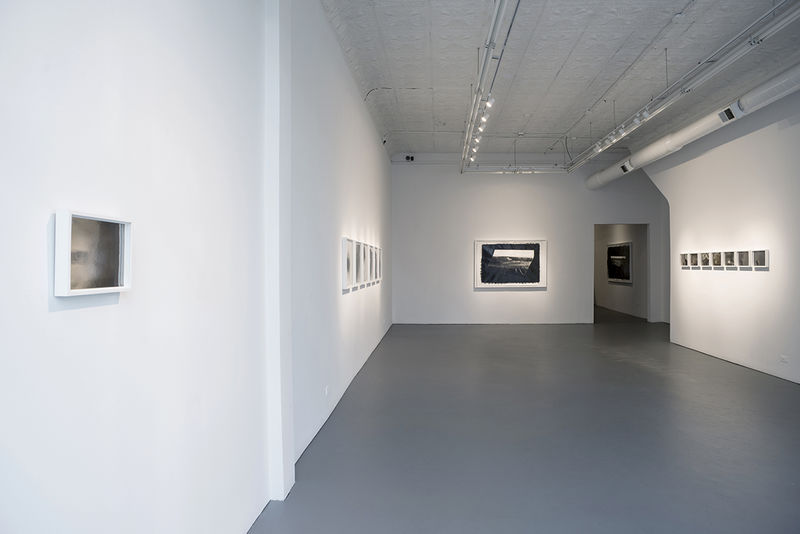 Brittany Nelson appropriates 19th and 20th century photographic techniques to address themes of queer politics and abstraction, distorting the boundaries between reality and science fiction. 10,000 Light Years From Home continues these interests, taking its title from a collection of short stories published by science fiction novelist Alice Sheldon, who wrote under the pseudonym of James Tiptree Jr. The exhibition pairs photographic and holographic meditations on Sheldon’s writing, alongside images appropriated from the Mars Opportunity Rover, to discuss queer politics, science fiction, loneliness, and isolation. 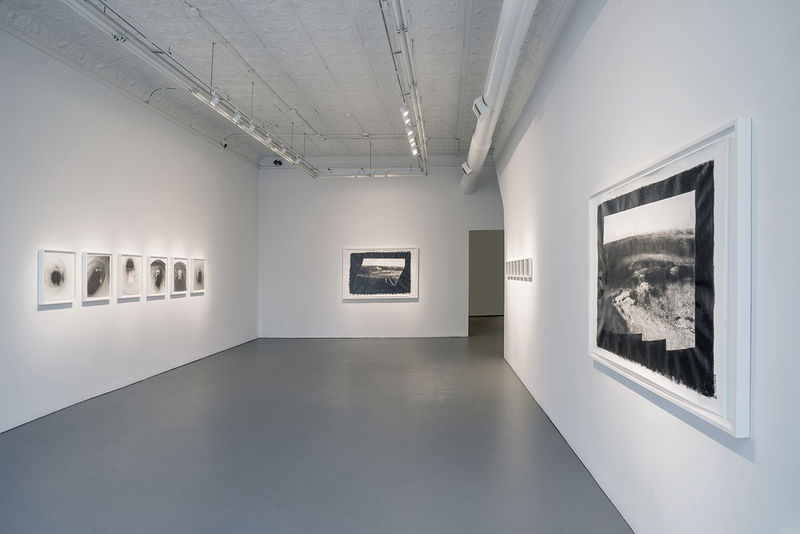 Through the voice of Tiptree, Alice Sheldon crafted dark, fantastical stories that detailed her protagonists’ vibrant desires for alien beings. Remaining closeted her entire life, Sheldon formed a world in which she was able to explore her own desires and confront feelings of alienation. In And I Awoke and Found Me Here on The Cold Hill’s Side, a short story included in 10,000 Light Years…, Sheldon details a reporter’s interview of a spaceport captain, who describes an addiction to sex with aliens. He laments how his desire has ruined his life and the lives of those around him, warning the reporter to leave immediately to avoid contracting the same obsession. Likening this attraction to disease, Sheldon draws explicit parallels to her perception of her own desire. In the corresponding series of six photographs (2018), Nelson scanned each page of the story, exposing the scans as negatives in the darkroom and in turn causing the text on both sides of the paper to bleed together. Using the quick strobe of a flashlight to expose the images, the story is rendered illegible. 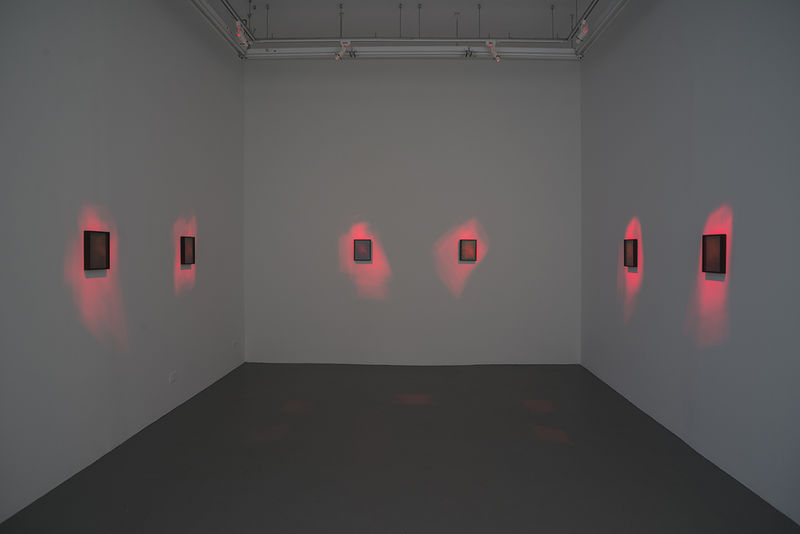 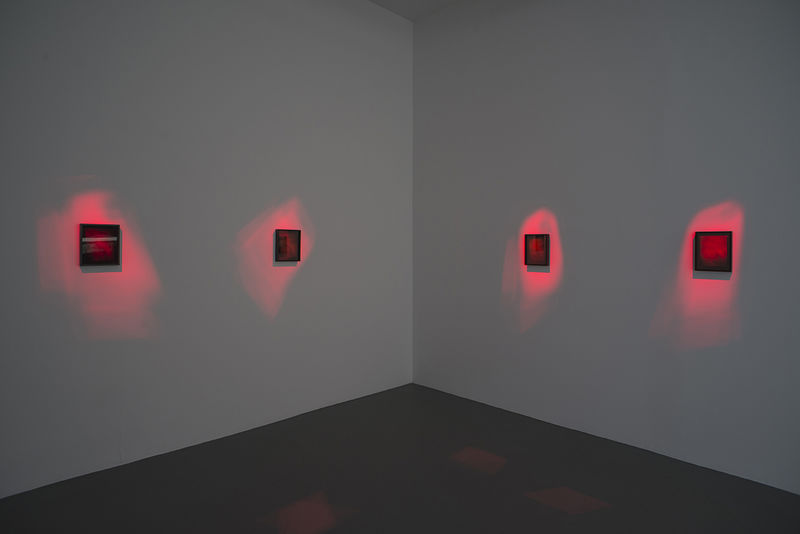 In Tiptree’s Dead Birds (2019), Nelson created six glass plate reflective holograms, each detailing letters by Sheldon that describe the women she secretly loved, but who had rejected her, referring to them as ‘Dead Birds.’ Bathed in a deep red light, the hand-written notes reach from the two-dimensional picture plane into the gallery, giving form to the text as haunting apparitions of unrequited love. 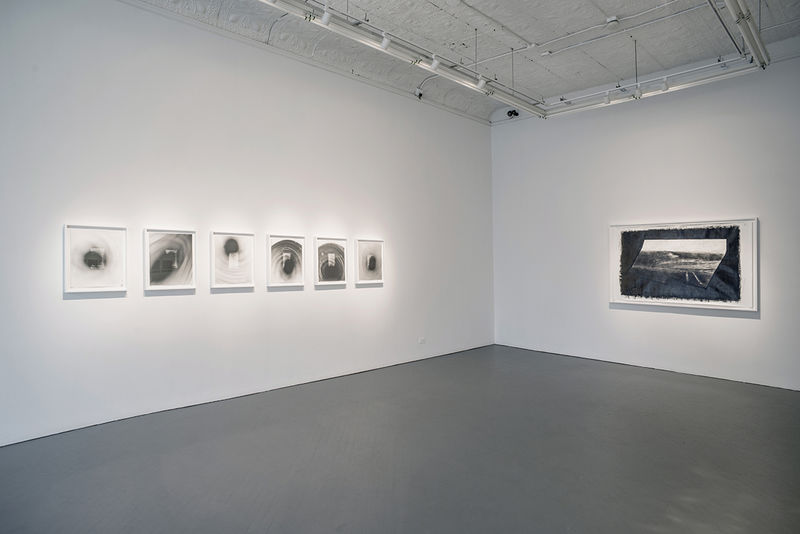 These works are interspersed with large-scale photographs taken by the Mars Opportunity Rover and appropriated from NASA’s public archive. In 2004, NASA launched a mission that placed two Rovers, Spirit and Opportunity, on Mars in order to prospect the surface and look for signs of life. The Rovers were to complete their mission and cease function after approximately 90 days, but both far outlived their projected lifespan. Spirit ceased function in 2011, yet Opportunity continued to roam the planet, alone, until late 2018, documenting the varied landscape of vistas and valleys often taking images of her own tracks - as if she hoped for a break in the isolation, yearning for her partner, her mate. 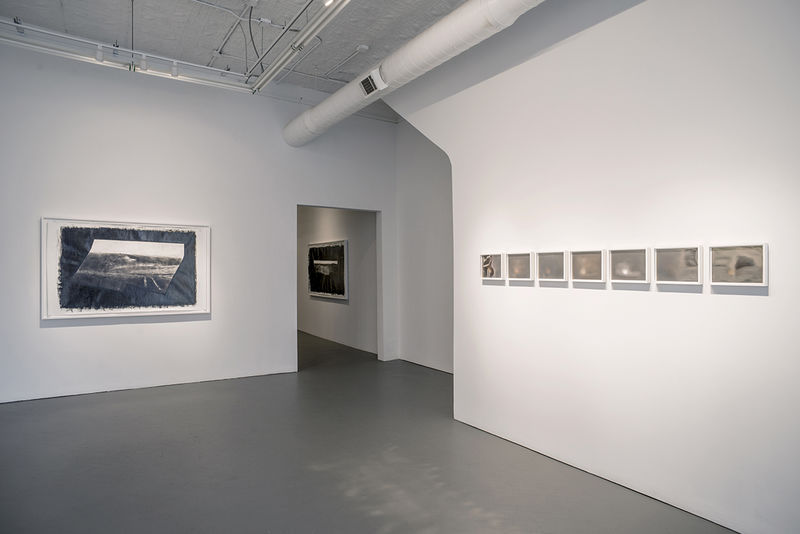 Each landscape is rendered in Bromoil, a 19th century technique popularized by the Pictorialist movement. Scaled at approximately four by six feet, the landscapes are the largest Bromoil prints ever made. After digitally enlarging the image to create silver gelatin prints, Nelson applies lithographic ink to the surface, which she builds and then removes slowly, resembling an archeological process that results in ethereal, painterly representations of the Martian landscape. The sites are blank, empty, and alien, yet they recall geographies of solitude that feel strangely familiar, human. 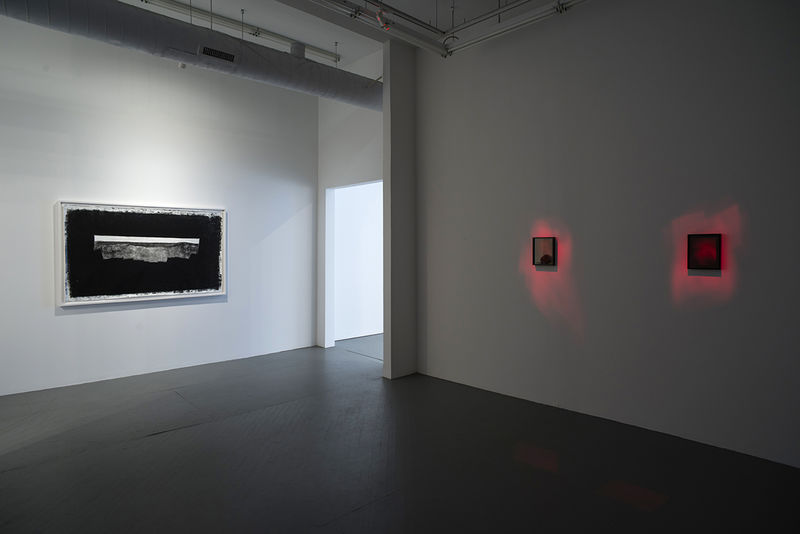 Locations such as Greely Haven and the Endeavor Crater are installed alongside works from her Sol 4,999 series, which depict the sun, as it rose for the 5,000th time during the Opportunity Rover’s extended mission. This series appropriates the same photograph of the sunrise in 25 iterations, utilizing a halochrome process that transitions black and white prints into pure metallic silver by fusing the colloidal silver into a solid state. Intimately scaled, each photograph is a notation on the passage of time referencing the deep, anthropomorphic solitude of Opportunity’s unaccompanied journey. 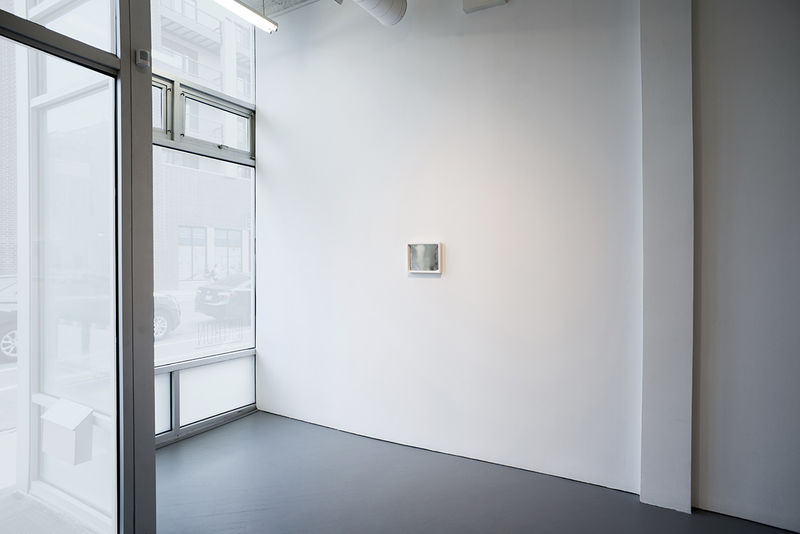 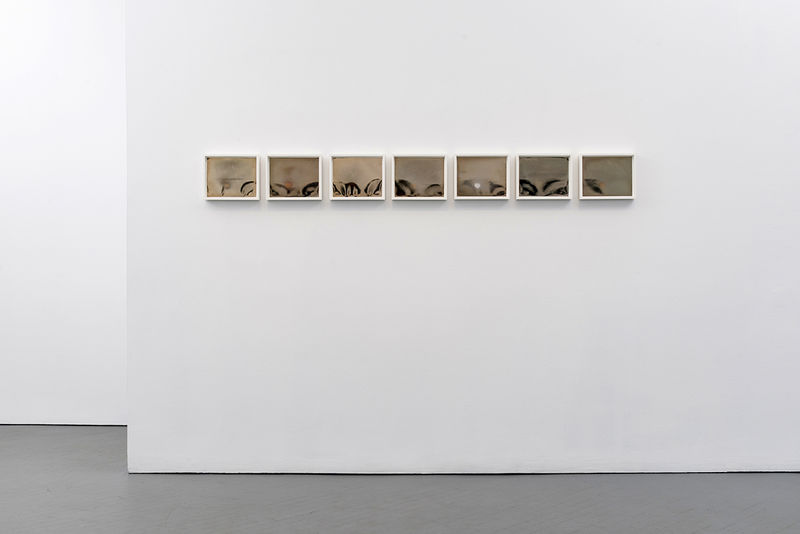 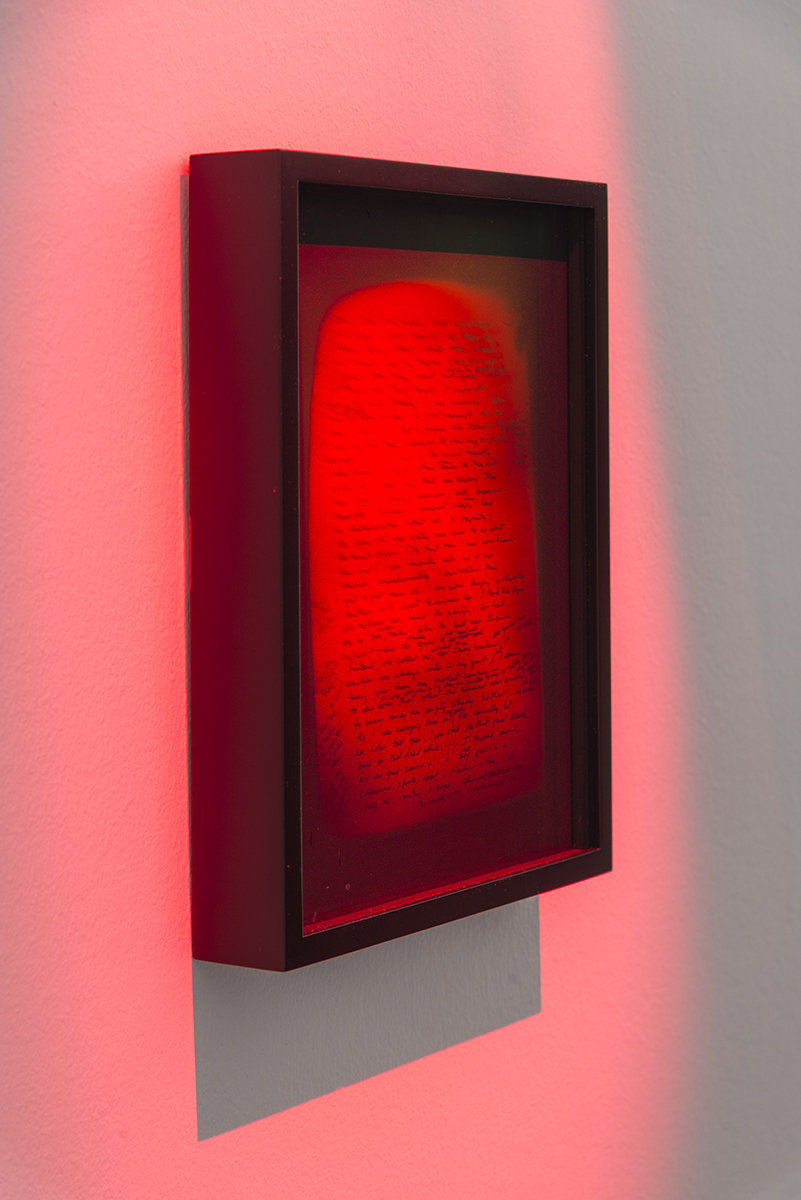 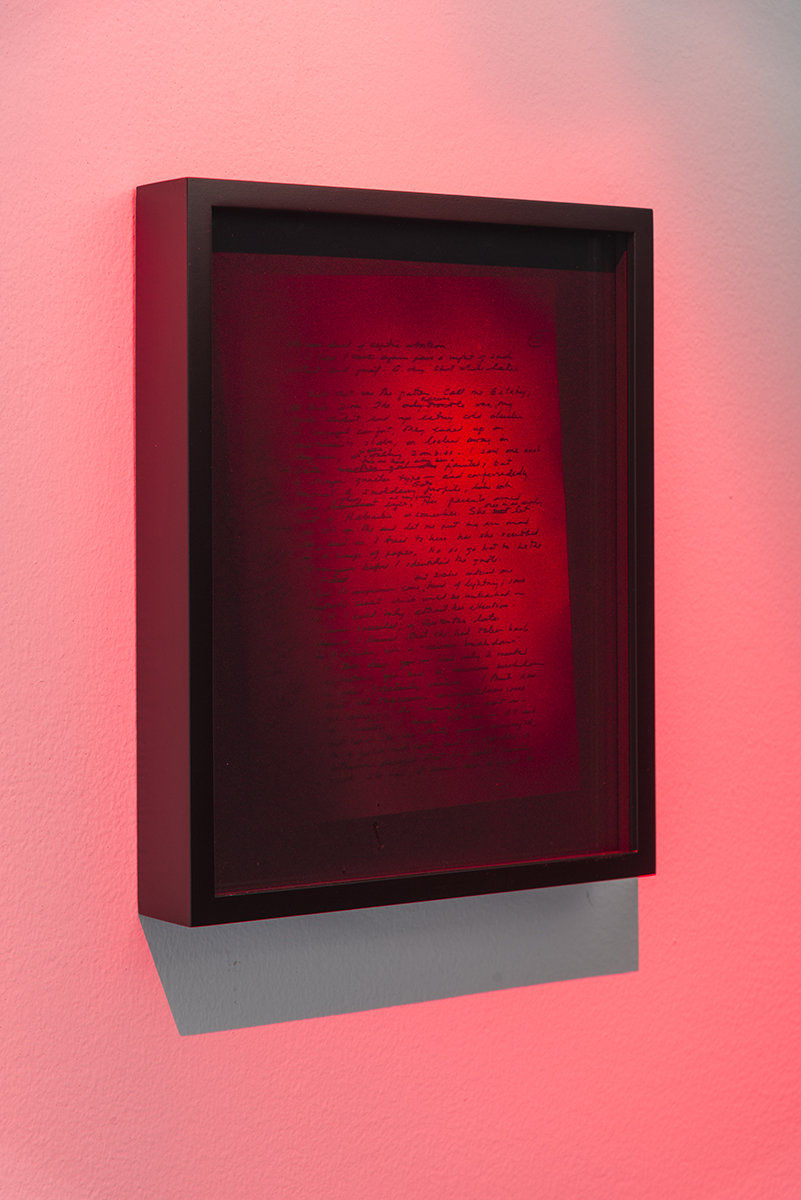 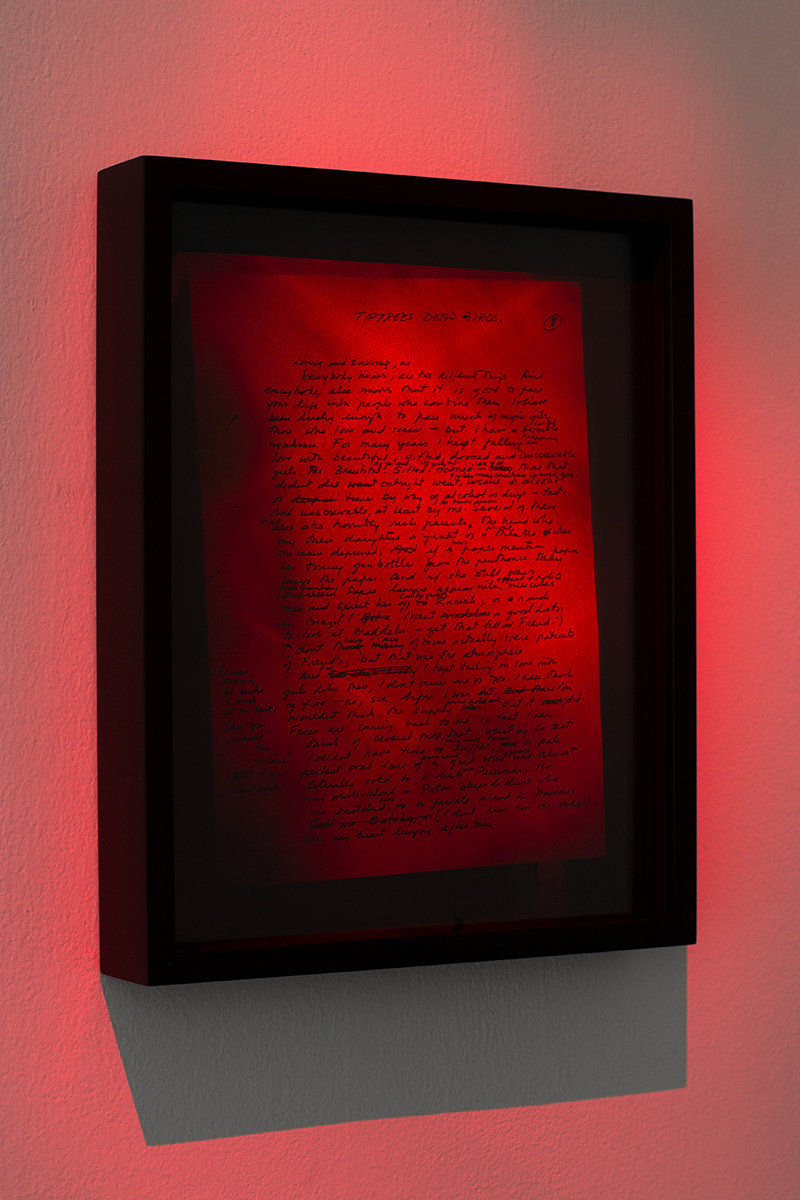 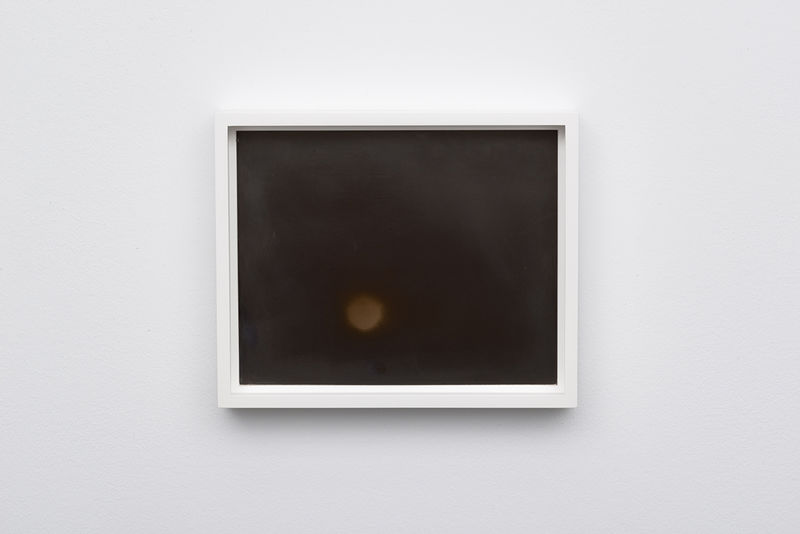 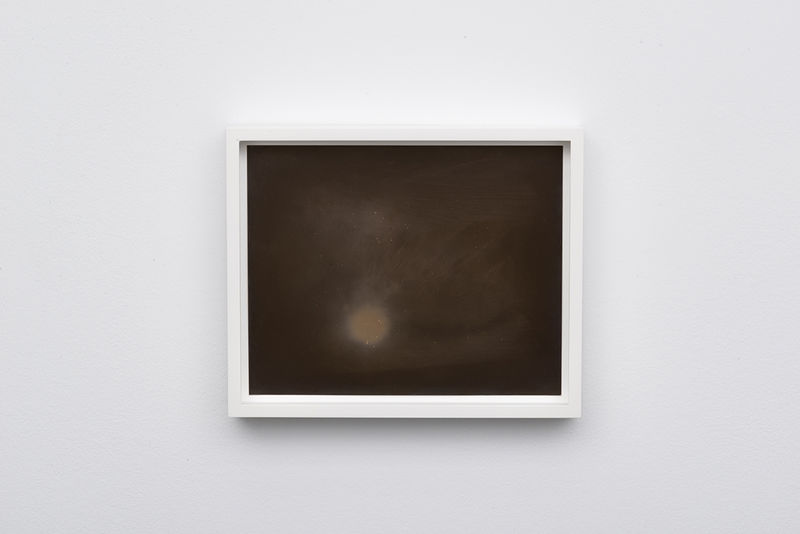 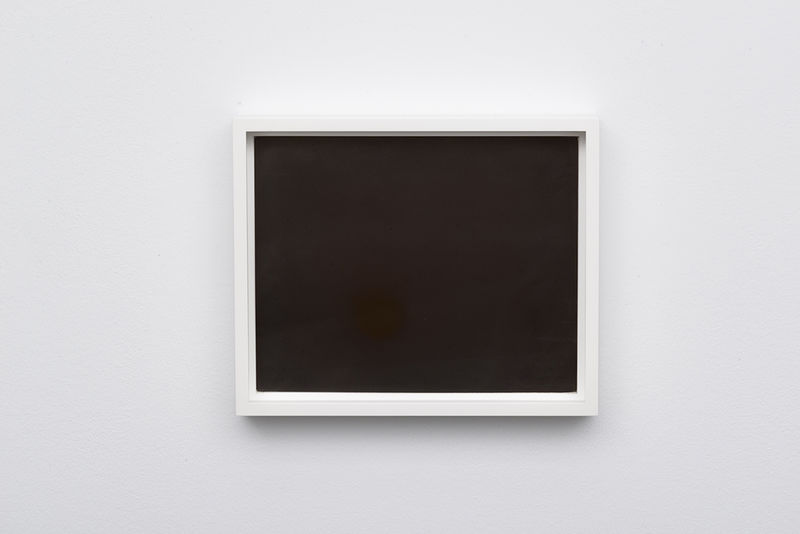 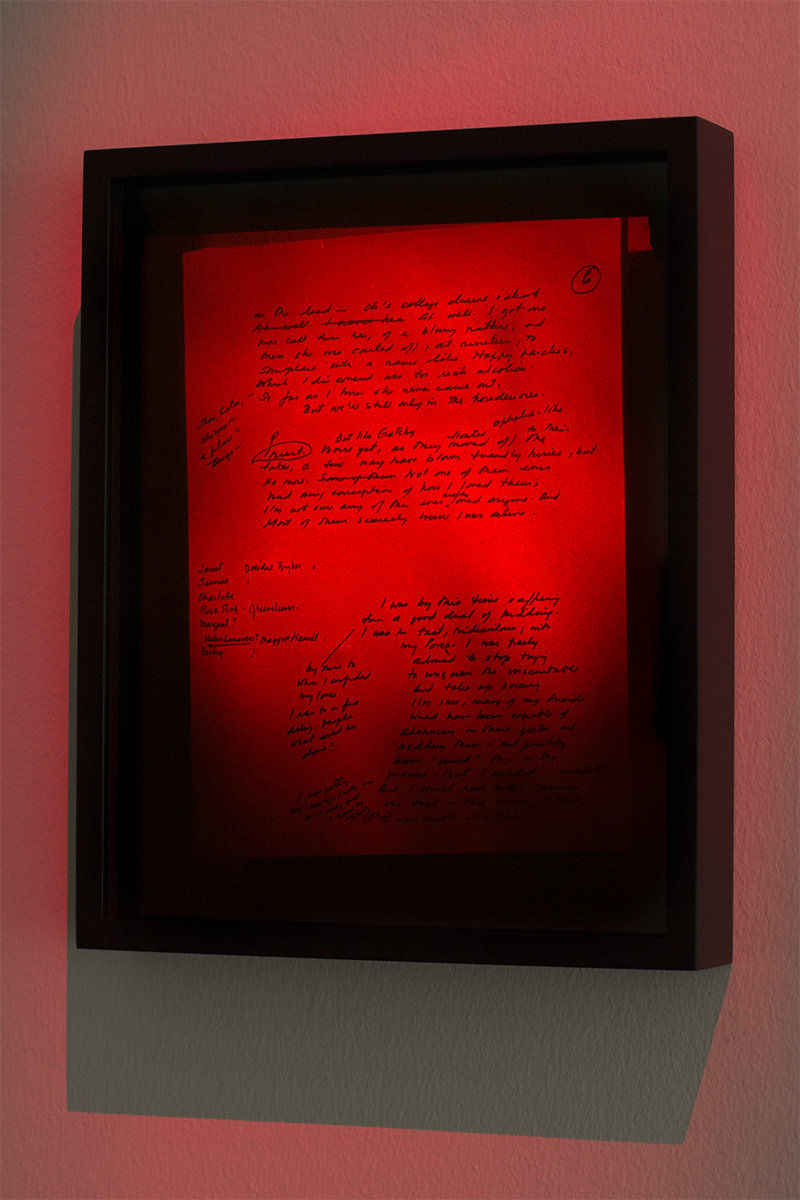 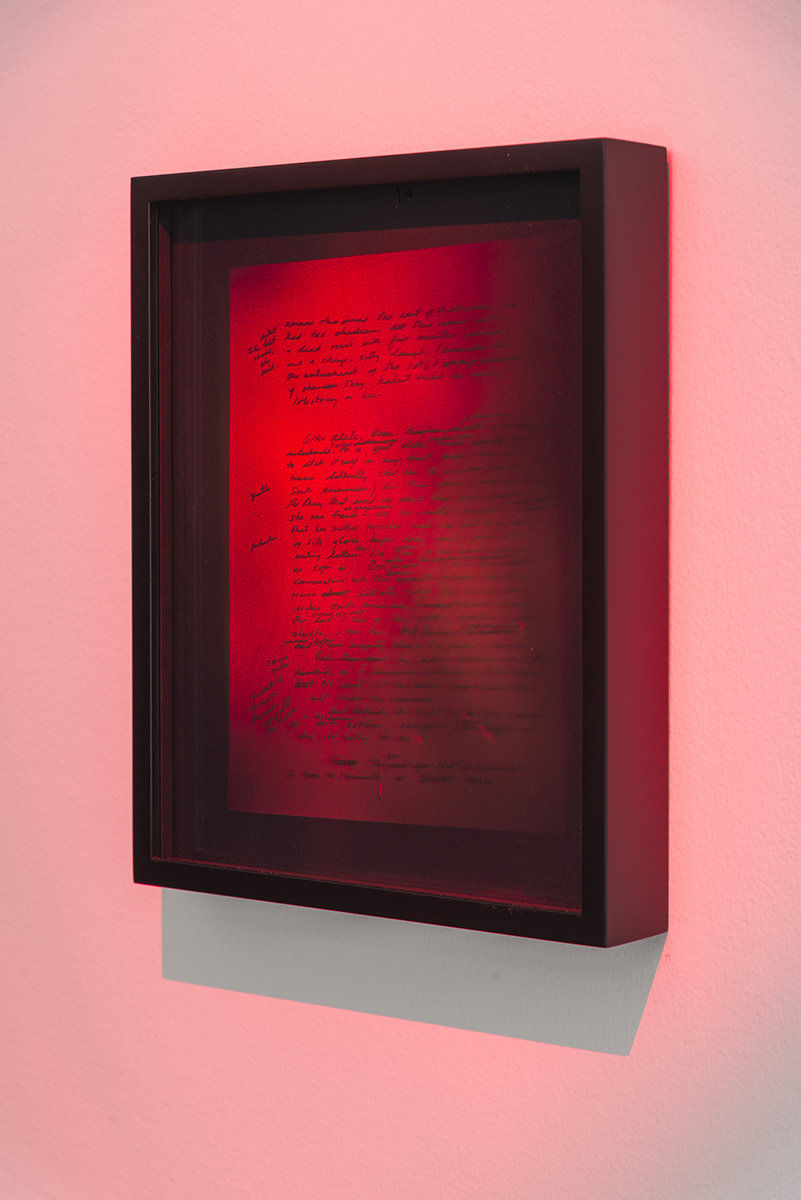 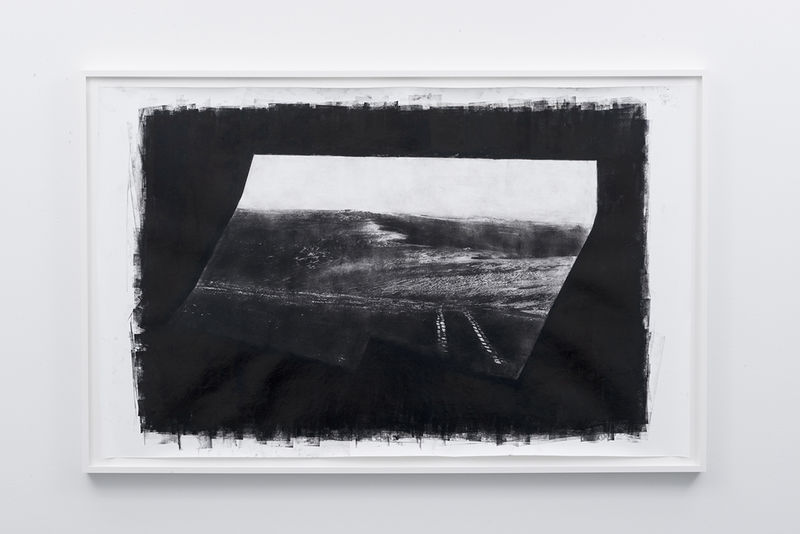 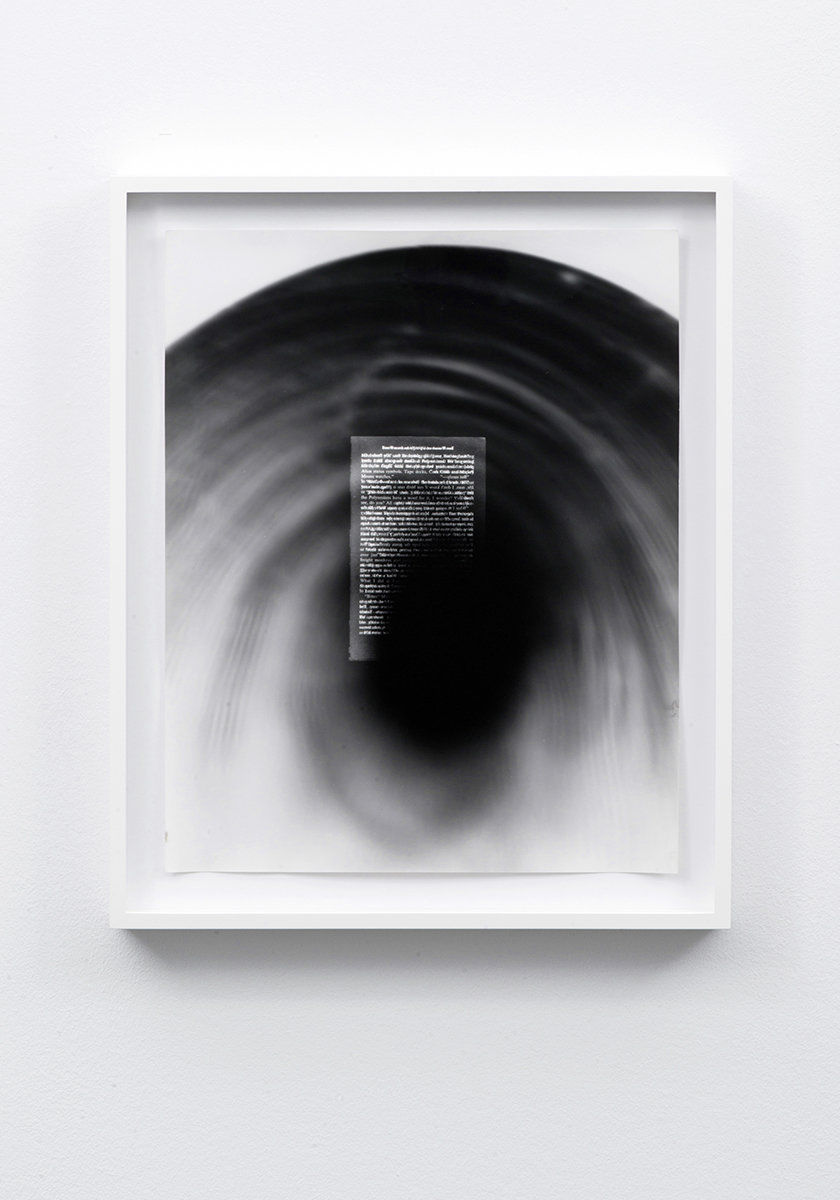 And I Awoke And Found Me Here On The Cold Hills Side, #5 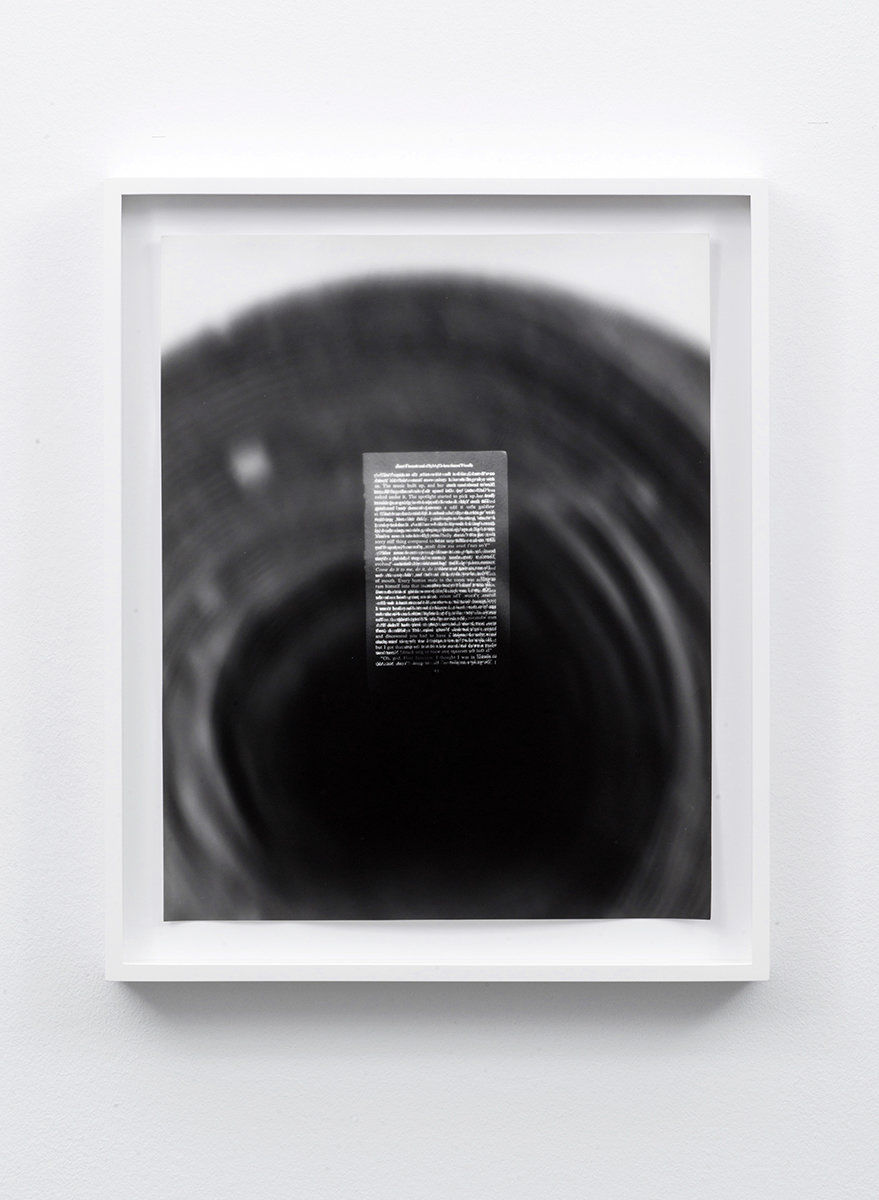 And I Awoke And Found Me Here On The Cold Hills Side, #4 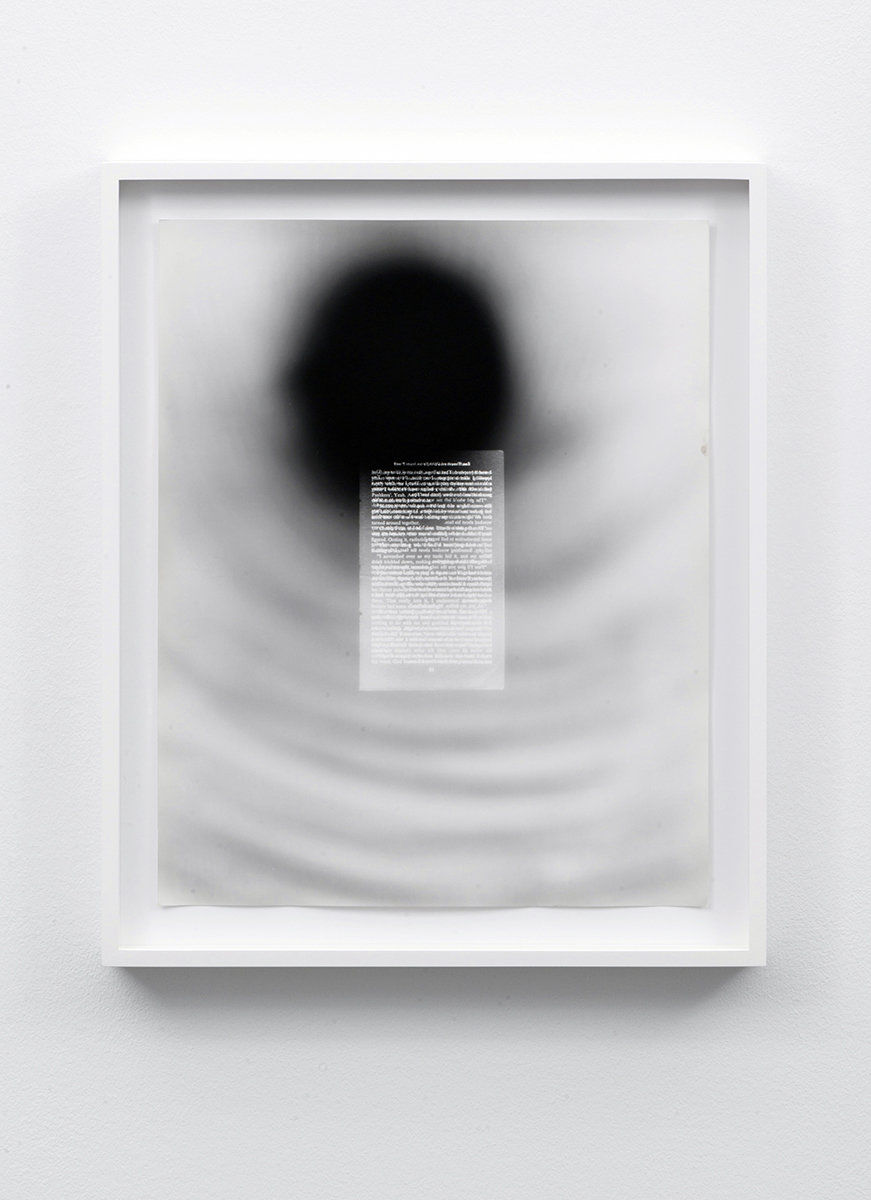 And I Awoke And Found Me Here On The Cold Hills Side, #3 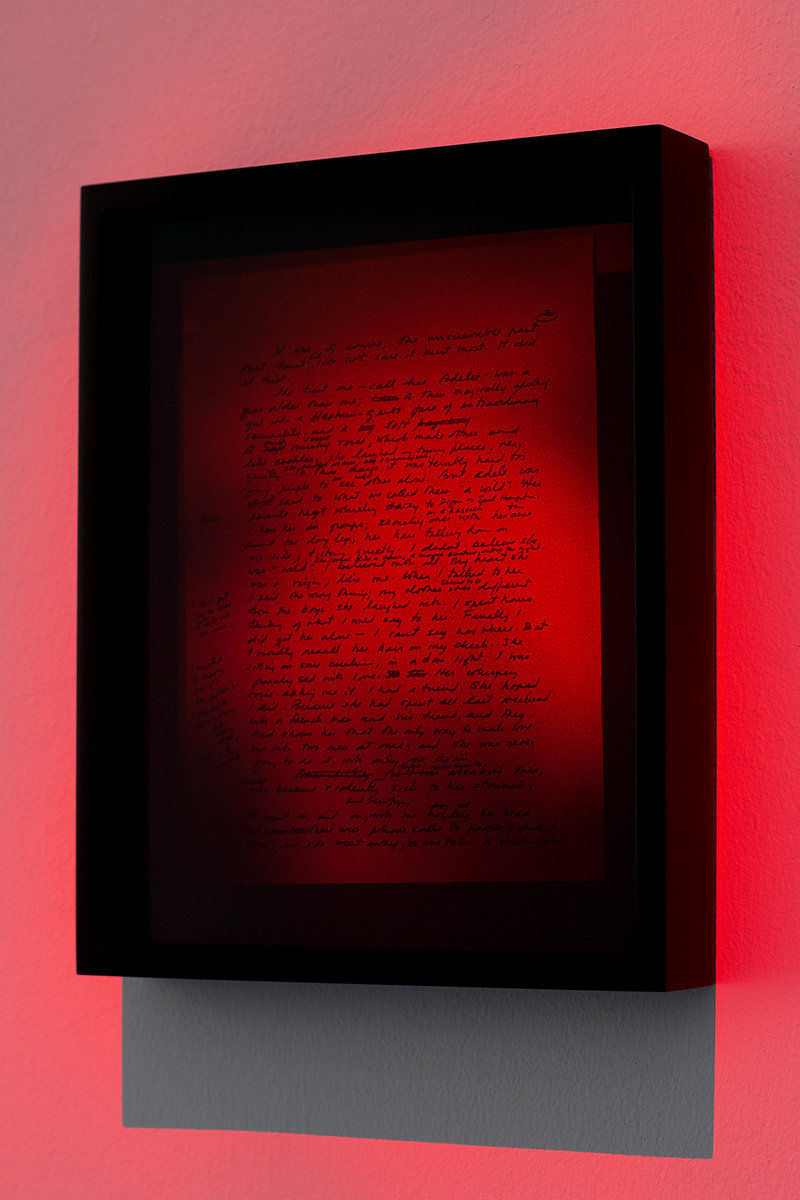 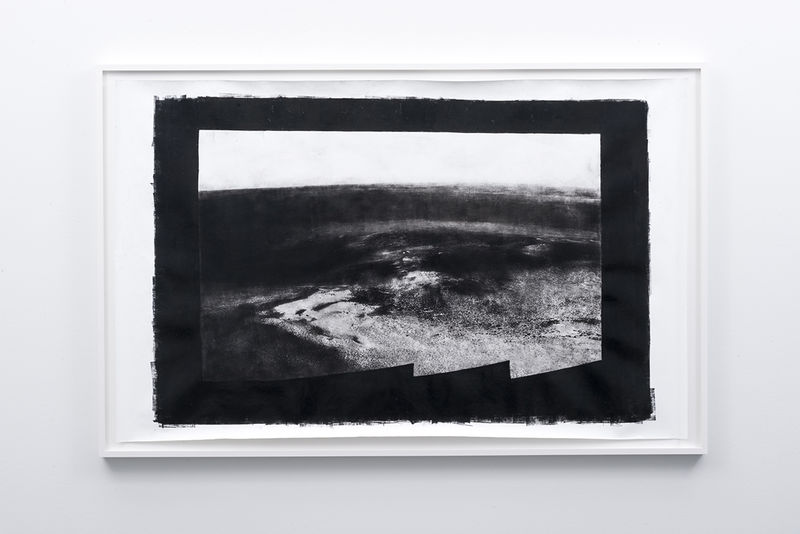