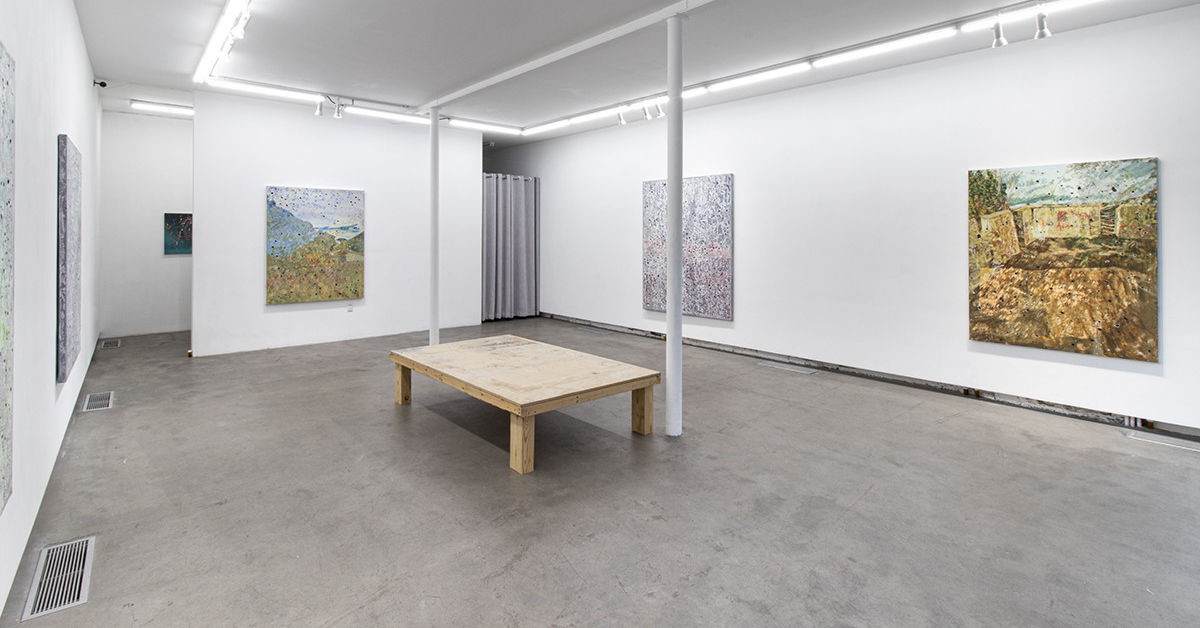 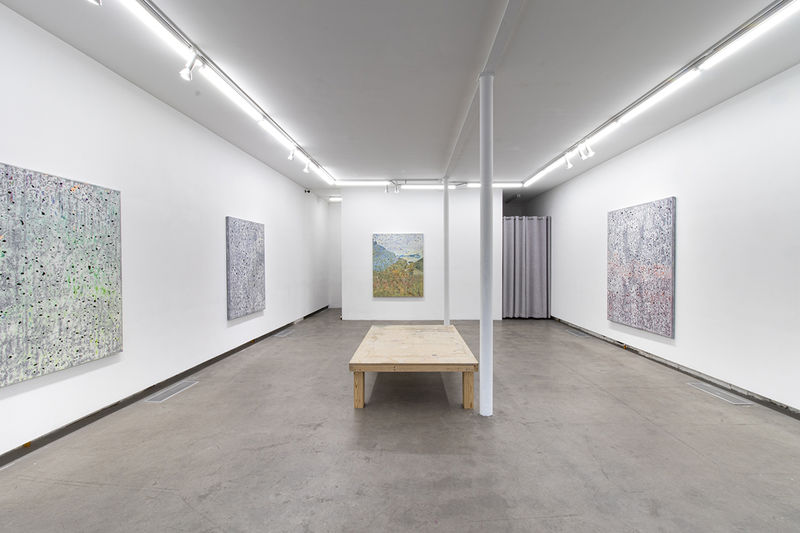 PATRON Projects | New York is proud to present bury enchantment our second solo exhibition with New York-based artist Kadar Brock and his first solo presentation in New York since 2013. The exhibition will open with a reception for the artist on Thursday, November 7 and will continue through November 10, 2019.

“Spiritual growth in the New Age sense may well be characterized as an ongoing individual psychotherapy in which each of us is his/her own therapist, and unlimited freedom for creativity is the promised goal.”

A commitment to ritual is at the center of Kadar Brock’s practice. Often working on multiple canvases at once, Brock creates dynamic, vibrant abstractions that are born from an arduous process of painting, scraping, priming, sanding, and painting again. It is a repeated action of creation and erasure, one that layers multiple compositions atop one another and embodies the physical, psychological, and pictorial records of their making.


bury enchantment, comprised of five large-scale paintings, is an immensely personal body of work. Retaining a commitment to his established process, Brock layers paintings about personal memory, family history, and iconographies of New Age religion, alongside representations of masculinities found in the characters of American and Japanese comic books and film.

For Brock, it is important that each layer of the work is rendered completely, paying homage to the imagery it considers before it is deconstructed. The original image functions as a symbolic entity, only at times peaking through the final surface of the work by way of color, shape, or shadow. In this sense, each painting is a memorial, full of ghostly referents. Yet, this assemblage is also an act of release, fusing multiple signifiers into one renewed object. The physical and emotional process of creation, often taking place over many years, enables a reverse archeology of the self and renders a delicate balance between body, memory, and psychology. The titles of the work, such as, the sacrifice, the struggler, the kiln of the first flame, the wanderer, reveal snippets of the content, naming the layers underneath, yet encouraging the viewer to take a slower, closer look.

In the fall of 2018, Brock traveled to Rains, Utah, a once vibrant mining town and the birthplace of John-Roger Hinkins, the leader of The Movement of Spiritual Inner Awareness. Raised in MSIA, Brock was interested in visiting Rains to better understand New Age religion and its impact on his upbringing and current philosophies. On this trip he hiked to the now ghost town, photographing the terrain and gathering materials connected to his family history. rains schoolhouse, rains schoolhouse and little standard, western tipple, are the result of this trip, depicting the landscape and it’s abandoned structures. In these works, however, Brock has shifted the ritual of his production, foregoing the layer of primer between each action. As such the content is distinctly legible, appearing almost as photographic double-exposures rendered in oil. Instead of burying the image, Brock has erected a monument in its memory. 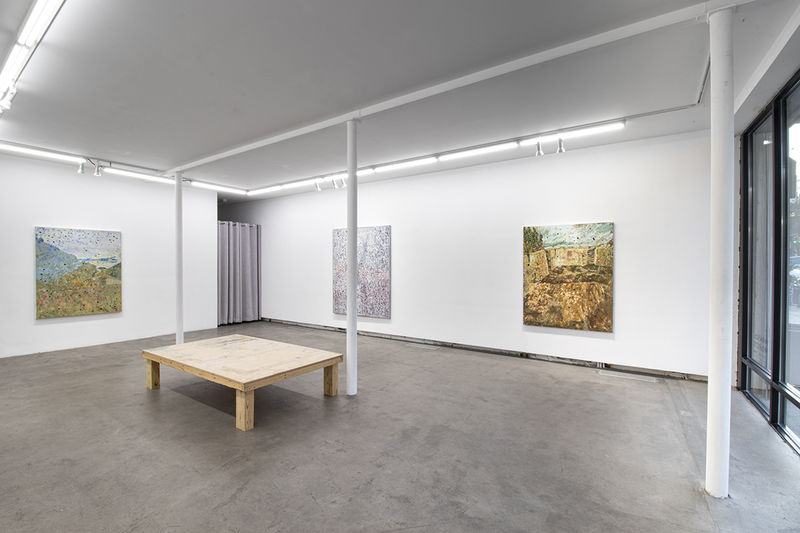 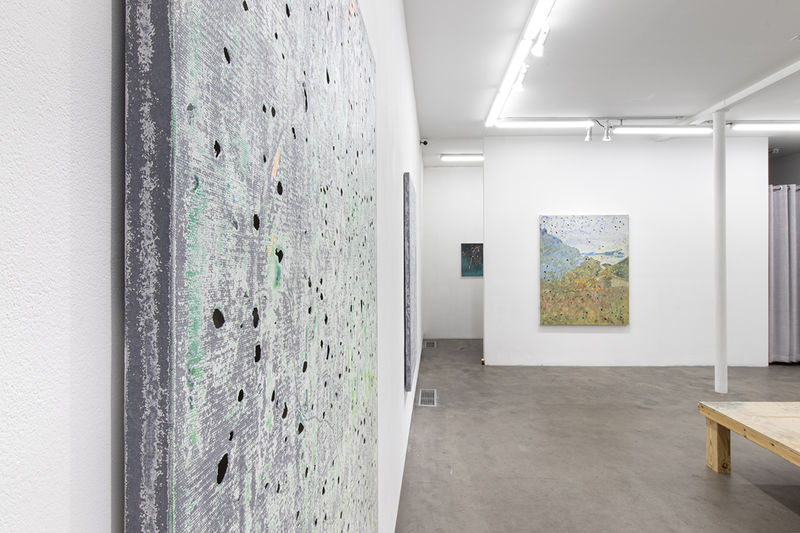 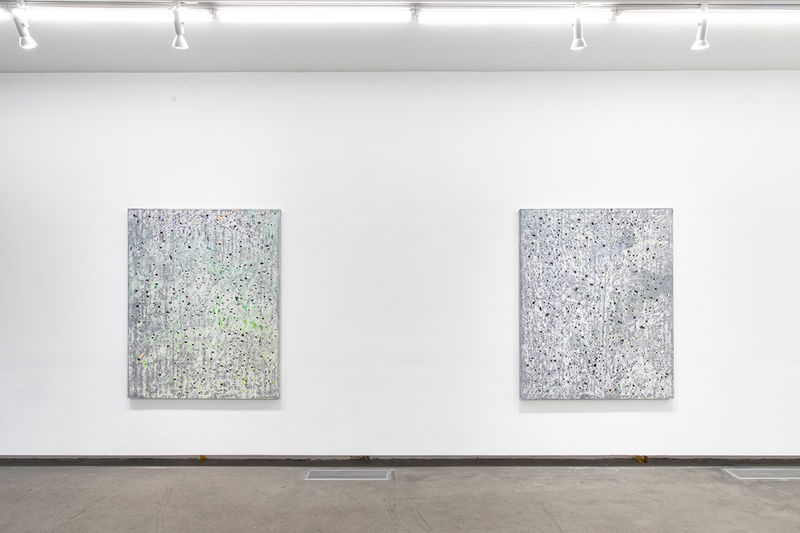 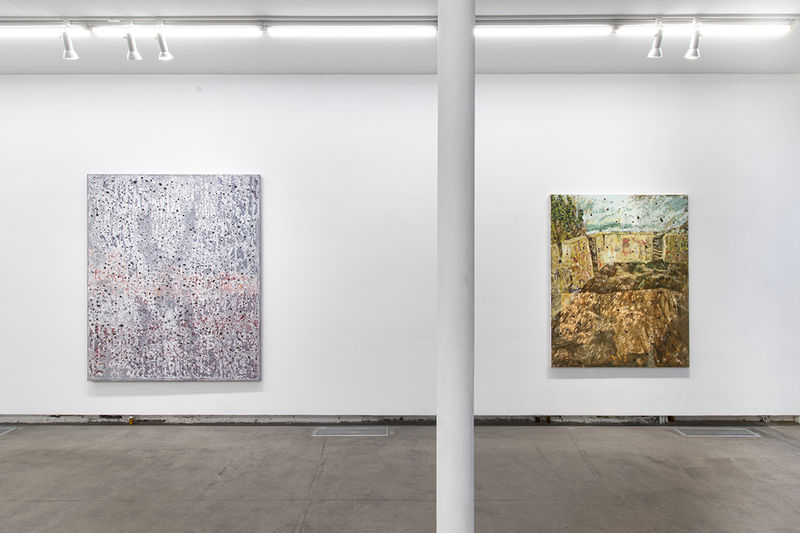 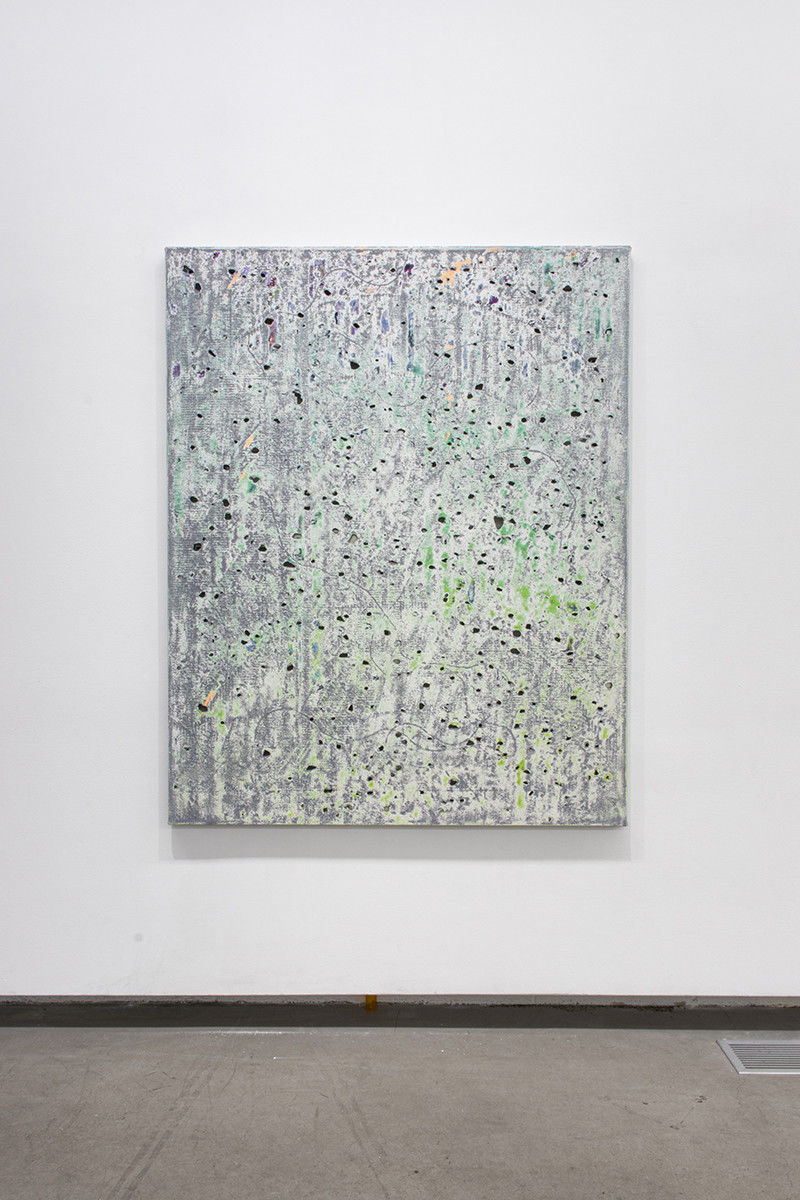 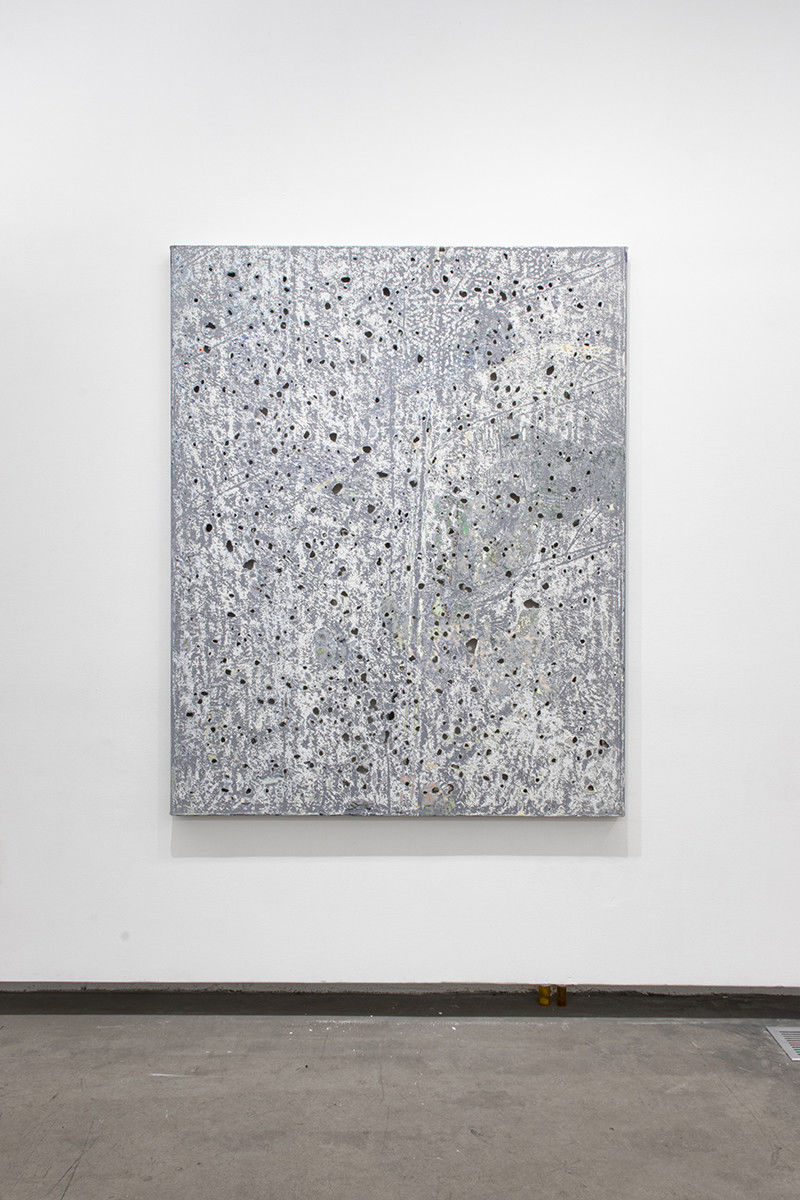 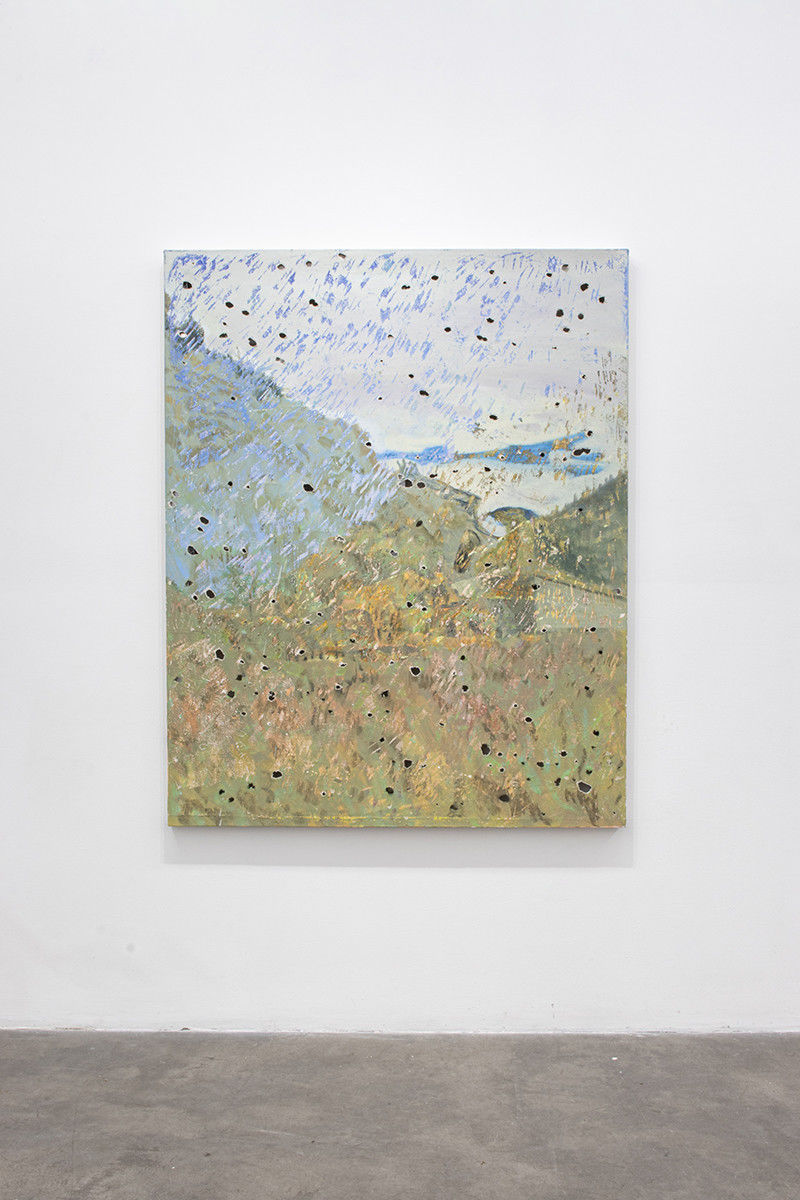 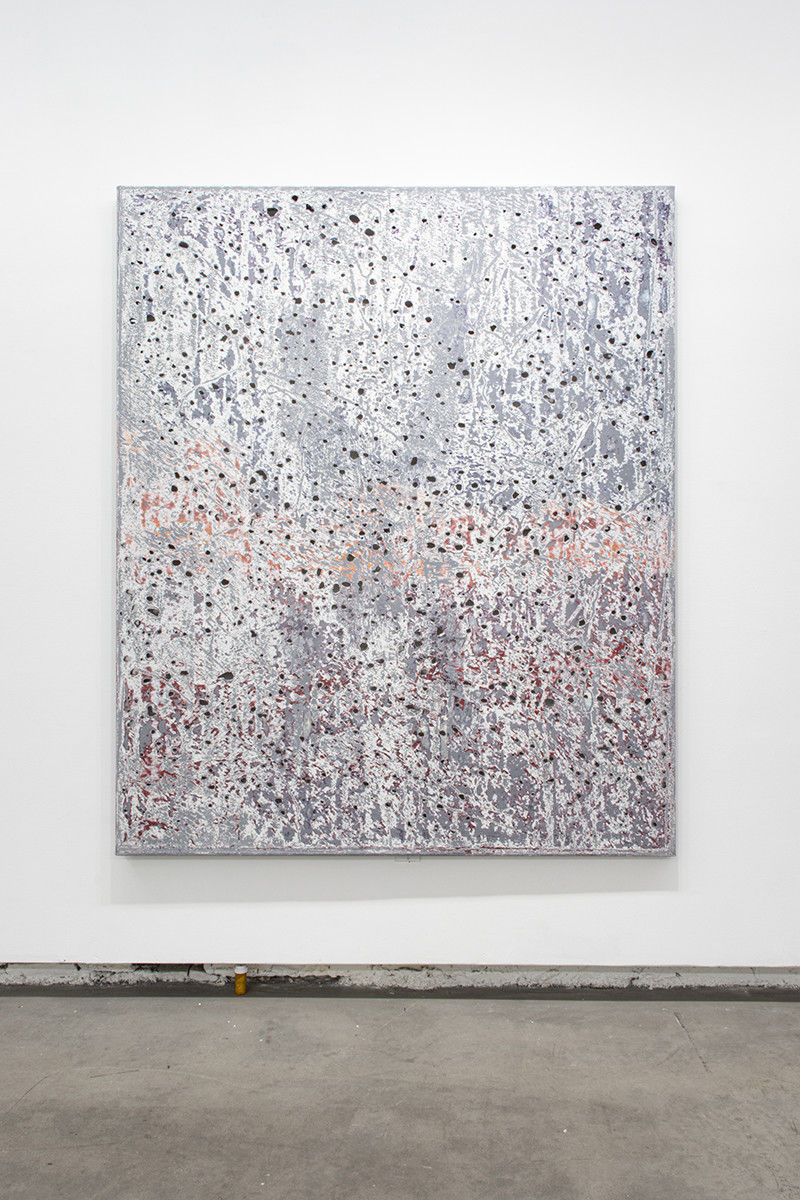 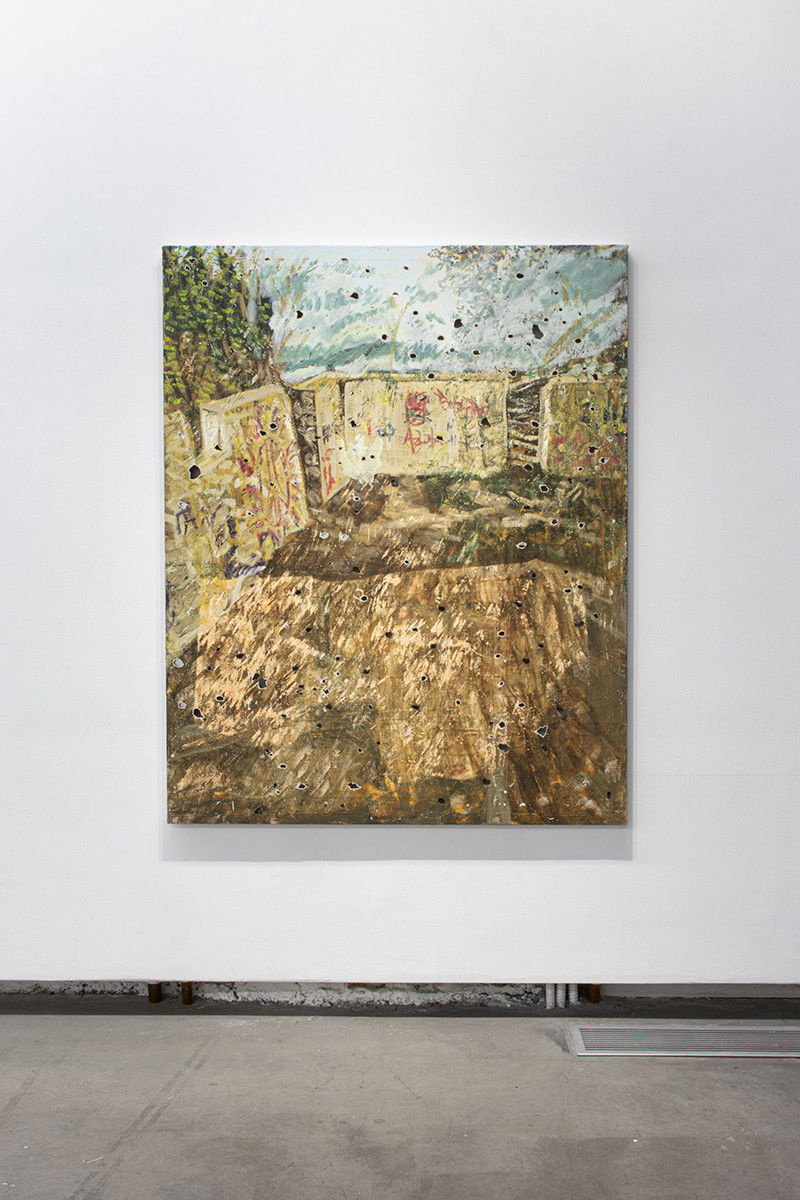