Sixty-three years after the coal mine closes, sixty-one years after Roger Delano Hinkins, the future John-Roger, founder of the Movement of Spiritual Inner Awareness (MSIA), is born to a Mormon family in Rains, Utah, and about forty years after his father becomes an MSIA follower, Kadar Brock travels 2,200 miles from his home in Brooklyn to explore, photograph, and draw the town’s remnants. In June of 2019 he brings these drawings and photos into the studio at the Macedonia Institute residency in New York’s Hudson Valley, and begins to paint. A month later he posts an image of a new painting of an excavated landscape he’s calling rains schoolhouse. “It’s good to be home,” he writes. “Glad I’ve kept that one as is…”

The committed trajectory of Kadar Brock’s work traces its origins to a post-Cooper Union decision to un-stretch and scrape his early,numinous figurative paintings, coat them in layers of alcohol-based primer-sealer, then sand the canvases until they are soft, brittle, and chalky. Finally, he covers the surfaces again with rich oil paint. This process of labor repeats until the paintings are revealed as abstractions riddled with expressive holes and cracks, chaotic marks and flashes of color, on fine, fragile expanses. rains schoolhouse, rains schoolhouse(2019) and little standard, western tipple (2019), are exemplary paintings from Kadar’s most recent exhibition, Bury Enchantment,of how his experience in Utah has impacted his practice. The oil painted image isn’t covered up, hidden, or unrecognizably abstracted—he painted a landscape and we see a landscape. While not an entirely new idea for him—figurative elements have been lost and recovered in his paintings before—these unburied likenesses disclosethe hills, mountains, trees, shrubs, and dirt of Rains with all the diffuse light and grayed color of a Cezanne, translating and locating his connection to the scene itself. They mark a tangible destination in our shared reality with vital implications for Kadar’s historical, spiritual, and imagined biographies. John-Roger inhabited this space, so too must Kadar.

It’s a month after Bury Enchantment opened and I’m looking at a high-resolution image of green, orange, purple,blue(2019) and imagining Kadar’s painting practice as metaphorically panning for gold, which could maybe be a comment on or criticism of art in general, but I’m forced to let the idea go when I learn that, unlike many other western states, Utah did not have extensive gold prospecting opportunities, though it had (and still has) coal prospects. I read about anthracite, lignite, bituminous coal, and sub-bituminous coal, and about some of the many ways we extract it from the ground—strip mining, contour mining, mountain top removal, longwall, continuous, room and pillar, blast mining, shortwall, and retreat mining. I read that coal comes from peat—which is decayed prehistoric plant matter—after exposure to tremendous heat and pressure hundreds of feet below the earth’s surface. The parallels with Kadar’s practice are obvious. I think about what it must have been like for Kadar to look at his paintings in the mid-2000s and realize their potential if they were rendered illegible with layers of flat paint. How many layers should be added? How long should they sit there, covered? How should he excavate the surfaces? How long before this site of his labor transforms into painting?

Maybe green, orange, purple, blue is not an abstract painting, but instead a metaphorical meditation on seemingly coincidental connections between several levels of Kadar’s experience waiting to be filled not only with historical, but also imaginative content, obfuscating easy binaries between the two.

I walk into Kadar Brock’s exhibition and sit on the lightly painted bench in the center of the room. On the other side of the country the coal mine in Rains is flooded. Here, on the Bowery, in Patron Gallery’s pop-up space, hang two large landscape paintings and three large abstractions. Here, Kadar makes the case for painting as sifting mechanism, filtering pigment and light in a very practical way. The depth is actual, not illusionistic. Rather than accruing meaning through positivist additive processes, it is through the negation of surface that Kadar, while on very personal mystical quest, posits that depth itself holds meaning. 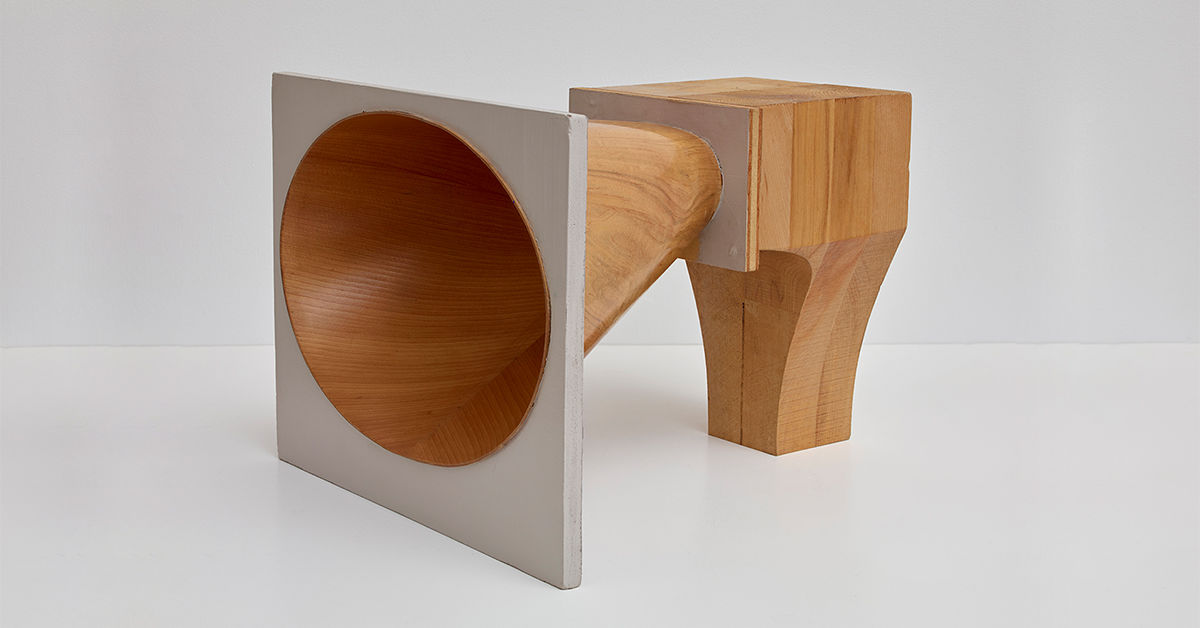 Editors’ Picks: 20 Things Not to Miss in New York’s Art World This Week 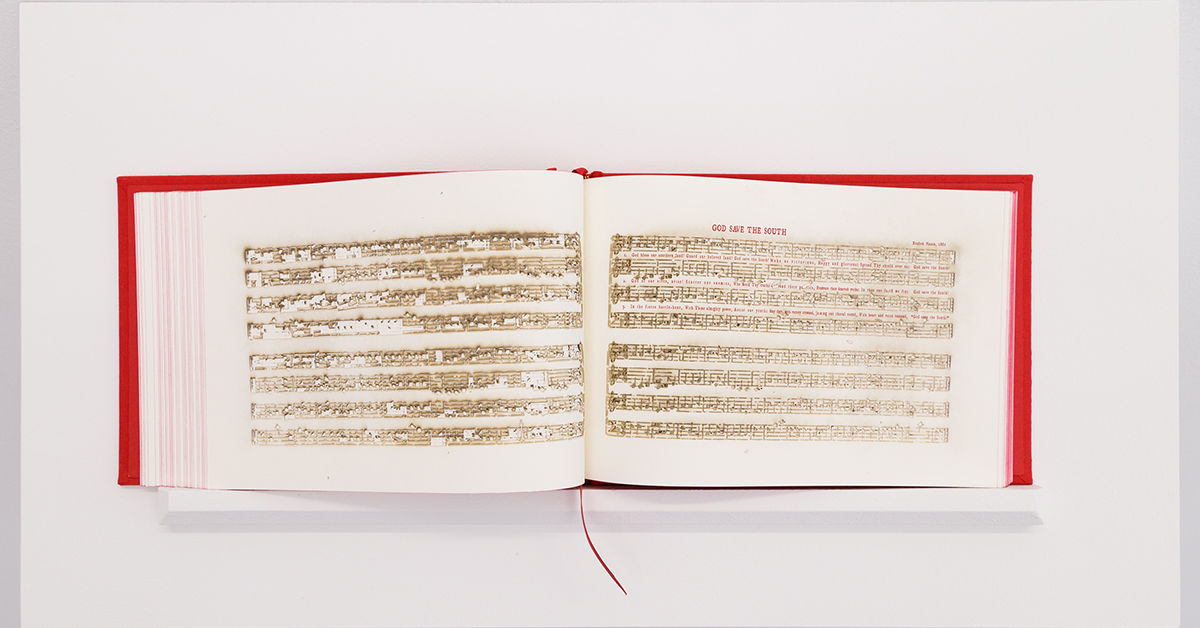 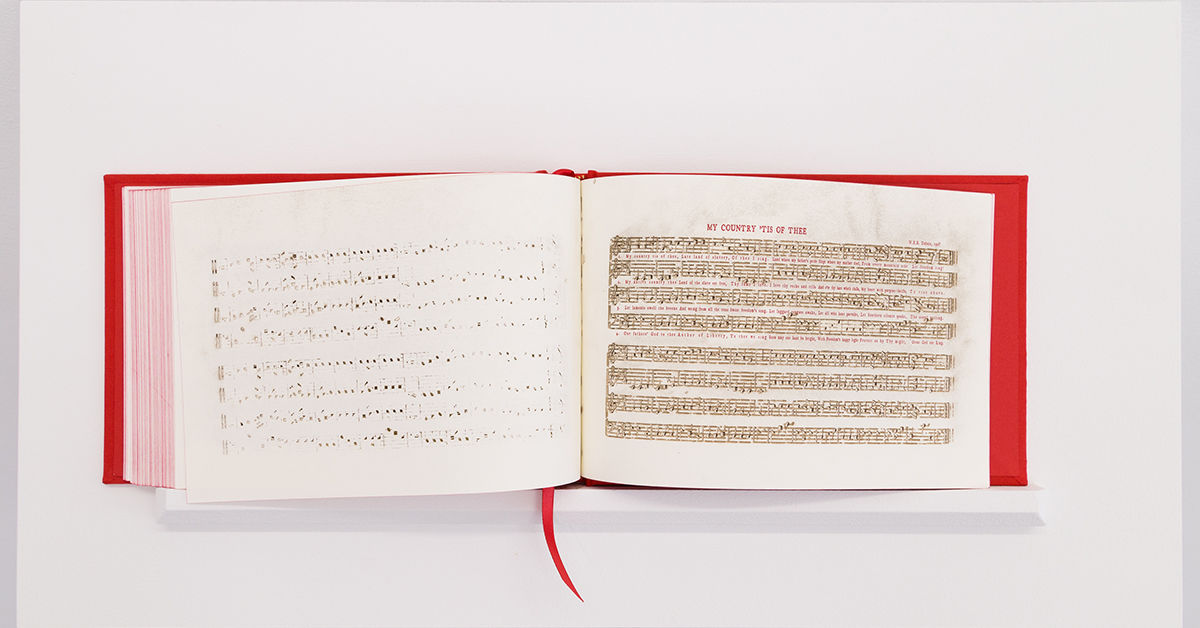