Bethany Collins : My destiny is in your hands

Bethany Collins (b. 1984), a native of Montgomery, lives and works in Chicago, Illinois. She is a multidisciplinary artist whose practice critically explores the interaction of race and language. The exhibition Bethany Collins: My destiny is in your hands explores these themes along with notions of home and belonging. 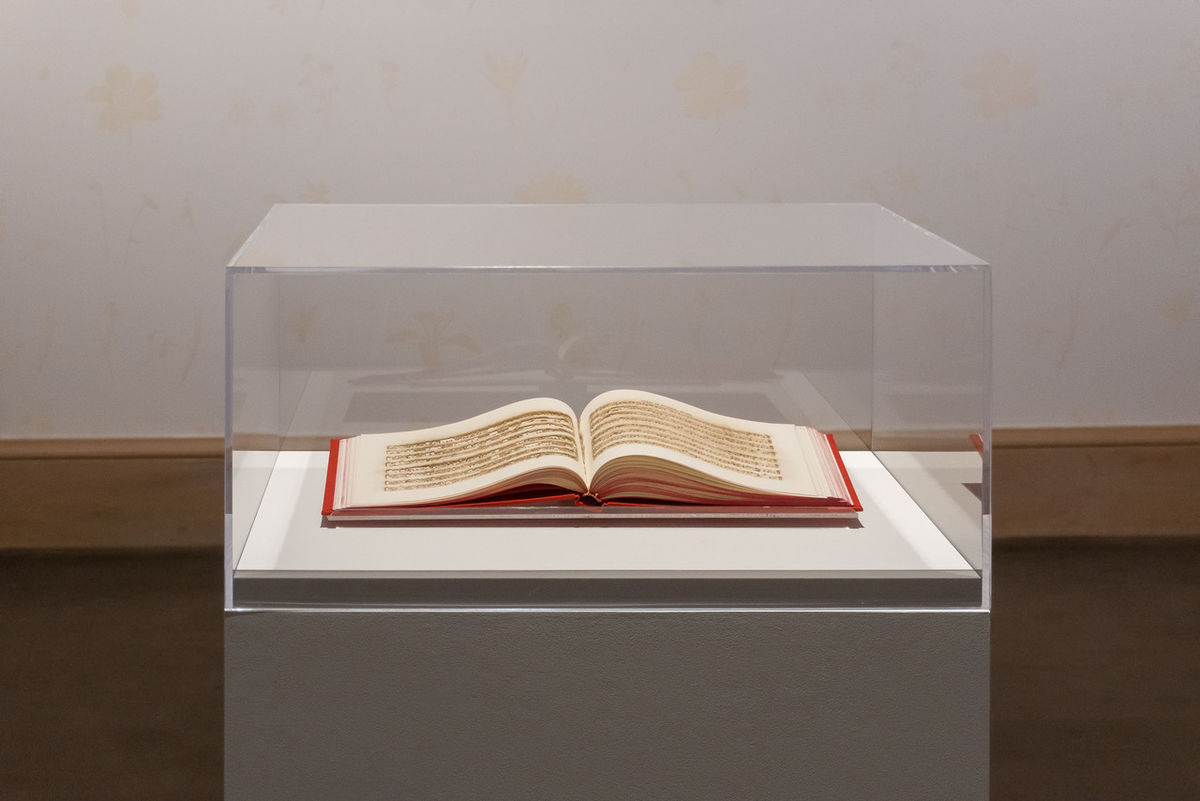 My destiny is in your hands, 2018, for which the exhibition is named, is a white on white screen-printed and flocked wallpaper that depicts the official state flowers of the American South alongside the official flowers of states along Great Migration routes—where more than six million African Americans left the South in a steady population shift that “forever changed both those who fled and the places where they sought refuge.” 1 Collins’ investigation of the language of flowers, or floriography, drew her to the abundance of nineteenth-century flower dictionaries, which made the transmission of covert messages possible through “talking bouquets,” as well as to state symbols—from flags and anthems to poetry—which act as visual representations of a people, their history, and their shared values. 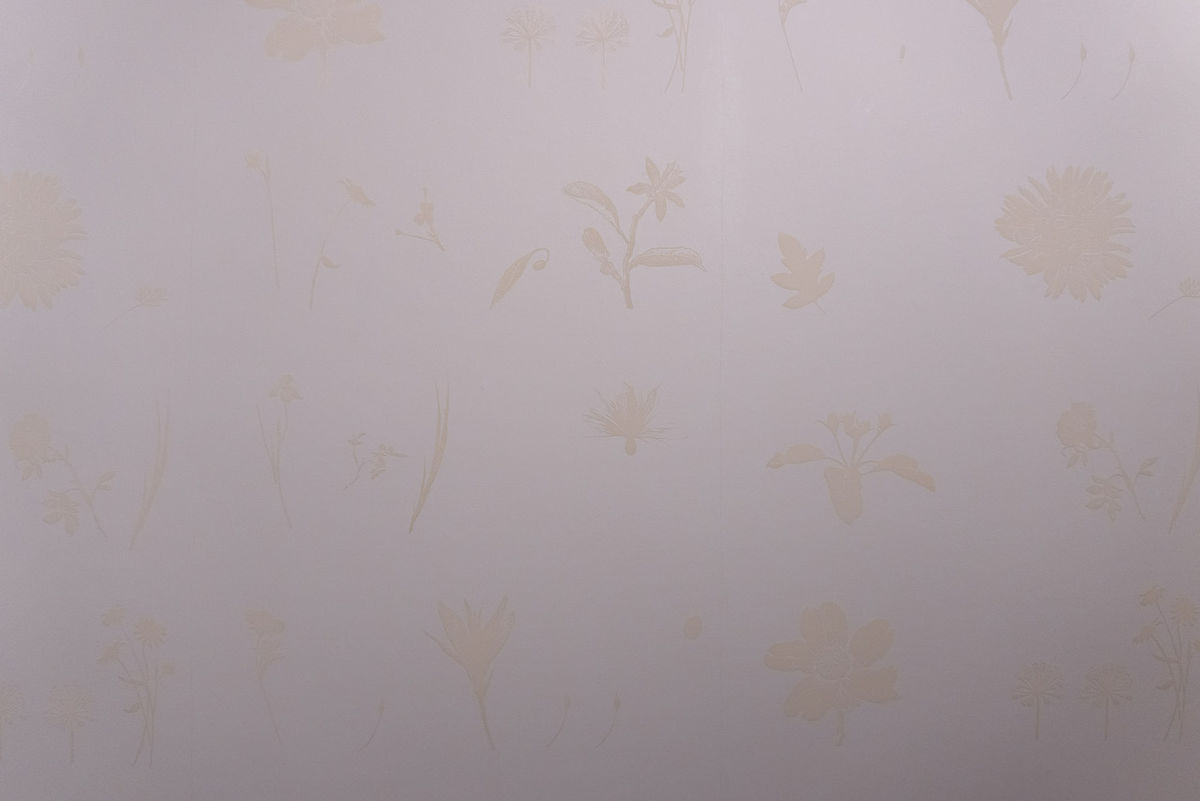 According to 19th c. flower dictionaries, Delaware’s official state flower – the peach blossom – conveys “I am your captive,” while Louisiana’s iris means “I burn for you” and Alabama’s camellia translates to “my destiny is in your hands.” The result is an expansive “talking bouquet” whose messages sound as much like a love letter as indictments. Navigating love, possession, pain, and nationhood, the more than 300 camellia petals in Collins’ site-specific installation memorialize the number of documented lynchings that took place in Alabama post-Reconstruction (1877–1943).

This installation will create a chapel-like setting that envelopes America: A Hymnal (2017). This artist book features 100 versions of My Country ’Tis of Thee written from the 18th-20th century. Since its debut by the Rev. Samuel F. Smith on July 4, 1831, the lyrics of My Country ’Tis of Thee (also known as America) were re-titled and re-written at least one hundred times. Each re-writing in support of a passionately held cause— from temperance to suffrage to abolition and the confederacy—articulates a version of what it means to be American. 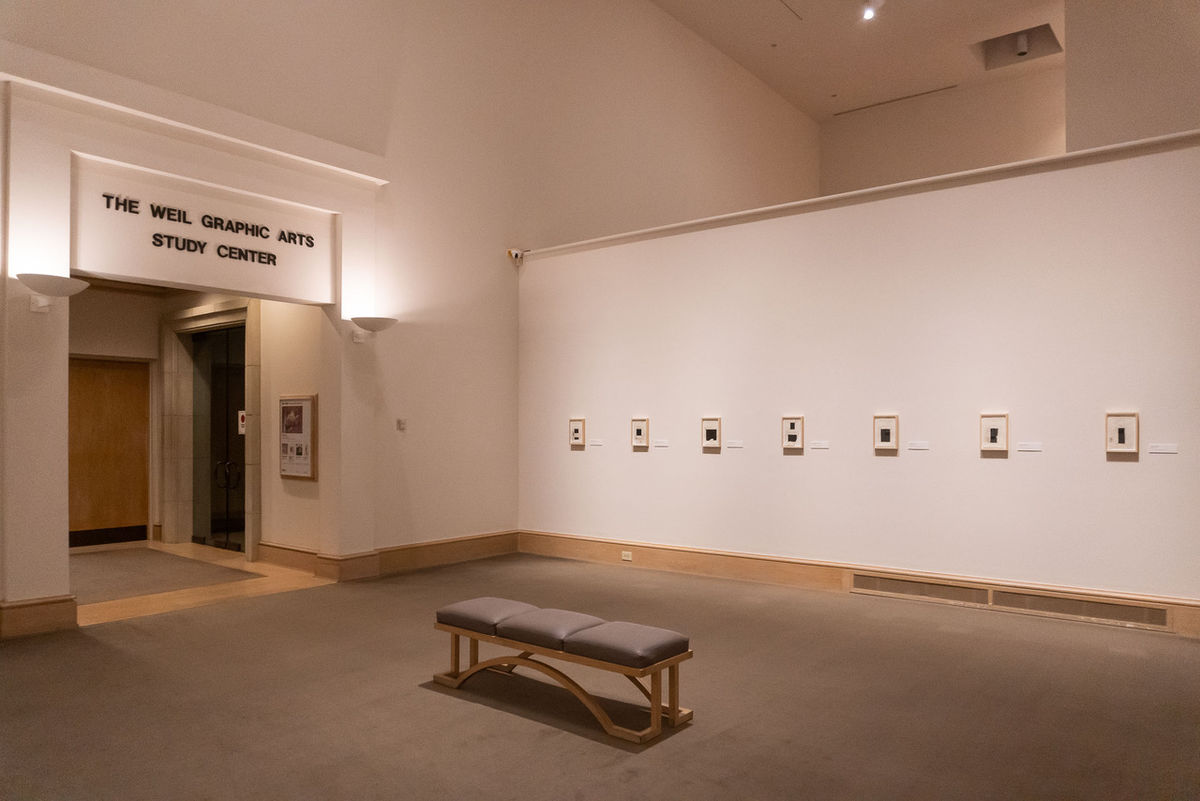 Joining these works are 15 drawings from her Southern Review series. In an attempt to rewrite a Southern narrative, Collins unbinds a quarterly Southern Review journal and fills in the body of each page’s text. Titles, authors, and footnotes remain untouched. Only the text’s body, the Southern body, is re-thought, re-ordered, and re-written. 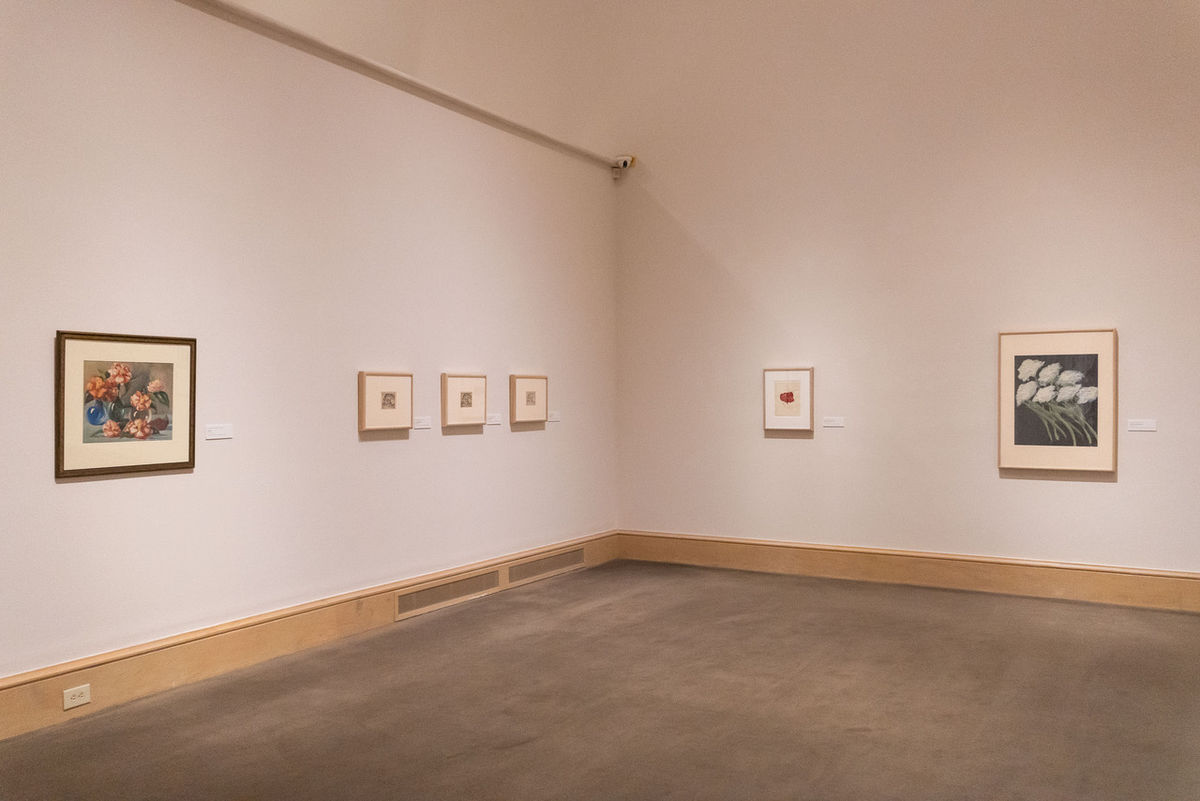 Collins will also create a florigraphic poem, translating works from the permanent collection of the MMFA. 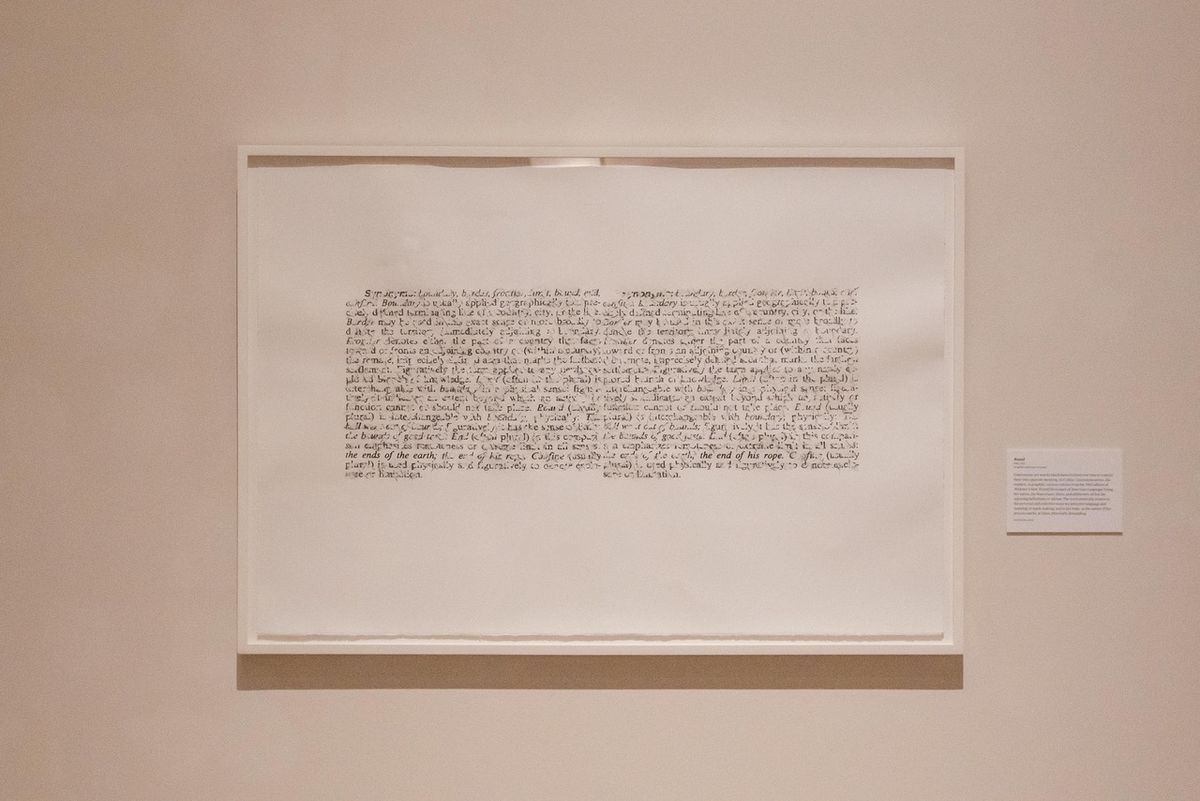 Included in this part of the presentation are two works from Collins’ Contronym series, including Certain (1982), 2015, from the MMFA’s Permanent Collection. Contronyms are a category of words that contain their own opposite meaning. In these works, Collins renders in graphite definitions from the 1982 Websters New World Dictionary. Using her spit and a pink pearl eraser, she erases, blurs, and obscures all but one definition that highlights the opposition and linguistic nuance that is embedded within the meaning of a word.