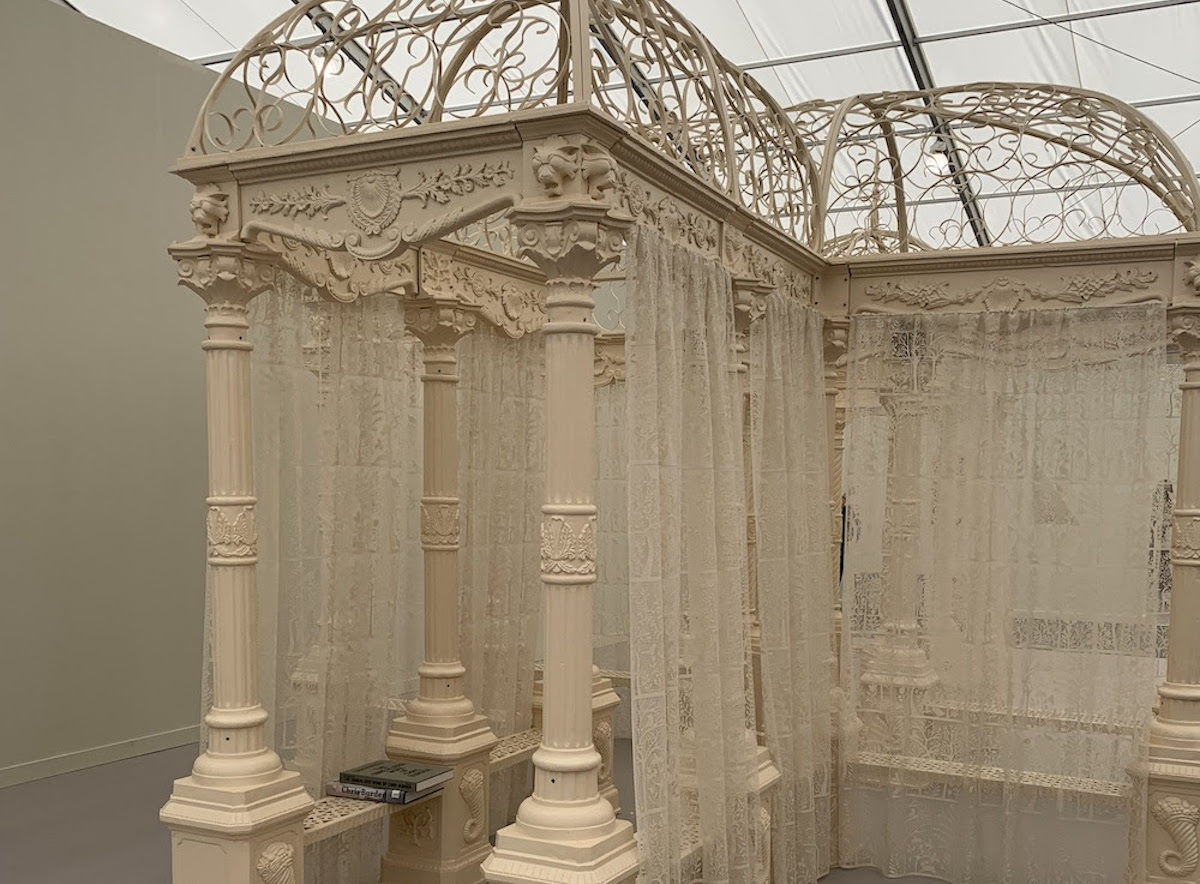 The 2022 edition of Frieze Los Angeles took place last week in a large, purpose-built structure on the grounds of the Beverly Hilton. After a hiatus in 2021, the fair rose from 70 gallery booths in 2020 to approximately 100 this year. The rise in participation coincided with a flurry of announcements by global galleries of new outposts in L.A. 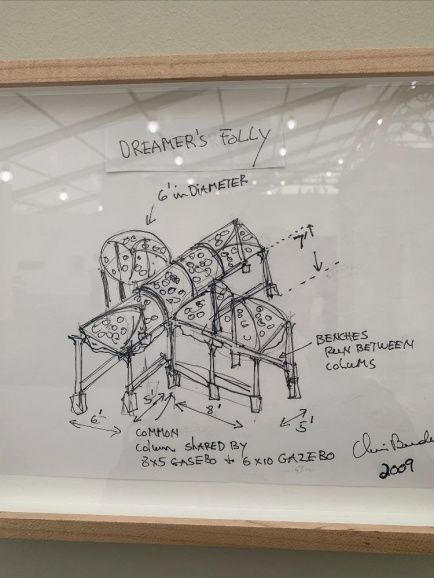 These projects include the merger of New York–based Pace with mid-Wilshire’s Kayne Griffin, creating an international powerhouse with particular strength in the representation of Light and Space movement artists such as James Turrell. Sean Kelly, another New Yorker, will open a new 10,000-square-foot gallery in Hollywood on Highland this spring. The latest big shoe to drop is landing in East Hollywood at the beginning of 2023, when David Zwirner plans to occupy three buildings on North Western near Melrose.

On to the fair! Neo-Pan-Africanism made its presence felt at the Jack Shainman booth. Several artists included at Frieze were in the most recent show at the gallery’s Kinderhook, New York Schoolhouse space, This Tender, Fragile Thing. The raku ceramics of Long Beach and Sacramento-based artist Akinsanya Kambon impressed me the most. These dazzling objects depict the orishas of Yoruba land as filtered through Kambon’s distinctive sensibility. Kambon was born in Sacramento in 1946 as Mark Teemer, and he’s been a Marine, a Black Panther, and a professor of art. Here’s a great video interview made for his show American Expressions/African Roots at the Crocker Art Museum in 2020.

Speaking of shelter from sensory overload and Los Angeles as a center for contemporary art, Gagosian Gallery showed an outstanding work by the late Chris Burden called “Dreamer’s Folly.” This riff on a 19th-century landscape feature known variously as a gazebo or folly stood at a prominent corner of the Frieze L.A. exhibition space. Constructed out of salvaged materials similar to those in Burden’s “Urban Light,” that most Instagrammable outdoor installation at LACMA, “Dreamer’s Folly” offered visitors to Frieze a place to shelter for a moment, or, yes, take a selfie. The Gagosian Gallery has been in Beverly Hills since 1978, and Burden was the first artist that the gallery represented. This month, Gagosian will publish a book titled Poetic Practical: The Unrealized Work of Chris Burden, documenting the many projects that the artist planned but was unable to finish before his death in 2015 at the age of 69. 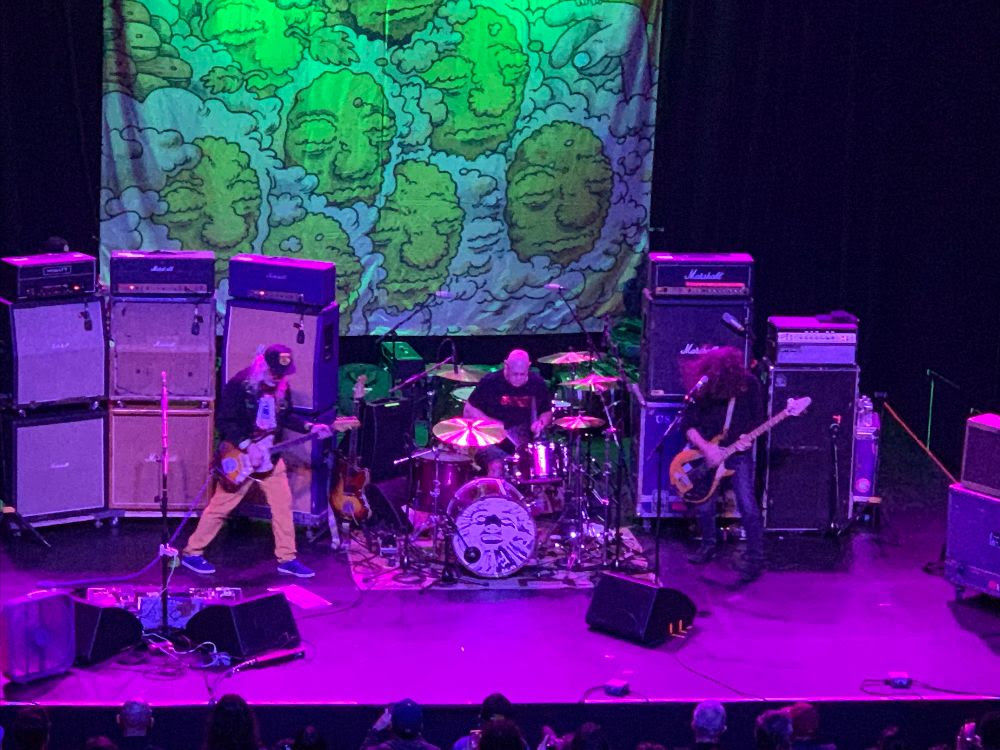 After a suitable psychic reset in the late afternoon, it was time to head to the Fonda Theatre in the heart of Hollywood for an evening of rock. This rock binge came courtesy of Dinosaur Jr. The band was in fine form, with guitarist J Mascis looking like Gandalf and shredding like Hendrix, bassist Lou Barlow appearing unfazed by a recent bout with breakthrough you-know-what, and rock drummer supreme Murph displaying tremendous energy from the kit. If you’ve never seen Dinosaur Jr. live, you have probably nevertheless heard that they are very loud.

While this is true, the mix at the Fonda was just right, and earplugs were, for a change, optional. The highlight of the long and late set was a medley from their most recent release, Sweep It Into Space, which sparked fiery bursts from the ever-combustible Mascis. For those who want to get a secondhand sense of how rad this was, consider listening to Emptiness at the Sinclair, a live recording made last May in Cambridge, Mass. As the title indicates, this livestream concert took place in an empty room, but it gives a good idea of where these guys are today.