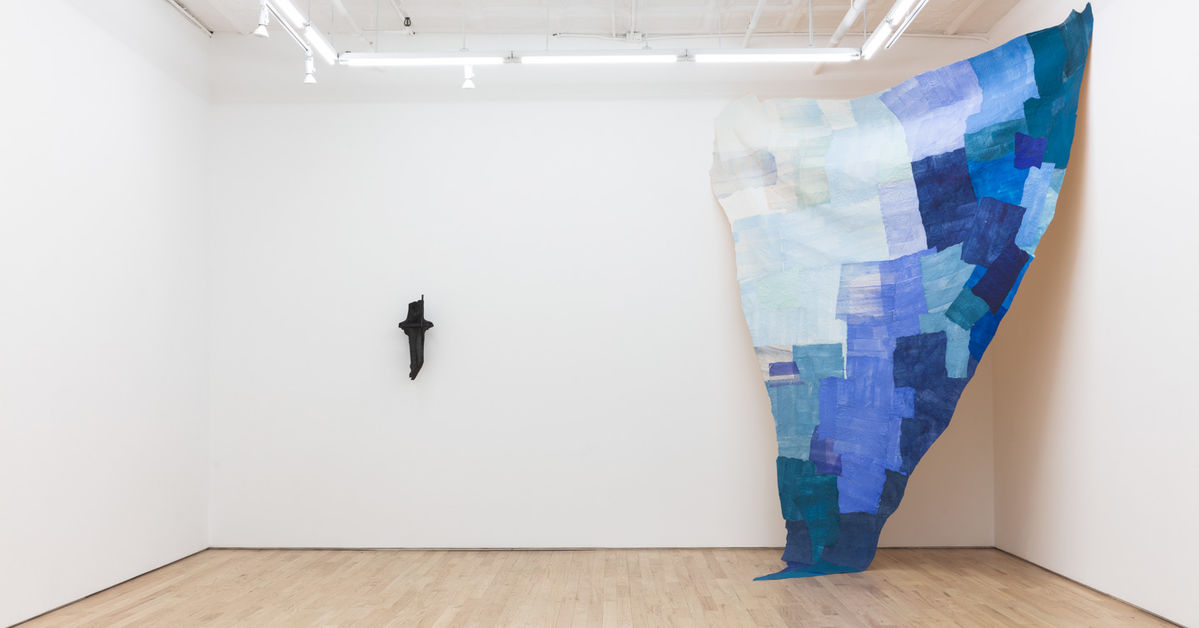 Nicelle Beauchene Gallery presents How to Get Free of the Rectangle, a group exhibition that picks up on an impulse that has trickled throughout contemporary art for the past fifty years: anti form. Assembled here are wall and floor based artworks by Susan Cianciolo, Savannah Knoop, Liz Larner, Eric N. Mack, Harold Mendez, and Rachel Eulena Williams—six artists who, through varying methods, let their chosen materials speak and act for themselves.

In the 1968 essay “Anti Form” for Artforum, artist Robert Morris observed a nascent shift from the rigid materials and industrial processes associated with Minimalism towards artists making work with materials that embodied a greater sense of indeterminacy. In Morris’s own practice and among contemporaries like Claes Oldenburg, Lynda Benglis, Eva Hesse, and Alan Saret, materials themselves often became the art objects rather than tools for the production of cleaner or higher forms. To Morris, chance, imprecision, and gravity were conscious actors in this kind of making, while “random piling, loose stacking, hanging, [gave] passing form to the material.” To make art that could exist in a more organic realm than to be occupied with “enduring forms”—be they geometric, spare, conservative—of the present, was, Morris argued, a positive thing. 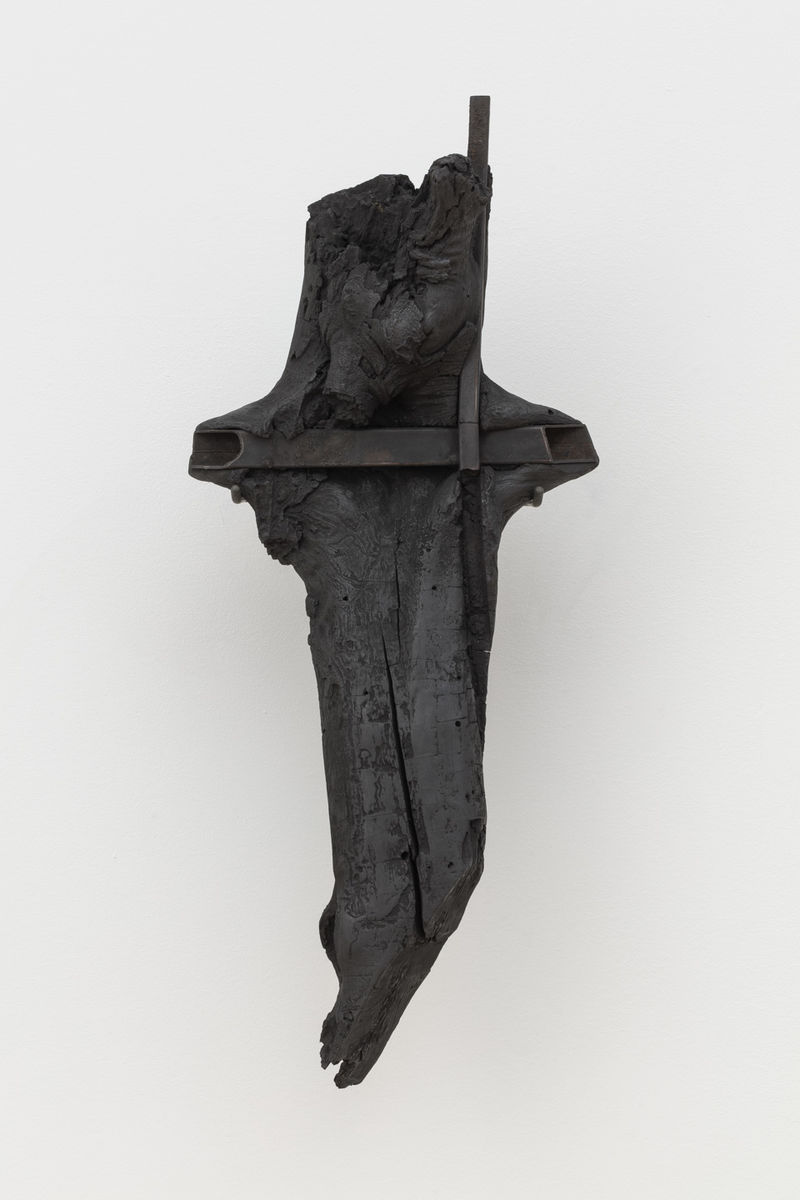 Shortly thereafter, fellow artist Allan Kaprow responded skeptically to Morris’s manifesto in his own essay “The Shape of the Art Environment: How anti form is ‘Anti Form’?” also for Artforum. Kaprow, with a personal aversion to object-based art, didn’t pick up what Morris put down. Perplexed by Morris’s thesis, Kaprow identified two major “formal problems” to the idea of anti form: first, the sheer inconceivability of literal non form, and second, the unavoidable issue of the delimiting structures within which art itself is made; i.e., one’s environment, or as Kaprow quipped, “how to get free of the rectangle.”

Art historian Xin Conan-Wu summarizes this theoretical debate as follows: “In the year 1968, it was clear that both Morris and Kaprow thought that form rather than color had become the issue at stake. However, for both, form would present itself through composition in the artwork—through the material in Morris and through the environment in Kaprow.”

This impulse—be it anti form or relational/situational—serves as a driving force in the practices of the six living artists on view in this exhibition. In one sense, this means a manipulation or inversion of the rigidity associated with grids and geometry; in others, it manifests through the use of found or organic materials that embody a certain agency within the overall artwork.

Liz Larner’s monumental sculpture Blue Corner (2011), constructed out of mulberry tissue and acrylic paint, cascades in the corner of the gallery, its inherent form shaped by the architecture around it. Savannah Knoop’s entangled masses of woven, resin-encased newspaper, like Leap Year (October/November/December 2020/January 2022) (2022), droop off the wall, their final forms often dictated by gravity and how things fell in the studio before drying. Similarly thinking with materials as they fall, Rachel Eulena Williams’s sculptural painting Reflective Blue Petal (2022) uses lengths of rope, thread, and scraps of canvas in an associative process that layers color, shape, and literal negative space.

Arcing through the gallery’s central hallway, a site-responsive work by Eric N. Mack, Bodice (2022), employs swaths of pleated fabric to physically delineate space while forming an imagined architecture within the built environment of the gallery. On the floor nearby, Susan Cianciolo’s Ride the wave of multimentional acceleration (2003-2018) and The game of existence (2021-2022) comprise patchwork assemblages of fabrics and things: artworks that trace the artist’s hand and spirit in a realm of chance. The trace, as a poetic gesture and a material remain, likewise appears in the work of Harold Mendez. In Carrying over (2022), a piece of reclaimed wood grown around a segment of wrought iron is covered in cochineal, indigo, powdered graphite and charcoal. It is both defined and beyond precise definition.

Whatever the extent to which Morris’s and Kaprow’s observations on sculpture of the period can or cannot be literally conceived, the impulse to expand the medium’s material and spatial possibilities continues to resonate.

Header:
Courtesy of the artist and Nicelle Beauchene Gallery