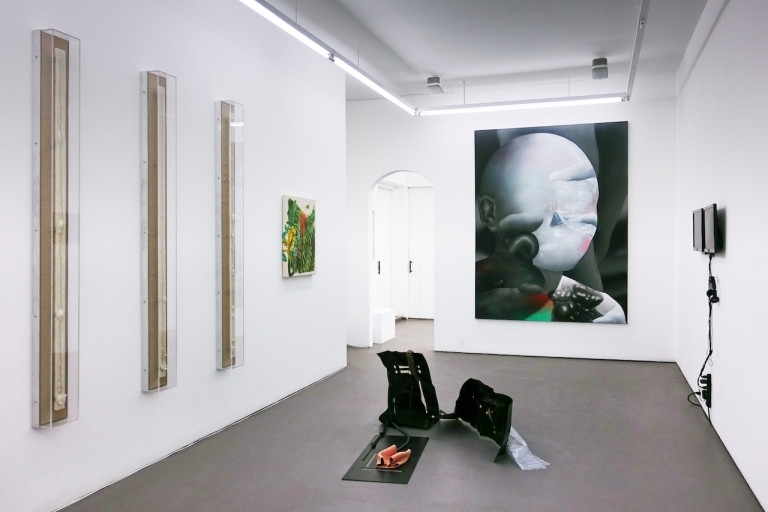 There is no doubt that reality as we perceive it has become a lot more fickle and malleable. Truth has given way to a worrying “truthiness”, subatomic particles float between existing or not with admirable ambivalence, and technology has allowed us, for better or worse, to construct our sense of selves via social platforms.

With all of these modern, overly-wrought convolutions of what “it” can be, it is no small wonder contemporary artists have been questioning and prodding how one’s identity can even be properly crafted with such diverse and complex means at their fingertips.

This brings us to two exhibitions placed across Brooklyn: first, Real Things About Real Things, which just closed at American Medium, and second, A Subject Self-Defined, which conversely opened recently at TRANSFER Gallery and runs until March 12. So how might these two contemporary exhibitions made by a collection of forward-thinking artists reflect such a transient reality? More importantly, though: would we be able to understand any of it?

“I am a character enmeshed within swirling vortices of space-time”

the press release begins—the speaker appearing to be the show, Real Things About Real Things, itself, becoming increasingly defined and constrained by the audience’s recognition of the inter-object relationship. Cozily tucked away in Bed-Stuy, the intimate exhibition had its parts and pieces placed about as it encompassed the entirety of the space, the hum of videos and soundscapes filling the air between objects.

Just as Rachel Rossin’s piece in the show, Cherry Blossom Shadow, seems to seek complete definition of the flowers by describing both its positive and negative space, the show itself seems to seek the complete and utter definition of this one, distinct identity. The fun part of all of it is the Voltron-like method of combining distinct pieces and guessing which one is what limb. 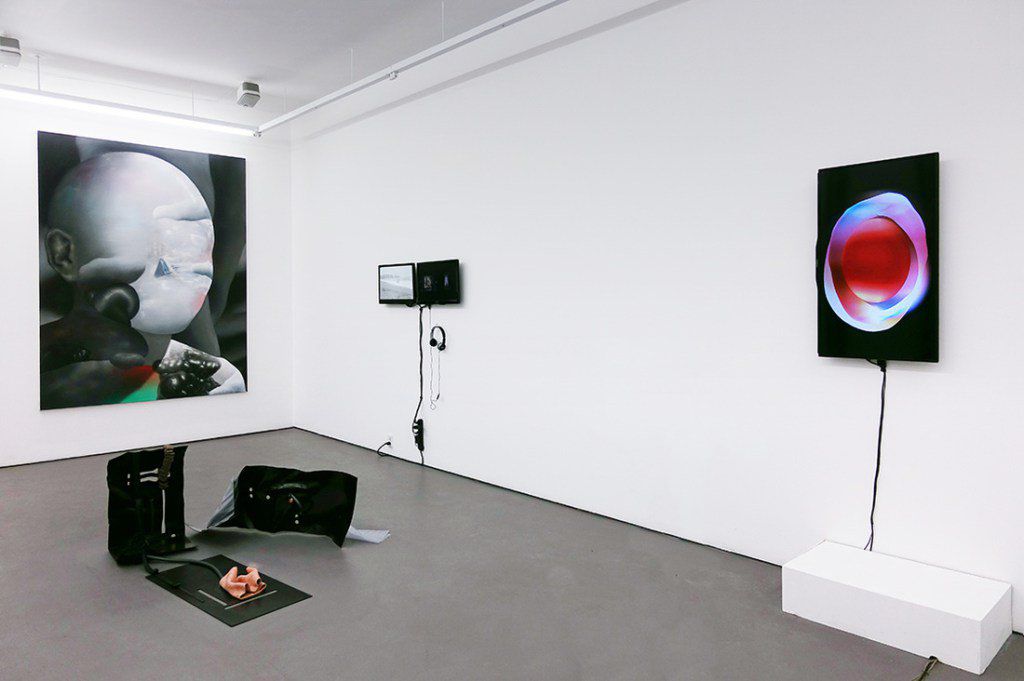 In the moment of arrival, I relied on the standard: study each piece, move along, study, and try not to trip on any of the art. I did, to my relief, find a healthy amount of depth to each piece. In retrospect, however, viewing the whole show as an amalgamated identity proved itself increasingly interesting as each part was enhanced by its role—the simulacra of houseplants; the assemblage of parts that vaguely seem biological; the personality and the empathetic need to leave its mark on the world. (Quite literally for Daniel G. Baird’s pieces of marble dust looking quite like someone playing in the sand.)

These all played into various anthropomorphic notions, and whether or not it was intentional, it certainly made the journey home much more enjoyable as I played with each piece of this newfound puzzle.

On the other end of the identity-building spectrum, Carla Gannis’ A Subject Self-Defined seemed to directly illustrate a larger identity—in this case, a singular form of herself—via a composite of imagery arranged in a manner familiar to both avid internet users and Italian Renaissance junkies (who just so happen to have a thing for deep abstractions of framing techniques).

Whereas the former relied on disparate works by separate creators to network into the final idea of the exhibition as a thing itself, Mrs. Gannis’ exhibition relied on her animated vignettes to illustrate various modes of herself within a mix of contexts.

Weaving in between the boards containing these eclectic, projected animations, the illustrated identity assaults you from all sides in a manner similar to any Instagram account or similar image blog seeking to systematically elucidate itself and its place in the world through the content of its imagery. Thankfully, the depth of each image and that they’re curated collections within each board elevates the show above being a nicely-presented Tumblr. (Albeit how high it’s ultimately elevated depends on how much you get out of technology referencing itself.)

It’s an interesting dichotomy between the two exhibitions—while both are powerfully aware of their context, Real Things seeks manifestation within the audience’s imagination, whereas Self-Defined seeks to, well, define itself, thank you very much, and will gladly pass on your personal definition and preconceptions of her.

While comparing the two, it very much becomes a subjective battle between philosophies of identity construction with no real point of declaring one method better than the other. Admittedly, I rather enjoyed the hyperobject approach of Real Things where the exhibition changes at every angle, but that’s not to say the collection of fantastic and vignettes Mrs. Gannis has collected don’t also allow a deep and interobjective narrative.

That being said, as they both approach explaining what “it” is from multiple angles, it becomes easier to tell what works. I found Real Things to be more successful as it approaches the notion with balanced formality and intellect, allowing enjoyment at multiple levels of understanding, whereas the collection at Self-Defined, however, seemed content with throwing a bunch of “weird” imagery at you all at the same time and calling it deep because of the production values.

But I’m getting ahead of myself—was the show understandable? Even if I didn’t particularly enjoy the iPads coalescing into a face or other overly self-aware imagery, there still was a strong sense of conceptual cohesion. So, the answer is yes, it was understandable. As much or little as I might enjoy the execution, the simultaneous, animated self-portraits certainly do speak to the notion that we are becoming more enthralled by the complexity and undulating perception of reality.

Yes, reality is fairly subjective. Science and social media has shown that perception shifts at every angle like a kaleidoscope, and the formation of perceived identities has been argued about by both professional and armchair philosophers alike. Thankfully, though, these exhibitions are taking that knowledge and doing something with it rather than simply prodding at the edges. The real challenge will be seeing how far they can go, before losing the audience. 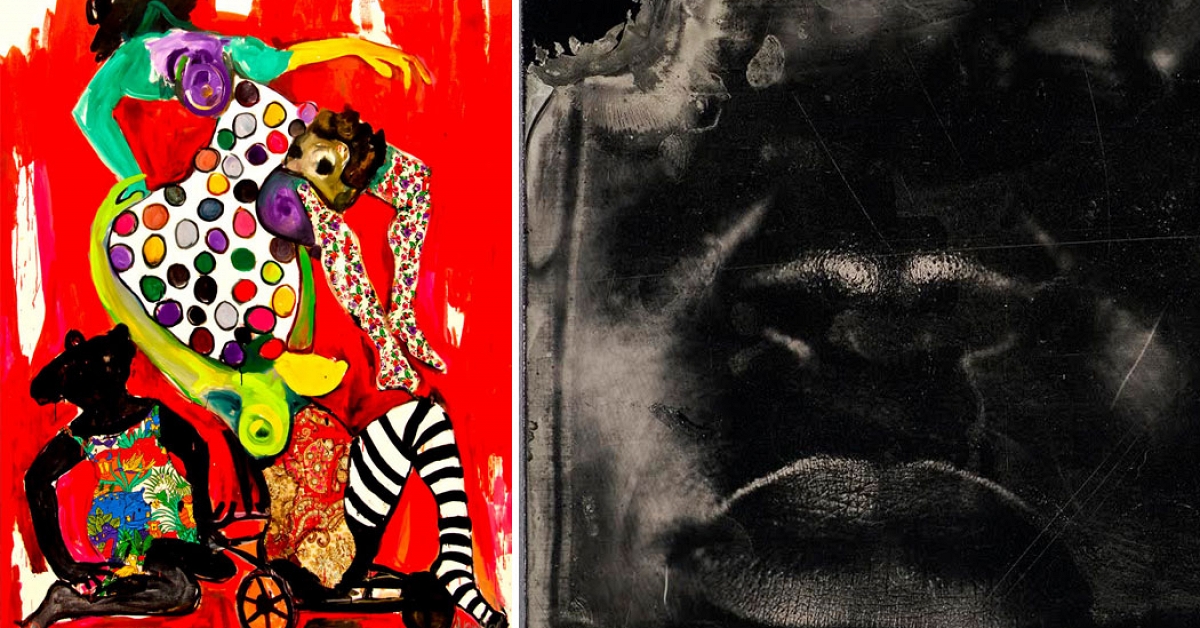 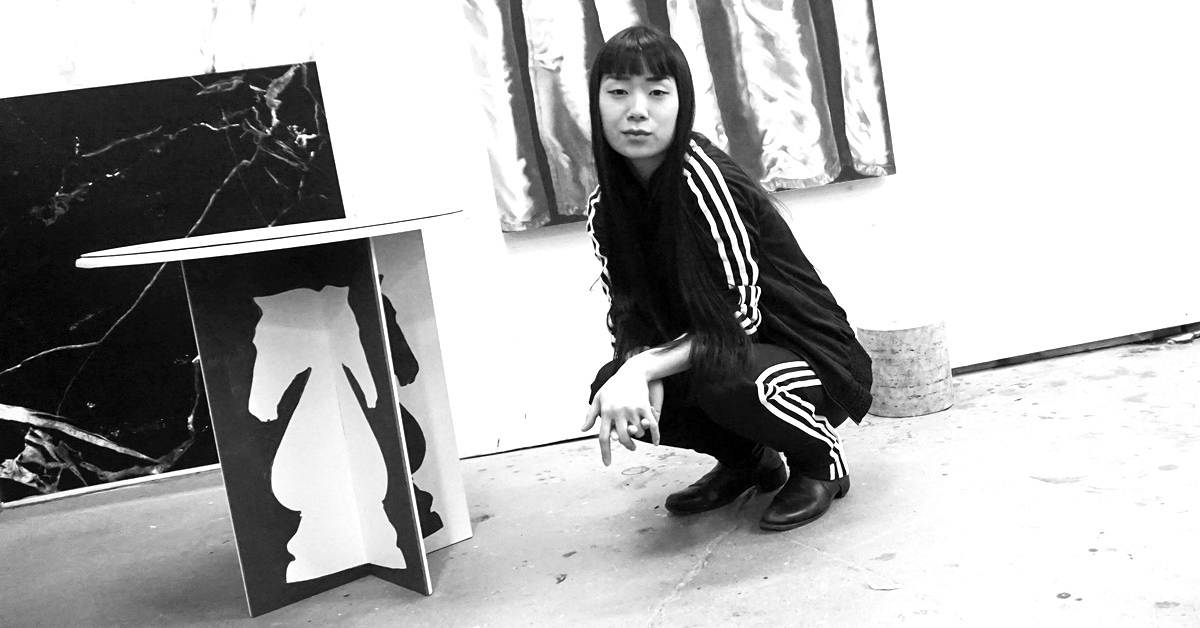 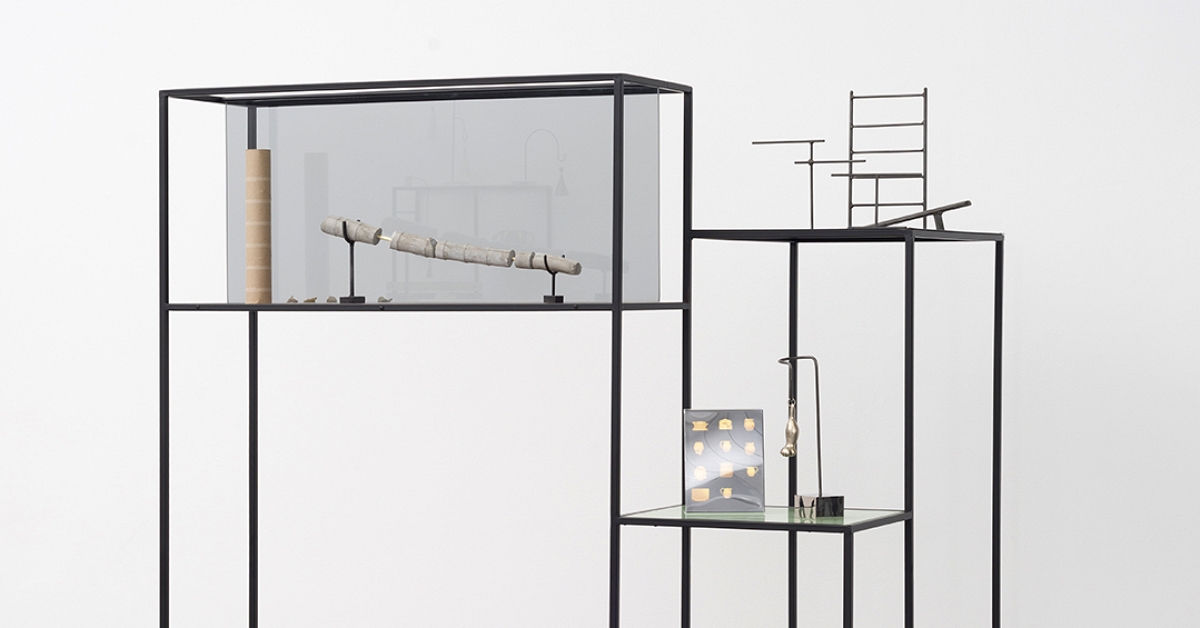