If the times are a’ changing—and they are, to the strains of “The Battle Hymn of the Republic”—one rightly expects art to change with them. But should the same also be true of art fairs?

Last December, the Miami fairs seemed stuck in limbo or, more charitably, confused about how or even whether to respond to news of Donald Trump’s election win. But after a few topsy-turvy months and several dozen Presidential executive orders, not a few art galleries have thrown political caution to the wind. Where the NADA New York art fair is concerned, yesterday’s fence sitters are today’s firebrands.

Change is in the air at the Skylight Clarkson North building on Washington Street, the NADA art fair’s new West Soho home. Also new is the fact that NADA—which has operated a well-known Miami Beach fair since 2002—moved its New York fair from May to March, opposite the Armory and Independent shows and closer to the Whitney Biennial (it opens March 17).

But the biggest change of all may be the fact that the non-profit organization that runs the fair—the New Art Dealers Alliance (NADA)—has fully embraced a platform of embattled liberal causes. When asked to define the overwhelming trend that defines this year’s fairs, NADA spokesperson Adam Abdalla responded succinctly: “Activism.”

Wherever collectors decide to drop their coin this year, NADA has decided it is putting its money where its mouth is. A month ago fair organizers announced that 50 percent of the gate receipts will go to benefit the American Civil Liberties Union (ACLU)—“no organization works harder to protect the rights of all than the ACLU,” NADA Executive Director Heather Hubbs explained in February. The remainder of the proceeds from ticket sales, NADA announced, will be used to support the fair’s International Exhibitor Prize Program, a scheme the organization employs to help first-time exhibitors traveling from outside the U.S. to NADA New York for 2018.

Notably, the fair’s activist theme extends beyond its organizers’ personal ideals to NADA’s programming and also to an important number of the artworks on display. Among the more than 100 galleries and projects representing 37 cities in some 14 countries, nearly a fourth—according to my unscientific reckoning—have chosen to ring in this year’s art fair season with artworks that can be described as activist in spirit. Placed cheek by jowl with other worthy objects that have zero political aspirations, the best of these pieces—done in various styles and in multiple media—make a convincing visual argument for why art fairs should respond to world events. At a morally raw time like this, art is stronger when it can be linked to life.

One of the most openly activist gallery presentations at NADA belongs to Alden Projects, the Lower East Side gallery that followed up last year’s presidential election with a show of veteran Jenny Holzer’s Reagan-era street posters titled “Rejoice! Our Times Are Intolerable.” On view at their booth are a number of Holzer’s Inflammatory Essays—printed on sheets of colored paper, they were once wheat-pasted on hoardings all over New York—hung alongside black and white photographs by both conceptualist Eleanor Antin and Suzanne Lacy, the doyenne of social practice. Taken together, the works of these art “sisters” assumes the cumulative power of resisters.

Two Los Angeles galleries, Commonwealth & Council and Skibum MacArthur, have teamed up to stage a group presentation of four artists—Carmen Winant, Dannielle Dean, David Alekhougie, and Kang Seung Lee—who draw on images in the mainstream media to explore issues of race, gender, and class. Of the four, Seung Lee’s graphite drawings and large-scale photographs are the standouts. Featuring images of the 1992 L.A. Riots (this year marks the event’s 25th anniversary), these works often obliterate the riot’s human figures and leave burning cars and empty shopping carts as eerie evidence of one of America’s worst outbreaks of mass violence.

Nearby, Manhattan’s Fort Gansevoort Gallery features the work of Josh and Benny Safdie, established filmmakers with individual sidelines in the visual arts (their latest movie, Good Time, stars Twilight’s Robert Pattinson). While the former presents an enigmatic photo of the presidential seal on the jet-black door of a limousine (it’s titled, simply, “Presidential”), the latter presents a set of large wall-mounted “cutouts” the artist-filmmaker made of not-so-ambiguous media images: one is a picture of ex-Portland Trail Blazers basketball coach Jack Ramsey being showered in champagne by his black players, the other a hapless portrait of the crack-addled late rapper Ol’ Dirty Bastard.

Additionally, two solo booths provide different versions of what could, under present circumstances, be called “protest art.” The first, Chris Dorland’s presentation at Brussels’s Super Dakota Gallery, is an immersive installation made up of abstracted advertisements printed onto aluminum panels; the artist describes them as a “dystopian vision of our 21st century consumerist society.”

The second, at the stand of Chicago’s Patron Gallery, features the powerful “scrubbed” photo-transfer on metal works of Colombian-Mexican artist Harold Mendez. Mendez’s distressed images of a riot in 1960s Colombia and of a man being punched in the face recall the work of the late Gustav Metzger, and will be featured at the upcoming Whitney Biennial.

Elsewhere, the presentations of art outfits like Klemm’s Berlin, Paris’s Eric Hussenot and Brooklyn’s Signal Gallery remind one that, in our current global context, most symbolic products inadvertently take on unexpected political meanings.

Klemm’s Berlin, for one, features Viktoria Binschtok’s collaged and framed photos of a glass fish and a hieratic view of the Statue of Liberty; Signal displays a lightbox featuring women in headscarves that pips Meriem Bennani’s recent film Your Year (it is currently on view at the Barclay Center’s Oculus Display in Brooklyn); while Eric Hussenot’s booth features L.A. artist Josh Mannis’s painting Going Through the Rough Way. An image of four (rather than three) graces flanked by a window view of the White House and an M-16 rifle, the painting combines both ambiguity and a firm nod to the imponderables of American politics in this bewildering new era. 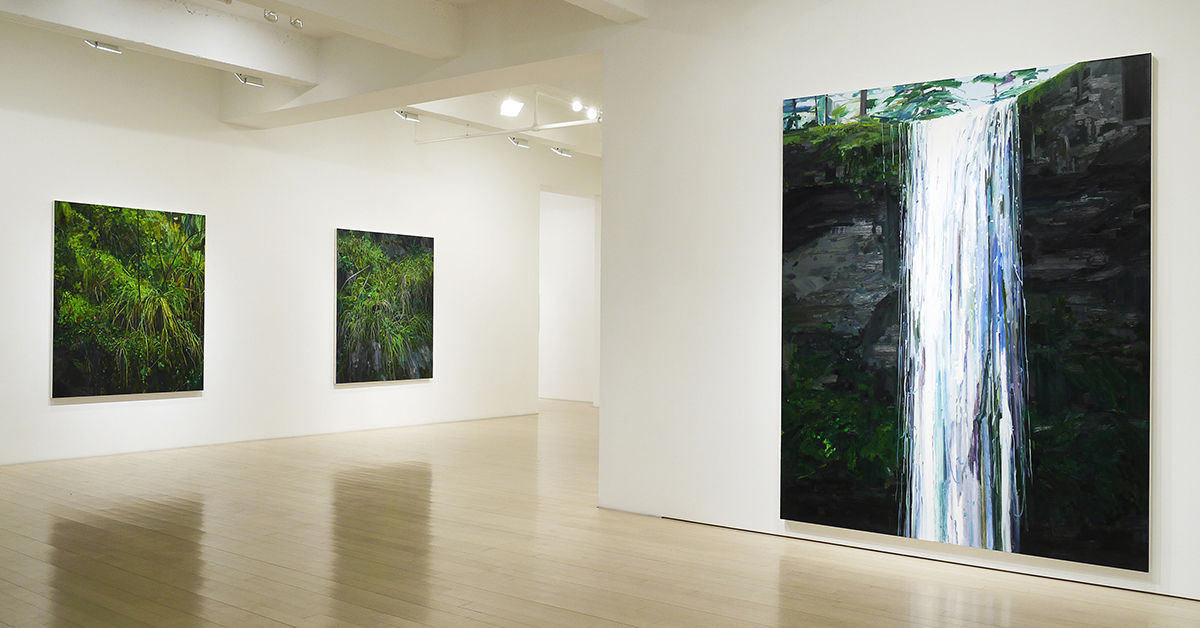 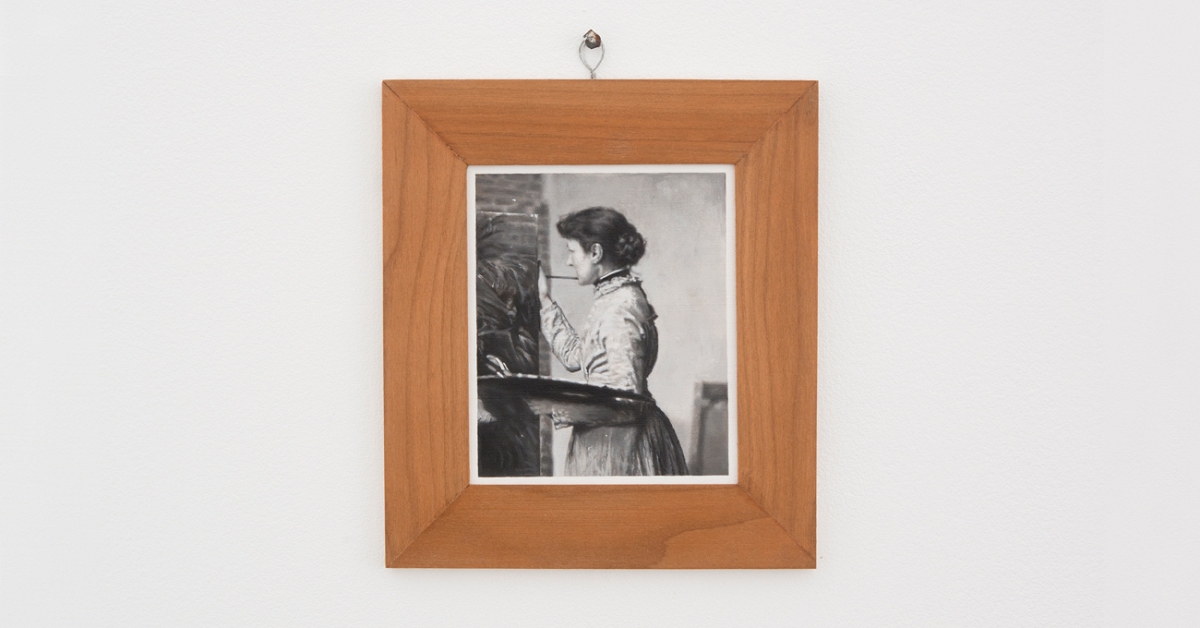 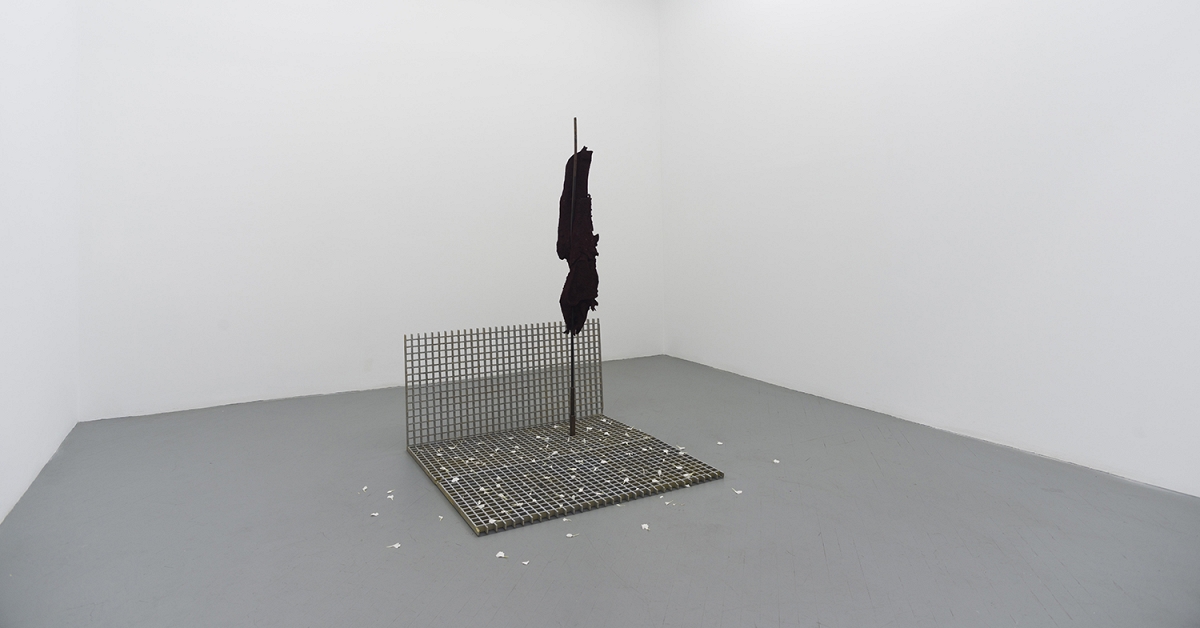