Atlanta-based artists often have struggled to break through to the larger, national art world.

But as of late, Atlanta’s artists — and particularly the city’s black artists — are on a serious roll. Creating some of the most challenging and attention-grabbing contemporary art in the city, a growing number of emerging and established artists are capturing national awards from organizations such as the Joan Mitchell Foundation and Artadia, and attracting the attention of galleries and curators outside Atlanta.

One of the city’s more visible names popping up in solo and group exhibitions is Atlanta artist William Downs. He just wrapped a West Coast stint at E.C. Lina Gallery where his exhibition was praised by the Los Angeles Times critic Leah Ollman, who raved about drawing that “perfectly embodies the improvisatory urgency of life.”

Another prominent Atlanta artist gaining national recognition, Michi Meko, was just featured in his own exhibition at L.A.’s E.C. Lina Gallery in addition to a solo show at Alan Avery Art Company in Atlanta. That show came on the heels of a short documentary on Hulu’s Facebook page featuring the artist talking about his art, his connections to the South and how those worlds often intertwine.

“Perhaps there are more artists of color working in Atlanta today because there is a newfound confidence that the work will not be ignored,” says Sandler Hudson Gallery co-owner Robin Sandler, who features three black Atlanta artists, William Downs, Yanique Norman and Krista Clark, in “Recent Drawings,” a group exhibition opening June 28.

“Artists no longer feel that they have to leave the city to get recognition. Atlanta is finally catching up and doing its part to support these artists making such strong work. And that is the point. Recognition of these artists is not because they are artists of color. It’s because the work is strong and important. It holds up to work being made anywhere,” says Sandler.

“It was and is the work that stood out to me,” says Allison Glenn, associate curator for Crystal Bridges Museum of American Art in Arkanasas, who selected three black artists — Myra Greene, Krista Clark and Cosmo Whyte — as the winners of the 2018/2019 Museum of Contemporary Art of Georgia’s Working Artist Project award. “I thought these three artists were the best suited for the award this year. Their applications were comprehensive, their professional experience stood out, and their studio visits were remarkable.”

As Atlanta becomes increasingly visible as a center of movie-making, a nationally recognized food scene and music industry, it’s only natural that the city’s art scene would profit from that rising tide. Artists like Fahamu Pecou have seen their artwork featured on the TV shows “Black-ish,” and “Empire,” and Corey Barksdale’s paintings and murals have appeared in “Atlanta,” “Superfly” and Steven Spielberg’s TV series reboot of “Amazing Stories,” as well as in publicity artwork for the smash hit film “Get Out.”

“I’ve been more busy the last three years than I was the previous 10 years,” says Barksdale. “It’s been really good for me. The industry has definitely given me a lot of attention.” Barksdale also attributes Instagram, Twitter and Facebook for helping him broaden his reach nationally and internationally. After all, says Barksdale, “Atlanta can only support so many artists.”

Meko agrees that social media has played a large part in Atlanta artists’ growing recognition. “I think it has a lot to do with the way that content can be created and shared.”

Arnika Dawkins, owner of an Atlanta gallery specializing in photography by African-Americans, believes that the greater prominence of black artists in both Atlanta and nationally may be part of a larger reckoning with the unequal opportunities given to certain groups in American society.

“The timing of the Black Lives Matter movement and the #MeToo movement have placed issues that black people face into a broader light,” says Dawkins. “It is more in the consciousness of society.”

What Atlanta’s black artists — from established names such as Radcliffe Bailey and Sheila Pree Bright, as well as newer voices like Jerushia Graham and Cosmo Whyte (currently featured in “Of Origins and Belonging, Drawn From Atlanta” at the High Museum) — also represent is an increasing willingness to make a statement. A desire to engage with topics such as slavery, racial inequities and the uglier byways of American history distinguishes many of these artists as a decidedly socially conscious group.

Yanique Norman has centered recent work on the iconography of white First Ladies and anonymous black women to address racism and social inequality, and Jerushia Graham’s “Undercurrents” series, recently featured in a solo show at the Albany Museum of Art, has put social issues front and center. The work represents “the discontent, unrest and tension felt by many in an increasingly polarized society,” Graham notes in her artist’s statement.

What is also notable in this increased prominence of black artists in the city is how many of them are also women. Work by Atlanta artists Jerushia Graham, Lillian Blades, Tracy Murrell, Ariel Danielle, Tiffany Latrice, Sheila Pree-Bright, Krista Clark, Danielle Deadwyler, Myra Greene and Yanique Norman was showcased in May in an installation from the New Art Dealers Alliance as part of this year’s Frieze New York art fair.

Work to be done

There is, by all accounts, encouraging signs of progress in the representation of black artists in Atlanta.

A study recently published in “Hyperallergic” found that just 1.2 percent of artwork in American museum collections was produced by African-American artists, but blacks represent 10.6 percent of work in the High Museum of Art’s collection.

Nevertheless, most artists say we have a way to go before black and female artists get the recognition they deserve.

“The fact is that most of these talents have found legitimacy elsewhere and everyone now is put to shame and is playing catch up,” says Yanique Norman of local curators and gallerists who have often overlooked the talent in their own midst. “Because it wasn’t as if the work of these artists were not exemplary and rigorous before, but what this outside attention shows is to not sleep on anything too long,” says Norman.

Even artists like Michi Meko, who has experienced much success, expresses frustration with Atlanta’s arts scene.

“I have always wondered why in a city full of creative, artsy black people the numbers in the gallery or museum systems never reflected the demographic,” he says.

But by the same token, “I’ve built everything in Atlanta,” admits Meko, “so I am thankful for the space to work without the pressure. The lack of pressure has prepared me for the ease of greater success elsewhere. If one can make it here in Atlanta, the globe becomes easy.” 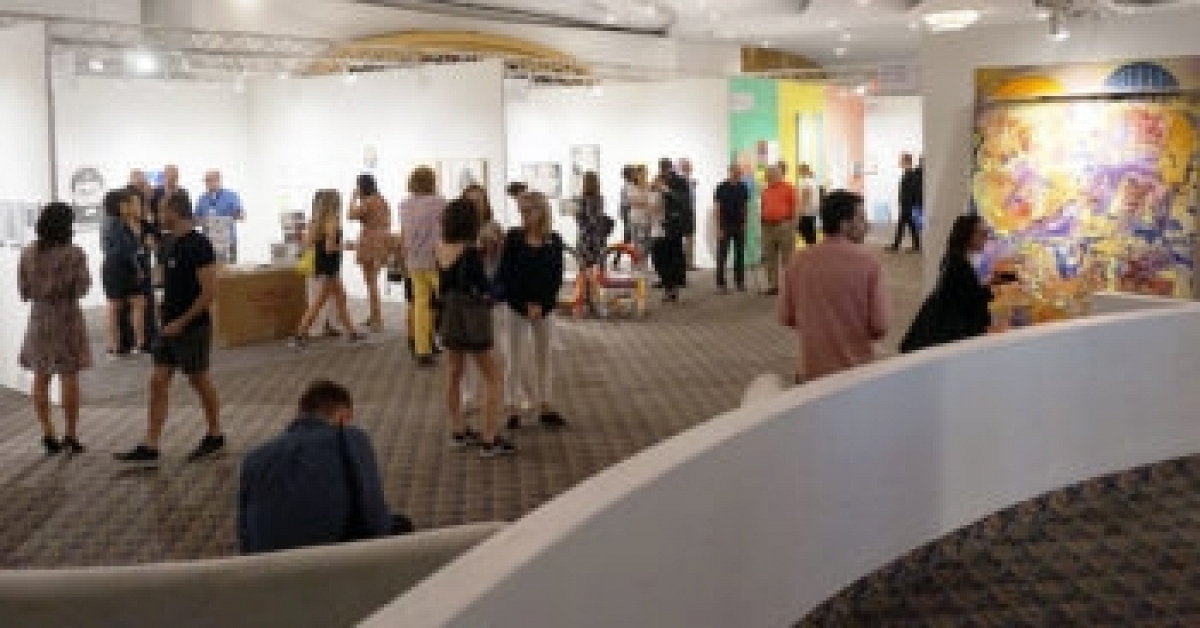 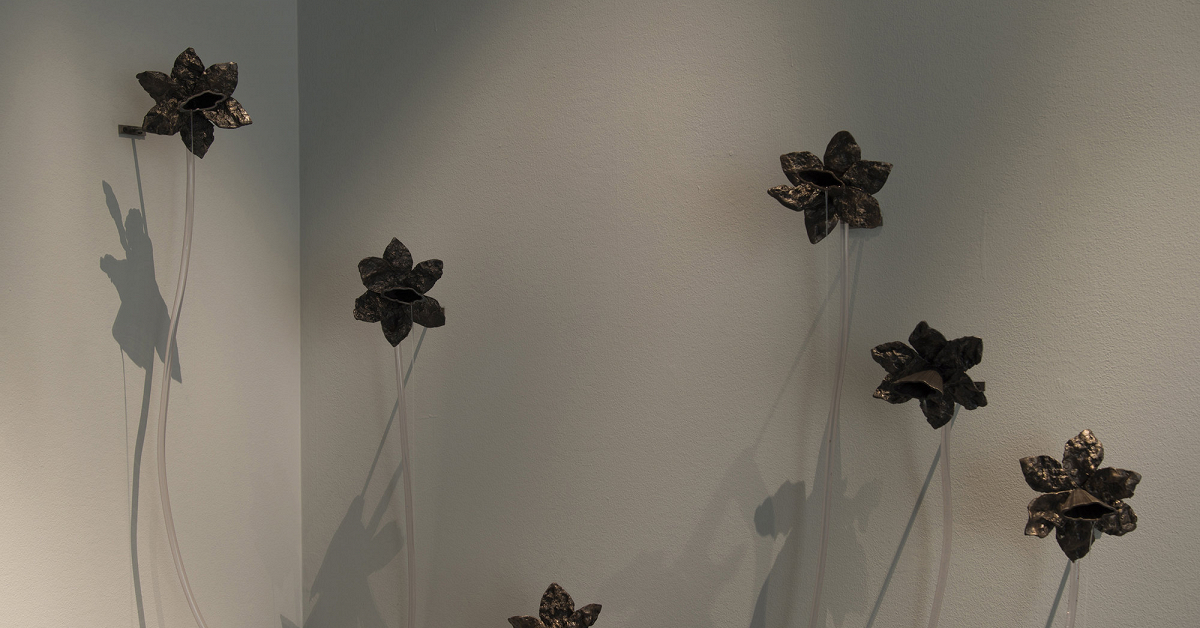