Soo builds sculptures from found pieces of wood and metal, the natural wear of the discarded objects creating an approachability for the viewer. Pointing towards the inseparable nature of struggle and faith, Soo’s pieces often have a slight reflective quality, allowing one’s body to complete the sculpture as they stare at themselves through the dark, resin-coated abyss.

How do you source the found pieces of wood and metal you incorporate into your sculptures?

SS: When I was in grad school at SAIC for fiber and material studies, I had this idea about using discarded objects in my work. After beginning in that direction it became my habit, and now whenever I am walking to my studio I will walk through alleys to find these objects. I am drawn to the ambiguous states of their discontinued function. Most found materials used in my work are building materials and parts from furniture. I think the worn-out quality created by the interaction with people and time resembles humans in a way. For me, I am giving the discarded material a new life. Also, that quality about it being used is more inviting to an audience. Whenever I see something pristine and perfect I feel like I can’t get close to it. I think the worn-out quality invites the audience more. However, not everything I use is found. Previously in my practice I mostly used these found objects, but I felt that began to limit the form. Currently I mix old and new materials together. 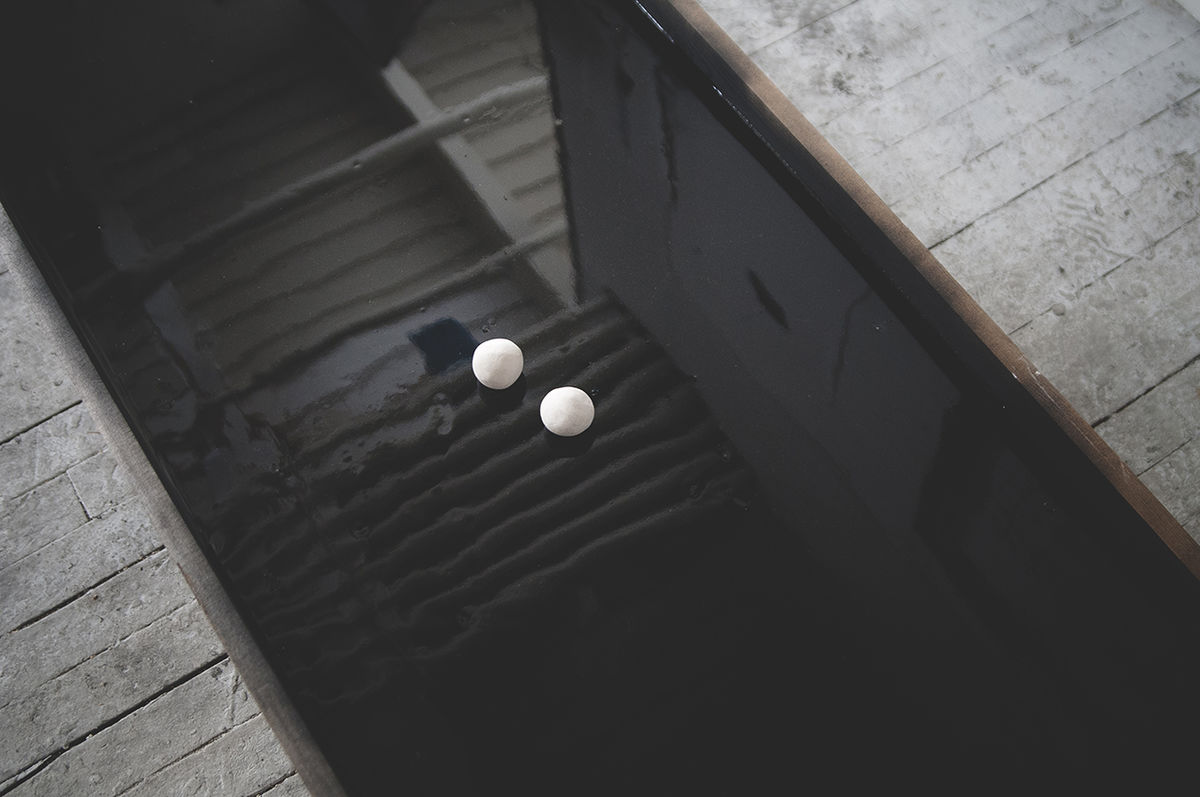 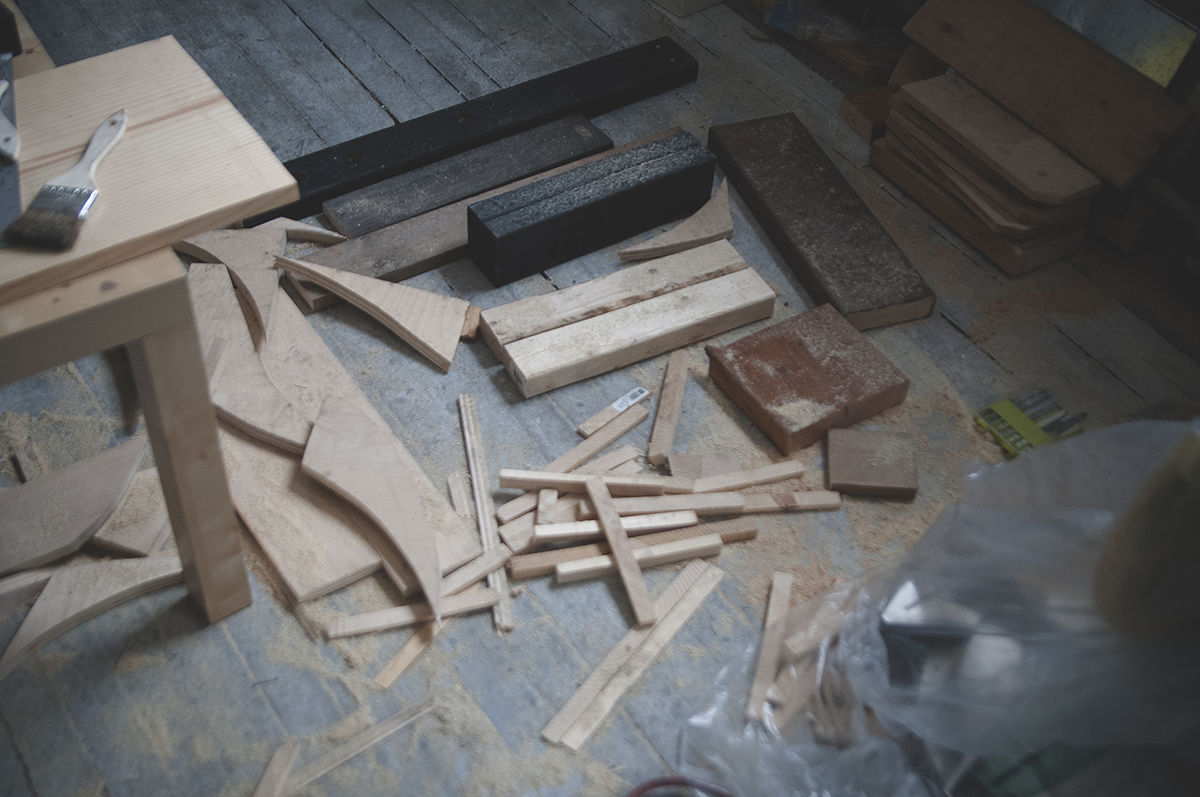 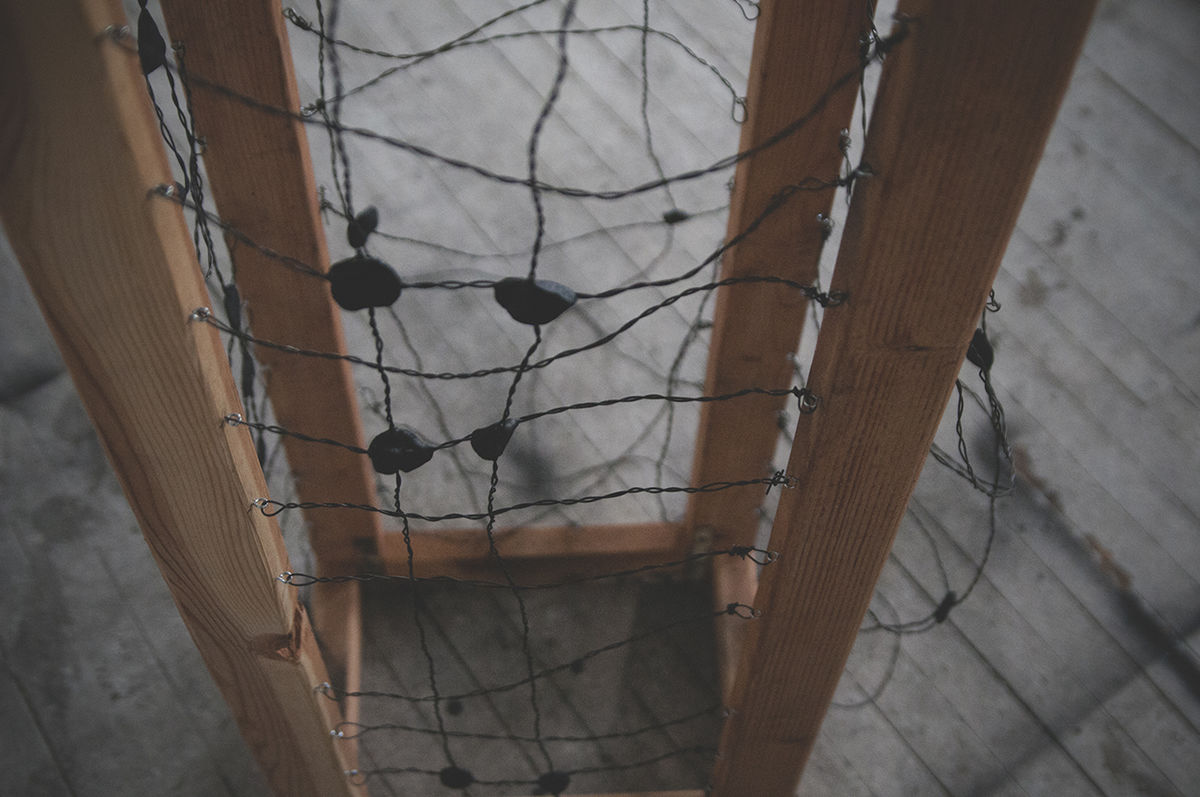 What is the reasoning behind using such a limited and natural color palette?

I use the inherent properties of a material as my visual vocabulary. Painting the materials doesn’t really make sense because it would disguise their materiality. I use the color black because it alludes to the nature of the unknown and the blindness within the mechanisms of faith. I tried to figure out how to convert these into something that I can sense with my body, and I came up with the gesture of seeing with my eyes closed, or the sense of not being able to see. This is how the darkness or black has become a part of my work. It might be a simple reason, but it totally makes sense to me. I think that there is always this directness in my work. The psychological matter is translated into physicality in a very literal way.

Can you talk about your interest in water and your desire to have that appearance in your sculptures?

Spiritual seeking is often described as thirst. To me, searching for the answer or seeking the unknown is often experienced as void. I am trying to impose certain characteristics of the void, and water became one of them. I don’t use actual water, but I try to convey the nature of water—which doesn’t contain a shape and can fill any space it is placed in.

How does your work attempt to mimic a bodily moment or movement in association with blind faith?

Most of my work deals with the inseparable nature between struggle and faith, the uncertainty in seeking something unknown, and the vulnerability in these actions. I see the body as the site where the dynamic between these psychological adversities and faith exist. The body is rarely suggested directly in my work, but usually though a structure that provides a space for a body or a structure that allows for a specific bodily movement. This alluded bodily attempt delineates the faith. 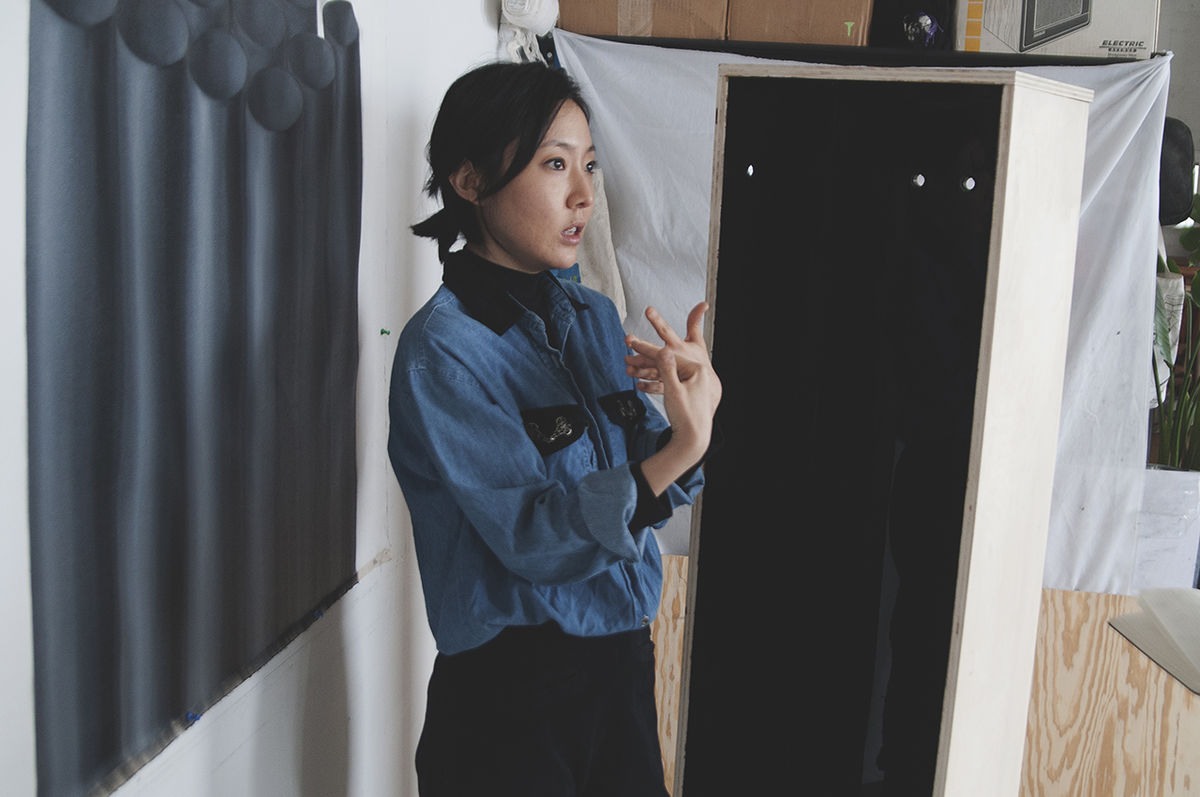 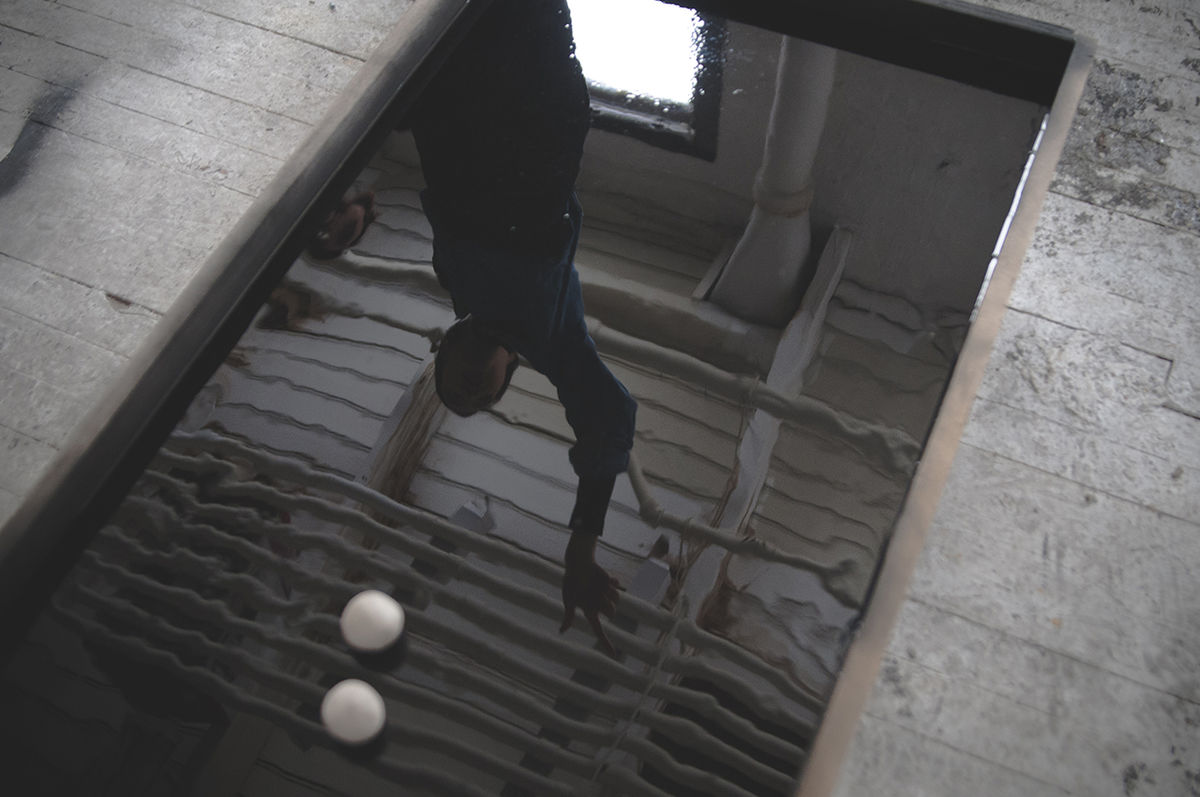 What is your intention behind having so many resin-coated surfaces in your work?

I make surfaces that are very smooth and slick so that you can see your reflection in them. These reflective surfaces are mostly black. I use this not only to depict the moment of looking into the darkness, but also of being seen by the darkness at the same time. Through this middle zone of seeing and being seen, I am trying to refer to the internalized darkness. Also, having the actual body reflected in the work completes my sculpture as it provides space for the body.

Has your work’s content always addressed this blind faith?

Since I moved to Chicago in 2008 I have been working on the same subject, but focusing on different aspects of having faith. When I was in school my sculptures were very chaotic, but after graduating I wanted to change the tone. It is like changing the tone of your voice, but still talking about the same thing. Before, I felt like the structures that I built were maybe too emotional. Not that being emotional is bad, but people seemed to respond more to this chaotic form. For example, when you have a conversation with someone and you show all of your emotion by raising your voice or bawling your eyes out, all of the sudden the fact that you raised your voice becomes the main subject, not the content of what you were talking about. I wanted to tone down the work so the audience focused more on the content, and my work has gradually changed since then.

Can you explain the vertical nature of most of your pieces?

I always try to have some sort of vertical relation in the work because for me when you think about faith or the unknown being, they are always described as a higher being. Again, I am using this idea very literally, creating a physical verticality to the work. In my practice this usually appears as bodily attempts of trying to go higher up. However, when I am talking about faith I am not just talking about religious faith. I think there is always this uncertain aspect of faith everywhere. We don’t know anything about the future, and a lot of things that we believe in are uncertain. I don’t have any visual reference that refers to religion, I try to make my pieces abstract. 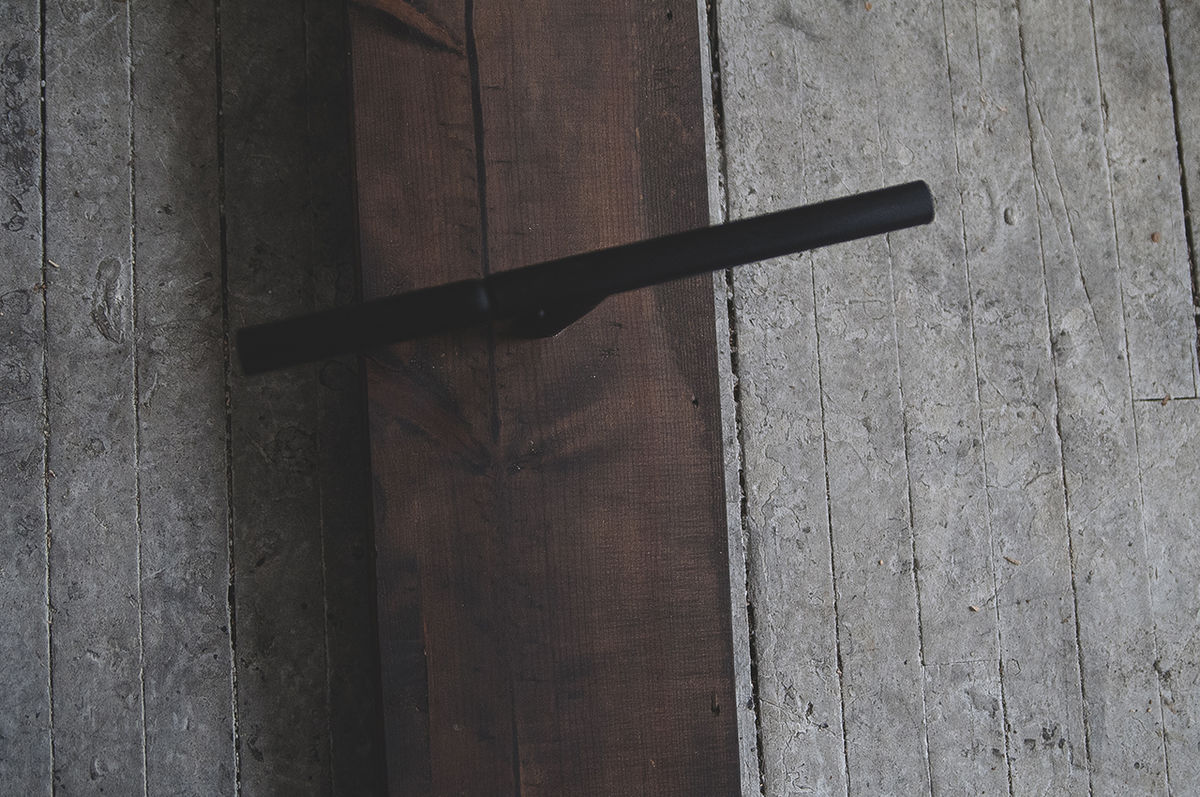 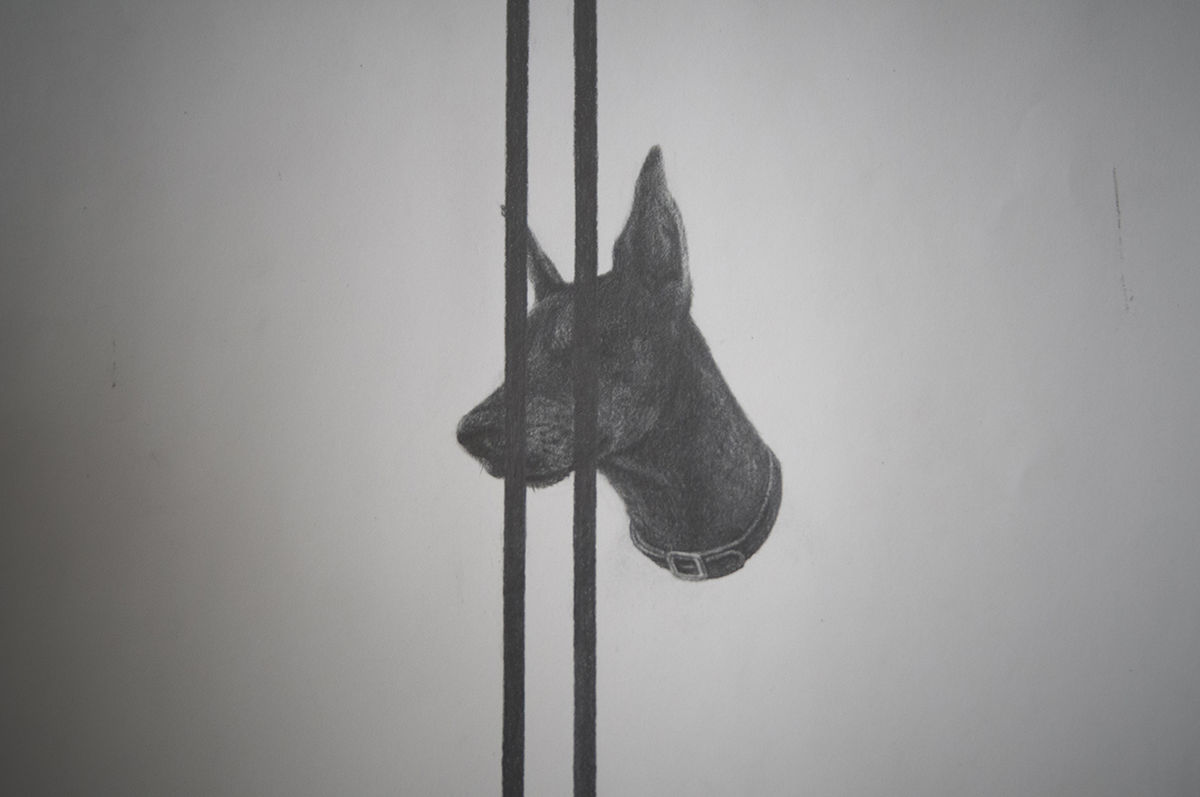 What does your use of dog imagery point to?

I use it as a metaphor of blindness in the system of belief. In the relationship between dog and human, the dog gives the master unconditional trust and faith, but to the master it doesn’t always work the same. There is this huge margin between them, and it is totally unbalanced. I apply the nature of this relationship to having faith. I think that even in the human faith there is that same quality of blindness and obedience. To believe in something you have to put 100% of your faith in it, but a lot of times it doesn’t return the same. In the dog images I cover their eyes and put certain references to indicate a domesticated dog to stress its obedience and tameness to what it believes. 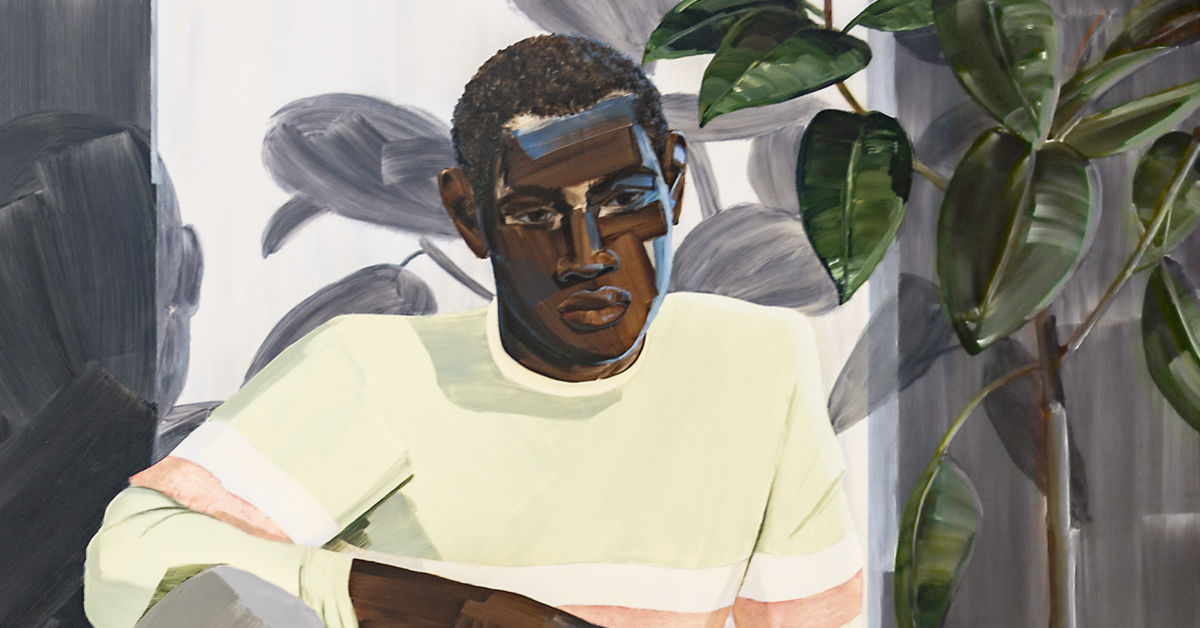 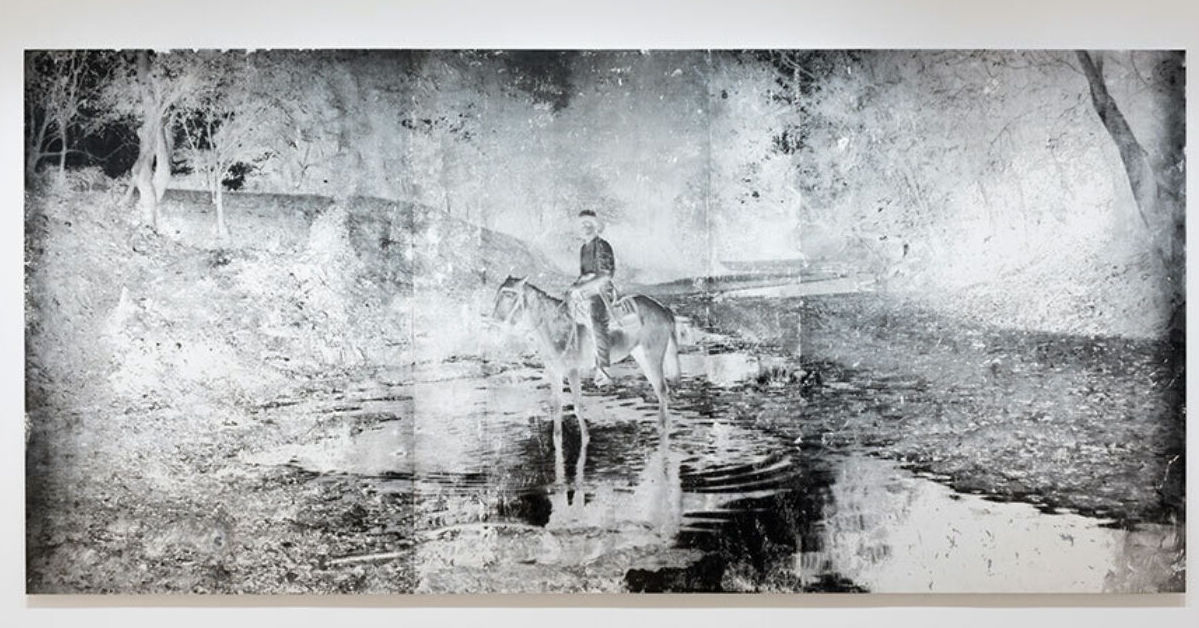 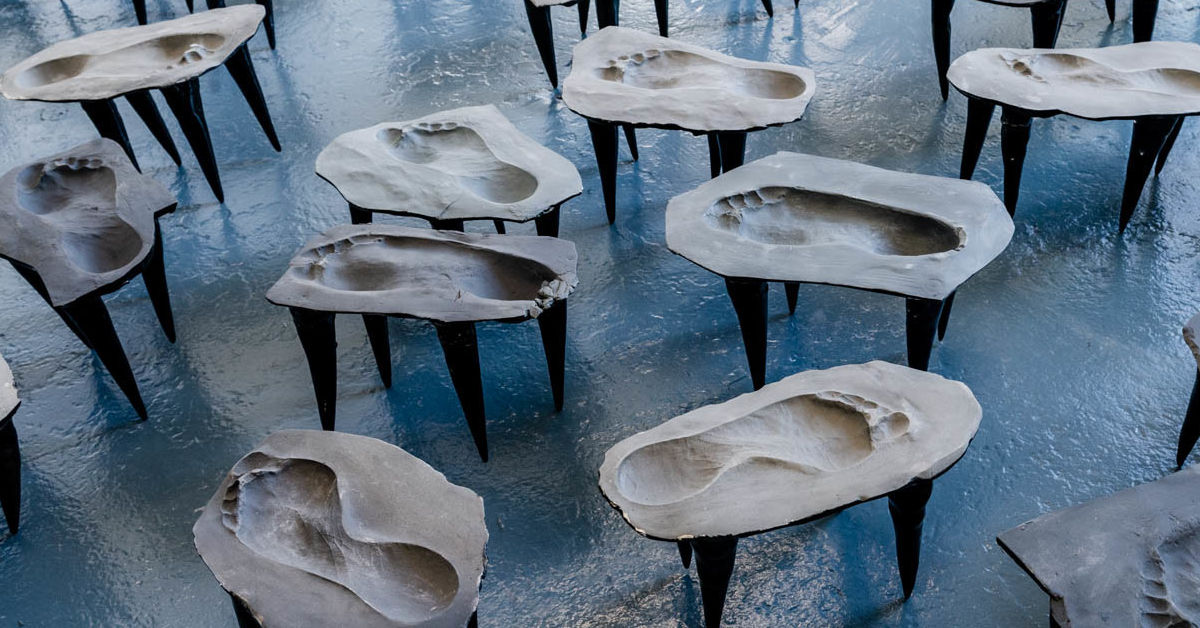