Harold Mendez : And, perhaps, here, between

ICA Miami is proud to present “And, perhaps, here, between” by artist and sculptor Harold Mendez. A first-generation American of Colombian and Mexican descent, Mendez’s work engages the long arc of hemispheric history, from ancestral cosmologies to the diasporic knowledges that form such an important part of New World cultures. Working in photography, sculpture, and installation, Mendez’s objects explore cultural memory, ritual, and transnational experiences. The porous borders between fiction and truth, visibility and absence, material bluntness, and poetic moods run through his work, making a case for the articulation of complex narratives as the necessary outcome of the culturally rich and deeply stratified spaces of the Americas.

“And, perhaps, here, between” finds its genesis in a MacArthur Foundation-sponsored cultural exchange trip to Cuba in which Mendez participated in 2017. Once on the island, he went looking for the gravesite of the Cuban artist Belkis Ayón, a formative influence in Mendez’s practice and an artist with whom he has maintained a running dialogue through his work in different ways. In his search for the gravesite, Mendez serendipitously ran into a series of ritual objects and sites of ceremony, which he documented. Back in his studio in Los Angeles, Mendez printed the images and began to overlay them with diaphanous veils of graphite and charcoal and fiberglass meshes, coalescing them into a body of interrelated works. These works, in turn, led to the production of further sculptural and photographic works that sought to dialogue with the memory of Ayón and the images produced in Cuba. 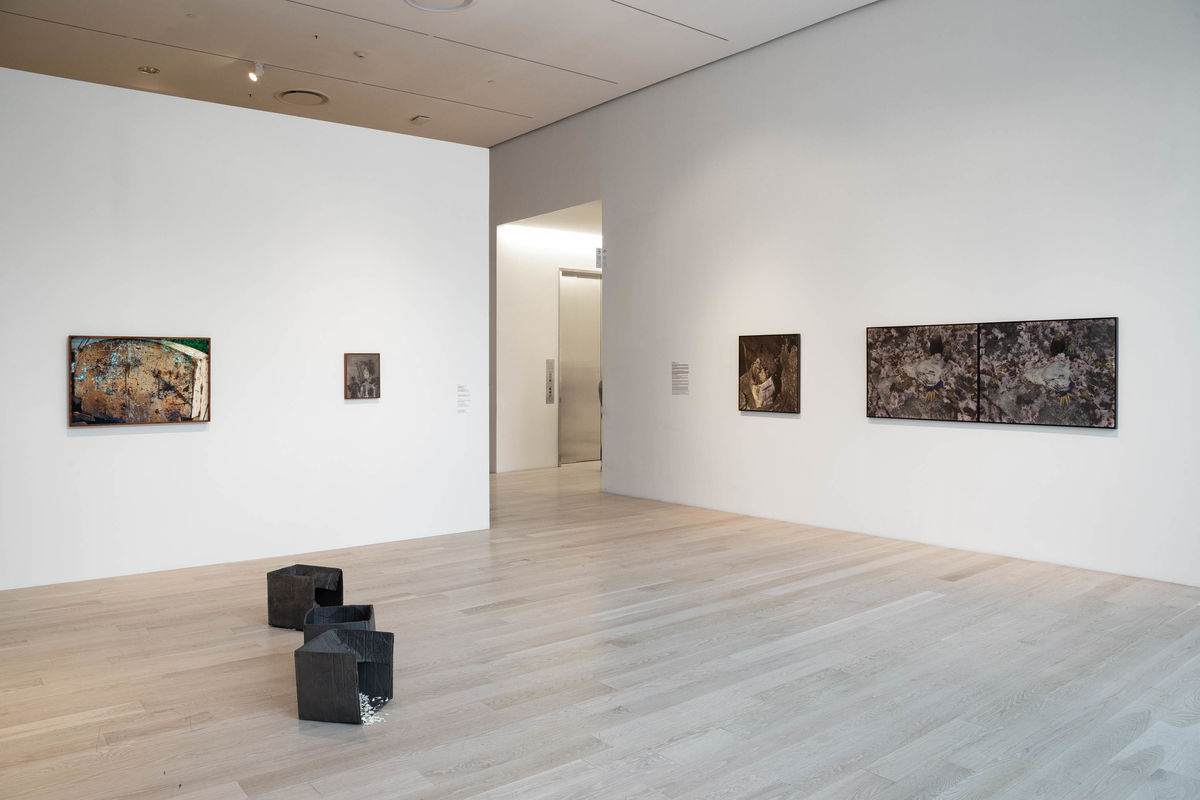 Installation view And, perhaps, here, between. Courtesy of the artist and Institute of Contemporary Art Miami; Photo: Timothy Johnson

Alongside the photographs and objects that stem from the initial research, “And, perhaps, here, between” includes a series of related new works that employ both evocative found objects and cast sculptures. The exhibition includes a nearly one-ton counterweight sourced from a scrapyard in Captiva, Florida—a place Mendez explored during his residency at the Robert Rauschenberg Foundation in 2016. Quietly alluding to the headstone, the object both returns us to the initial quest for Ayón’s gravesite while also being a quite evocative object in its own right. Its heft alone lends it a significant presence, but the markings of its surfaces from decades of usage point to the complex range of ways that bodies have been employed in the Americas—bodies, often forcedly brought over, that have been driven to the deepest pits of injustice and that have, despite all that conspired against them, soared to unexpected dimensions of joy. What of what comes after (2021) is a cast-iron replica of a trio of discarded cardboard boxes. Meticulously produced so as to capture all the creases and markings of disintegrating utilitarian objects, the objects are to be covered with fresh flower petals every few days. Permanence and transience, durability and fragility, value and waste, life and inanimateness—all are held in difficult tension in the work, endowing the object with an unexpectedly potent poetic dimension.

Mendez’s ten-year career survey “Let us gather in a flourishing way” premiered at the Institute of Contemporary Art, Los Angeles, in 2020 and is touring museums in 2021, including the Institute for Contemporary Art, Virginia Commonwealth University, Richmond. He has participated in significant exhibitions, including “Being: New Photography 2018” at the Museum of Modern Art, New York, and the 2017 Whitney Biennial, New York. Mendez’s work has also been included in exhibitions at the Studio Museum in Harlem, New York; LAXART, Los Angeles; MoMA PS1, Long Island City, Queens; the Renaissance Society, Chicago; Project Row Houses, Houston; and the Museum of Contemporary Art, Chicago, among other venues. He has been an artist-in-residence at the Robert Rauschenberg Foundation; Core Program, Museum of Fine Arts, Houston; Skowhegan School of Painting and Sculpture, Madison, Maine; Headlands Center for the Arts, Marin County, California; Light Work, Syracuse, New York; and the Kohler Arts/Industry Residency, Sheboygan, Wisconsin. His works are included in the permanent collections of the Whitney Museum of American Art; Studio Museum in Harlem; and the Museum of Fine Arts, Houston. 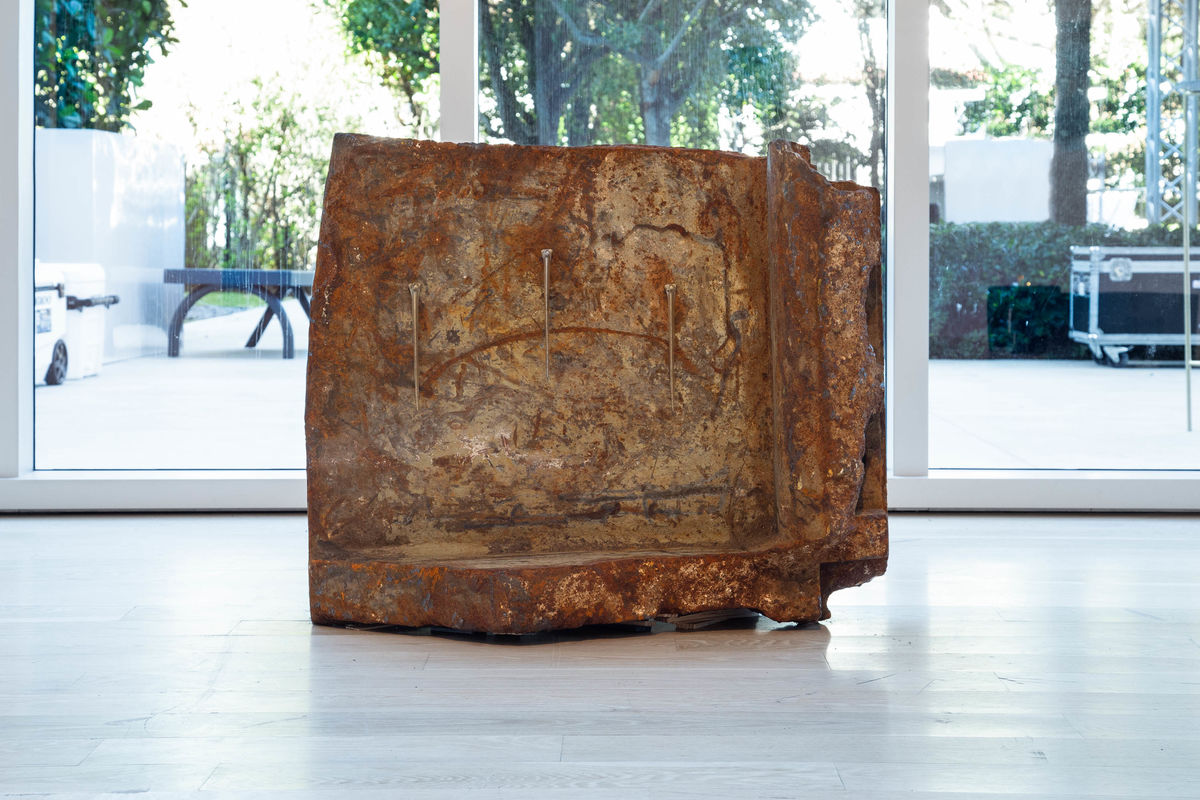 Installation view And, perhaps, here, between. Courtesy of the artist and Institute of Contemporary Art Miami; Photo: Timothy Johnson