PATRON is proud to present our third solo exhibition with artist Bethany Collins. The exhibition titled, Cadence, opens to the public Saturday, March 5, and continues through April 21, 2022.

Cadence reveals the complicated histories embedded in the songs and narratives that echo from our collective past into the present. Collins’ language-driven, often multipanel works unveil the many translations, adaptations, and erasures present in the texts that shape our national identity. The exhibition’s title refers to the combination of chords that bring a section, movement, or entire piece of music to a close. Cadence focuses on three American songs: The Star-Spangled Banner, Dixie, and Auld Lang Syne. Each of these songs are contrafactum, a musical term referring to a song in which the melody is similar to another, but the lyrics have changed. This tactic of altering the lyrics of important songs has been historically used to serve different political agendas.”¨”¨ 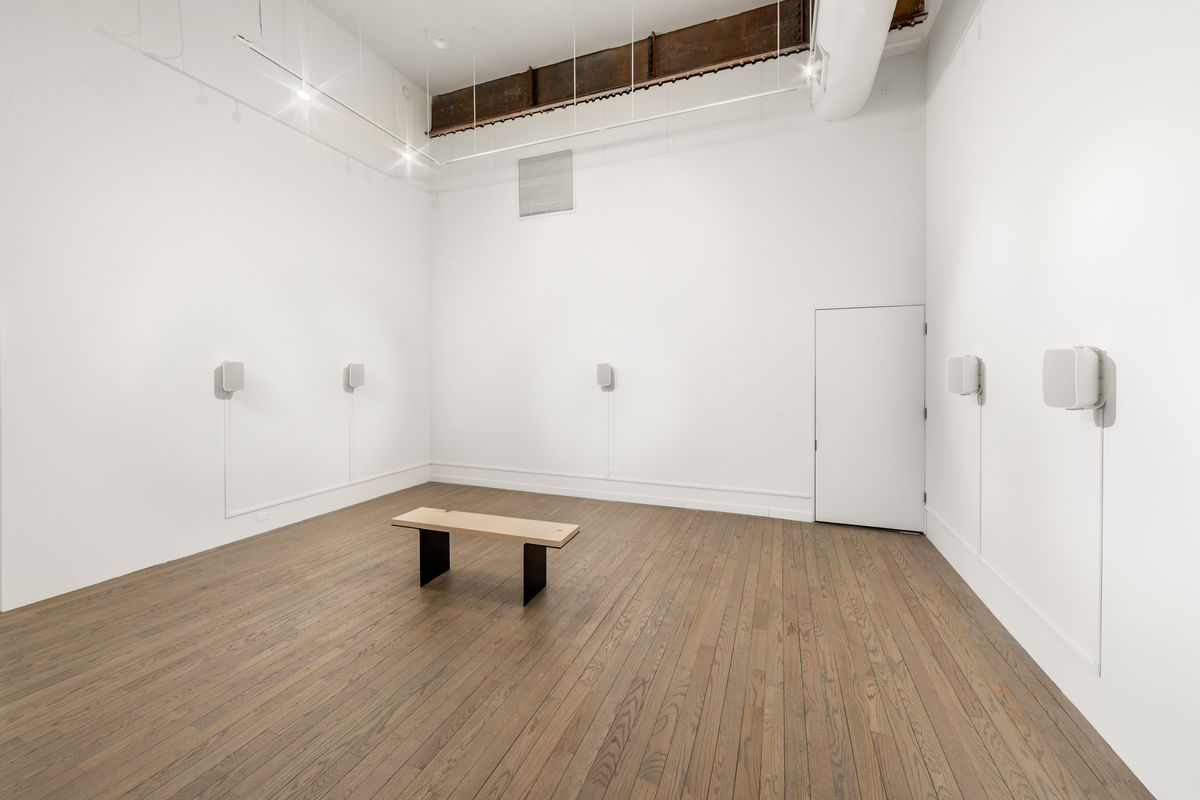 Amongst several new bodies of works, Collins presents an immersive sound installation inspired by polyphonic singing and Auld Lang Syne, a folk song traditionally sung at the stroke of midnight on New Year’s Eve. The audio piece consists of fifty-one versions of Auld Lang Syne sung simultaneously by five singers. It focuses on the version historically sung by British soldiers in the trenches during WWI. One can hear, “We’re here because we’re here…” functioning like a chorus, constantly, as the performer shifts. Even as the lyrics change, the melody remains constant, resulting in what the artist describes as a familiar chaos. Despite moments of rupture, there are a few moments of synchronicity in the piece, where only two voices sing, “We’re here, because we’re here, because we’re here…” Eventually their voices struggle against one another and the same lyric sounds as futile as it does hopeful.

Also presented are large-scale charcoal, acrylic on panel paintings from Collins’ The Star-Spangled Banner series that incorporate excerpts from versions of our national anthem. Chalky white letters emerge from shadowy dark blue surfaces, highlighting lyrics like, “land of the brave,” “land of the free,” “land of the freed,” “land of the tyrant,” “land of the thief,” “land of the south,” and “land of the slave.” Many of the racially charged lyrics written in the original 1814 rendition of the song were intended to instill fear in enslaved African Americans, as to not be lured by the British offer of freedom for the War of 1812. Collins includes later rewrites from the Confederate and abolitionist parties, and intentionally focuses on versions of the anthem that describe the land itself. Collins re-presents the language of violence, reworking it into a constellation of concrete poetry against dark blue fields of color. 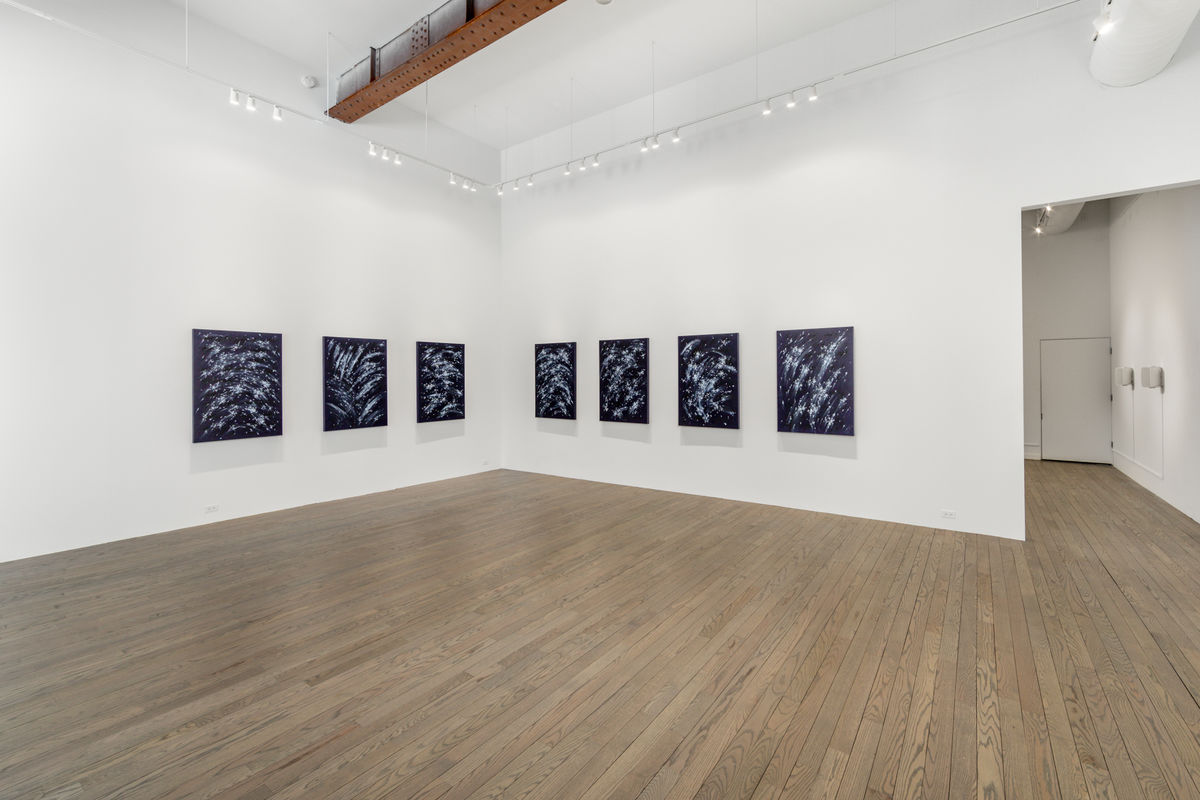 The Aeneid: 2017 / 2020 (2022) is a unique screenprint on deep blue handmade paper in the vein of the artist’s on-going Odyssey series. In this series, she enlarges pages of the same passage in The Odyssey across different translations. She uses her own saliva and hand to erase all text except for a selected line, often pointing to a type of nationhood or homeland. Whereas The Odyssey series narrows in on the moment Odysseus returns home to discover it is an unfamiliar place, the Aeneid works compare translations of Aeneas lost at sea. Here, she highlights two translations of the same passage—one from 2017, “Violently we’re blown off course and wander blindly through boiling waves,” and the other from 2020, “Off course, we flail, with nothing left to reckon by.” This work can be interpreted as a speculative narrative arc analogous to our national political climate, one that denotes a people lost at sea. 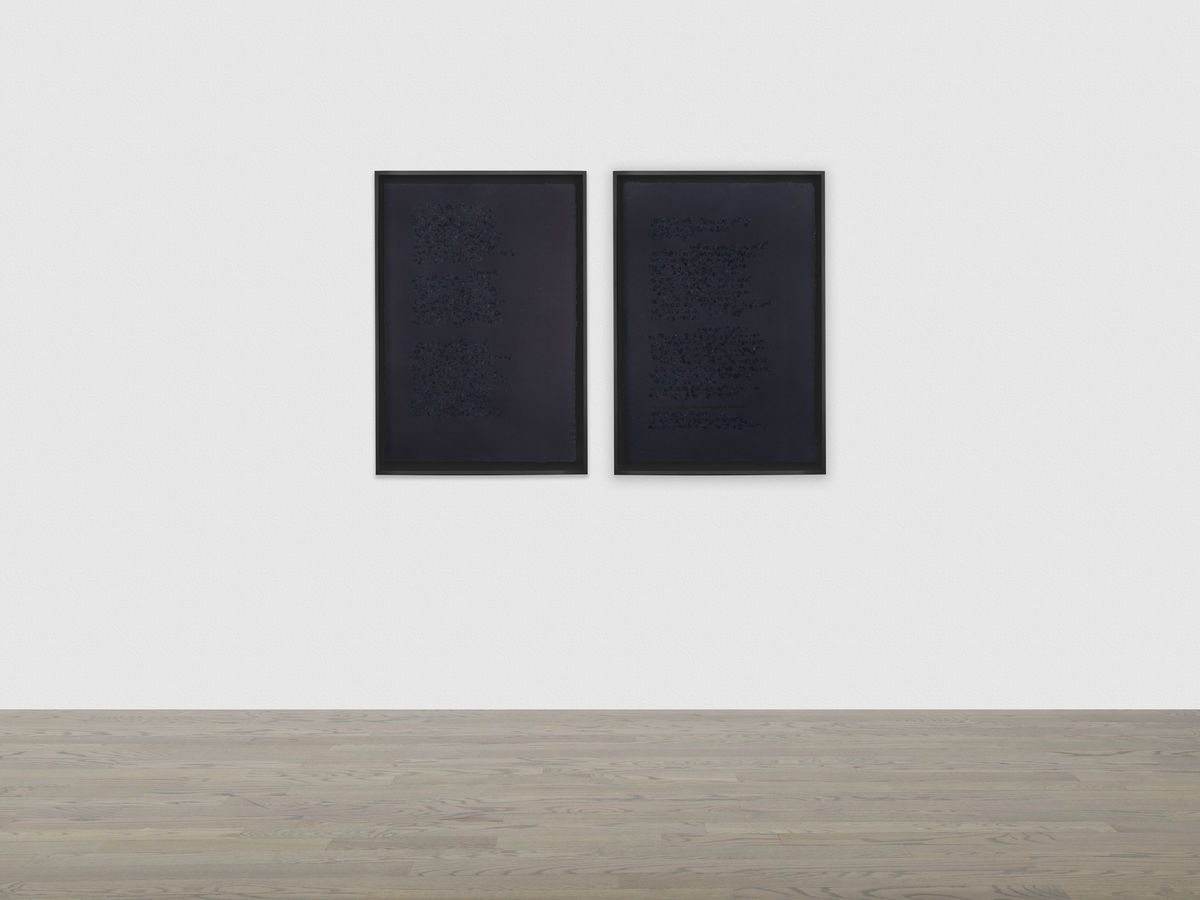 The Dixie of Our Union (2022) is a ten-part work on paper that references the iconic song Dixie, deemed the de facto anthem of the Confederacy. It reimagines Collins’ Dixie’s Land (1859-2001), created in 2019-2020 while the artist was Practitioner-in-Residence at Davidson College. Each rendition is covered by charcoal drawings of tear gas deployed by police during protests following the murder of George Floyd. In this new work, Collins chooses to focus only on Union versions of the song. For the artist, this choice is an attempt to connect Dixie not just to the South, but to the rest of the nation.The Dixie of Our Union lays bare America’s enduring history of racial injustice, violence and terror. She explains, “As for these American songs, the lyrics shifting are an attempt to describe who we are even in its most inherent contradictions, who we are at any given moment.” 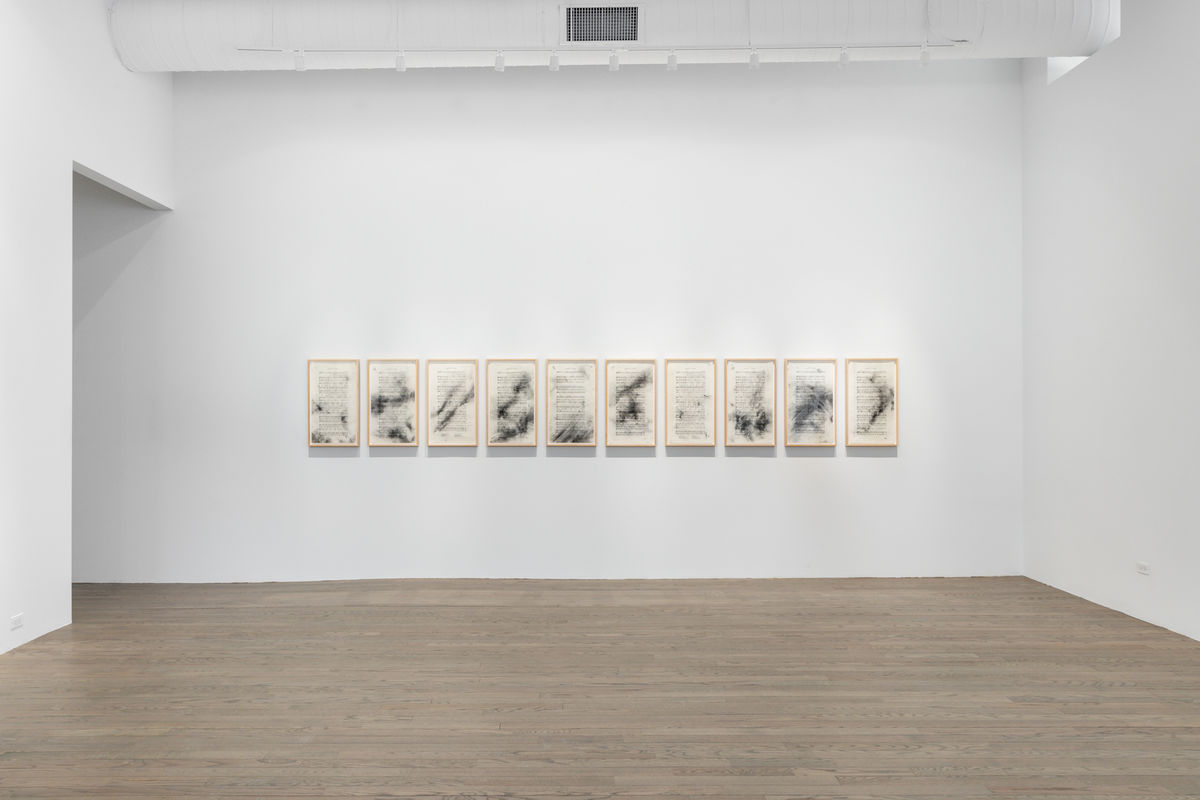 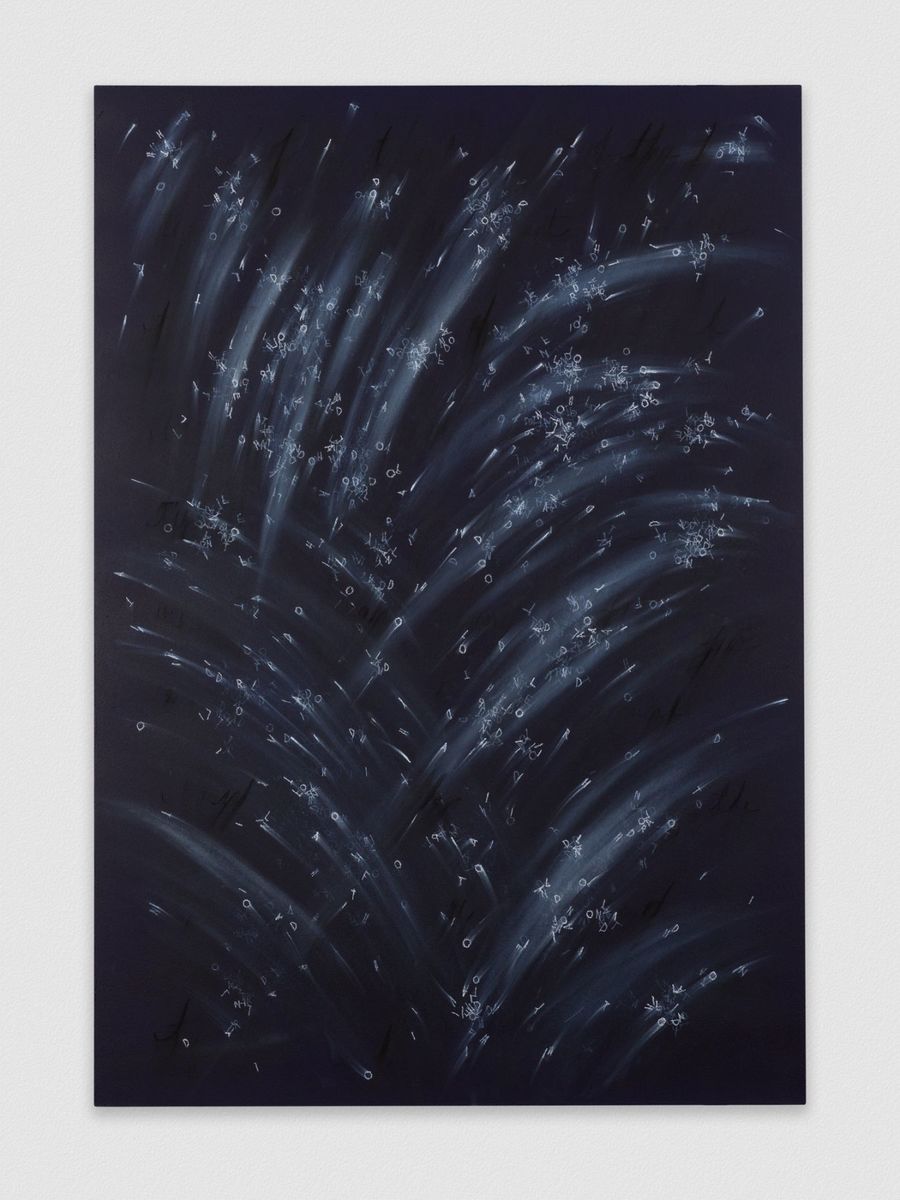 Land of the tyrant The Star Spangled Banner Series 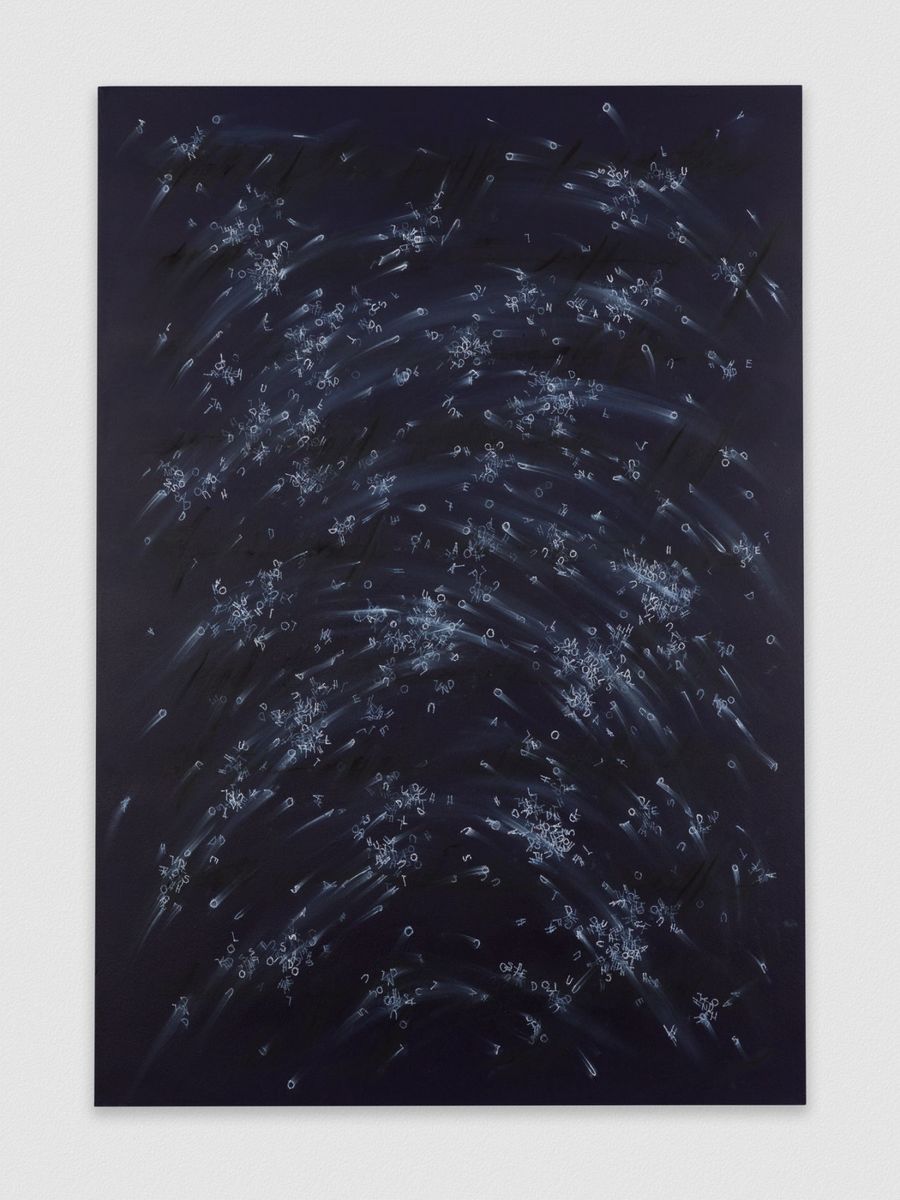 Land of the south The Star Spangled Banner Series 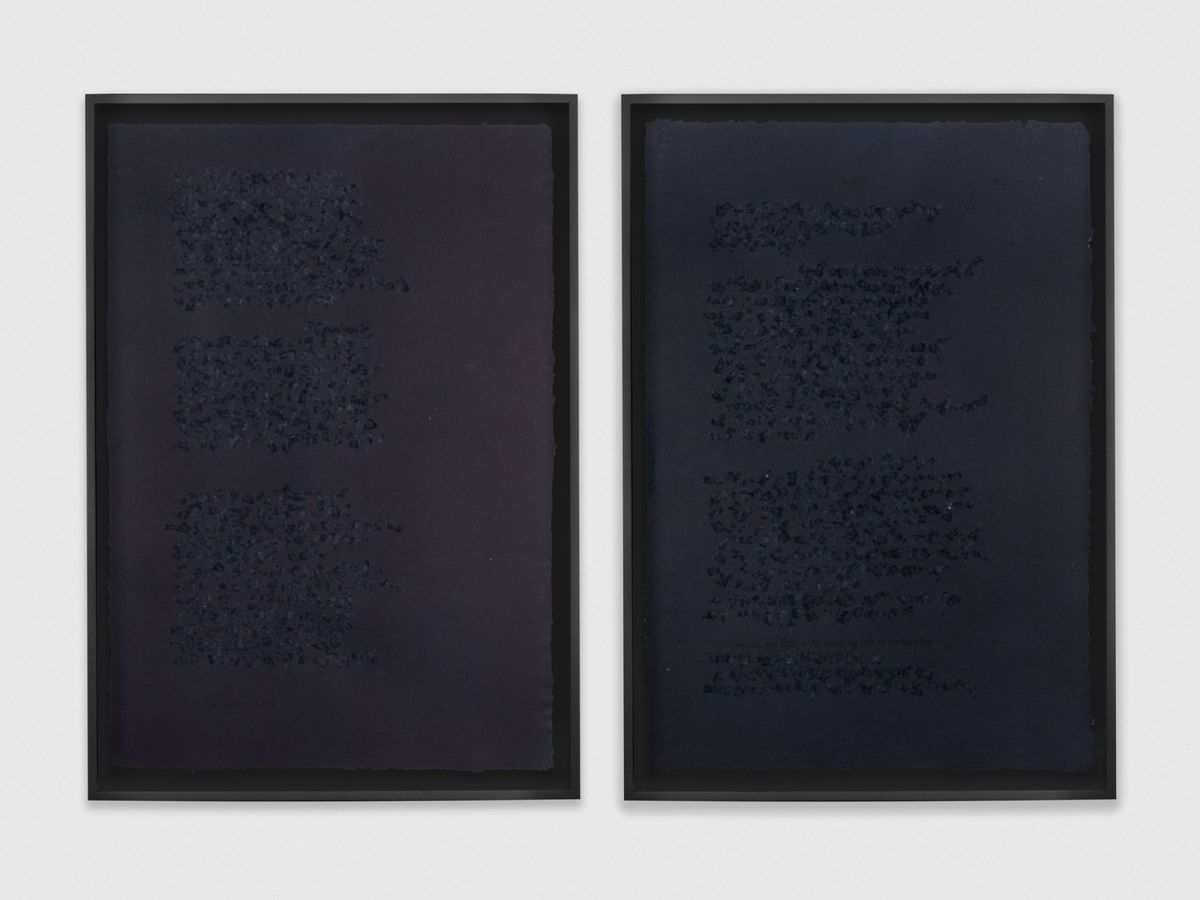 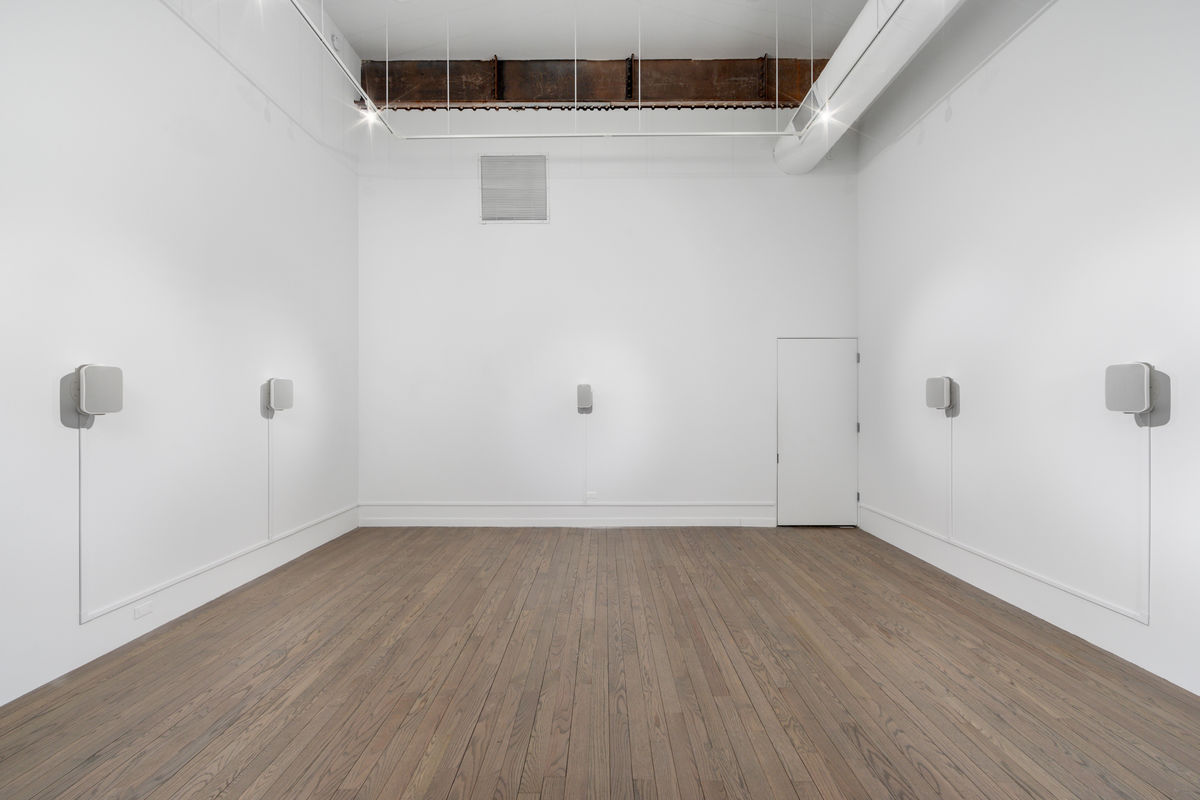 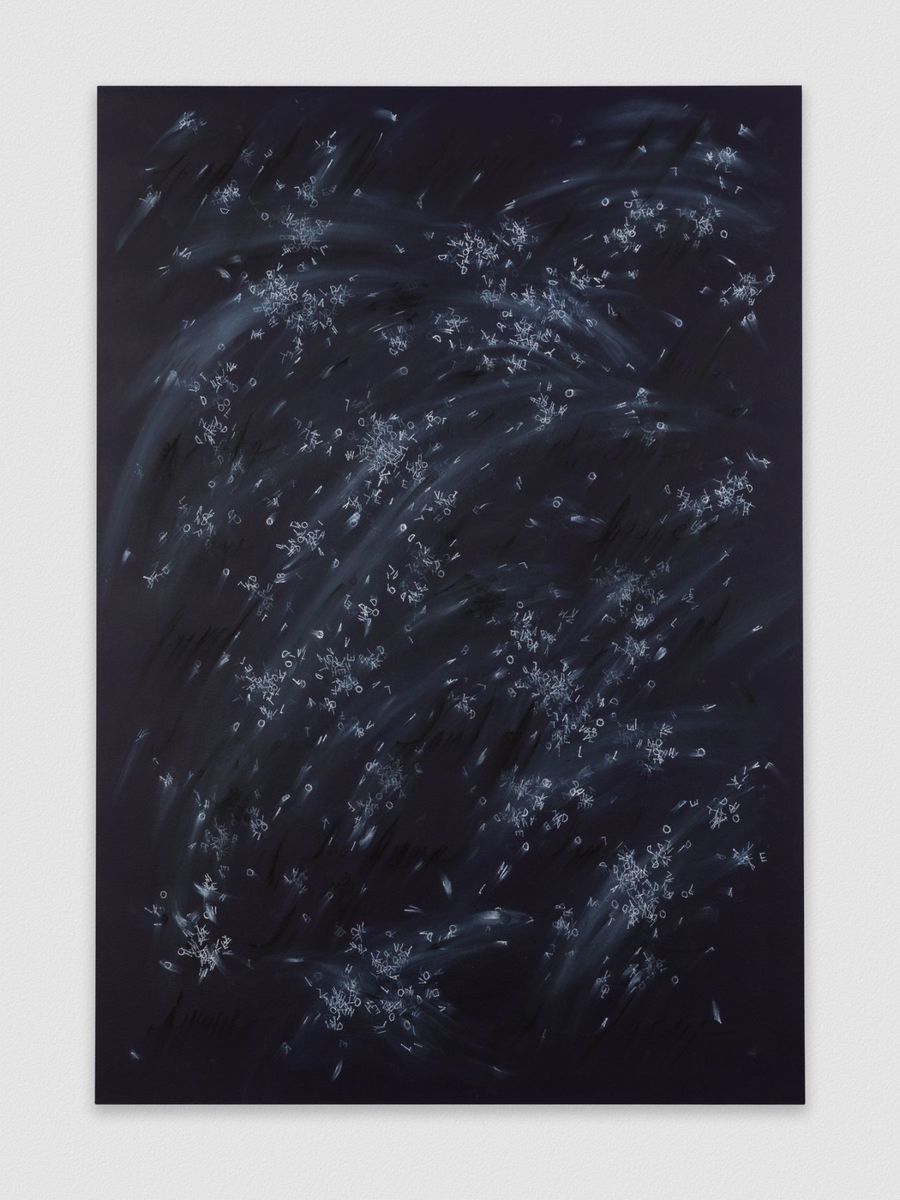 Land of the brave The Star Spangled Banner Series 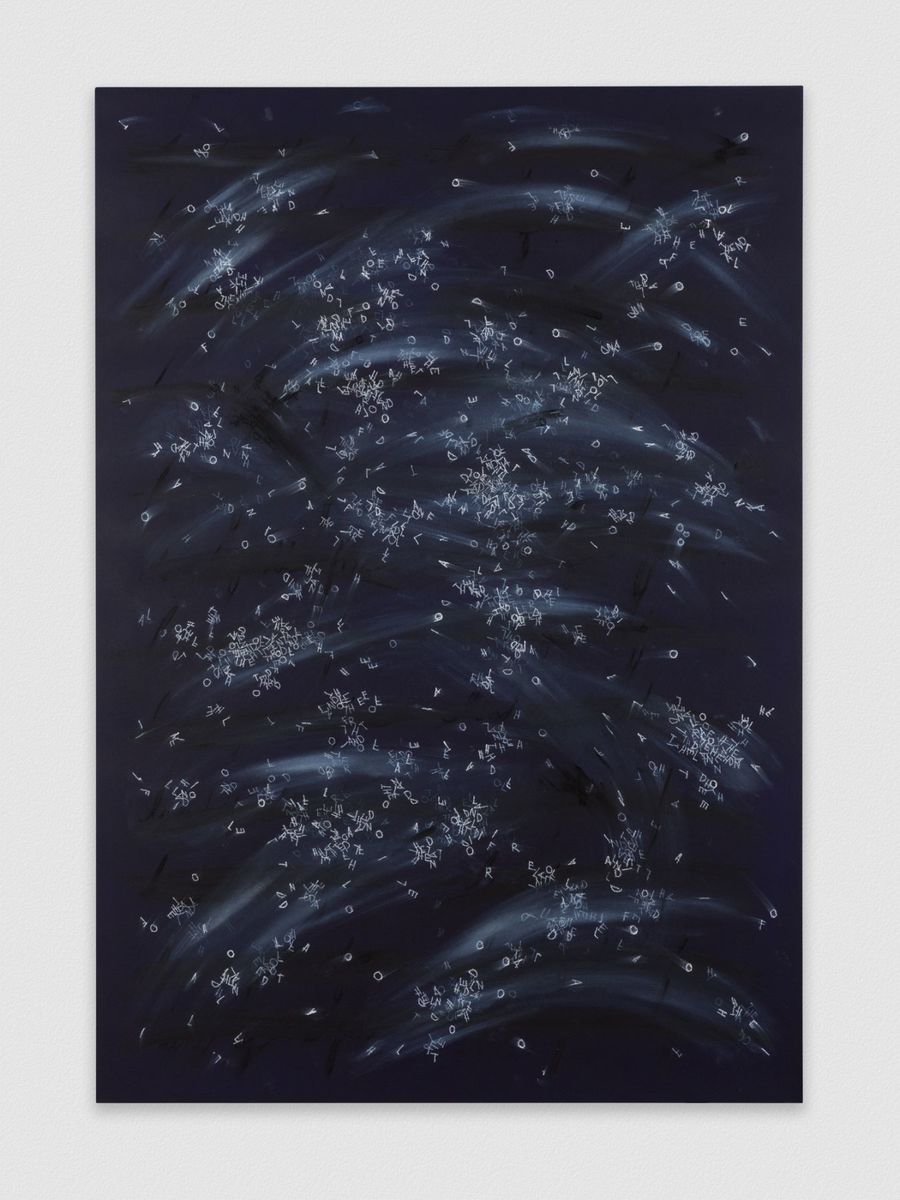 Land of the free The Star Spangled Banner Series 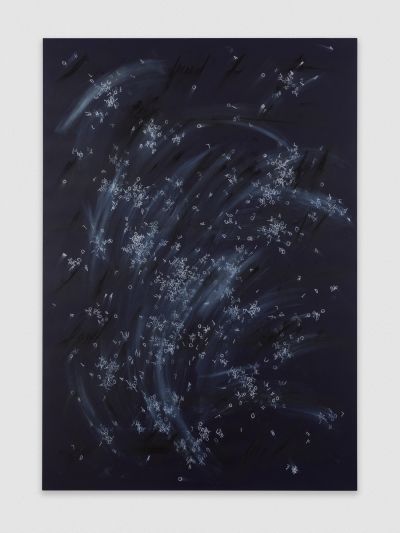 Land of the freed The Star Spangled Banner Series 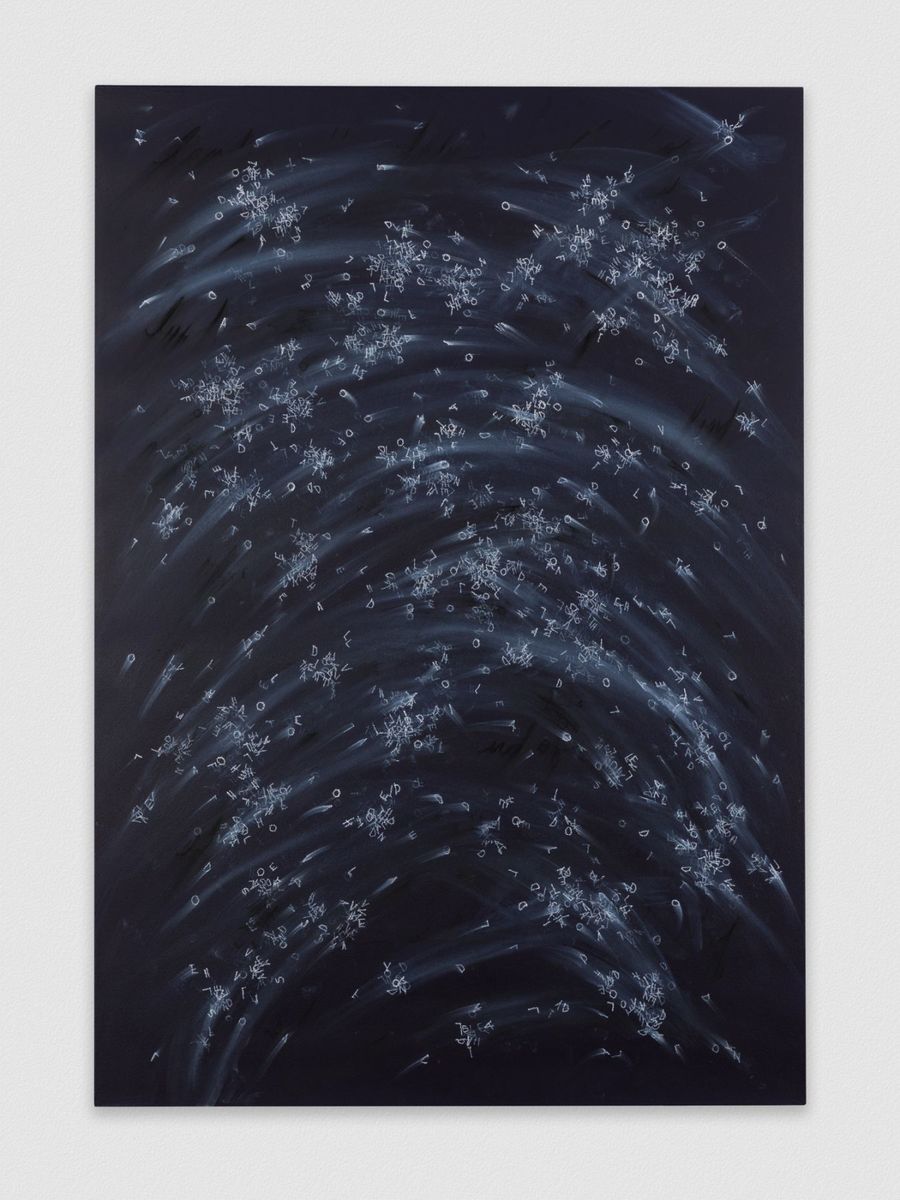 Land of the slave The Star Spangled Banner Series 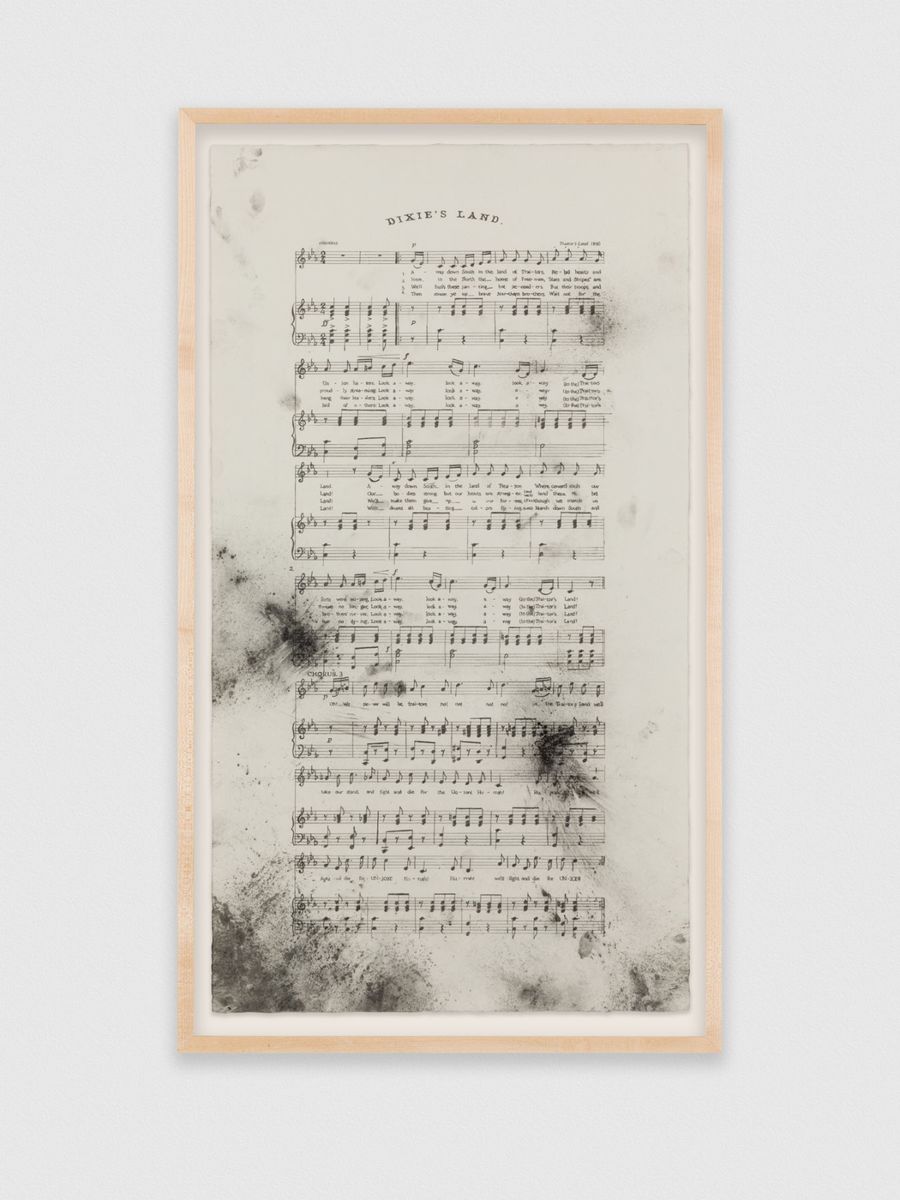 The Dixie of Our Union