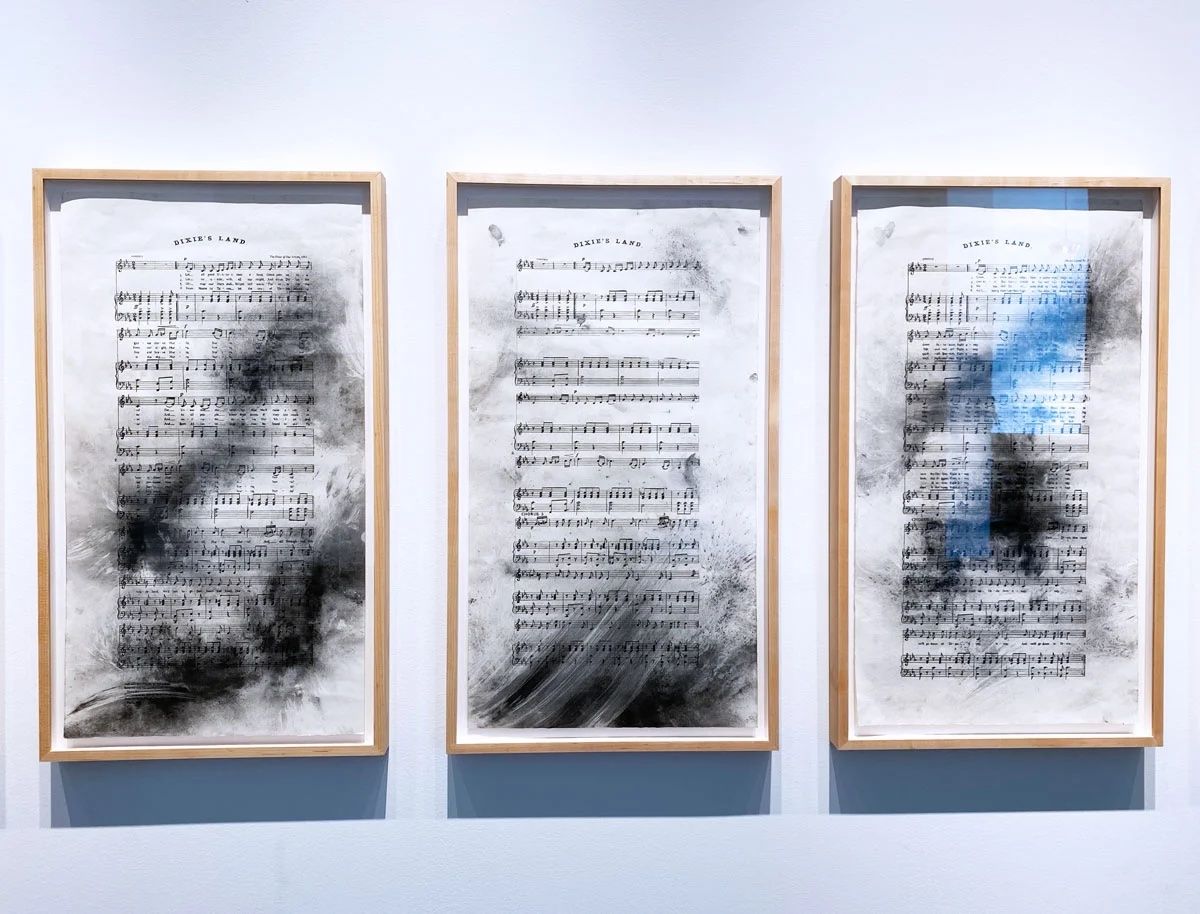 For a pared down exhibition, titled “Cadence,” Bethany Collins thinks through the importance of language in society and culture through three series that take as their subject classic songs of white Americana: “The Star-Spangled Banner,” “Auld Lang Syne,” and “Dixie.” Each of these three songs are contrafactum, the musical term that refers to songs in which the lyrics can be changed while the melody remains the same. And transformed over the years they have been.

A series of seven charcoal and acrylic paintings presents the increasingly sinister changes to the gripping “land of the brave” line of “The Star-Spangled Banner”: “land of the free,” “land of freed,” “land of the tyrant,” “land of the thief,” “land of the south,” and finally “land of the slave.” It’s Collins’ reminder that those who often tout this song don’t think everyone belongs on this land. In Collins’s hands, though, these lyrics are abstracted, smeared against a deep blue background.

Similarly, the “Dixie” body of work presents hand-drawn sheet music of versions of the song. They are smeared, however. This time by deploying tear gas against the sheets of paper. The twist, though, is that all of these are Union, not Confederate versions, of the song, further complicating exactly who was fighting for what.