Take your friends (but maybe not your children or grandparents) to the Brooklyn Museum to see Marilyn Minter: Pretty/Dirty (until 2 April 2017), a feminist examination of beauty and desire with works back to 1969. Minter’s large, aggressive and gorgeously executed photorealist enamels on metal—like Pop Rocks (2009), a suggestive close-up of a woman’s mouth and tongue filled over with fizzy candy—command attention, but save room to savour her intimate black-and-white photographs of her mother from 1969, smoking cigarettes and putting on make-up. V.S.B.

The exhibition Max Beckmann in New York at the Metropolitan Museum of Art (until 20 February 2017) is framed as a look at the artist’s connection with the city. He lived there from 1949 until his death, aged 66, in 1950 as he was on his way to the Met to see his own work. The show is above all a chance to see a stunning group of around 40 of the Expressionist’s powerful paintings. Look out for works held in private collections, including sympathetic portraits of Beckmann’s wife, nicknamed Quappi, and a wooded waterside scene, Mill in Eucalyptus Forest (1950). V.S.B. 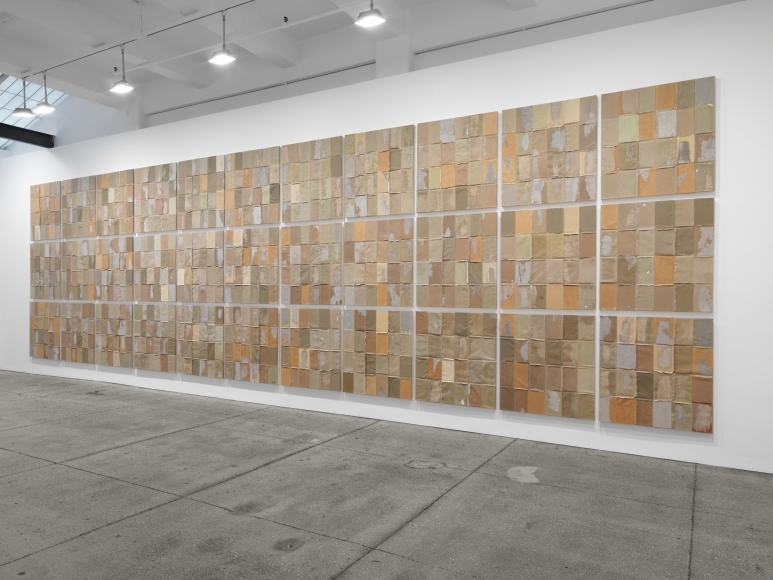 Samuel Levi Jones’s first solo show at Galerie Lelong (Burning all Illusion, until 28 January 2017) includes 15 or so collages made of books that have been torn apart and reconfigured into handsome, largely monochrome abstractions. Often, snippets of the underlying text remain, so it is clear that some of the books deal with criminal law. This is a first for Jones; in his earlier works, he entirely obscured his sources. The decision to do things differently this time ostensibly adds political content to these pictures, or suggests that something is buried beneath. But at bottom, the success of the works is due to Jones’s nimble handling of what’s on the surface. P.P.
Samuel Levi Jones Burning all illusion

The Browser: MoMA’s Gripping ‘New Photography’ Goes Behind the Lens

Sunlight arrives only at its proper hour

How Arthur Lewis Built a Dynamic Collection of Black Art

Threads of Fire and Water and Gold