As part of HUNTED PROJECTS | In Dialogue New York, it is a pleasure to present this interview and studio visit with Brooklyn based artist Kadar Brock.

Kadar Brock’s paintings are full of holes; they are sanded and worn out. To a point, Brock’s surfaces even seem to have been acid washed, gradually eroded or perhaps fiercely sand blasted, though simultaneously shredded as if struck by an explosion of shrapnel. The surfaces also are incredibly smooth, as if coated with talcum powder, though I am amongst the lucky few who have touched the surfaces of Brock’s paintings.

What’s fascinating is that Brock’s works are the product of an artist who aims to demystify the gesture in painting through creating rituals that in effect eradicate the didactic artist-viewer scenario. Brock doesn’t aim to create works that are easily read as being a by-product of an artist’s expression; Brock has created a set of rituals, a rolling of dice, where he, in effect has his actions directed for him. This could be through the number of brush strokes to apply or the number of cuts to make, in all, his intuitive approach to painting is not present or discernible to the viewer.

A video of HUNTED PROJECTS studio visit with Kadar Brock can be viewed here.

Steven Cox: I first encountered your work online long before we met earlier this year at Volta. I had been familiar with your work purely on a digital level, though upon experiencing the scale, surface qualities and vibrancy of colours, I felt that your works owned a mystical aspect that doesn’t translate via digital images. I am interested; to what extent are you conscious of this? Do you feel that something is lost when your work is presented through images online?

Kadar Brock: yeah of course. I think they’re really tactile, physical paintings, and a lot of that information is lost if you’re just looking at a reproduction.

SC: Your ritual-as-process approach to mark making is conducted through the gauze of being either dis-enchant, or re-enchantment based. Both processes refer to the removal or application of paint. I am interested in how you decide where and when the ritual takes over from the intuitive aspect of painting?

KB: So the rituals really started as an extension of, and as a way to manifest, my desire to divest intuition from painting, as a way to push out the more subjective and expressionistic aspects of painting. My long-term desire in painting has always been to talk about the sublime, the spiritual, and belief structures as they pertain to both painting historically, and how we perceive our day-to-day existence. At a certain point it became very apparent to me that the reliance on subjective expressionism, and believing in the autonomy of, and translation through, gesture was super flawed. So I started setting up rituals to dredge those beliefs, and those rituals simultaneously embody and leave a residue that, I think, touches on my larger goals. That said, there are of course judgment calls, and those are intuitive. When to sand, when to stop sanding, to do more layers or not, are all subjective and intuitive decisions. Intuition doesn’t enter into what I do, just if I continue to do it.

SC: Can you expand on this notion of a conceptually flawed expressionism?

KB: It’s more that at the root of a certain relationship to painting, there’s a belief that comes out of romanticism, out of Herder, that an artists actions automatically/subconsciously/inevitably express his or her goals and ideals or emotional state or character. I think while interesting, that belief is flawed in terms of my goals in painting, and was in fact a personal stumbling block, so I dug at it.

SC: Do you consider creative decision making in general, a ritualistic task?

KB: Creative decision-making is the creating of metaphors. Rituals are repetitive metaphoric actions. There’s some overlap there.

SC: To what extent have you controlled the gesture within your rituals, and the metaphorical significance of each action? How are these weighed?

KB: By gesture, in this context, I’m mostly referring to a painting action. The significance of the rituals, well, they really came out of pretty mundane studio activities - cleaning my palette with a razor, painting my walls with industrial strength primer, sanding said walls. I just started treating my old paintings like they were physically a part of the studio I guess. And then it’s really more where I and other viewers can go from there with what those actions mean and how they relate to a painting as this seat of ideologies.

SC: Your paintings, prior to being cut and sanded are colourful, geometric and very painterly. I am aware that it is now very rare for anyone to see your paintings at this stage before they become erased, cut and presented in the manner that most are familiar with. Do you ever feel a sense of loss when you embark upon the stages where the original becomes lost?

KB: Yes and no. I really enjoy them as they were, but they’re not really alive anymore anyways. They’ve become these symbols for a belief system and a relationship to painting. So taking those symbols, and enacting these rituals upon them just makes sense.

Working on the newer works that are made from composites of the dredged material, I remember moments, and passages from older paintings, and that’s a nice kind of nostalgia. It’s great too to have those moments just isolated and decontextualized; it gives me a new appreciation for them.

SC: Paintings such as deredemisto or deredemitcogbi are both dated as being works in process from 2007-2012. Have these works been documented during the 5 years that it took to complete, and at what point do you know that the work is necessarily completed?

KB: No. They just existed, or well first came into existence back when, in 2007. Deredemisto is the perfect example for all of this. Originally it was this bright geometric gestural abstract thing called ‘she’s the one,’ in reference to this beta band song I’d listened to a lot. That piece never had much of a life of it’s own, and in fact it later became the first painting I ‘disenchanted.’ It, I think was shown with that first batch, when they were still very bone white, but maybe it wasn’t, maybe we just kept it in storage, and I hung onto it for sentimental reasons. Then I decided to rework it again last year, and try to include it in a show in London. It was shipped over, but it was my least favorite in the group, and so it got edited out. Then a couple months later, it was just bugging me, so I had them un-stretch it, fold it up, and ship it back via post… and then I worked on it some more, and now it’s one of my favorite pieces. I wish I’d just kept it for myself, but someone asked for it to be shown in Europe again, and now it’s over there. I wouldn’t want them to fold it up again now ha.

SC: The organic gradations of colour within your sanded paintings seem to remind me of contour line maps. Is this something you have seen yourself?

KB: No, but I really like that reading. Mapping is a cool idea.

SC: Within your studio you avoid wasting anything, for pieces of dried paint are peeled from over used pieces of sand paper and kept, dust is collected, and small fragments that are cut from paintings are re-applied to the surfaces of new works, for instance, your DNS series. Can you discuss the reasoning behind your decision to recycle as much as possible?

KB: Well really the impetus for using all this material is to dance around this romantic notion of the artist/hero/genius, and the idea that every action of the artist is expressive. I figure all these different bits of studio ‘refuse’ are mutated gestures, decontextualized gestures, and if I’m this expressive content translator then this all should have this aura and be clear and powerful, right? HA. But yeah, so the dust was all brush strokes at some point, and actions at some point. And the paint collected on the sanding disks is also that same paint, and the remnants of those same actions somewhere down the line. And of course all the paint chips for those dns paintings, those too, most directly, were gestures and expressive brush strokes…and in a sense all of it still is, it’s just the gestures or actions are a little different.

SC: In regards to your rdns series where you have re-applied the debris of past works, can you discuss how you apply the debris, and to what extent you have considered the conservational procedures if for any reason the surface would begin to further break up or deteriorate over time?

KB: I’m definitely not interested in conservational things. If things break up and deteriorate more, I think it’s very keeping with what the work is about. That said, I think the material I’m using for setting up those paintings is pretty high tech stuff, so it should be fine.

KB: Well paintings, ha! But honestly right now I’m just putting the finishing touches on a group of works for a solo show in New York at The Hole, my gallery here. I’ll have some other group shows coming up too, but that’s been my main focus. Beyond that, I’m excited for some new things in the studio once this group is done; some sculptures, and some painting objects using up all that dust I’ve collected.

SC: What should be expected within your solo at The Hole?

KB: The title is Dredge and it will contain some new paintings. And carpeting. And some bean bag chairs. 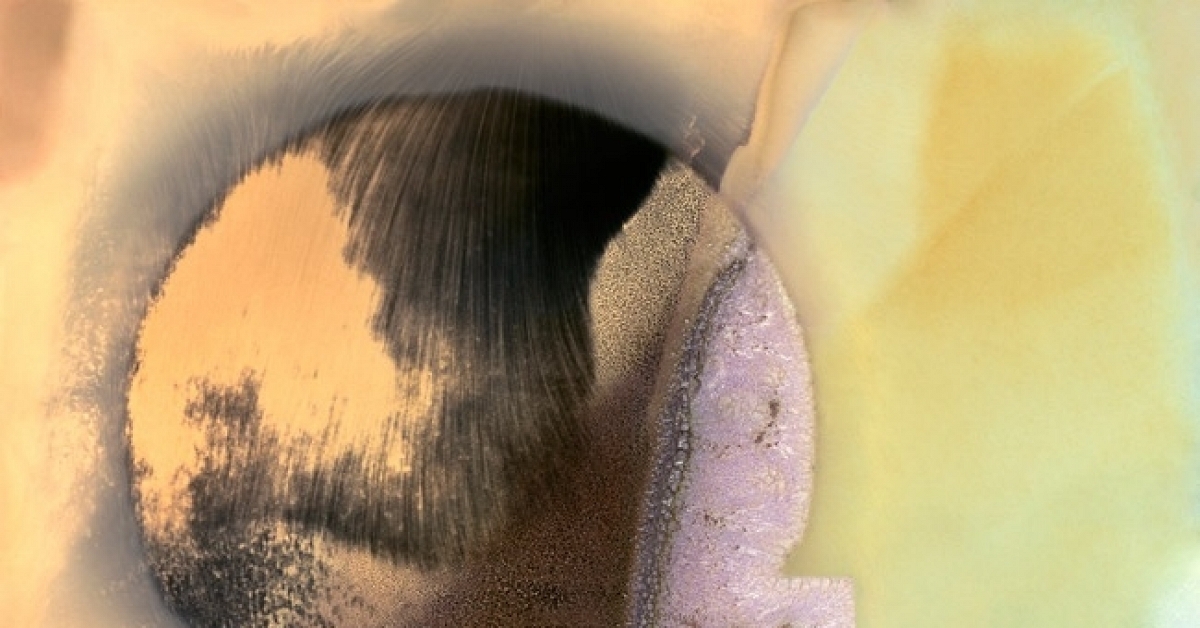 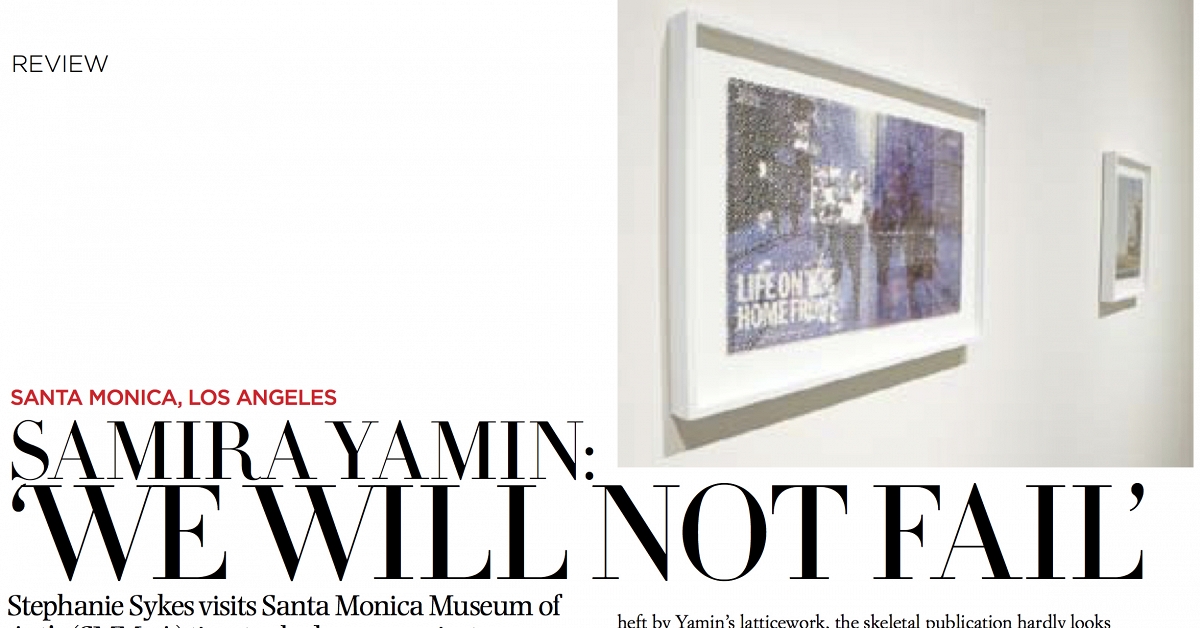