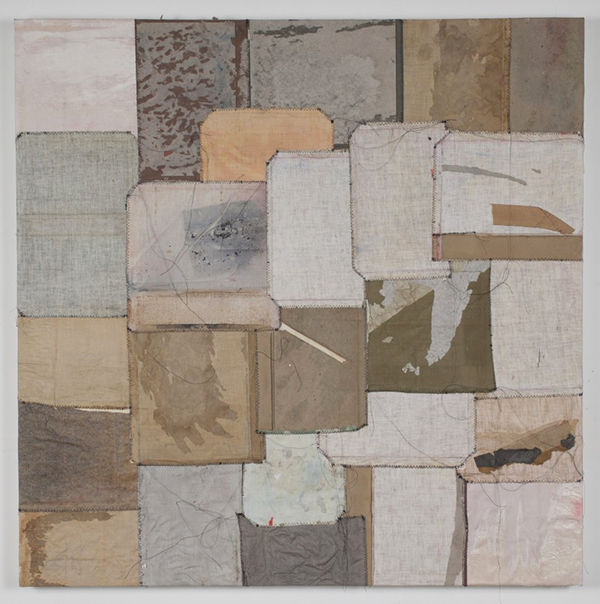 “Disruptor,” one of the snappiest, toughest works in Samuel Levi Jones’ snappy, tough show at the gallery Vielmetter Los Angeles, is keyed to a palette of exhaustion — faded browns, weak blues, whites yellowed by time and touch. The hues, sapped of their strength, belong to fabric book covers that Jones has divorced from their contents and stitched together in irregular patchwork grids. The metaphorical resonance is vivid.

Each of the covers here belonged to a text about art. In previous work, Jones has used other reference books: encyclopedias, volumes on the law and medicine. His response to the racial inequities and injustices embedded in the foundational texts of our culture is to break the books apart, dismantling the container as a means — literal and symbolic — of defusing the contents. He wrests authority from the books, hollows them out, declares them exhausted.

The power struggle at the heart of every one of these works is real, a matter of social, historical consequence played out in color, texture and form. Planes jostle and overlap, push, pull and slide. Zigzag-stitched seams trail tangles of loose black threads. The washed-out reds of “Contrived Existences” evoke a brick wall. “Purpose” gleams with burnished primaries. The gray and green covers of “Wanted Not Needed” layer like improvised fish scales. 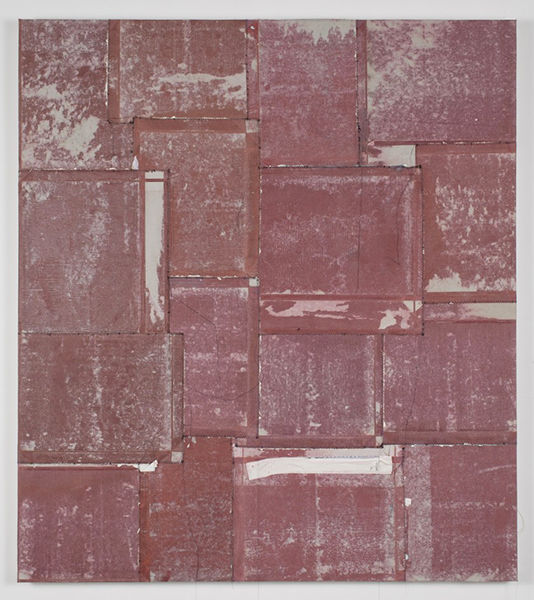 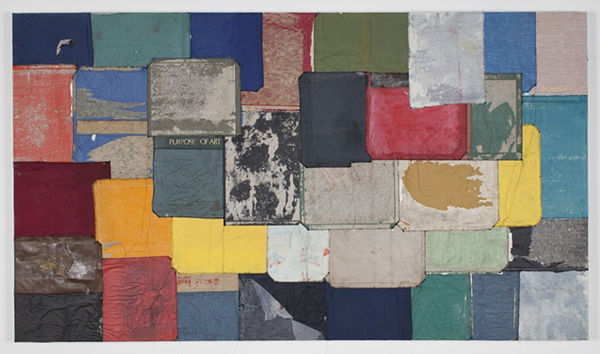 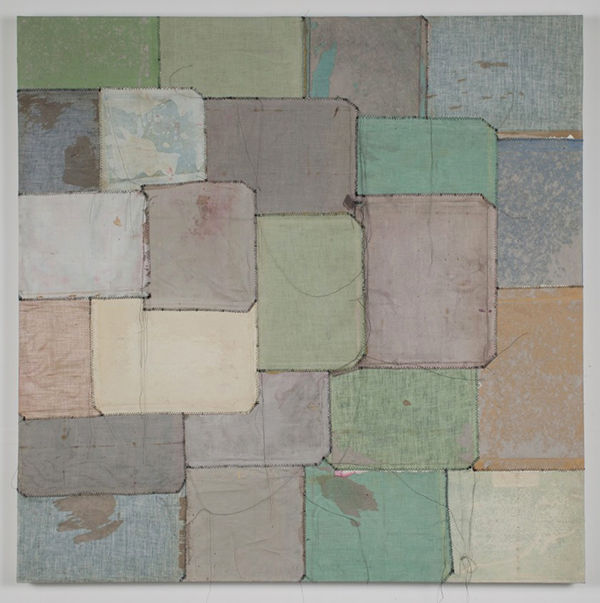 Each book cover bears traces of its destruction — a skim of torn cardboard backing, a stain of adhesive. The surfaces are raw, abraded, sometimes buckled and creased. The Chicago artist calls these works paintings (the sewn assemblages are stretched over canvas), though they are equally sculpture.

Jones operates according to an unstated social-scientific law, that power is neither created nor destroyed. He does the work of transformation, reassigning power from sources steeped in biased convention, where it had a corrosive effect on humanity, to new vehicles of thought and sensual encounter. Defiance has rarely looked this handsome.

In the studio with artist and Spelman College professor Myra Greene