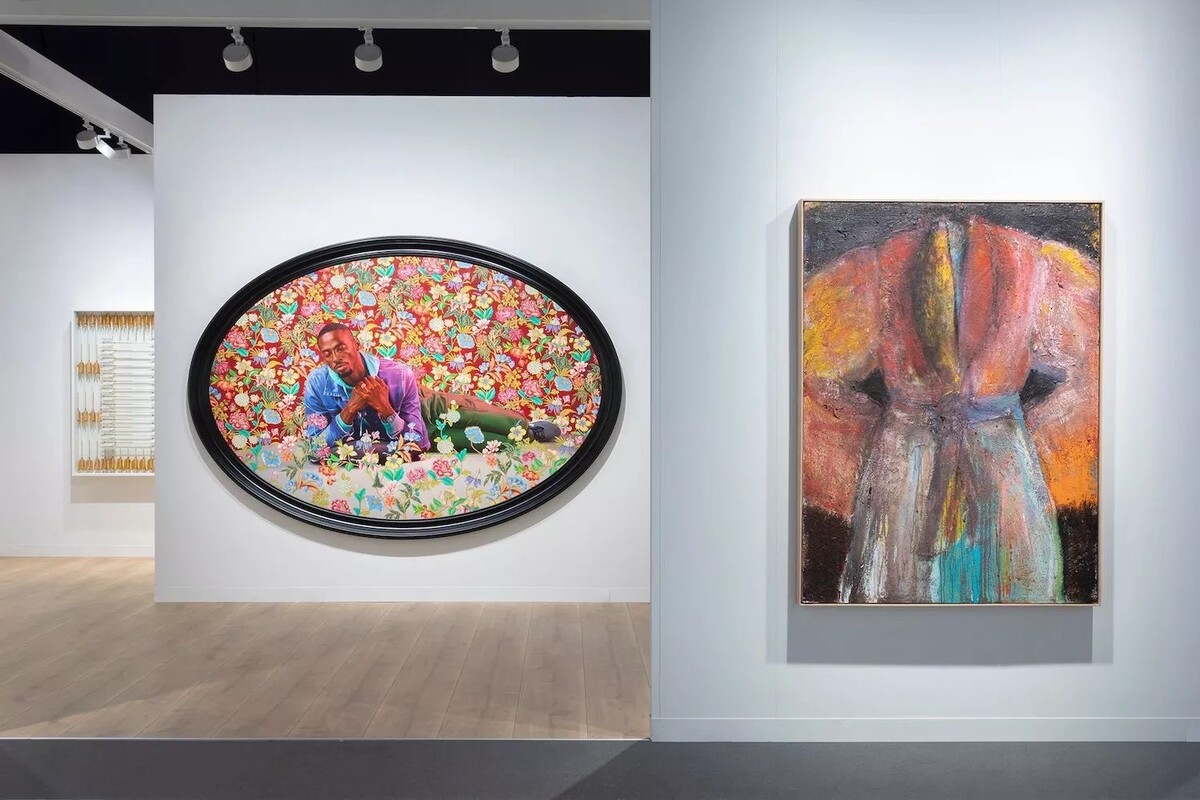 The point of an art fair is, ostensibly, to buy art: Collectors at fairs are commonly seen asking outright the prices of the works on display, a practice not commonly seen in galleries. Particularly at major art fairs, although there are hundreds (if not thousands) of works on show, nowadays it’s common to find that the most desirable artworks have sold even before the VIP preview begins. The reason for this is “pre-sales.”

The pre-sale process starts a week or two ahead of a fair’s opening: Galleries send PDFs with images of the works that’ll be in their booths to their most valued clients. If the collectors are interested, galleries share more images and videos, and start discussions over the phone; all of this is highly discretionary.

“We prioritize our loyal collectors,” said Anne-Claudie Coric, executive director of the multinational Galerie Templon, “and also those who are looking for something specific, or by a certain artist.” She added that the gallery will also share works ahead of time with its network of trusted art advisors and consultants. 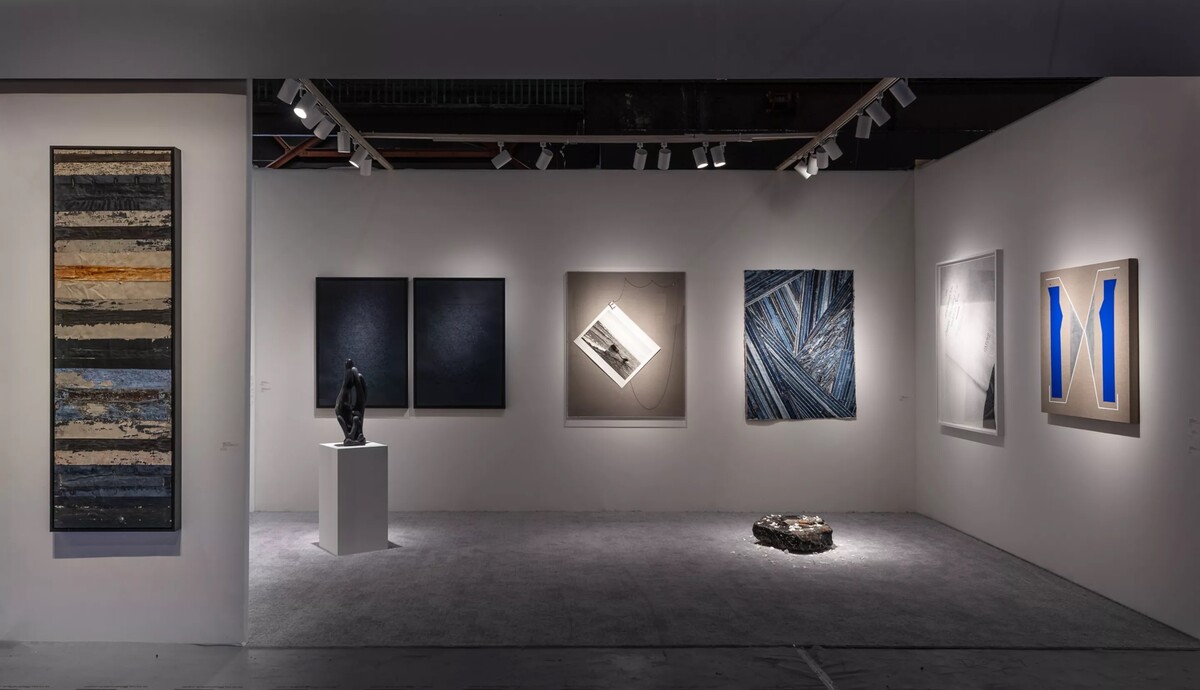 Chicago-based Patron Gallery takes the same approach, offering works to collectors who’ve specified a type of work they want. Occasionally, the collector sees the work in person while it’s getting documented and prepped for shipping to the fair, and buys it before it leaves the gallery. Patron owner and director Emanuel Aguilar noted that collectors who are offered this option are “individuals who we know well and who engage our program at large, as opposed to only reaching out about that one, super in-demand artist.”

Once the artworks reach the fair venue, collectors cannot view works in person, as fair administration is very strict—only exhibitors are allowed to enter before the vernissage. It’s typically a tight race for galleries to finish the installation. Coric noted that at times, the entire installation happens within the day before the opening. These logistics are why pre-sales usually happen digitally—a process that has been improved greatly since the onset of COVID-19. Virtual pre-sales are also critical when artworks will be traveling for weeks at a time ahead of a fair. Paris- and Brussels-based Galerie Nathalie Obadia’s works are in transit the week before European fairs, and for at least a month for fairs outside of Europe, like Art Basel in Miami Beach. 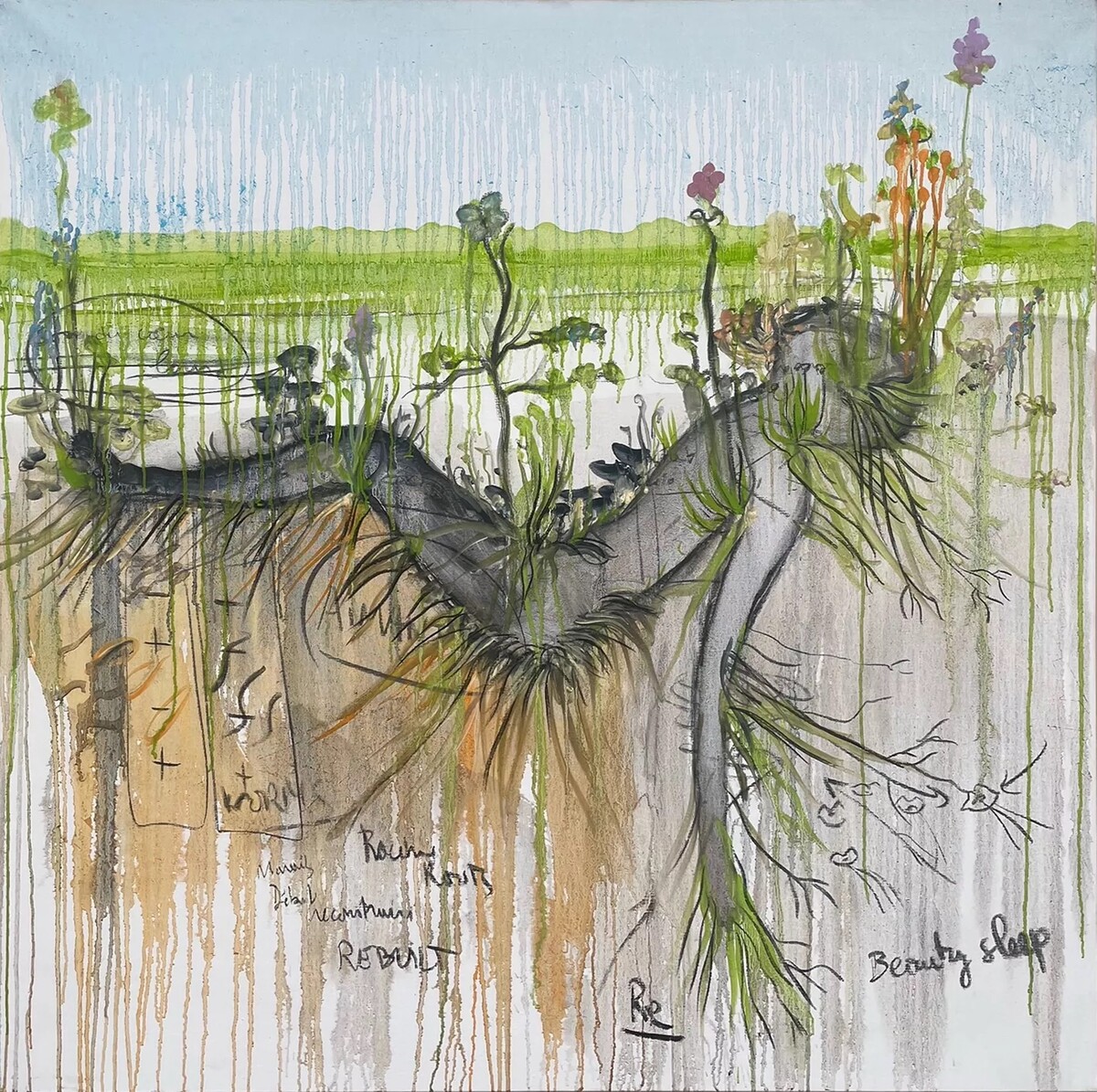 The point of sending out previews to collectors isn’t always to close a sale, however. While this may be the only buying method for collectors who aren’t able to travel to fairs (such as those from Asia who’ve faced greater COVID-19 restrictions), these communications are often used to allow collectors to register their interest. “We’ll reserve a work for a few hours if we know the collector well,” said Nathalie Obadia, founder of her eponymous gallery. Galleries arrange appointments for such collectors to visit the fair in its first few hours; at that point, the collector will see the work in person and confirm the sale.

Some of Galerie Templon’s collectors also prefer to see the works in person. Coric said this depends on the price, as well as the type of work. “It is easier to acquire a small photograph from seeing it on a screen,” she said, “than a monumental sculpture or a multimedia installation.” For works at higher prices, in-person sales still reign supreme. 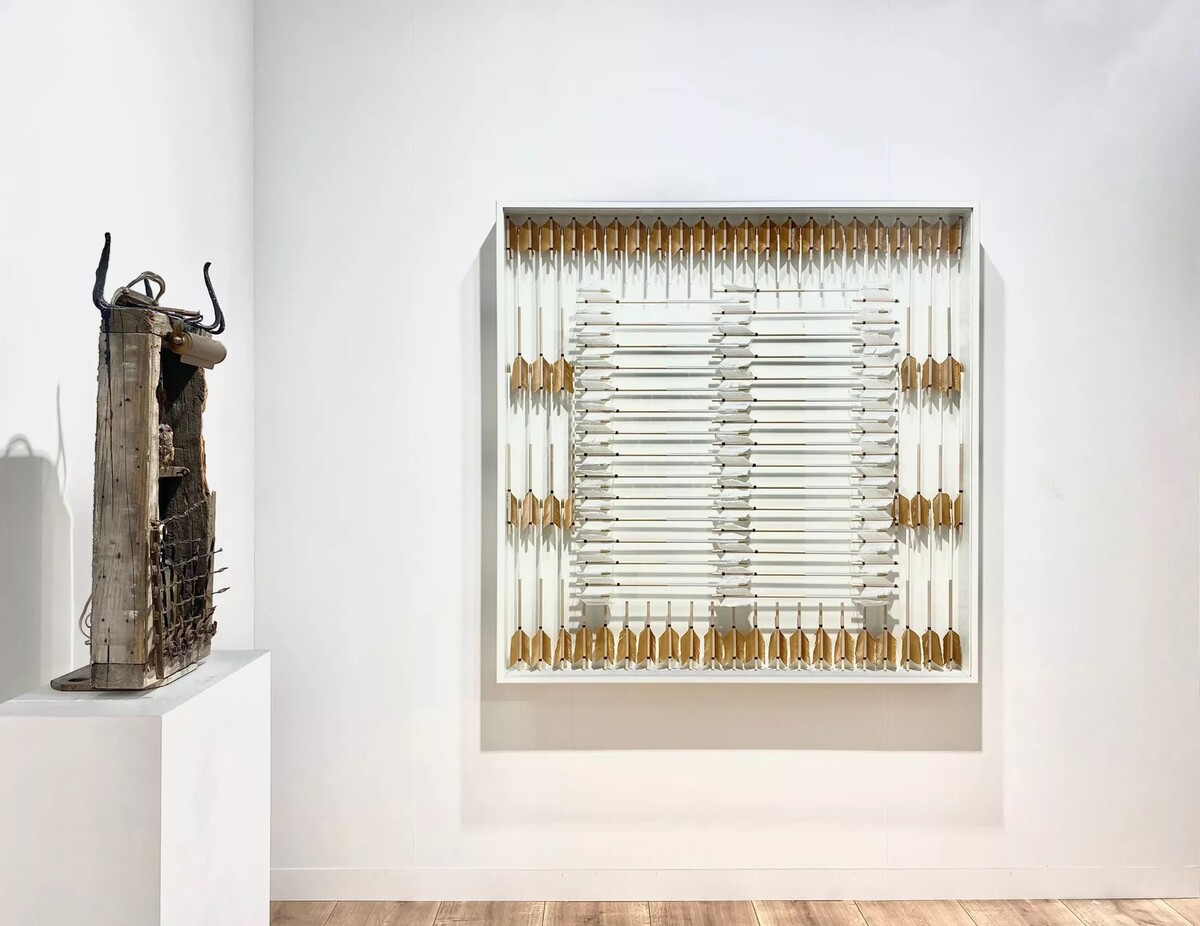 For the larger galleries, pre-sales are a way to acknowledge their loyal collectors. But for the smaller ones, pre-sales can be an essential part of the art fair strategy. “[Pre-sales] can be make-or-break for many smaller galleries,” Aguilar said. He explained that the expenses associated with showing at a fair accumulate quickly, from installation costs to paying for staff to travel, as well as the high fees charged by fairs for participating. “Pre-sales are a balance to the risk of potentially not selling at the fair itself,” Aguilar said, “which, as many people try to never say publicly, does happen.” A common goal for galleries showing at fairs, he noted, is to simply break even.

Newer collectors don’t necessarily have to fear losing out to the established ones who’ve already bought or reserved works. While some galleries do sell much of their booths before fairs—giving them the bragging rights to say the booth sold out within hours of the fair opening—most don’t. Galerie Nathalie Obadia’s pre-sales only make up 10 to 30 percent of their booths. Obadia said they “shouldn’t minimize the numerous sales that are made throughout the fair and the following two weeks.” 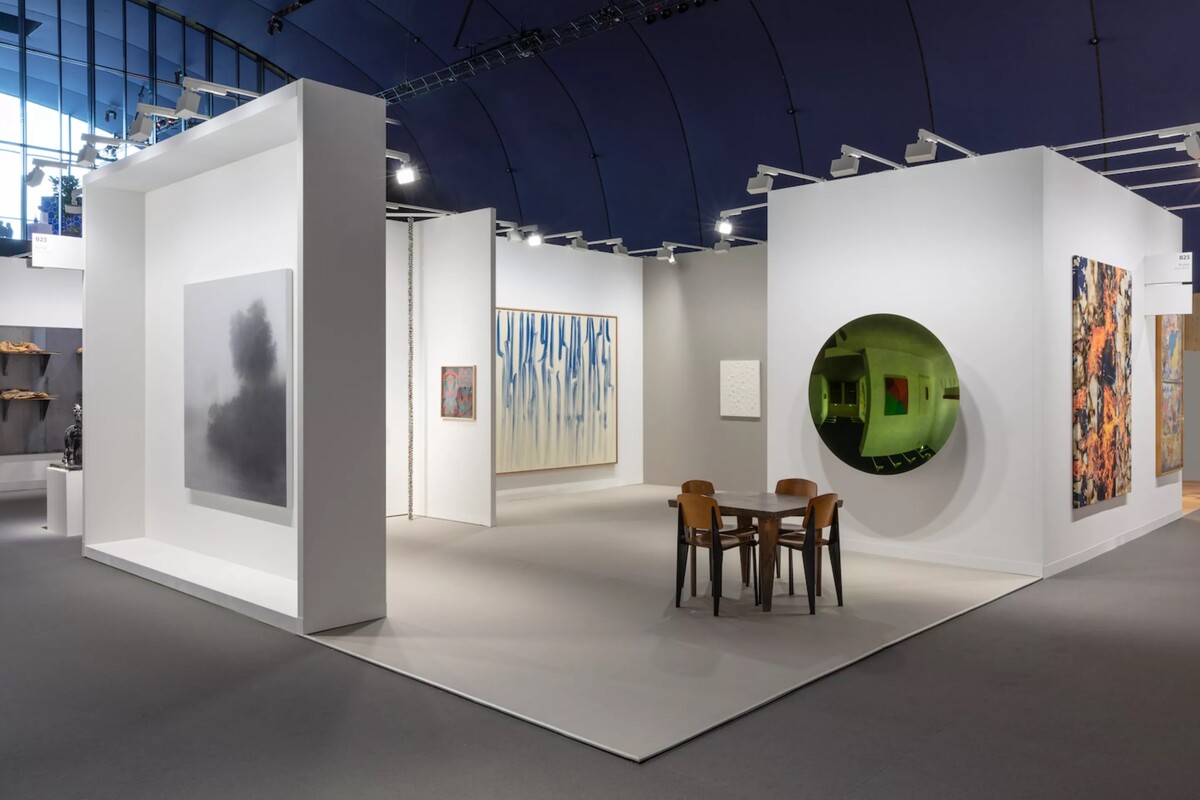 While sales are critical, galleries also participate in
Installation view of Kukje Gallery’s booth at Paris+ par Art Basel, 2022. Photo by Sebastiano Pellion di Persano. Courtesy of Kukje Gallery. art fairs in order to meet people in person. Going to a fair—even during the later days—is a good way to get to know gallerists and show your interest in both the gallery and their artists. “The fairs are a field of revelation and unique research,” Obadia said. The setting is ripe for discovering new galleries and artists. “You shouldn’t give off the image of an avid collector who only buys sought-after works, but who isn’t curious,” she said.

“We like questions,” Aguilar said. “We are there to talk about art.” He encourages people to ask anything, “even if it seems crazy.” The only exception, he said, is when fairgoers ask if he’s the artist. “That just makes me know you’re not really interested in anything,” he said.

These encounters and conversations can prove to be far more fruitful than expected. Some galleries, even prominent ones, don’t pre-sell at all. Leading Korean gallery Kukje is one of them. “We, unfortunately, do not conduct pre-sales as it defeats the purpose of building relationships with our clients in person,” said Kukje vice president Bo Young Song.
Art Basel Miami Beach 2022