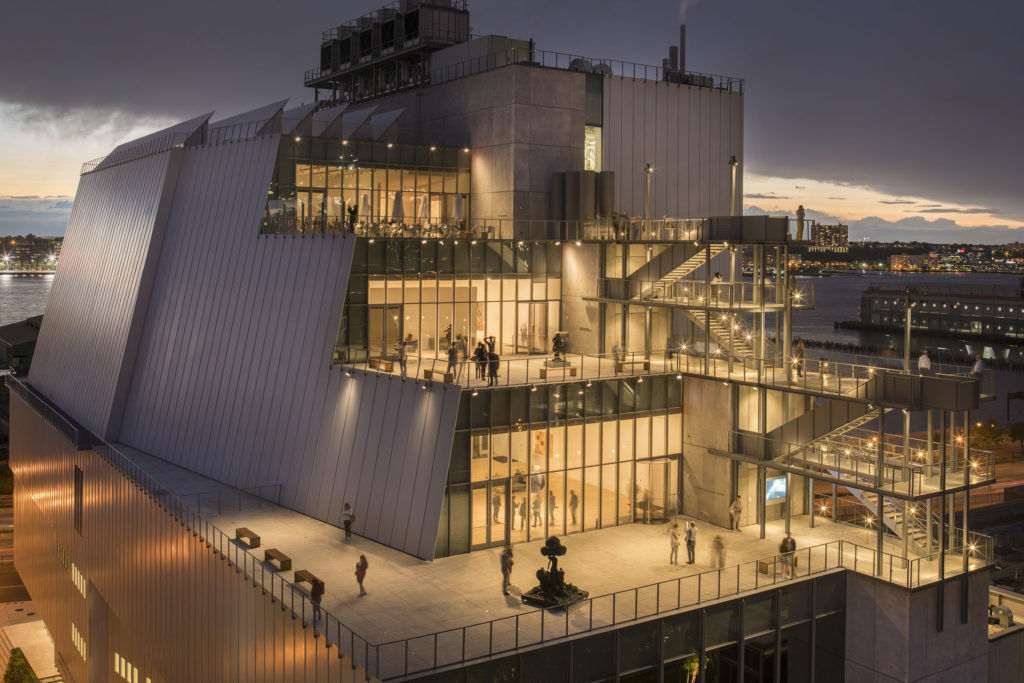 Forget about “Breakfast at Tiffany’s”—this spring, the throngs of tourists visiting Fifth Avenue’s most fabled jeweler will be treated to a Biennial at Tiffany’s. As part of its far-reaching new sponsorship of the Whitney Biennial, Tiffany & Co. has revealed that, beginning on March 9, it will be giving over its highly visible window displays to site-specific installations by five rising stars from the exhibition: Ajay Kurian, Carrie Moyer, Shara Hughes, Harold Mendez, and Raúl de Nieves. The installations will be constructed around exclusive editions that the artists have produced with the jeweler.

The truly unusual thing about the collaboration? Tiffany gave full control of the partnership to biennial curators Christopher Lew and Mia Locks, giving the organizers free reign to select whichever artist they wanted—and then providing those artists with generous funding, access to a treasure trove of Tiffany materials, the help of its artisans, and no limitations on their projects.

Set in motion by former Tiffany CEO and Whitney Museum trustee Frederic Cumenal, the enterprise will unleash some distinctly unorthodox artworks at the jewelry-seller’s flagship store—a mere half block away from Trump Tower, the de facto Manhattan White House of President Donald Trump.

Perhaps the most head-turning installation will be courtesy of Kurian, a young Indian-American artist represented by 47 Canal. Recreating one of the most surrealistically horrifying scenes from the film American Psycho, when the title character drops a spinning chainsaw down a stairwell to murderous effect, Kurian worked with Tiffany specialists to build a trompe-l’oeil diorama of the stairwell that recedes into the window and embellished it with spinning sterling-silver business-card cases, his artwork for the project.

Produced in a limited edition of 10, these cases are etched with a Magic Eye-esque stereogram that transforms a seemingly abstract acid-etched design into the word “psycho” when the viewers stares long enough—a reference to the film’s fetishization of business cards as a “secret handshake” among New York’s ‘80s-era Masters of the Universe.

As for the other artists, Harold Mendez worked alongside Tiffany silversmiths in the company’s Rhode Island hollowware shop to sculpt a sterling-silver pre-Colombian death mask (a reference to his cultural ancestry); Carrie Moyer designed a sterling-silver pendant inspired by her abstract collages; Raul de Nieves worked with master engravers to adorn a silver box with an image of two figures presenting a child to the world, a recurring motif in his work; and Shara Hughes hand-painted a series of bone china pitchers with brightly hued fantastical landscapes. The editions will retail at both Tiffany and the Whitney, and range up to $8,500 apiece.

“For each of the artists, it is as if their studio has expanded exponentially through the collaboration,” Lew and Locks said in a joint statement. “The range of bold and daring objects that they have created together is a testament to Tiffany’s longstanding commitment to art.” Mendez, for his part, hailed his work alongside Tiffany’s hollowware craftsmen as among his most successful artistic achievements to date.

Although Tiffany has a storied art pedigree—evidenced by previous collaborations with Warhol and Rauschenberg, and its hugely popular Paloma Picasso line—the partnership is also certainly among the company’s most avant-garde undertakings in its nearly two-century history. However, the collaboration is of a piece with other edgy, high-profile moves Tiffany has made lately. The jeweler sponsored Lady Gaga’s conversation-starting performance at the Super Bowl last month, and has begun including same-sex couples in its engagement-themed advertising campaigns. (Tiffany’s recent “Legendary Style” advertising campaigns were overseen by Grace Coddington, former creative director of Vogue.)

One can expect Tiffany to proceed further in this contemporary-art-friendly direction: the company has hired former Coach impresario Reed Krakoff as its new chief artistic officer, installing a dedicated art patron and collector in the influential post.
Harold Mendez Whitney Biennial 2017