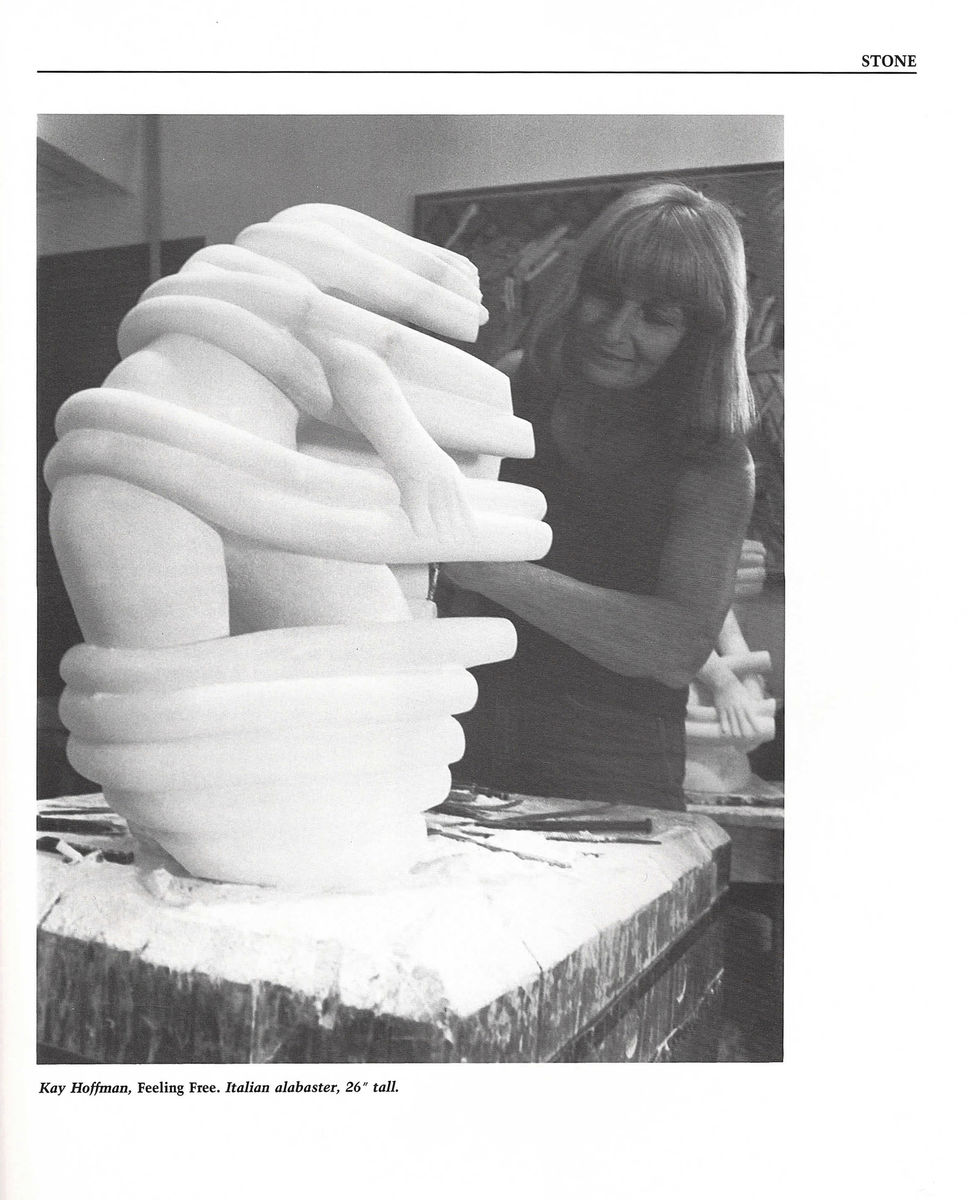 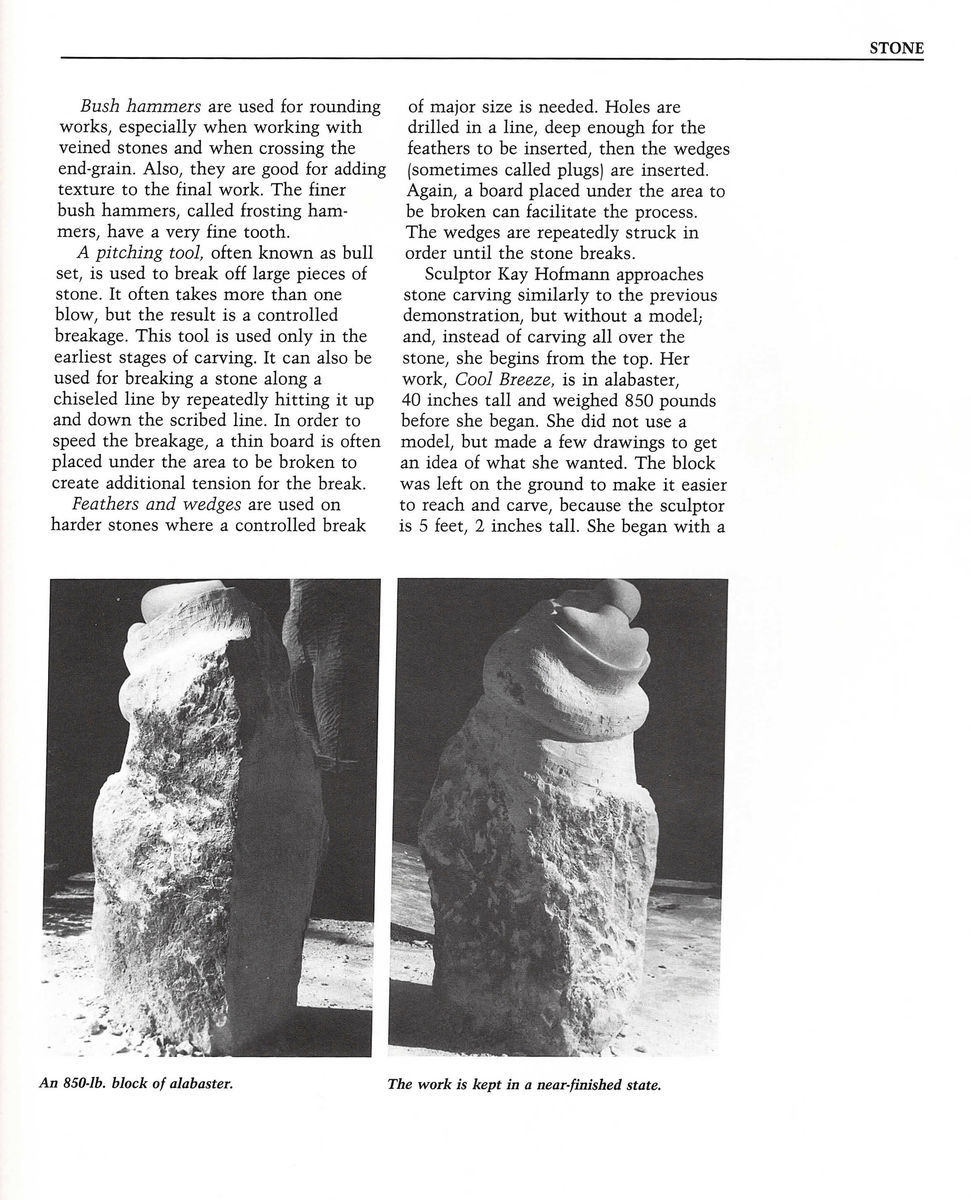 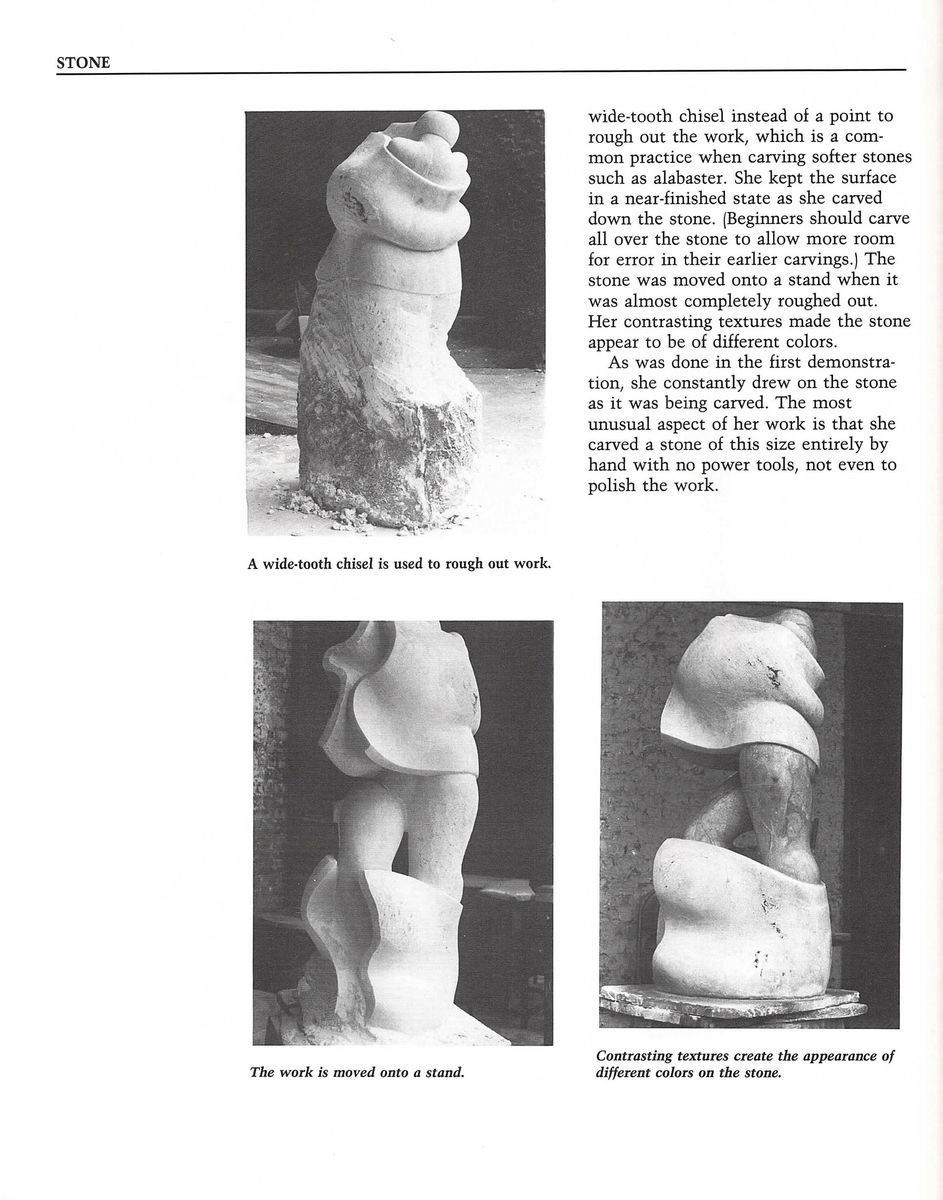 Bush hammers are used for rounding works, especially when working with veined stones and when crossing the end-grain. Also, they are good for adding texture to the final work. The finer wish hammers, called frosting hammers, have a very fine tooth.

A pitching tool, often known as bull set, is used to break off large pieces of stone. It often takes more than one blow, but the result is controlled breakage. This tool is used only in the earliest stages of carving. It can also be used for breaking a stone along a chiseled line by repeatedly hitting it up and down the scribed line. In order to speed up the breakage, a thin board is often placed under the area to create additional tension for the break.

Feathers and wedges are used on harder stones where a controlled break of a major size is needed. Holes are drilled in a line, deep enough for the feathers to be inserted, then the wedges (sometimes called plugs) are inserted. Again, a board is placed under the area to facilitate the process. The wedges are repeatedly struck in order until the stone breaks.

Sculpture Kay Hofmann approaches stove carving similarly to the previous demonstration, but without a model; and instead of carving all over the stone, she begins from the top. Her work, Cool Breeze, is in alabaster, 40 inches tall and weighed 850 pounds before she began. She did not use a model, but made a few drawings to get an idea of what she wanted. The block was left on the ground to make it easier to reach and carve, because the sculptor is 5 feet, 2 inches tall. She began with a wide-tooth chisel instead of a point to rough out the work, which is a common practice when carving softer stones such as alabaster. She kept the surface in a near-finished state as she carved down the stone. (Beginners should carve all over the stone to allow more room for error in their in their earlier carvings.) The stone was moved onto a stand when it was almost completely roughed out. Her contrasting textures made the stone appear to be of different colors.

As was done in the first demonstration, she constantly drew on the stone as it was being carved. The most unusual aspect of her work that she carved a stone of this size entirely by hand with no power tools, not even to polish the work. 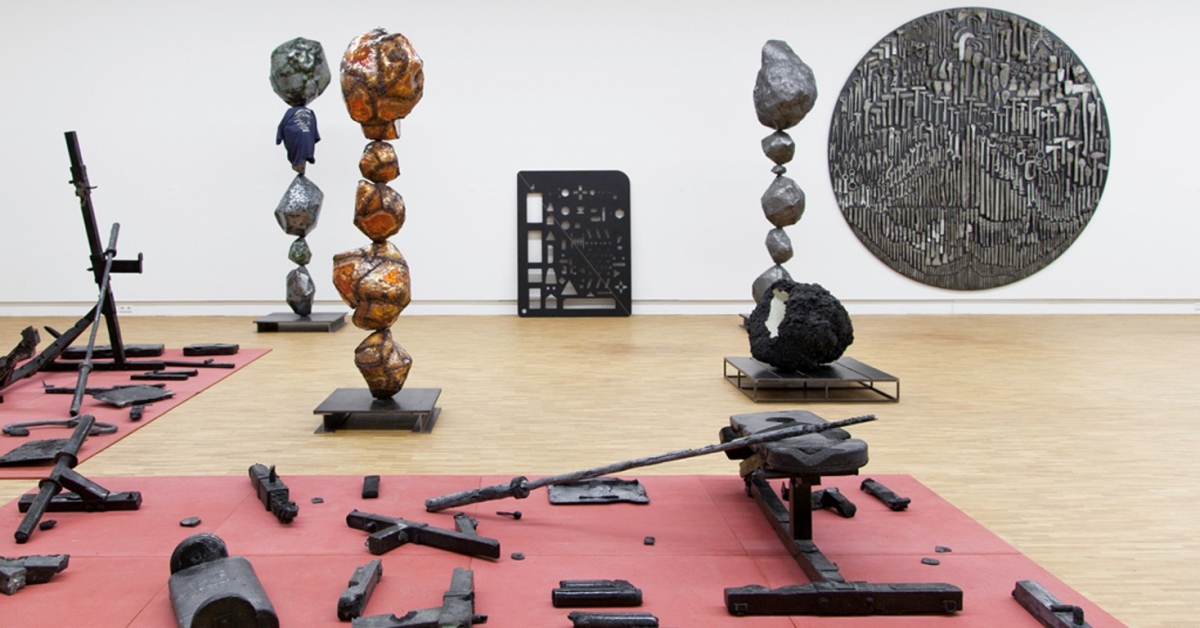 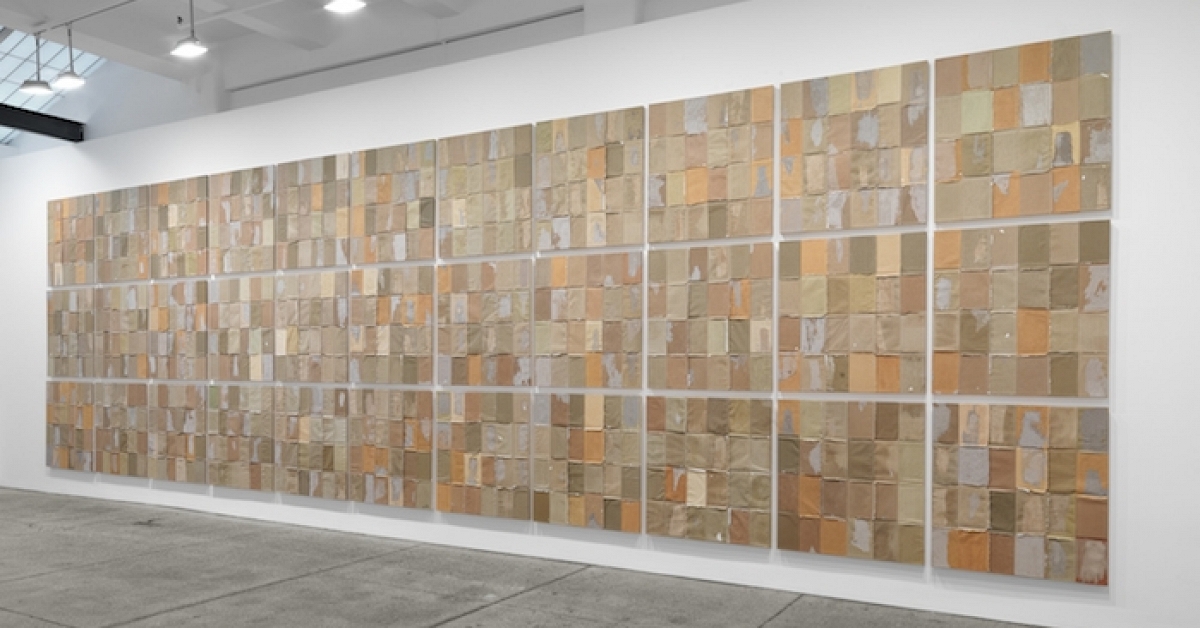