Fade to Brown: A Review of Myra Greene at Patron Gallery 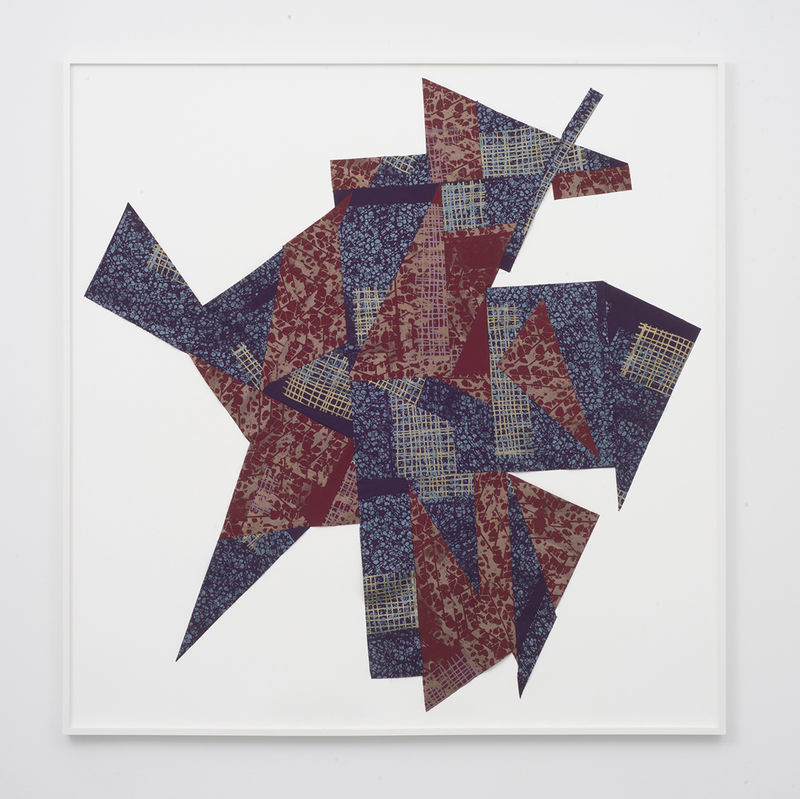 The artist presents us with the pairing of two bodies of work at the front gallery space; “Undertones” is a series of tactfully exhibited ambrotypes and “Mixed” is a series of hand-dyed cotton monochromatic, square compositions. In this space, all colors fade to brown.

Greene’s works grapple with problems of representation in society, as her work is deeply intertwined with her own subjective experiences of race, gender and identity. As an Indian daughter of a textile designer, I felt inclined to examine the mottled textures on the textiles more closely at first, only later realizing how ideas of color and surfaces, like skin, rest solely on social constructs. By dyeing the fabrics in tones and tints of blue, red and green, Greene draws out the inherent muddiness of raw, unbleached cotton. The hand of the artist is present in splicing and re-stitching bands, creating gradients ranging from deep earthy red to scarlet, and from light sky blue to the color of yellow earth. The compositions, like tonal variations in a song or the passage of time in a day, draws one’s mindfulness to the surface of cotton — where material meets the skin while the textures emerging from the fabric grow reminiscent of blood, sweat and tears.

I realized our brown skins had met before. 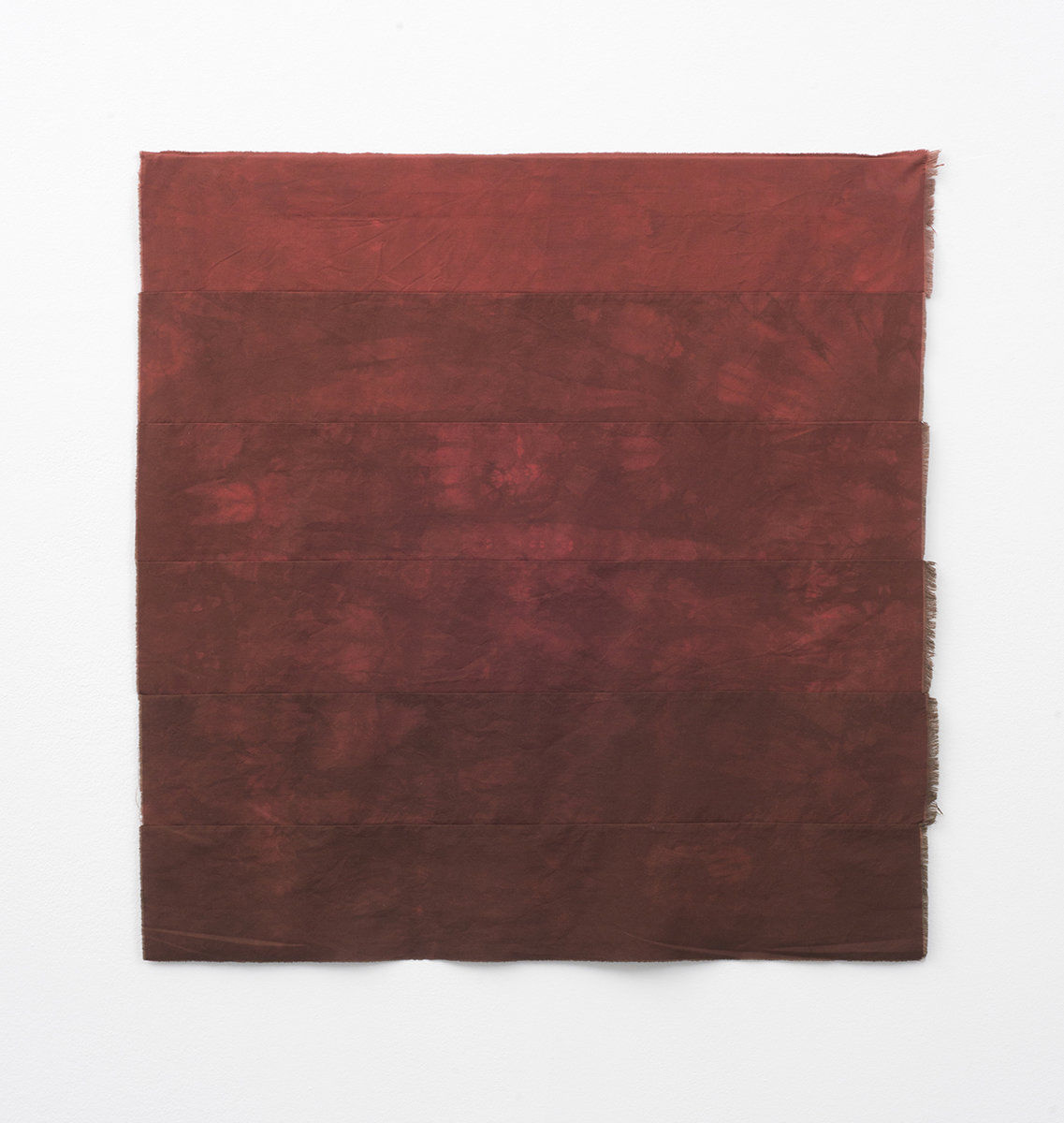 In the eighteenth century, the supply of slave labor from Africa was central to maintaining commodity production in order for Atlantic trade routes to flourish. It is believed that six-and-a-half million slaves were exported from Africa to the Americas on British and French ships. At the time, African brokers were unfulfilled by the quality of goods being bartered from Europe. For them, Indian cotton textiles were more valuable, compared to other traded goods. Indian cotton was preferred due to its affordability, quality and ability to take on bright colors that did not fade when exposed to extreme sunlight. In turn, imperial rule destroyed India’s handloom industry to later fund the industrialization of cotton industries. India’s share in the world economy fell from twenty-three percent to four percent from the eighteenth to the nineteenth century.

Addressing “Mixed,” a tender monochrome exchange soon turned into a harsh reevaluation of colonial trade routes, raw material and how the two defined the economic systems on which the slave world thrived. Embracing the notion of shared values and the shared fate of humanity, Greene persuasively shifted the way I saw myself, even if just for a moment.

Greene considers the center of her practice to be how our understanding of color is completely contingent on context: materially, culturally and historically. As an artist and gallery of stature, it is necessary to consider how status empowers those who have a platform to be heard. Greene switches from first person narrator, turning the camera on her own body to third-person subject, embracing the complexity of confronting viewers with their own attitudes towards the black body. Working in the nineteenth century photographic method of ambrotype photography, Greene produces images on stained glass in tones found in black skin: tones of violet, amber and green. The ambrotypes provide an orthodox interpretation of the slave narrative, posing a dilemma of the representation of multiple colonized subjects. Presented as ethnographic classification, the plates hold tight compositions of the artists’ nose, mouth, eyes and other characteristic racial features that reveal themselves only when the viewer moves around them to view them against the sunlight. There is a certain amount of intentional illegibility to the images, playing on the ideas of what has come to light and what remains in the shadows. By photographing her own features, Greene forces us to examine how the meanings of servitude and subjugation have shifted decades after the formal abolishment of slavery. Have they shifted at all? How do racially specific features renegotiate our relationships to history? 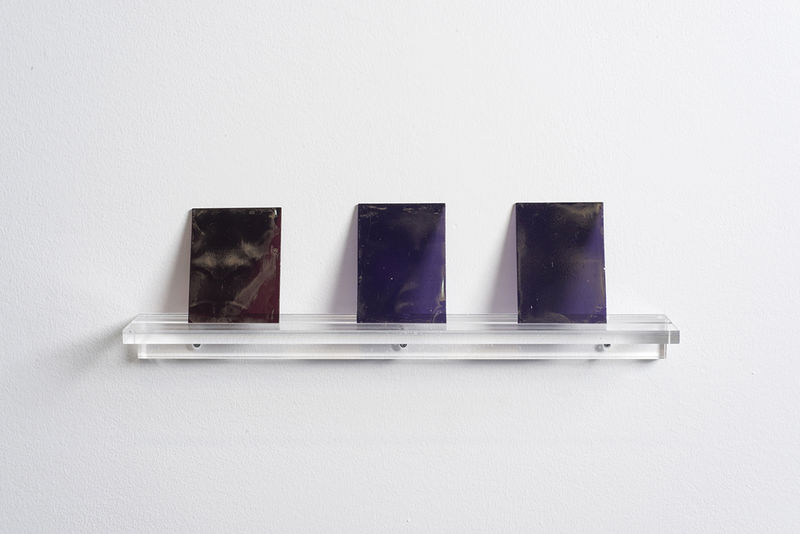 Greene presents “Piece #33,” an assemblage of hand-painted textiles in the rear gallery. The artist’s adept skills overwhelm the viewer with the precision of her hand and contrast of bright colors and brushstrokes, as she reassembles cut-out triangles in a composition as an ode to her family. The triangle takes on the representation of her relationship to her mother and sister, square-dancing across the surface to find their way back together in an assemblage at the center of the surface, reminiscent of a hand-painted quilt.

In the quiet pairing of photography and textiles, Greene tells a story filled with leitmotifs of autonomy, subjectivity and advocacy for human rights set against themes of power, conflict and politics. Here, the difference between racial identity and the surface of skin lies in equivalence to social constructs and biological DNA that makes us, characteristically, who we essentially are. (Pia Singh) 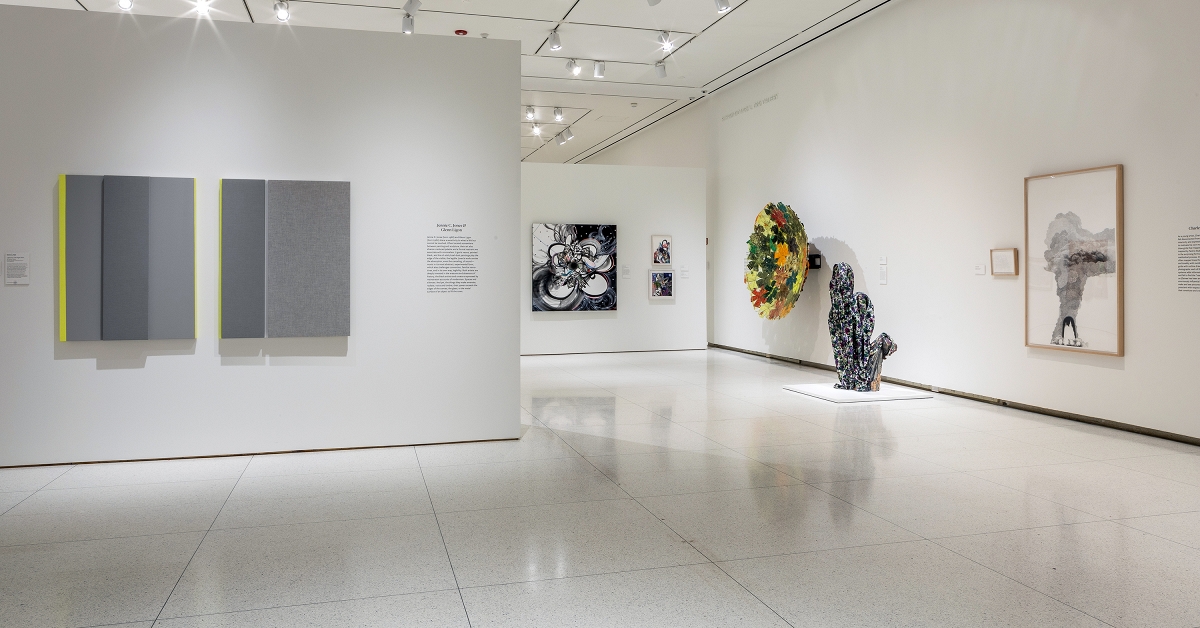 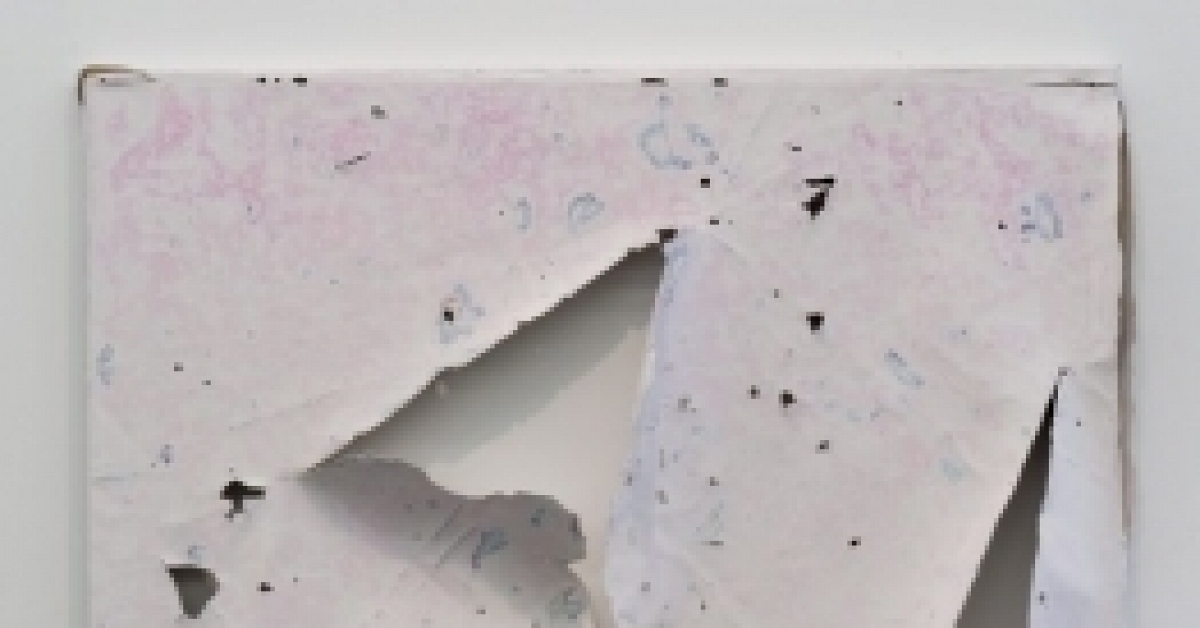