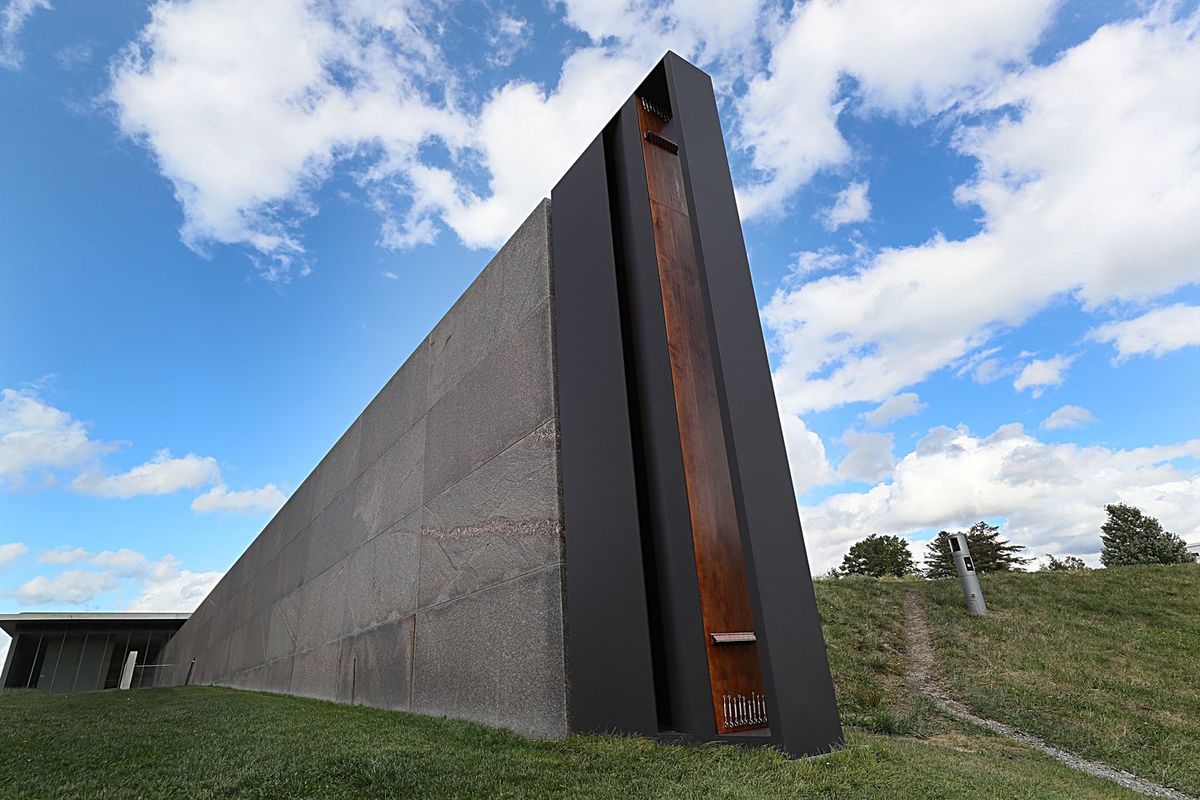 WILLIAMSTOWN — In a thicket of trees at the top of the Clark Art Institute’s idyllic 140 acres in the Berkshires, artist Kelly Akashi planned to install a distorting lens trained on an ancient elm tree that loomed over its forest cousins like a preternatural protector. In the spring, the tree cracked and fell, thundering to the ground in huge, heavy shards. Akashi installed her piece, “A Device to See the World Twice,” as planned, in exactly the same spot, where it now sits centered on the tree’s termite-gnawed trunk with broken body and limbs all around. It’s been that kind of year. 2020, I feel you.

The pandemic has exacted a toll on every one of us, from mundane daily inconvenience to the gut-wrenching loss of life in the hundreds of thousands. Compared to the legions of sick and dying, compared to the economic devastation and disruption of school, work, and play, the art world got off lucky. That doesn’t mean museums and galleries have been unscathed. Layoffs, many of them significant, were inarguably the worst of it. Shows have been postponed or canceled, exhibition schedules disrupted. But over the shutdowns, art institutions were also prohibited from the thing they do best, and just when it was needed most: Provide solace, refuge, time, and space to think and breathe.

At the Clark, “Ground/work,” a showcase of work by six women artists safely situated in the fresh airacross rolling acres of forest and field, wasn’t meant to be a pandemic antidote. Scheduled to open in late spring, multiple virus-related delays with fabricators and shippers pushed the show back, and then back again, to an opening date for this week. With autumn in rapid advance, another delay isn’t out of the question: High winds, rain, and an unruly landscape that comes with seasonal change (see: Akashi) may yet have surprises in store. Again, it’s that kind of year; as a summer of finding relief outdoors gives way to an anxious fall, we’re left wondering what waits in the months to come.

Even so, “Ground/work” is a reflective pause for troubled times. Curators Molly Epstein and Abigail Ross Goodman invited their half-dozen artists simply to respond — to the landscape, to the Clark, to the state of the world. Artists chose their own sites; there was no overarching thematic frame. That makes “Ground/work” less an exhibition than a collection of discrete experiences, often requiring a lung-cleansing hike in between (bring water, wear sturdy shoes). The curators rightly observe that “Ground/work” has landed, finally, in “a moment of dislocation, isolation and uncertainty.” That’s for sure. Whatever the works mean to address, they’re now squarely in the frame we all share — of an intractable crisis and a future foggier than it’s ever been.

Jennie C. Jones’s piece wasn’t made for this moment, though the moment amplifies it and makes it more profound. The work fastens to the pink-granite slab wall that borders the Clark’s reflecting pool, in the lap of a mountain that rises up and away to the west. It feels like an addendum, a “yes, but,” and I love everything about it. It’s seamless, fitted to the wall at exact height, made of steel and wood, a gesture that confronts, expands, extends. Jones spent months exploring the Clark’s largely historical collection, immersed in the selective history it tells. The purple-gray of its steel is extracted from the ruddy skies and sea from Winslow Homer’s “Eastern Point” and “West Point, Prout’s Neck” paintings, both Clark-owned icons. The cherry wood innards reference the trans-Atlantic trade that brought exotic hardwoods to these cold shores.

What else that trade brought, of course, were thousands of slaves over hundreds of years; Jones’s title — “These (Mournful) Shores” — offsets the often triumphal tale of colonization with one of dispossession, brutality, and perpetual grief. Stand close, and you’ll hear the mountain breeze shiver the piano strings inside into a chorus of lament. It is the echoing of ghosts, silenced for centuries. It will chill you to your bones.

I’ll just say it: Jones’s piece is a hard act to follow, with all its depth and urgency and grace fine-tuned for these times. (But let’s remember: Inadvertently well-timed though the work might be, it is not timely, the issues it addresses as old as colonialism itself.) It is also resolutely beautiful. “Ground/work” is scheduled to run for a year, but the Clark would do well to consider a more permanent arrangement.

Another work that begs to become a fixture is Analia Saban’s “Teaching a Cow How to Draw.” A variation on the necessary split-rail fence that keeps the resident cow herd in the pasture up and away from the museum’s reflecting pool, it feels like a fixture already. It was installed months ago, on the dumb luck that the fabricator was a fence-builder, and thus deemed an essential worker by the powers that be. There’s some absurd levity to the piece on the surface, but that’s just the bait for the hook: Each frame of the fence, one post to the next, is based on classical perspectival drawing instruction, the foundation of the many landscapes enshrined in the museum down the hill. In this time of questioning privilege, there are few privileges more rarefied, historically, than the study and practice of art. It makes a case for access and inclusion with good humor, an open appeal. Spanning the breadth of the pasture, it neither imposes nor vanishes. It feels right. Keep it.

Jones’s and Saban’s pieces are the only parts of “Ground/work” you can see from the museum itself. So put on those walking shoes; it’s a long and gentle climb to the top. (Remember, this being a pasture, keep an eye on the path for surprises you might need to scrape off your shoes.) Cresting the rise, past “Crystal,” the permanent sculpture/weather shelter/installation by Thomas Schutte, you’ll see the path wind through long grasses to a pair of forms in the distance. The approach is magnificent; the works, by Nairy Baghramian, are roughly cow-scale, but they’re dwarfed by the trees and hills and vast expanse of field. (On the day of my visit, a low ceiling of dark clouds brought a sense of drama to the scene, an imminent sense of threat.)

Baghramian’s forms are hand-hewn marble, one pink, one white; their hides are chiseled rough with pock marks, while sharp slices in the stone are polished to a glassy sheen. The pieces are connected by sleek chromium couplers that evoke bones, which I suppose, given the title “Knee & Elbow,” they are. They would be thoroughly abstract if not for this visceral evocation, words conjuring up muscle and joint from the stone. They heighten a glaring paradox between abstraction’s claims to purity of emotion and form beyond the physical; and how inevitably tethered it was to the physical world through gesture and material.

“Knee & Elbow” are haunting for another reason, like flesh broken and knitted back together. Maybe it’s just the times, but they made me think of Philip Guston, who some decades ago rejected abstraction — his bread and butter, ensconced as he was with Jackson Pollock at the top of the Abstract Expressionist pyramid —for the gruesome complications of the real world. Baghramian doesn’t opt out, as abstraction likes to do; if anything, she throws in, and damns empty gestures while she does.

Down the rise, you’ll see three slim translucent towers by Eva Lewitt. They’re the most purely formal of the group, and stick out a little because of it. If most works here turn up the heat on selective perceptions of history and culture, Lewitt cools it down. The red, orange, and blue of her three pieces echo the leaves and sky of their environment. They’re rigid and immutable, while the world around them is soft and fluid. They try hardest to blend in, not stand out. But they also feel a little like a throwback, to a time where moment mattered little, and form was all.

Here’s 2020 for you: Of the six artists, the last time I walked the grounds, one was still waiting to arrive. Haugue Yang made three works to be installed at intervals around the acreage, all of them off to the side and veiled by trees. She calls them, collectively, “Migratory DMZ Birds on Asymmetric Lens,” which sounds complicated because it is. Yang based the piece on the historic 2018 summit between North and South Korea in the demilitarized zone along their shared border. It took place in a cone of silence, leaving only the sound of birdsong in the diplomatic hinterland as talks took place.

Yang made resin casts of birds, sliced them horizontally, and then offset top and bottom to create empty vessels where the birds’ legs would be. With the works perched here, the emptiness will be filled with water, inviting local birds into communion with their daring DMZ brethren. I think the piece says something about nature intuiting what the human mindso often fails to grasp — especially now: That we’re more the same than different, and there’s always common ground. 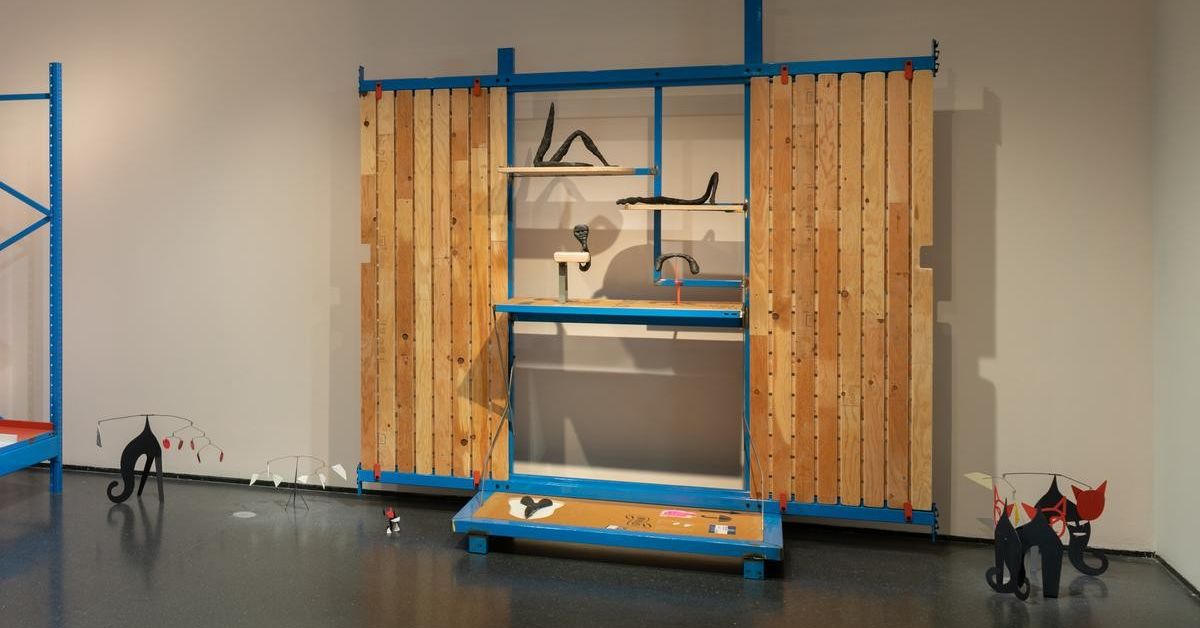 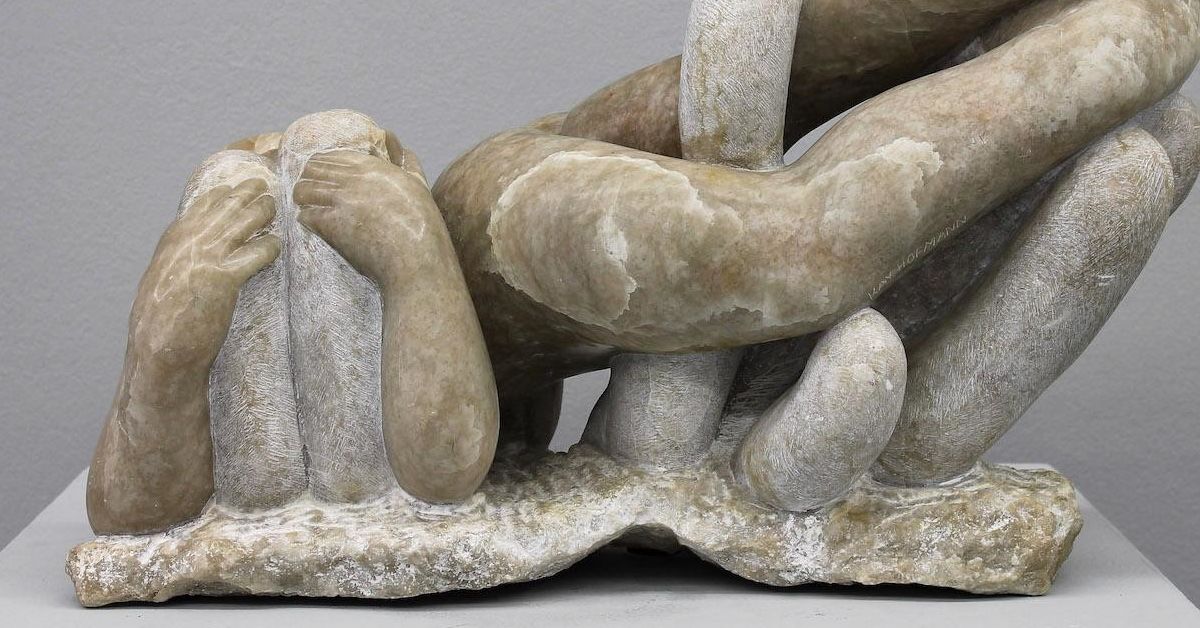 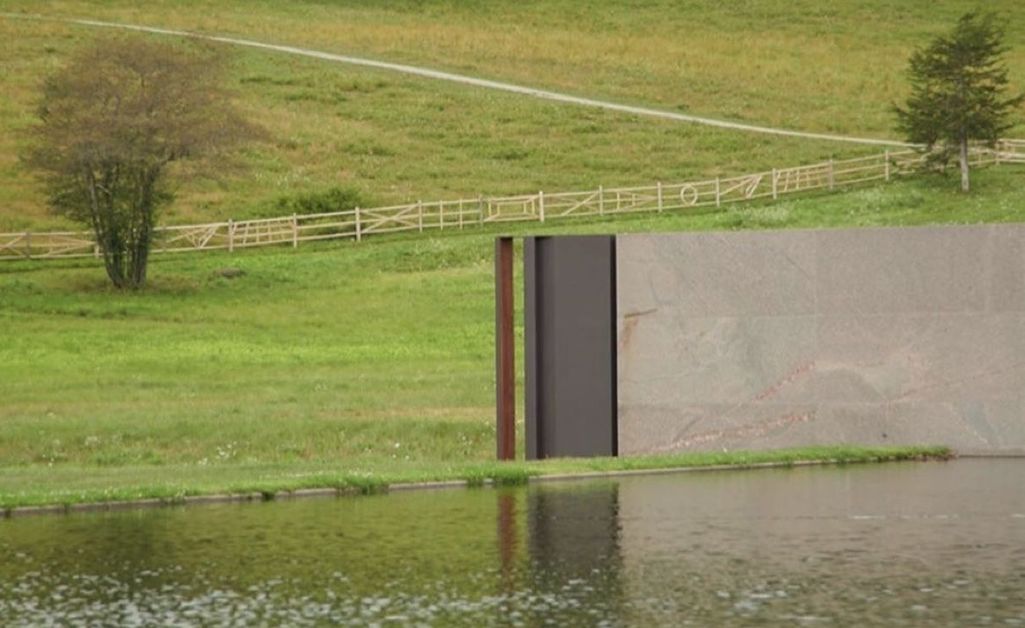