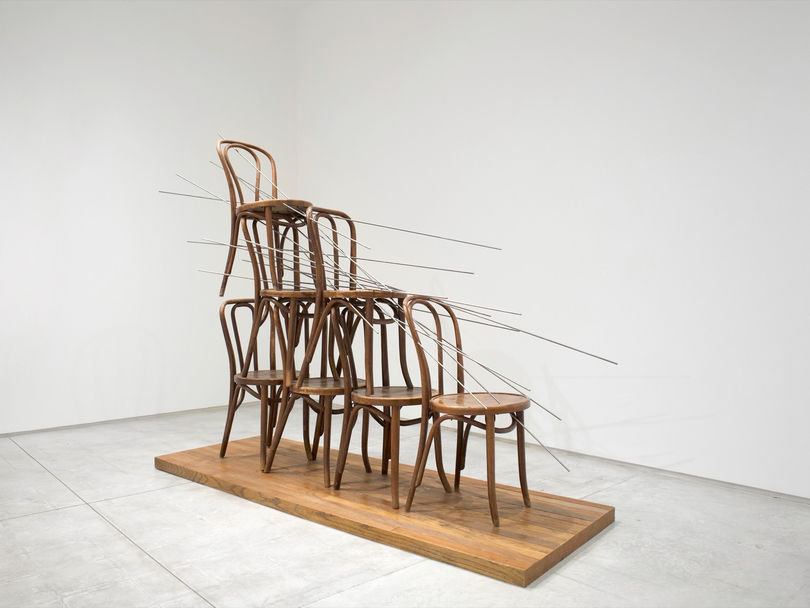 In 2018, Jamal Cyrus embarked on an ambitious research trip to a number of culturally hybrid locales across Africa, Europe, and the Americas. The visually compelling works he made upon return to Houston, presented in this exhibition, pack dense knots of referents to multiple generations and geographies of black history into spare, carefully altered objects and materials. Often structured by vectorial lines and flows, Cyrus’s sculptures and textile-based works elevate scavenged materials into provisional memorials to diasporic lineages. The textiles in particular compellingly weave together the histories he encountered during his research with touch points from twentieth-century black American politics, with the implication that these narratives bear lessons for today.

Among the standout works is Djeli Brown, 2019, a golden West African dashiki hung as if it were a painted canvas, whose composition Cyrus began by adding a ghostly yellow halo in the shape of ancient Mali. The garment’s crisscrossing black lines are more than mere decoration; they articulate the historical routes of traders and storytellers alongside those of funk legends James Brown and Bootsy Collins, who made their own pilgrimages to Africa in the early 1970s. Other works, built up from denim scraps, derive compelling abstract compositions from redacted and declassified FBI files pertaining to the black activists and intellectuals Richard Wright and Fannie Lou Hamer.

The devastatingly elegant sculpture Lights from the Garden, 2019, translates a trajectory of yet another kind: Stainless-steel rods map the flight of imagined ballistics and pierce a tower of bentwood chairs similar to those that occupied the Audubon Ballroom when Malcolm X was assassinated there in 1965. The pattern of the stacked seats nods to a mosque’s pulpit. Nothing in Cyrus’s work is arbitrary. 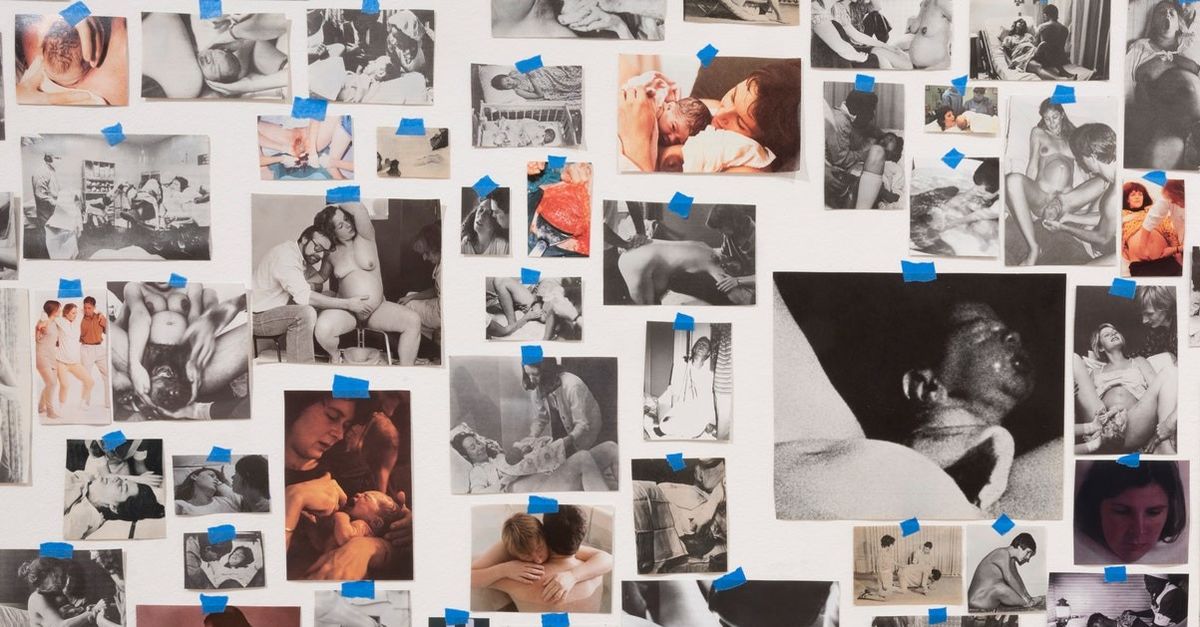 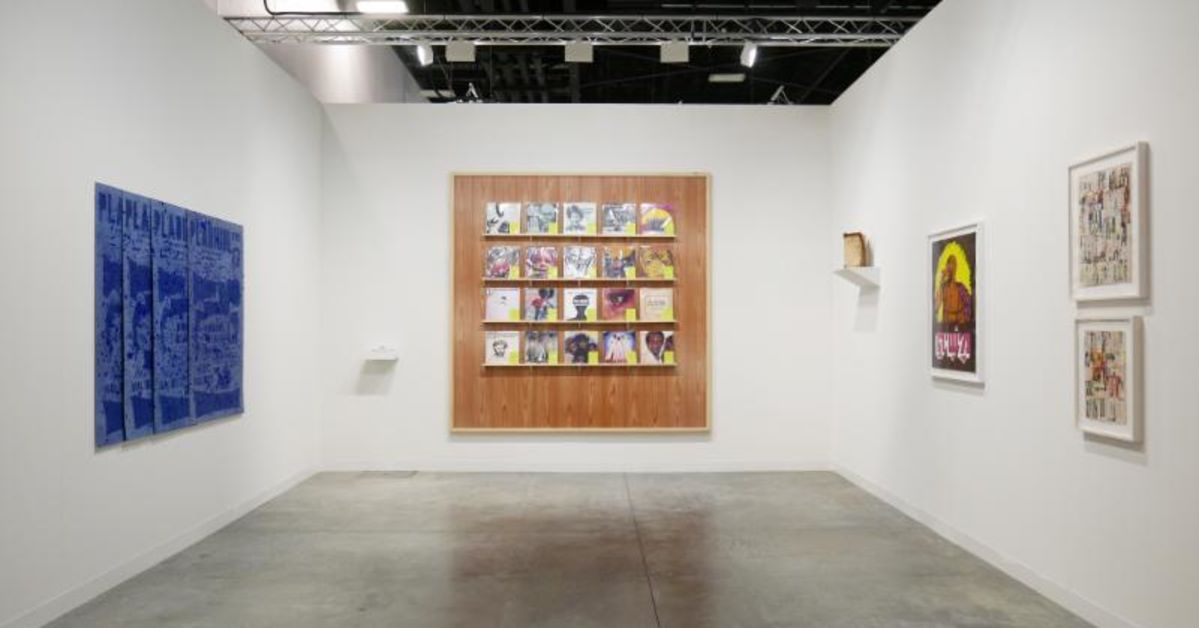 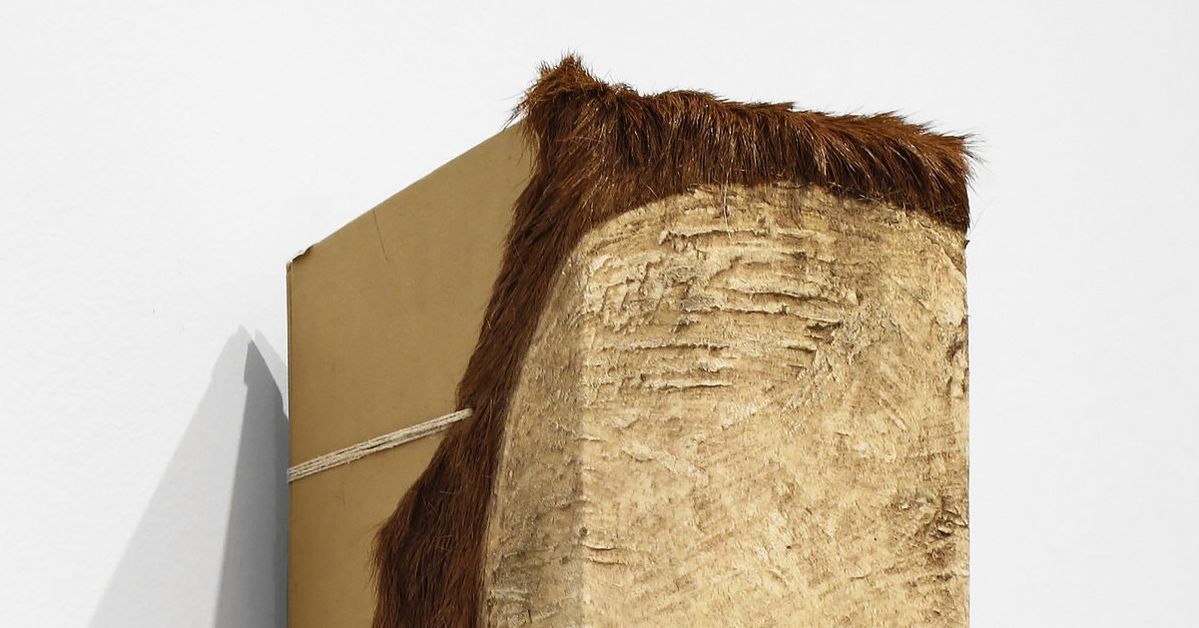