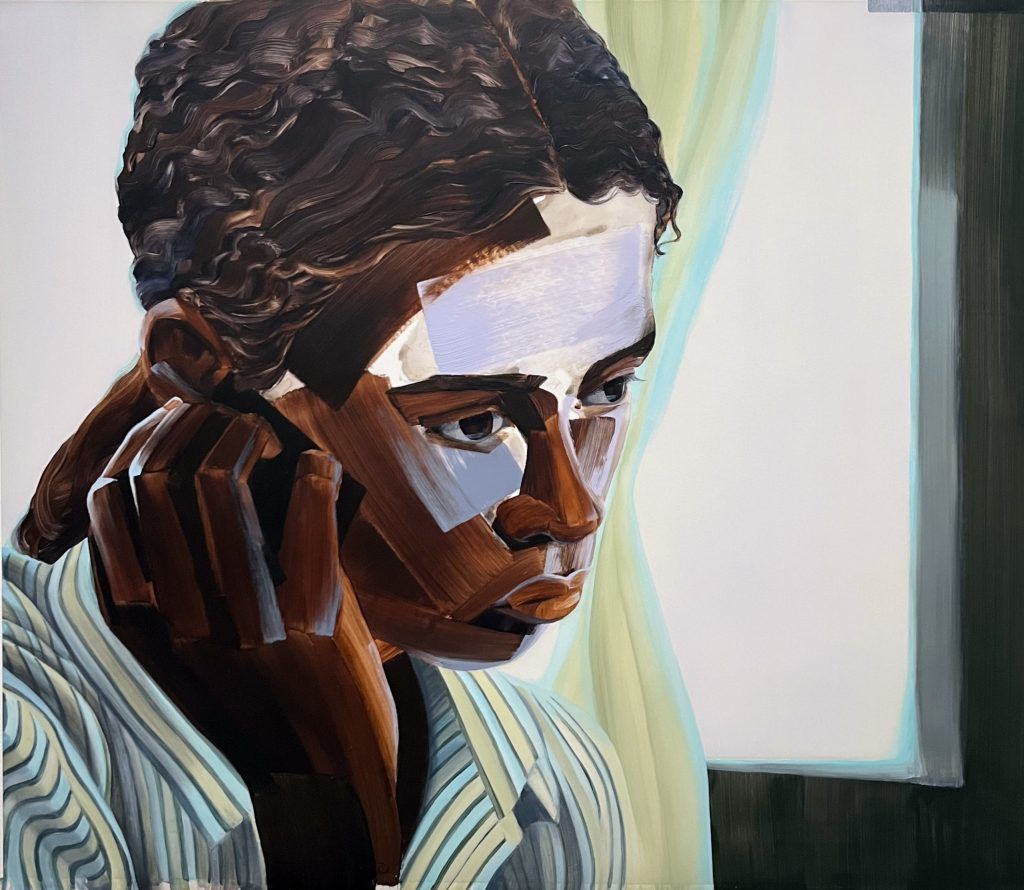 Los Angeles artistGreg Breda is renowned for his masterful portraits depicting revelatory moments for African American characters in films spanning the mid-1960s to modern day. Using lush brushstrokes, a soft palette, and a play on light, his emotional compositions portray scenes of self-reflection.

Currently on show at Patron Gallery in Chicago, the seven paintings reference a specific film, including The Landlord of 1970, a story that focuses on a young entrepreneur, played by Beau Bridges, who acquires a building in East Harlem where a one-night stand with a married tenant, played by Diana Sands, leads to an unplanned pregnancy. For his artwork, Greg chose a scene from the ï¬lm where Sands’ character is visibly pregnant, standing by a window gazing directly at the viewer with a face full of complex emotions.

The work’s title ‘Miss Sepia 1957’ references a moment in the ï¬lm when Sands’ character shares with the landlord that she had a more promising youth as a beauty contestant winner. “It is a vulnerable and intimate scene in her character development – a ‘what could have been’ moment – which only leads to further heartbreak from her inï¬delity,” says the Gallery. And with thick brushstrokes of contrasting white and grey representing light dappled on the character’s face, Greg paints an almost ethereal figure for his portrait. 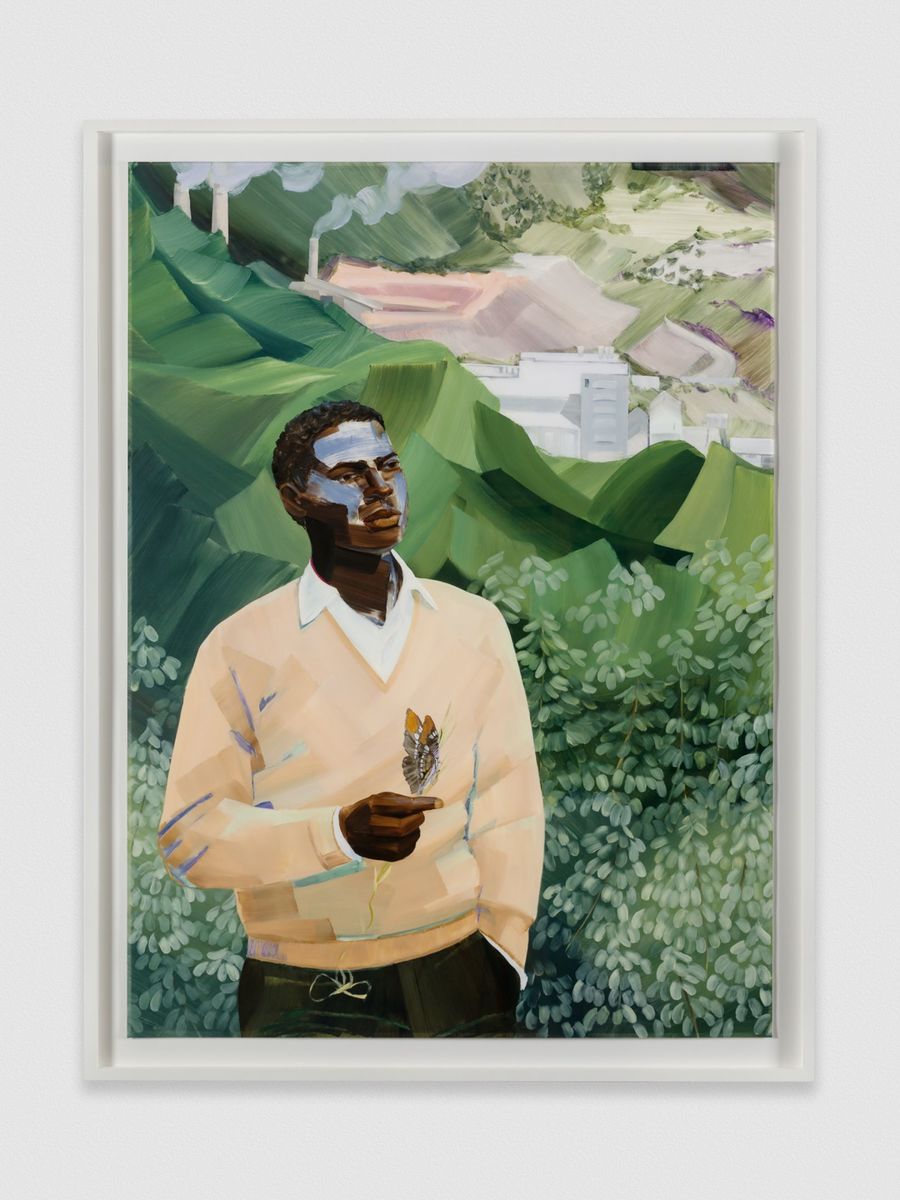 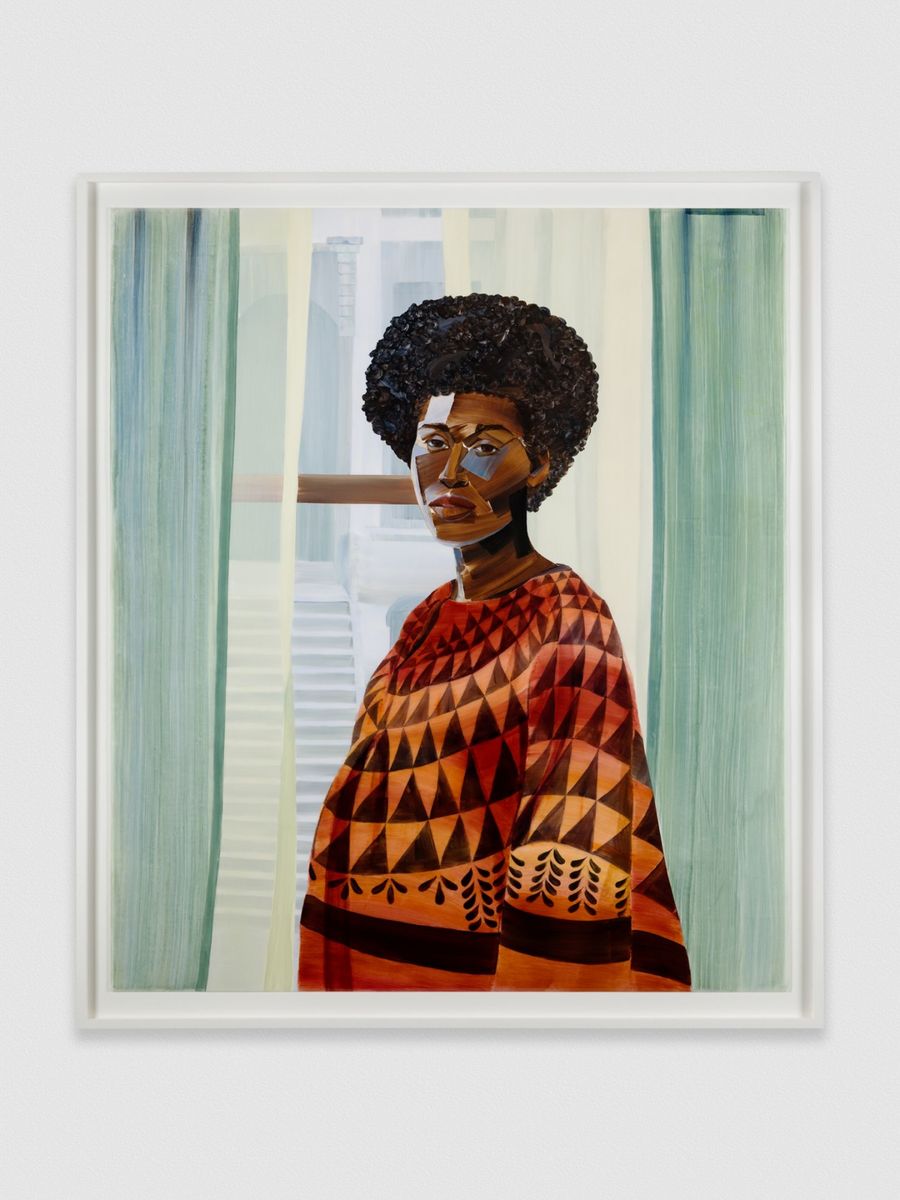 In ‘You’ll Be Ok’, Greg portrays a young man with his eyes closed and his hands over his ears. Replete with the artist’s characteristic application of paint, the ï¬gure hums with self-reï¬‚ection. The piece is based on the ï¬lm Feeling Through (2019), focused on a chance encounter between a teen boy in need and an older deaf-blind man. The scene depicted is a time when the boy tries to imagine what his deaf-blind friend must feel living in our world. It expresses a tender gesture of empathy.

Elsewhere, two of the seven paintings are based on the 1973 romantic drama, ‘A Warm December’, starring the late great Sidney Poitier who plays a doctor that falls in love with a woman who has Sickle-cell disease. At the end of the ï¬lm, she makes the diï¬ƒcult decision not to marry Poitier’s character to spare him and his daughter the grief of her inevitable death. Breda beautifully renders individual portraits of the couple in the works: This is Where it is at (2021) and It’s December for Me (2021).

Although all of these moments are tender, often sorrowful, Greg’s paintings are joyful in celebrating those who show great resilience in the face of grief. Ultimately, the artist hopes to capture the emotional complexity of each character, given the decisions they must face. It could be supposed that within each work, we’re invited to imagine each figure’s internal monologue. Even perhaps bring our own emotions into the equation, as we often do when confronted with such emotionally-charged portraits. 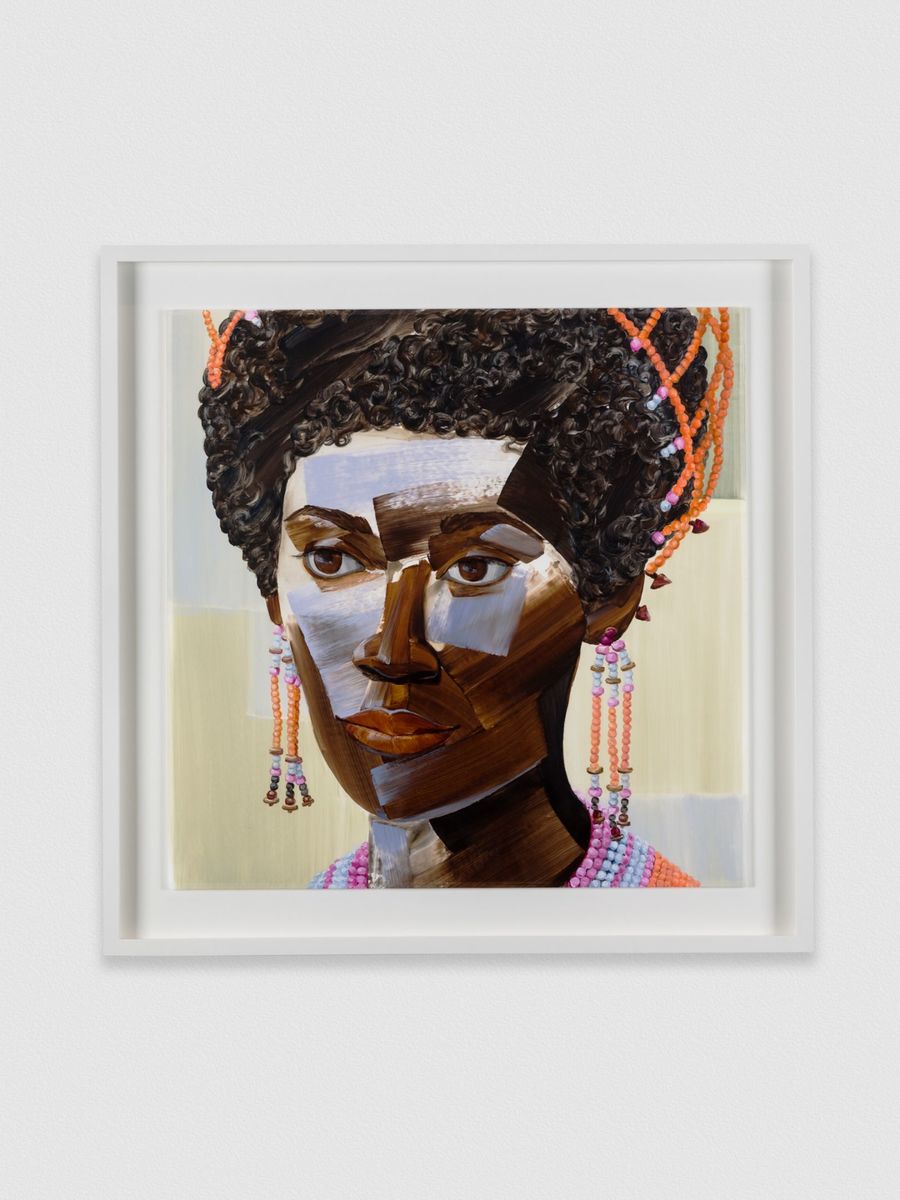 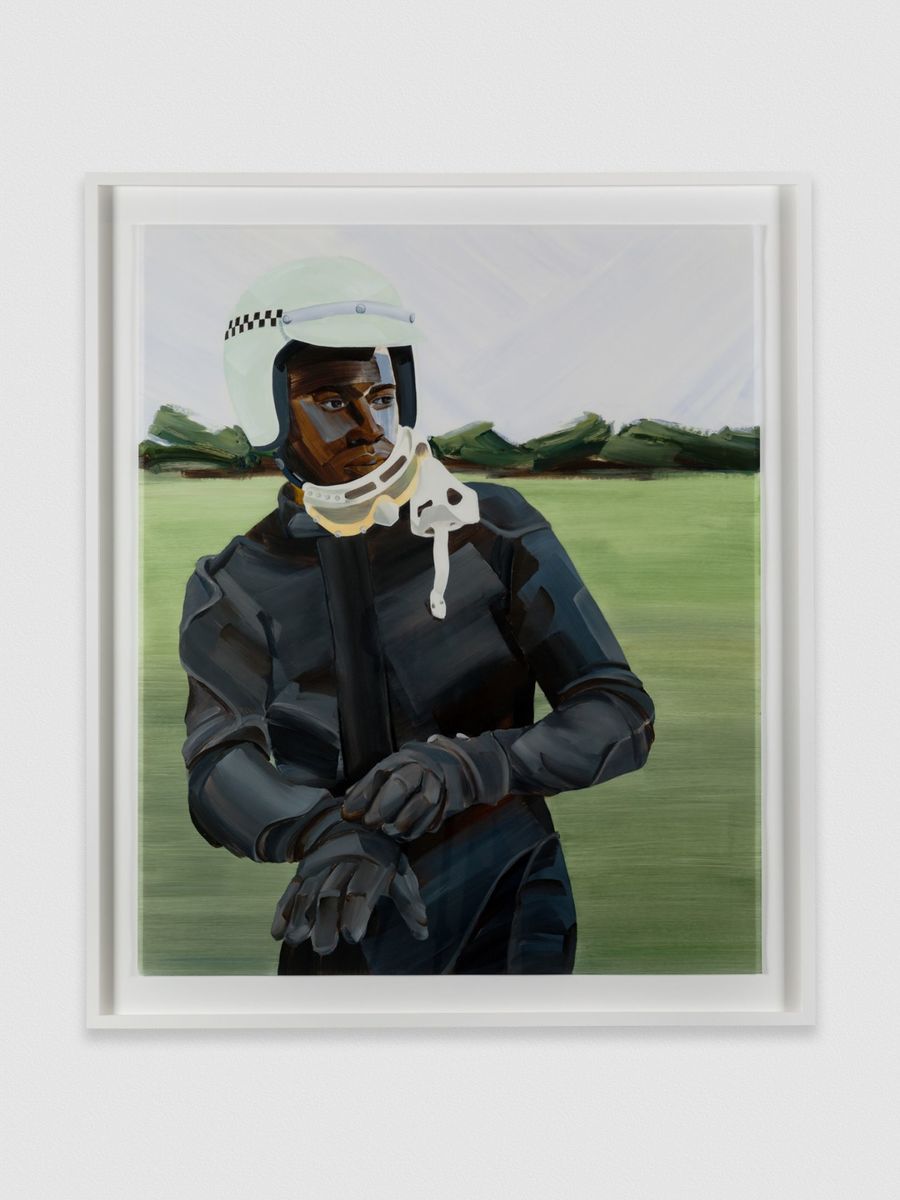 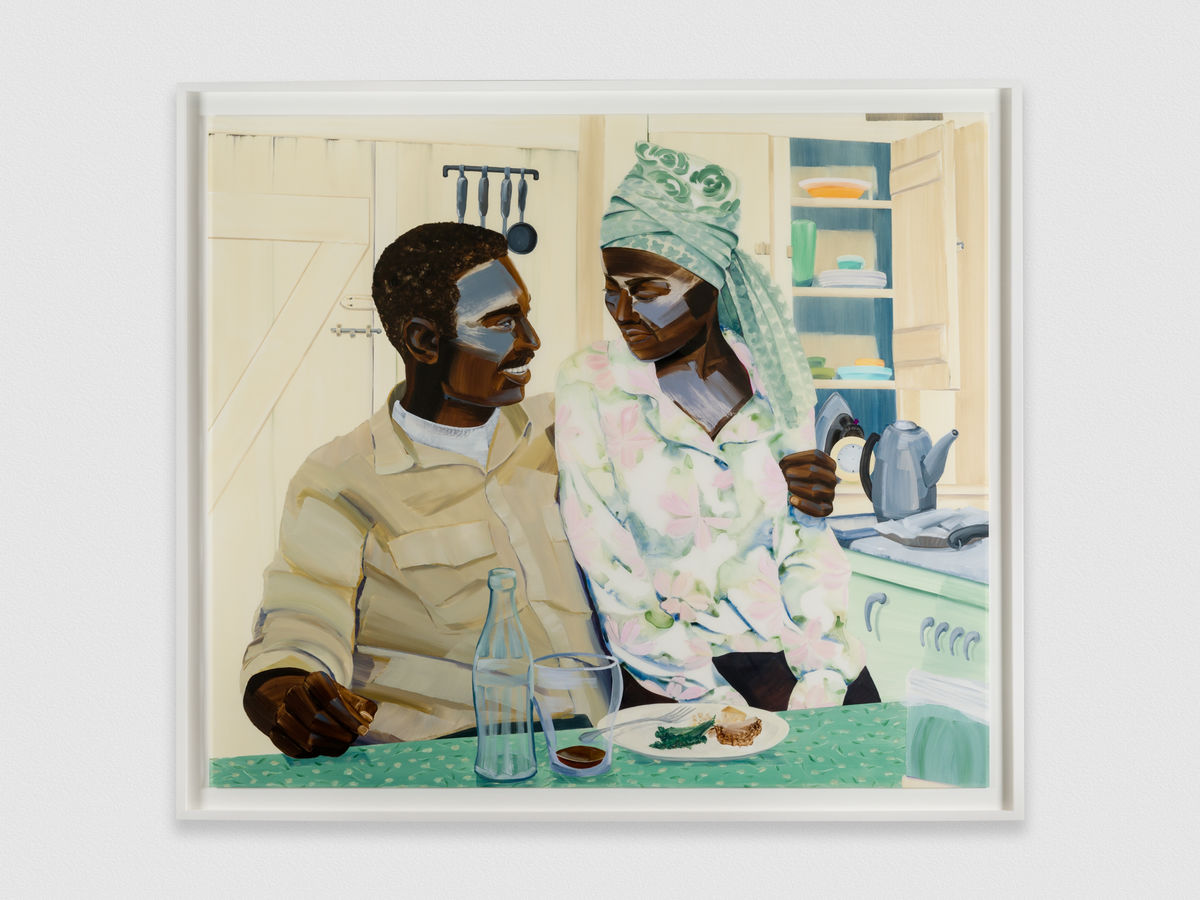 A California native, Greg Breda is a self-taught contemporary visual artist who lives and works in Los Angeles. Painting with acrylic paint on canvas, mylar and paper, his work explores the strength, resilience and beauty of the human spirit.

Sourcing media, memory, spiritual identity, and his imagination, Greg constructs a realistic central theme against minimal and abstracted backgrounds, persuading us, the viewer, that “the compelling conditions surrounding us could merely be challenging illusions”. Through his work, Greg hopes we will feel “elevated, illuminated, and expansive”. You can discover more at gregbreda.com.
Greg Breda Still

Design Dispatch: Artful protest at the Guggenheim Bilbao, Erewhon’s organic clothing, and why Spotify Wrapped is a design disaster.