On view in Philadelphia through July 16, the project considers the intersections of image making, domestic violence, and the feminist movement. 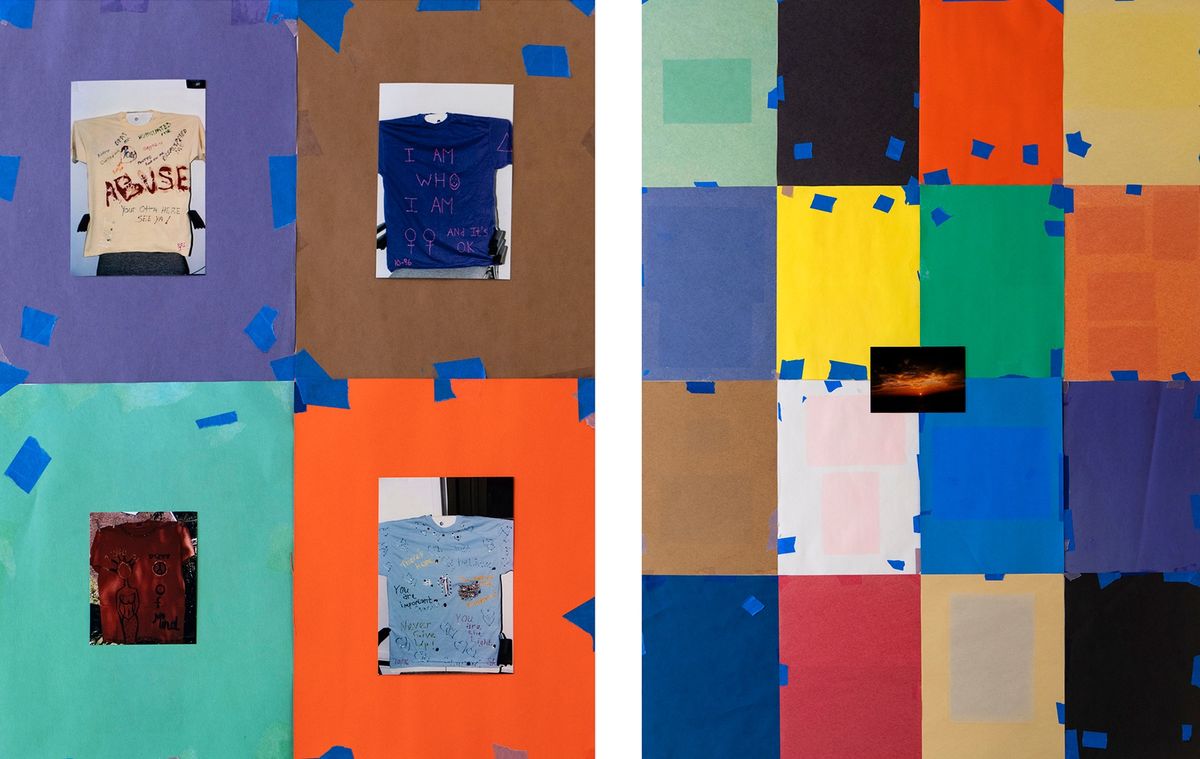 Left: Carmen Winant, “Violence is one of the ways that men have learned to cope with stress” (2022) | Right: Carmen Winant, “Women’s blueprint for survival (2)” (2022) (image courtesy the artist, commissioned by the Print Center)

The Print Center, Philadelphia, presents A Brand New End: Survival and Its Pictures, an exhibition of new work by Carmen Winant. Through an expansive consideration of image making, domestic violence, and the feminist movement, the artist explores how women are supported in achieving personal agency. Developed by Winant through intensive research — a hallmark of her category-defying practice — this unique collaboration between an artist and social services organizations probes the problems and possibilities of picturing domestic violence.

Winant’s work illuminates the often-invisible experiences of women as well as feminist strategies for survival, revolt, and self-determination. It aims to highlight the power of photography and print in representing how women view themselves and how the medium can serve as a tool in the struggle for individual autonomy and self-representation.

The project incorporates historical and contemporary representations of oppression, liberation, and self-expression drawn from the archives of Women In Transition(WIT) and the National Coalition Against Domestic Violence (NCADV). Winant has translated, reproduced, and re-contextualized imagery from the two archives to make new artworks — including several large-scale collages — for The Print Center’s galleries. Artist interventions unfold in numerous public transit shelters around the city. A film accompanying the exhibition captures Winant’s process and the execution of the project, while a forthcoming artist book intends to build on the legacy of feminist publications and printed materials as vehicles for the expeditious, accessible dissemination of information.