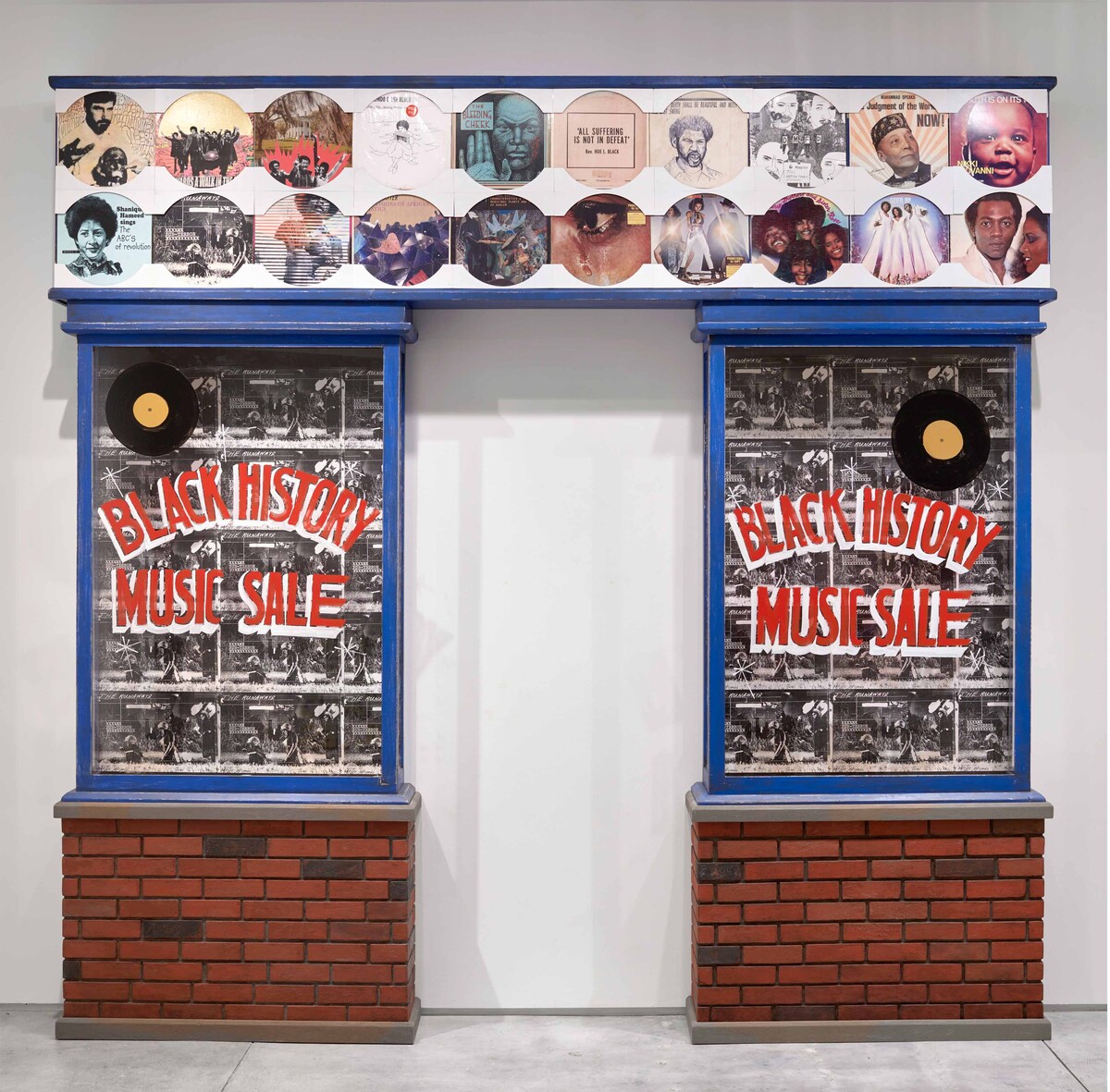 The Mississippi Museum of Art (MMA) presents Jamal Cyrus: The End of My Beginning, the first museum survey of celebrated Houston-born artist Jamal Cyrus (b.1973). On view from October 29, 2022 – March 3, 2023, the exhibition spans 15 formative years of Cyrus’s multidisciplinary practice from 2005 to 2020, assembling over 50 artworks including drawings, prints, paintings, works on both paper and papyrus, as well as sculpture, textiles, installation, and performance. MMA is the final venue of the exhibition tour. It was previously on view at the Blaffer Art Museum in Houston (the exhibition organizer) and the Institute of Contemporary Art, Los Angeles.

Cyrus simultaneously excavates and imagines moments in African American history in the United States and beyond, tracing movement within the African Diaspora as well as flashpoints in civil rights, popular culture, and the performance of Black political movements. He does so in an aesthetic language that marries an enduring interest in music and record shops with an expansive array of materials and their evolving cultural contexts. From drum kits, vinyl, and conch shells to muslin, wax, papyrus, denim, and kente cloth, Cyrus forges vexing contemporary artifacts that commemorate and question iconic figures and events. The ensuing objects, installations, and actions cobble a patchwork lineage where the cumulative silences, edits, redactions, assassinations, and omissions become hauntingly and urgently present.
Cyrus’s makeshift tapestry of people, politics, and place has grown increasingly global. He is especially interested in the post-colonial legacy of “The New World” and the creolization, hybridity, and amalgamations it spawned between Africa, the Caribbean, and the American South to reveal a physical chronicle of histories lost and found.

Notable works in the exhibition include:

Piece of the Sargasso Sea (2009)
The Sargasso Sea, a fabled body of water within the Atlantic Ocean, carried many ships between the sixteenth and nineteenth centuries as part of the transatlantic slave trade. Cyrus’s sculpture presents a modified hi-hat cymbal on a triangular base painted with a pattern reflecting the currents and ship routes of the titular Sea. A chunk of “brain corral” replaces the top cymbal, set on a triangle of sargassum—a type of seaweed that floats on the ocean surface—which, to Cyrus, resembles densely coiled, natural Black hair when fully dried. The work thus positions the exchange of the slave trade as the birthplace of African-American music, religion, and colonial consciousness in the Black diaspora.

Pride Frieze—Jerry White’s Record Shop, Central Avenue, Los Angeles (2005-2017)
The multi-media installation recreates a Los Angeles storefront Cyrus saw in a book about Texas blues music. The frieze at the top of the brick-and-glass structure features altered vinyl record covers. The storefront’s glass advertises a “Black History Music Sale.” Cyrus probes the way stories have been told in and through music associated with Black culture. Since 2005, the artist has produced three installations (included in this exhibition) chronicling the semi-fictional tale of the rise and fall of Pride Records, an upstart studio label founded in the wake of the 1967 Detroit Rebellion to amplify and advance civil rights and Black pride. Based on histories of the Black Power movement and an actual pop label named “Pride,” Cyrus outlines how the initial success of Pride Records to reach an urban population led to FBI monitoring, economic pressures, reduced distribution, and a pronounced shift in tenor from politically charged soul to diluted, sugary disco.

The End of My Beginning (2005)
The installation features thick mounds and rolling waves of bristly black hair that blanket an otherwise genteel suburban setting in this sculpture maquette. Small trainset figurines and a white clapboard house are enveloped in a blizzard resembling an Afro. Cyrus employs what he considers an eminently “Black” material to suggest—and arguably announce—the arrival of a new dawn.

Lights from the Garden (2019)
The sculpture features a stack of seven chairs like those on the stage where Malcolm X was assassinated in 1965 by rivals within the Nation of Islam at the Audubon Ballroom in New York. The shape of the formation also references the minbar or pulpit from mosque architecture where an imam stands to deliver sermons. The piercing of this stepped altar by fourteen stainless-steel rods (known in forensic science as “trajectory rods”) references the fourteen times Malcolm X was shot, as well as the ambivalent nature of his influence, with themes of unification, congregation, and order simultaneously erected and perforated here.

Ryan N. Dennis (she/her), MMA Chief Curator and Artistic Director of the Museum’s Center for Art & Public Exchange, said, “Jamal Cyrus’s expansive and multi-faceted practice invites us to explore African American identity within the contexts of historical eras and events, Black political movements, and the African diaspora. In addition to showcasing aspects of the artist’s singular aesthetic, The End of My Beginning also creates a poignant dialogue with our ongoing exhibition New Symphony of Time drawn from the permanent collection.”

The exhibition will be accompanied by a roster of public programs. For more information, visit msmuseumart.org.
Jamal Cyrus The End of My Beginning

An Oral History with Nyeema Morgan