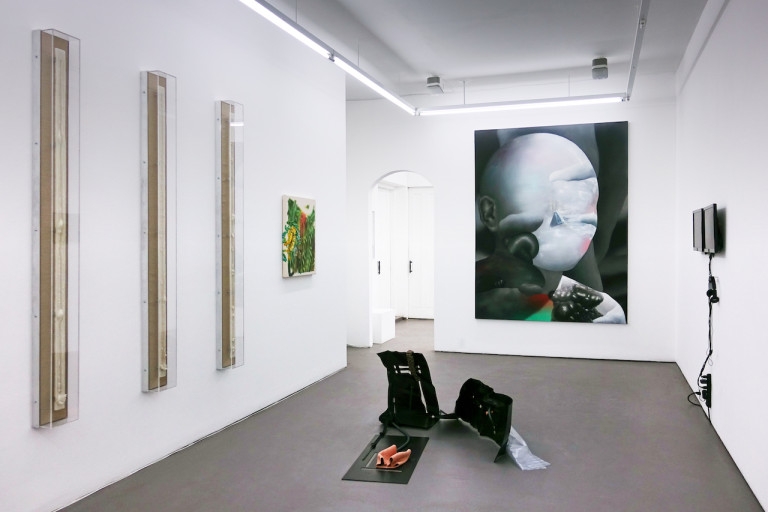 Upon entering the Bed Stuy-based gallery American Medium — which sits just off Nostrand Avenue as a peculiar, fluorescent-lit dot in a sea of brownstones and Jamaican digs — one finds oneself confronted with the reverberating sounds of Adam Basanta’s sculpture “A Line Listening.”

Arranged as a series of speaker cones, laid out on the floor in the shape of a spire with a microphone hanging above, the work creates a feedback loop that incorporates both the varying timbre of each speaker and the acoustics of the room. The result is a dizzying confusion of cause and effect as the self-perpetuating system finds sonic equilibrium, each noise in the room funneling back into the loop to be played back ad infinitum.

The exhibit, Real Things About Real Things, curated by co-director Daniel Wallace, was born out of a conversation he had with artist Colin Self about the immersive worlds created through opera and their parallels with our current digital age. For the show, Wallace sought out artists whose works engage with digitally generated objects and augmented worlds, exploring the potential for the virtual to extend beyond what’s normally seen as physically possible. 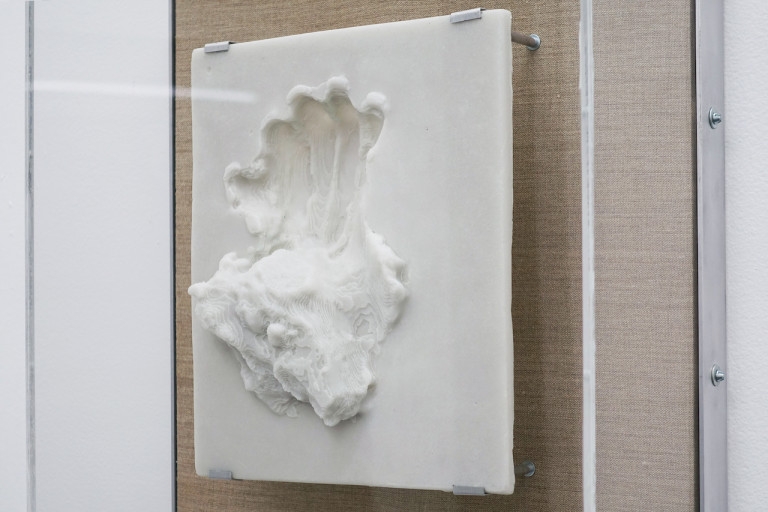 While the show continues American Medium’s legacy of championing artists deemed as “internet-aware” (their first show was a presentation of Jon Rafman’s translation of his series Brand New Paint Job into sculpture), Real Things About Real Things takes a turn in tackling the ecological writings of philosopher Timothy Morton.

Coining the term “hyperobject” to describe massive entities, systems, and phenomena that are so widely distributed, or have existed for such a long time, that we cannot perceive them in their entirety (think global warming or capitalism), Morton claims that we have entered an age in which we are increasingly aware of our inextricability from the so-called “natural world.”

In contrast to postmodernism’s obsessive meta-speak, which positions humans (with our unique capacity for abstract thought and analysis) as existing somehow beyond or distinct from our surrounding environment and world, Morton believes that in the age of hyperobjects we are forced to confront the reality that we are deeply entangled with, and even compose, systems that extend thousands of years beyond a single human life and that span trans-continental spaces.

In recognizing our complicity in such systems, we are no longer able to extract ourselves from the increasingly obvious presence of phenomena such as global warming. Morton asserts that the age of hyperobjects warrants a new understanding of humanity that recognizes the ways in which we affect and are affected by all that surround us.

Basanta’s sound sculpture directly implicates us in such a system, as upon contemplation we come to recognize that our very presence in the room alters the work’s composition, not only in the noises we introduce to the gallery, but in the ways in which the work’s sound waves resonate throughout our bodies to alter the timbre of the space itself.

The experience is not unlike that which is depicted in Jordan Kasey’s painting hanging at the other end of the gallery. A towering eight feet tall, the portrait threatens to dissolve into an abstract landscape. Its alien sitter’s face swirls with tendrils of mist, only held together by a crooked knob of a nose, which casts a shadow across an otherwise blank visage.

The painting has an uncanniness that appears in many of the works in the show. To the left of Kasey’s painting is another by Rachel Rossin. What appears at first to be a beautiful abstraction, painted first with an airbrush and then overlaid with thick gestural oils, is in fact an observational painting made in virtual reality.

Often employing three-dimensional infrared scans of still lifes in her studio, Rossin uploads the data to create corresponding virtual spaces on her computer. She then incorporates algorithms that apply impossible properties to the space, such as colors being assigned varying levels of gravity, to create distortions that make the room difficult to comprehend. From within this otherworldly space Rossin makes observational paintings en plein air, resulting in works that appear atemporal and disjointed, as if seen from another dimension. By toying with traditional distinctions made between background and foreground, subject and object, both Rossin and Kasey’s paintings portray a world in which forms are porous and fluid.

Further along the same wall is a series of sculptures by Daniel G. Baird made from cast marble dust. The tactile works appear to be the simple result of a finger dragged through clay, and while this gesture was the starting point of the work, upon closer inspection it becomes clear that the amount of displaced clay gathered around the edges doesn’t match the voids left behind.

The immediacy of the marks obfuscates the works’ complex process of 3D scanning, digital manipulation, printing, and casting. The ostensibly impossible nature of the resulting objects point to Timothy Morton’s statement that in our current age “objects seem to contain more than themselves.”

Perhaps this notion is found most readily in the sculpture splayed across the gallery’s floor. Managing to make work that is simultaneously conceptual and profoundly material, Alisa Baremboym creates forms that respond to their materials’ haptic qualities. Here, she entangles limp folds of ceramic with vinyl tubing and constrains crumpled steel between straps.

Despite the aesthetic nature of her compositions, Baremboym chooses her materials for their conceptual connotations. Understanding ceramics as at the origins of art making, petroleum as quite literally millions of years in the making, and steel as the most recycled material on earth, her works engage with the vast time scales held latently within raw material.

A post-apocalyptic, dysfunctional machine, her sculpture conjures both associations of her materials’ use values and something more primordial. In the end, the piece has a Beuysian kind of mysticism, only the materials gain their resonance through their circulation in our capitalistic age

Real Things About Real Things is a show about contemporaneity. While postmodernism posited that everything is a metaphor, the works in the show instead challenge us to consider the reality of seemingly impossible objects or situations.

My favorite moment is the two-channel video “Reifying Desire 4” by Jacolby Satterwhite. Filming himself voguing outside a Gucci store wearing outfits designed by his schizophrenic mother, Satterwhite occupies the gap his queerness creates between himself and conventional society. Animating the videos to create 3D-modeled versions of his mother’s drawings, computer-generated figures, and augmented limbs, the videos reveal the artist’s subconscious thoughts and desires that he’s otherwise required to contain.

The video, like many of the works in the show, suggests that there is more at play than the eye can see. Through processes of digital augmentation and manipulation, American Medium’s show allows us to grasp the shimmering outline of objects that are otherwise out of reach. 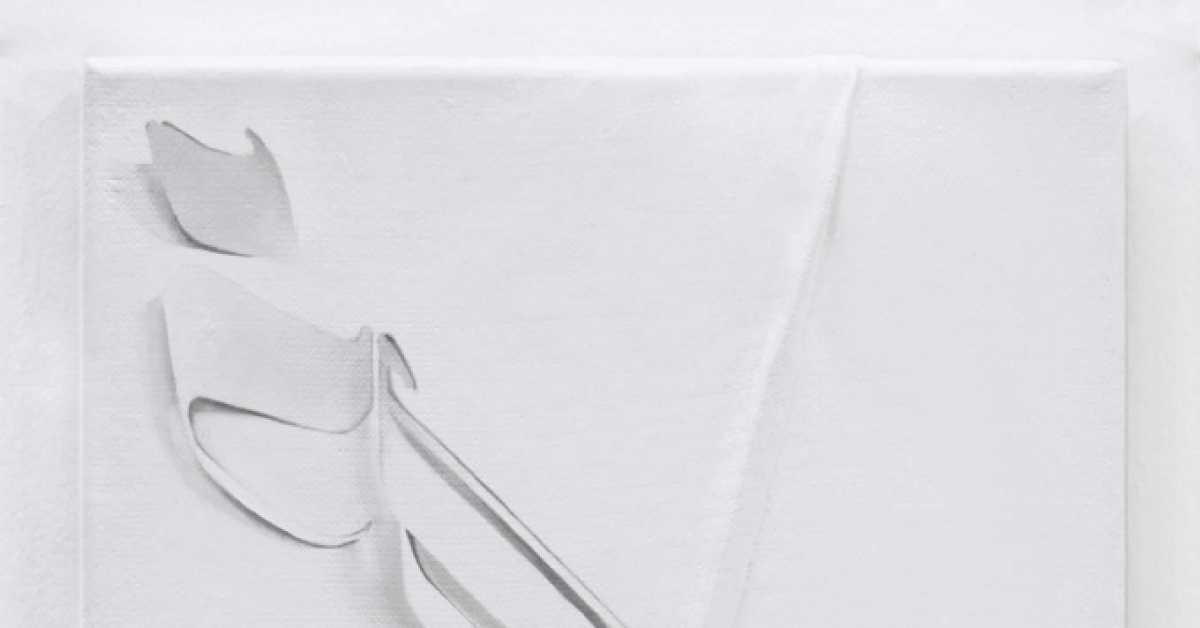 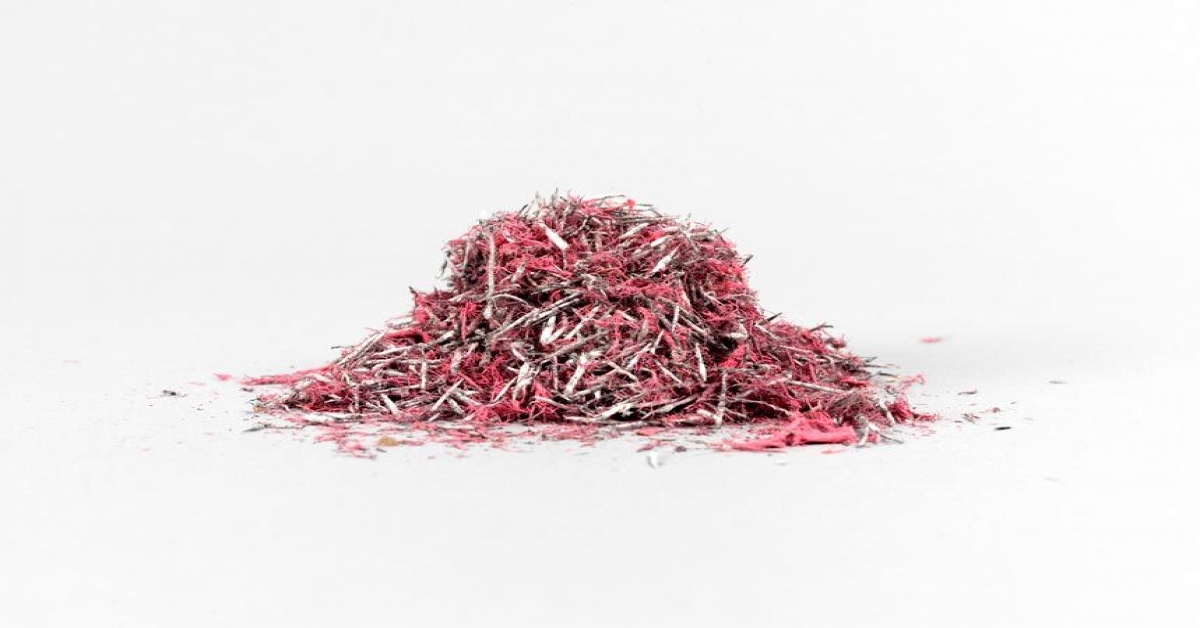 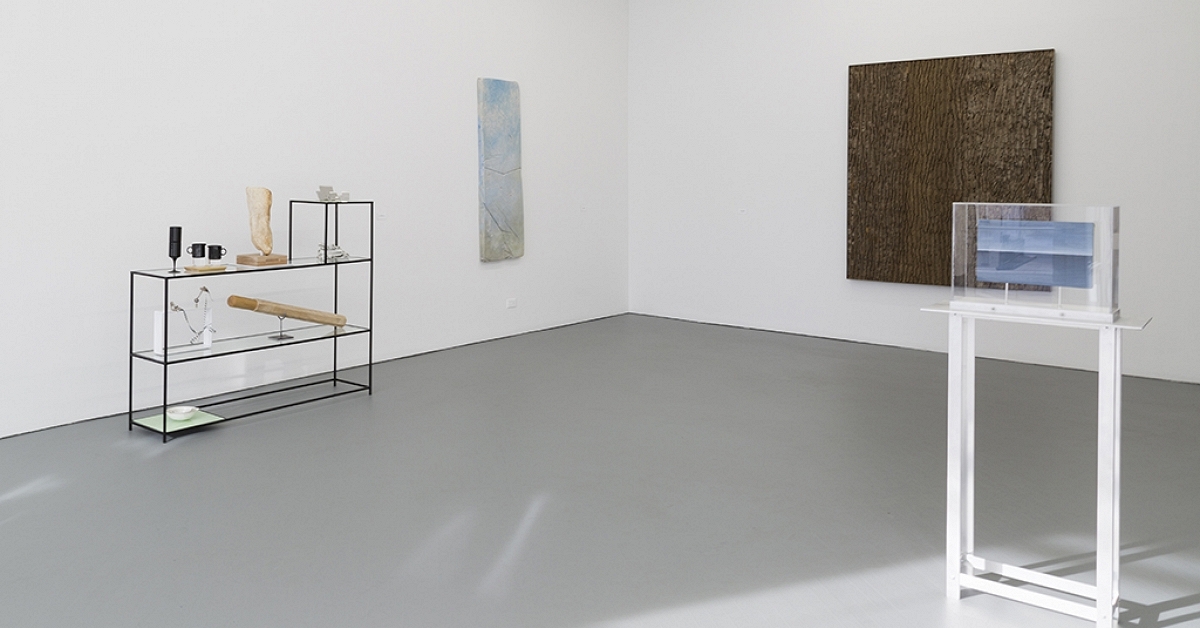