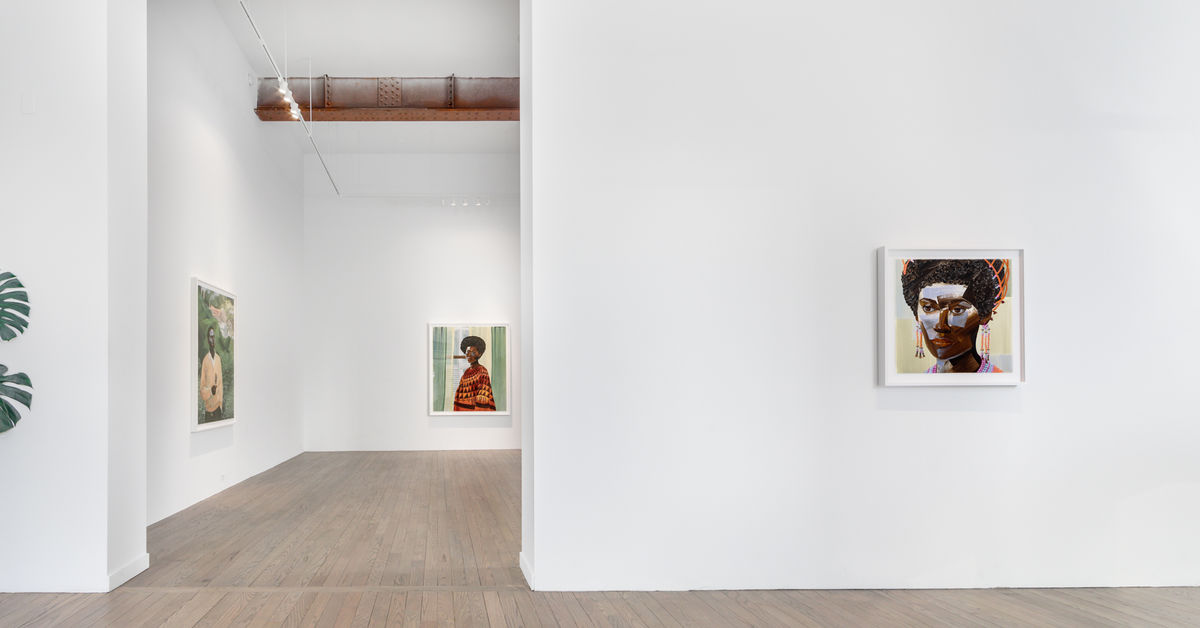 For his second solo exhibition with PATRON, Los Angeles based artist Greg Breda paints masterful portraits depicting revelatory moments for African American characters within film spanning the mid-1960s to 2019. Rendering the figures in his paintings with lush brushstrokes on vellum, Breda’s compositions reference film stills that portray scenes of self-reflection and contemplation for the character. Still, the exhibition’s title alludes to meditative and spiritual connotations of stillness, as well as the reality that society continues to grapple with and rehash the same issues. 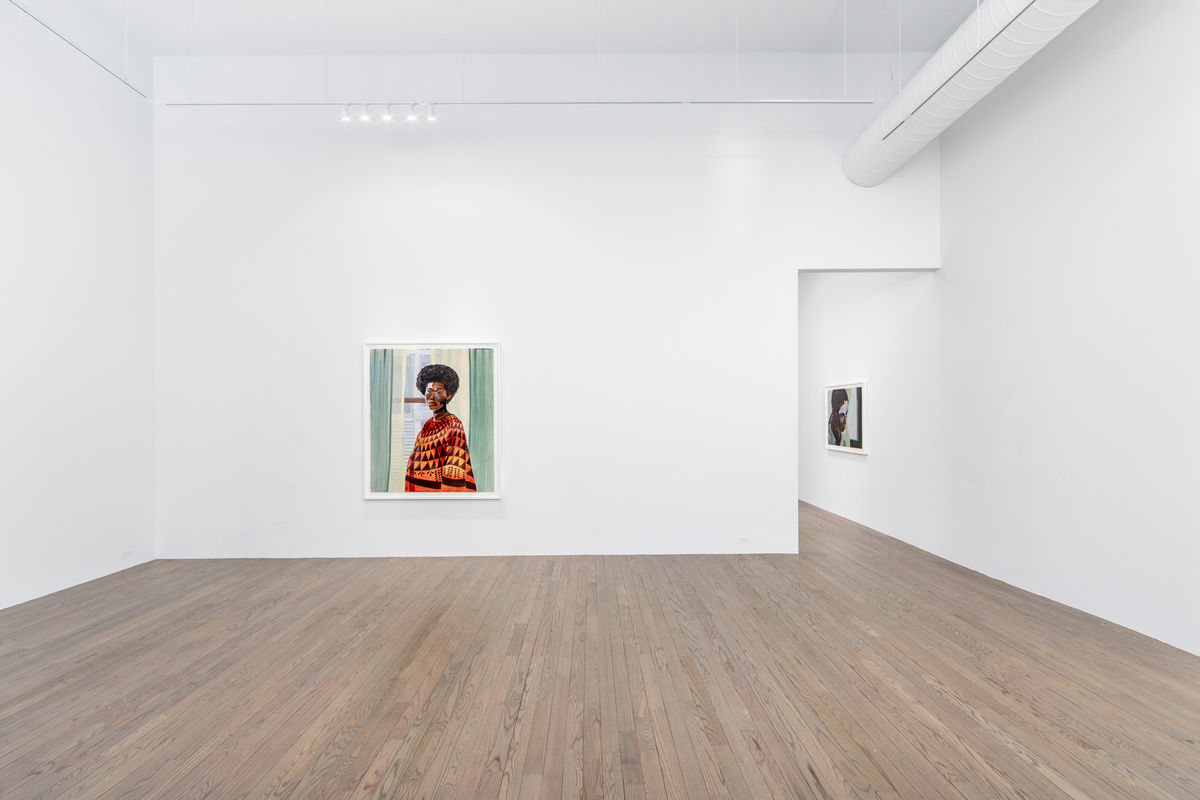 Each of the seven paintings in the exhibition reference a specific film, including The Landlord (1970), a narrative focused on a young entrepreneur, played by Beau Bridges, who acquires a building in East Harlem where a one-night stand with a married tenant, played by Diana Sands, leads to an unplanned pregnancy. Breda chose a scene from the film where Sands’ character is visibly pregnant, standing by a window gazing directly at the viewer with a face full of complex emotions. The work’s title Miss Sepia 1957 references a moment in the film when Sands’ character shares with the landlord that she had a more promising youth as a beauty contestant winner. It is a vulnerable and intimate scene in her character development—a “what could have been” moment—which only leads to further heartbreak from her infidelity. Breda’s painterly interpretation of her on vellum nearly glows as light appears to be absorbed by the rich material surface. Thick brushstrokes of contrasting white and gray paint represent light casting on the warm brown face of the figure. Breda’s use of light and recurring motif of windows invokes a religious symbolism evidenced in the long history of painting. Diana Sands’ character becomes a Madonna-like figure in the portrait. 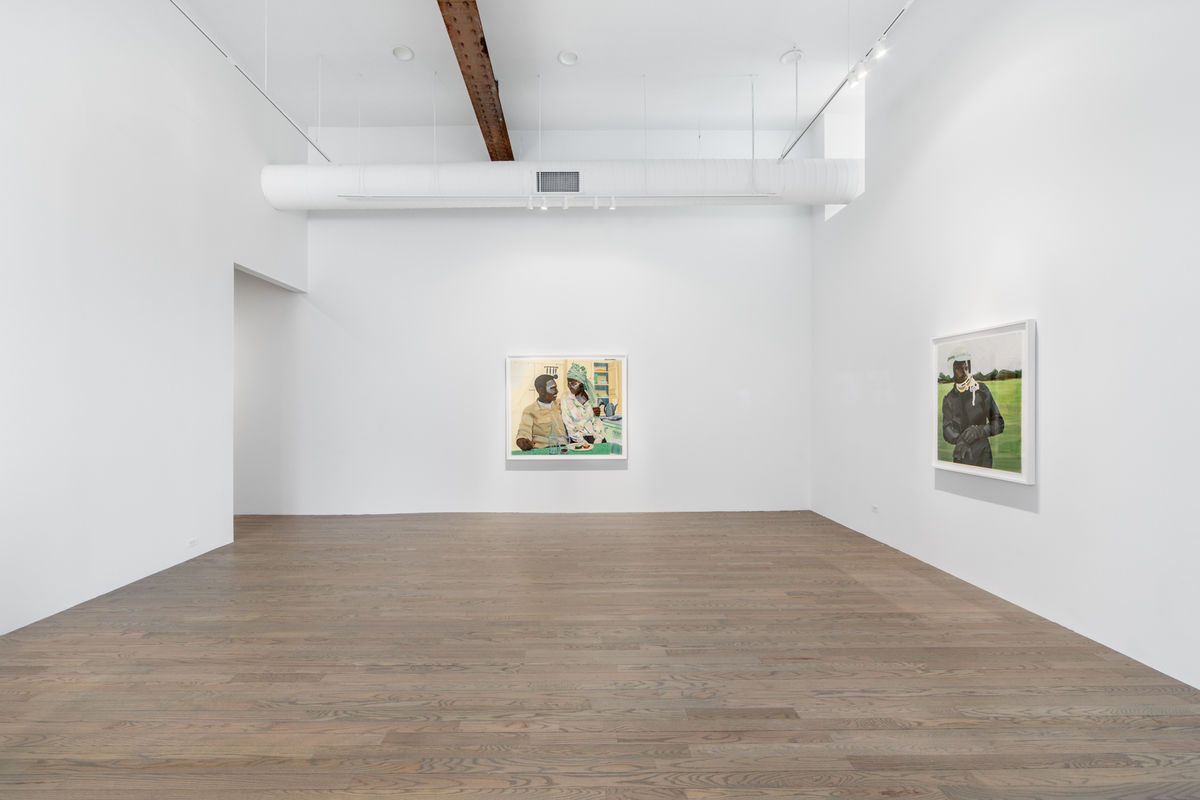 The artist’s large-scale painting You’ll be ok (2021) portrays a young man with his eyes closed and his hands over his ears. Replete with Breda’s characteristic application of paint, the figure hums with self-reflection. The piece is based on the film Feeling Through (2019), focused on a chance encounter between a teen boy in need and an older deafblind man. The scene depicted in the painting is a time when the boy tries to imagine what his deafblind friend must feel living in our world. It expresses a tender gesture of empathy. 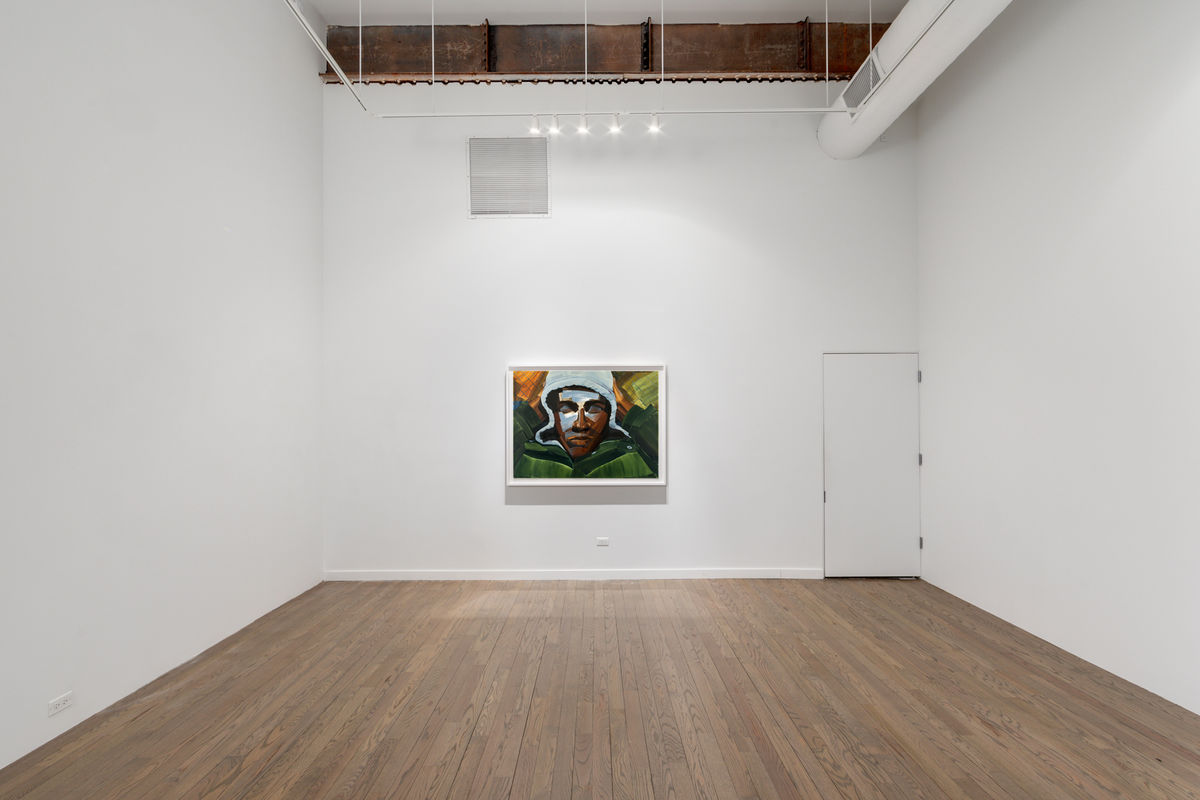 Two of the seven paintings are based on the romantic drama film A Warm December (1973) staring Sidney Poitier who plays a doctor that falls in love with a woman who has Sickle-cell disease. At the end of the film, she makes the difficult decision not to marry Poitier’s character to spare him and his daughter the grief of her inevitable death. Breda beautifully renders individual portraits of the couple in the works This is where it is at (2021) and It’s December for Me (2021). 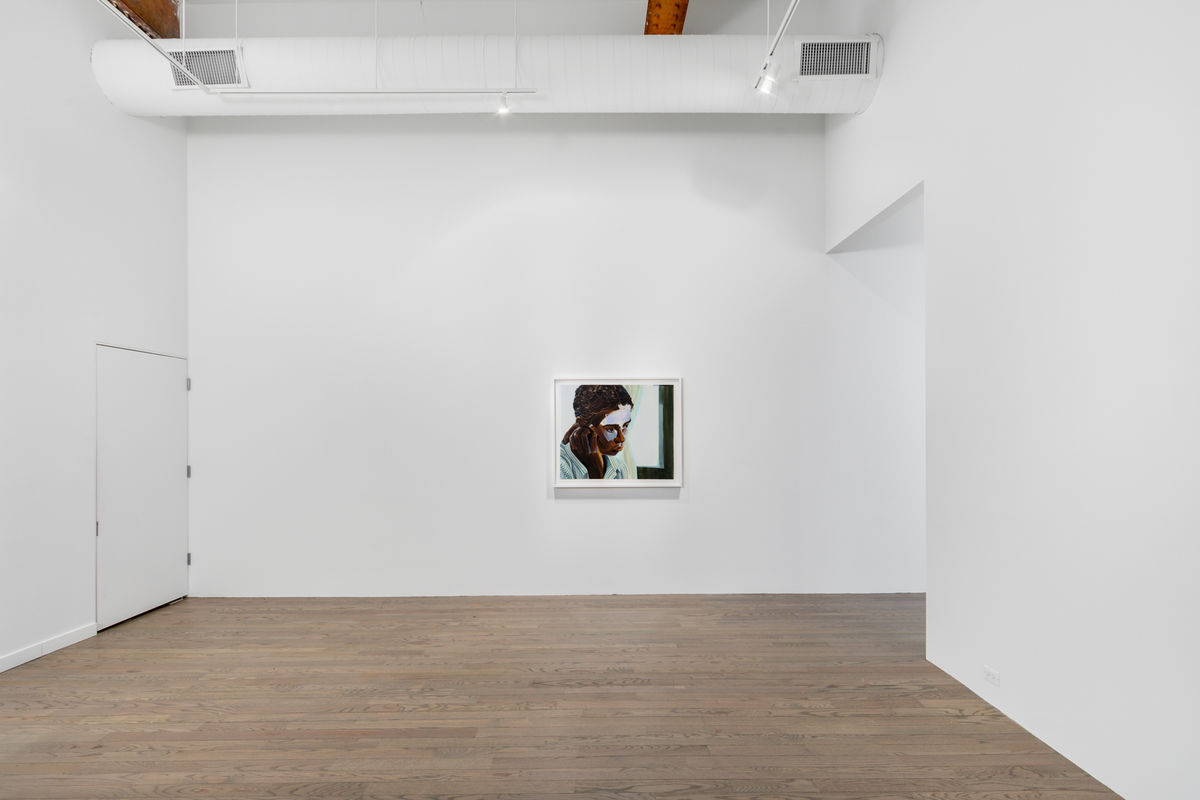 Greg Breda’s paintings highlight figures who express resilience in the face of grief, joy in celebrating the perseverance of Spirit. Ultimately, he aims to capture the emotional complexity of each character given the decisions they must face. Within the work, the viewer is invited into the window of the painting and must imagine each character’s internal monologue. This runs lateral to the notion that art is completed by the viewer, in the sense that by looking at an artwork we bring ourselves to the work, complete it in our mind’s eye.