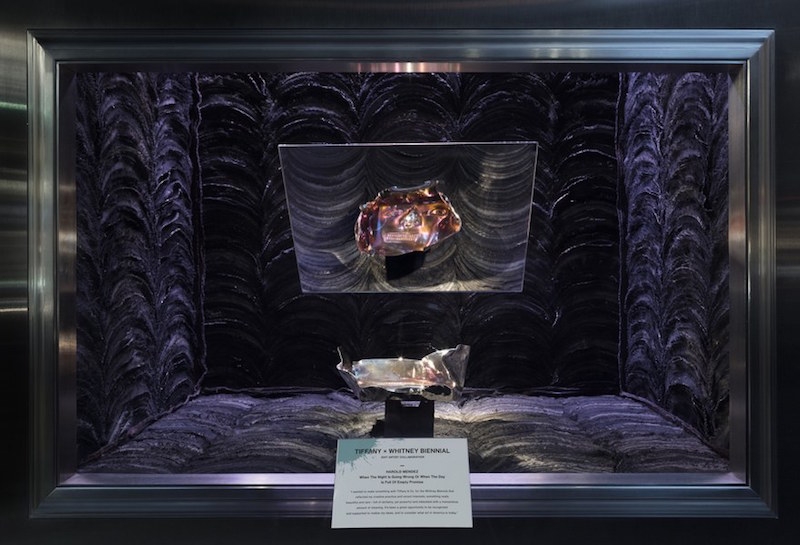 Late in 2015, the curators Chris Lew and Mia Locks embarked on what seemed like an almost endless road trip, combing the country (and a few cities abroad) in search of the artists who best represent America right now for the 2017 Whitney Biennial. They finally narrowed that list down to just 63 after meeting with hundreds last year; and now down to just five for a preview of sorts in the windows of Tiffany & Co., the biennial’s sponsor, unveiled today at its flagship on Fifth Avenue.

As it turns out, of course, that also happens to be just steps away from Trump Tower, a fact that’s taken on a whole new significance since the biennial’s planning stages—and one that Ajay Kurian, an Indian-American artist who was among those selected for the displays, was not going to let go uncommented upon. “I was ambivalent about the enterprise and the clientele—who shops at Tiffany’s, and what’s going on in the world right now,” Kurian said of his initial response when Lew and Locks approached him. “I just couldn’t get it out of my head.”

So, when it came time for he and the other artists chosen—Carrie Moyer, Shara Hughes, Harold Mendez, and Raúl de Nieves—to start with selecting sterling silver Tiffany’s pieces to incorporate into their displays, Kurian took things into his own hands: he asked the company to help him engrave the word “psycho” into the business card cases he’d selected, a reference to the cold-blooded corporate showmanship in American Psycho, the 2000 film with its infamous scene of one-upmanship—using business cards, of course—in a Wall Street conference room.

“I told my family and my partner my pitch, and they all just told me I should have a plan B, because [Tiffany & Co.] weren’t going to go for it,” Kurian recalled. To his surprise, though, the company actually did, if partly because the word isn’t readily visible—it takes a few seconds to spot, thanks to an intricately engraved pattern Kurian designed with the help of a website where you can make your own Magic Eye.

After all, at this point, the company, who promised free creative reign to Lew and Locks for the project, and is sponsoring not only this year’s, but the next few biennials through 2021, should know what it signed up for—or at least the intentions of the biennial’s youngest-ever curators, who were looking not to create extra work for the artists for the sake of a watered-down corporate sponsorship, but to instead give them a chance to expand their biennial contributions and typical artistic practice, “as if their studio has expanded exponentially to the collaboration.”

Kurian’s contribution, for example, is an extension of sorts of his installation in the Renzo Piano-designed stairwell of the Whitney Museum, which he recreated in his display and topped off with business cards drifting around on clear glass wheels as if floating to the bottom, where a silver chainsaw is another reference to one of the film’s notorious scenes. Mendez, on the other hand, sculpted a pre-Colombian death mask in collaboration with Tiffany’s hollowware Rhode Island outpost; Moyer embellished her usual collage work with a sterling silver pendant; Hughes worked with bone china to create a series of painted pitchers; and de Nieves worked with the company’s engravers to adapt the three figures that make up one of his recurring motifs.

All will be for sale in limited editions, not that Kurian need exactly worry—the money’s all going directly to the museum, rather than in business-card-case-carrying pockets. 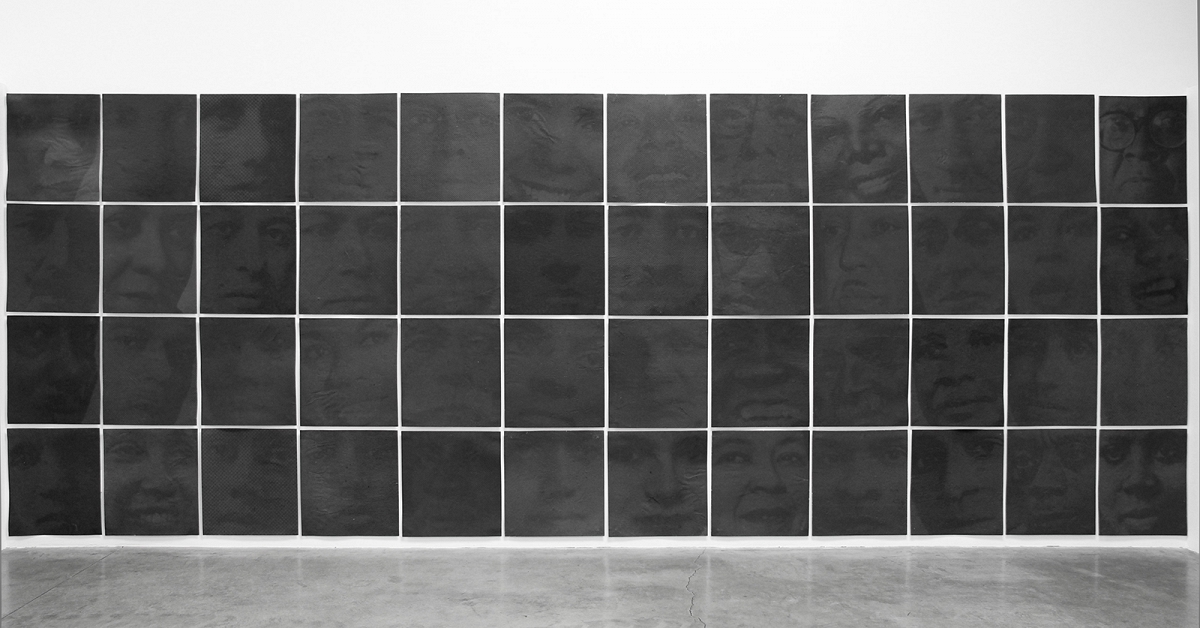 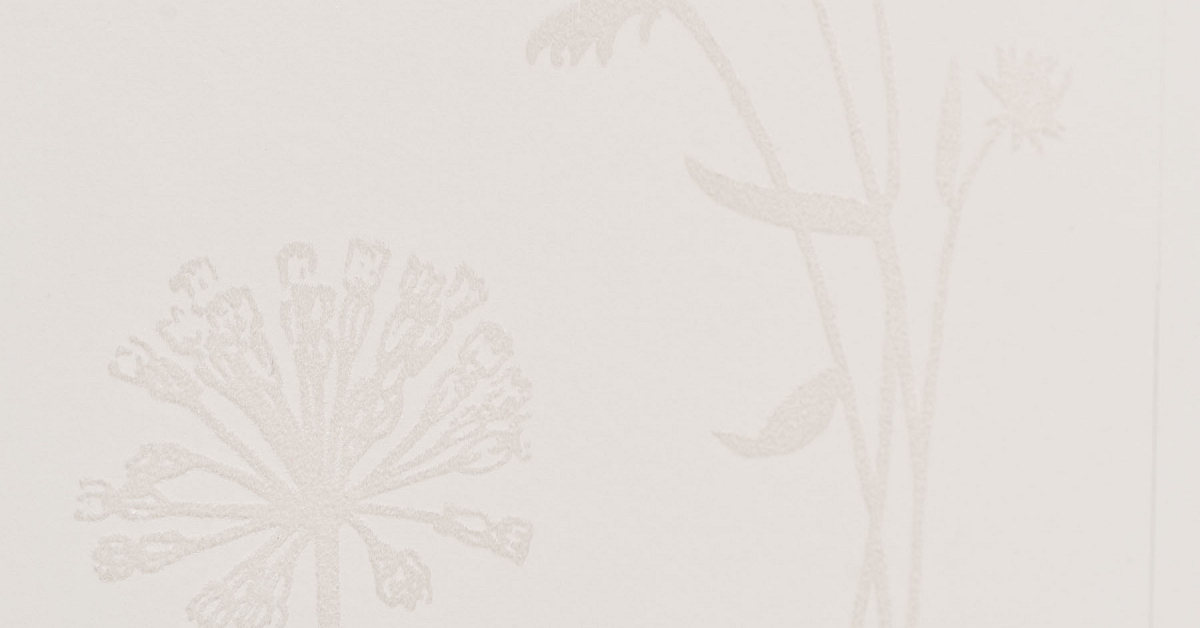 Smart Museum of Art, The University of Chicago 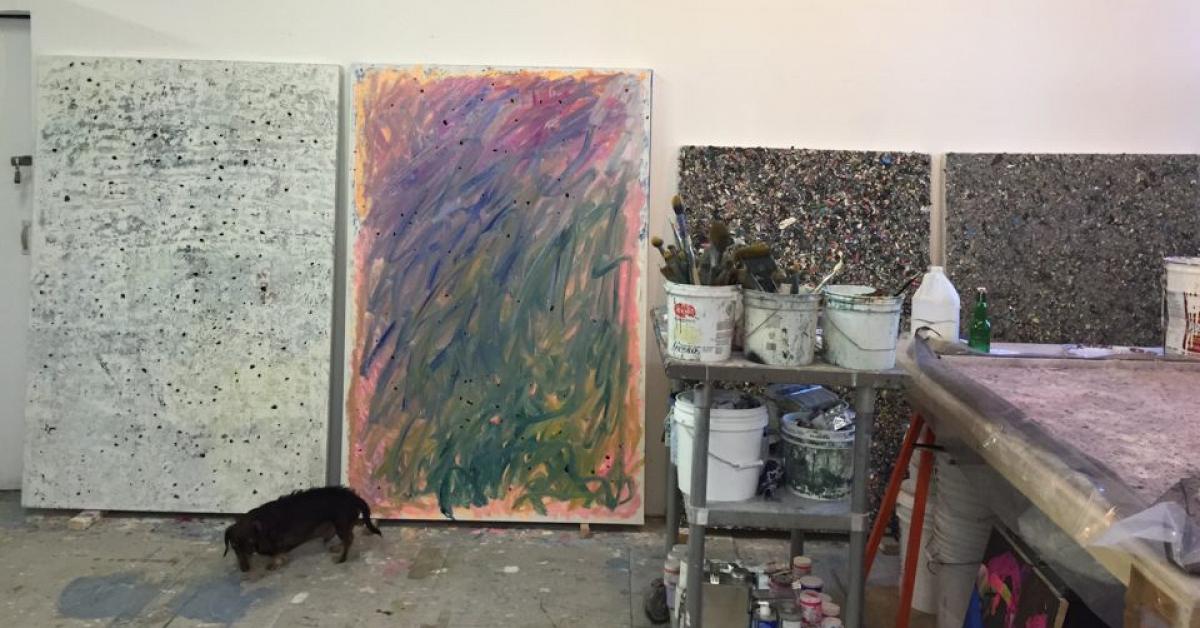