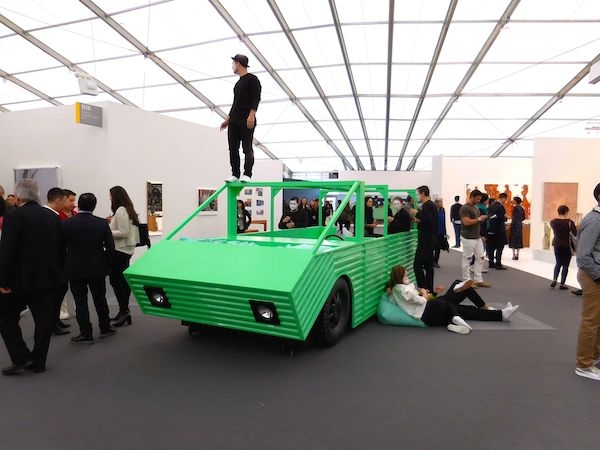 And we’re off. Frieze New York has returned, and even as I write this, the VIPs are coursing through the aisles of the pop-up venue on Randall’s Island. New York’s second big fair of the year looks… pretty much like it generally looks. It’s got a lot of very diverse contemporary art, all in one place, in a literal big tent.

As usual, it comes equipped with a custom-designed program of stunts and ­­special programming, to give the semblance of novelty to the experience. Last year it was an artist-designed maze and massage chairs and a velcro wall; this year, it’s a troupe of mimes and artists handing out Soylent and a live donkey, the latter of which was attracting big lines of art lovers. 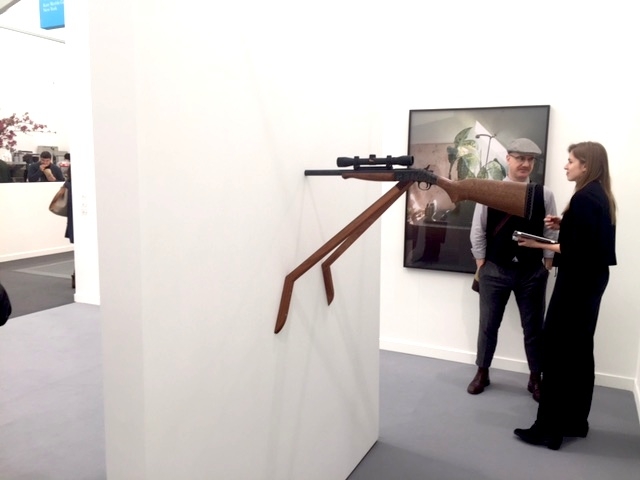 At the booth of New York gallery Kate Werble, Christopher Chiappa offers an ominous one-liner with A Room With a View (2002/2016). From the outside of the booth, it looks like a little peephole in a wall staring at you. Walk to the other side of the partition, and it turns out it’s a mounted shotgun, with passersby fixed in its site. 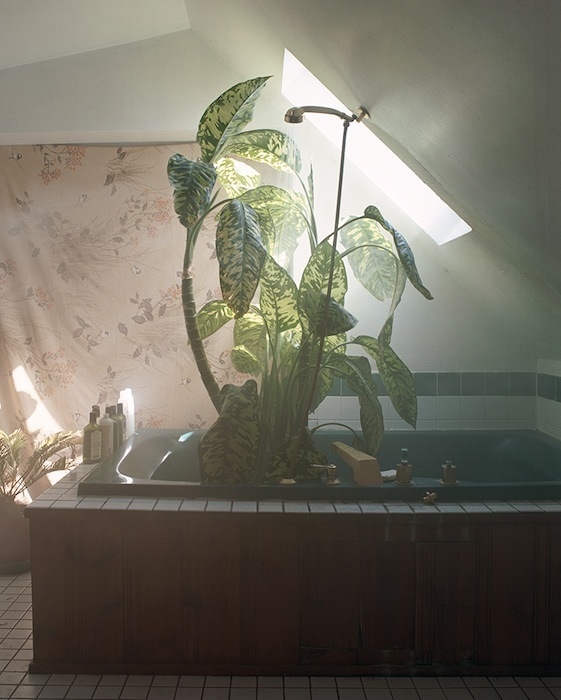 Nearby, Werble’s suite of large photos by Melanie Schiff (b. 1977) are some of my favorite pieces of the fair. The LA-based artist’s woozy images radiate the “low-key lyricism of the everyday,” as the Whitney Biennial teased her work a few years ago (in fact, one work here, Water Birth, was in that show).

At the Breeder gallery, from Athens, everything has been remade into a kind of strange, playful environment, courtesy Greek artist Angelo Plessas (b 1974). The booth is, in fact, just an advertisement for the real work that is for sale: a website, www.monumentgenerator.com, which at a click generates images of cartoon faux monuments.

The idea, Plessas says, is that, in a short-attention span culture, permanent monumentality has to be replaced by experience-on-demand. That idea really resonates here.

A few other notable items on a first pass:

A wall of bright, proto-pop prints from the Scottish Pop art great Sir Eduardo Paolozzi (1925-2005) at Clearing, of New York and Brussels. Wheeling with energy, patterned and pixilated, they are from his “Universal Electronic Vacuum” series of 1967—but look like they could have just been made. Each is from an edition of 75, though the prints are individually colored. 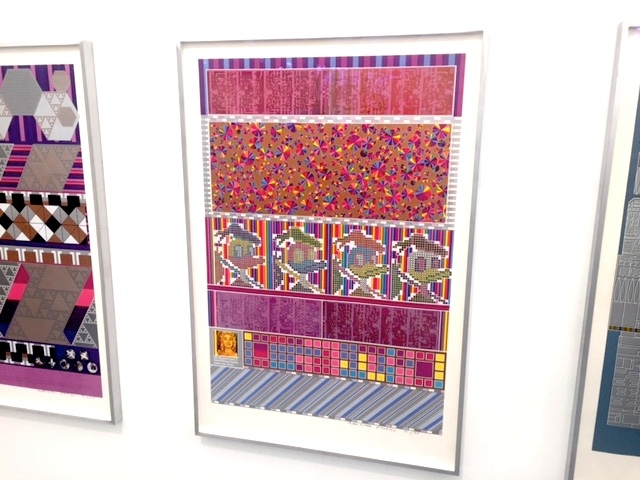 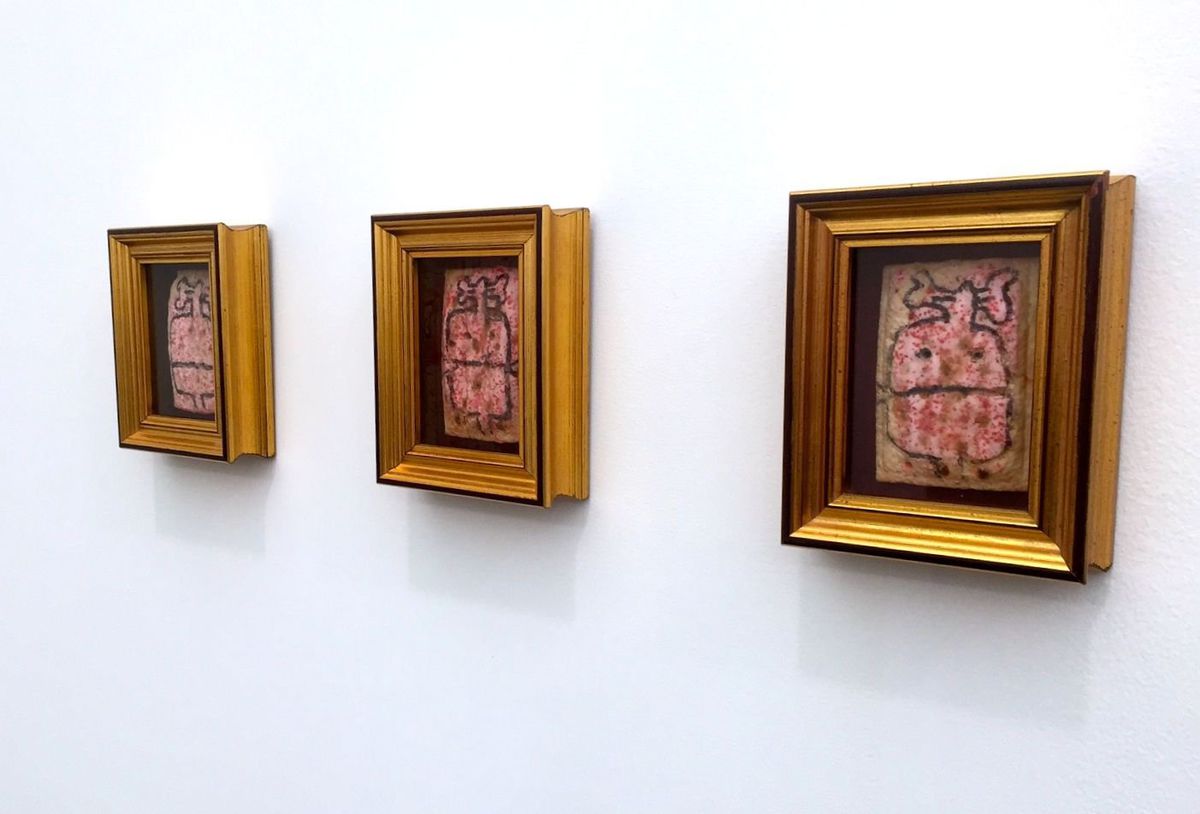 There’s a gorgeous, wall-filling work by the Italian Claudio Parmiggiani (b. 1943) at Meessen De Clercq from the artist’s “Delocazione,” or “de-location” series. It’s a full-scale image of a bookshelf, made by filling up a room with smoke and capturing the shadow left behind, a work both novel and ghostly in its presence. 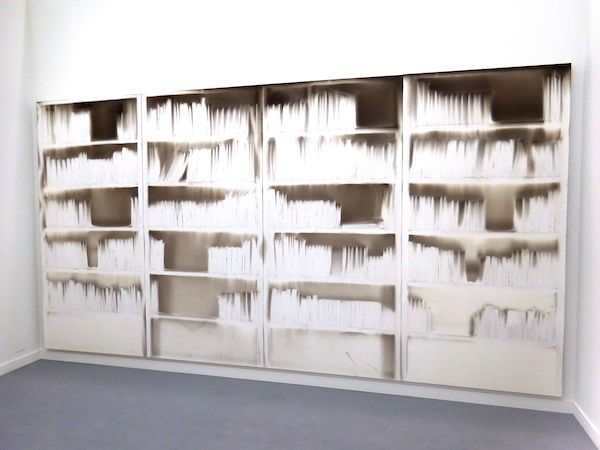 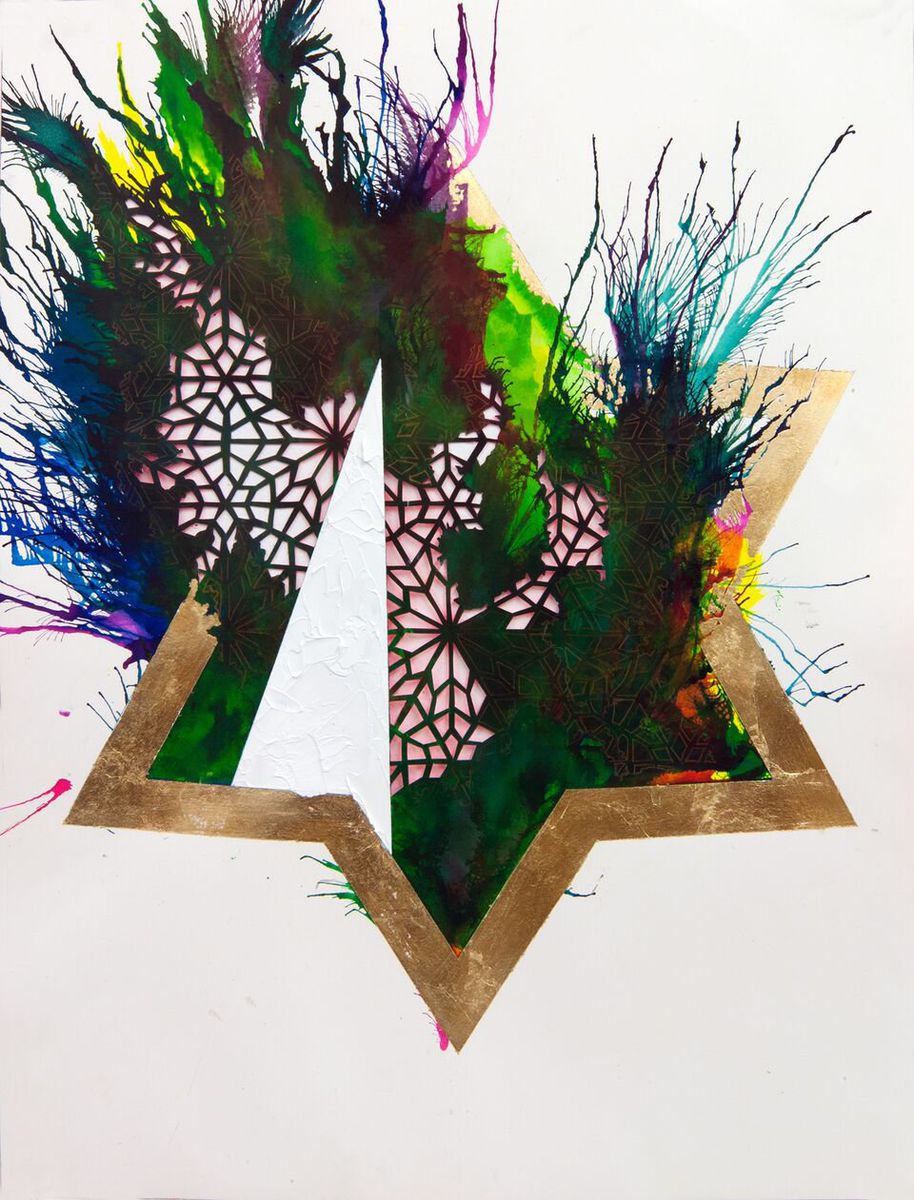 At London’s Parafin, a wall of photos by the underappreciated earth artist Nancy Holt are noteworthy for their documentary gravity. Her “Western Graveyards” series, cataloguing cemeteries throughout the Southwest, is from 1968, and has never been seen before together. 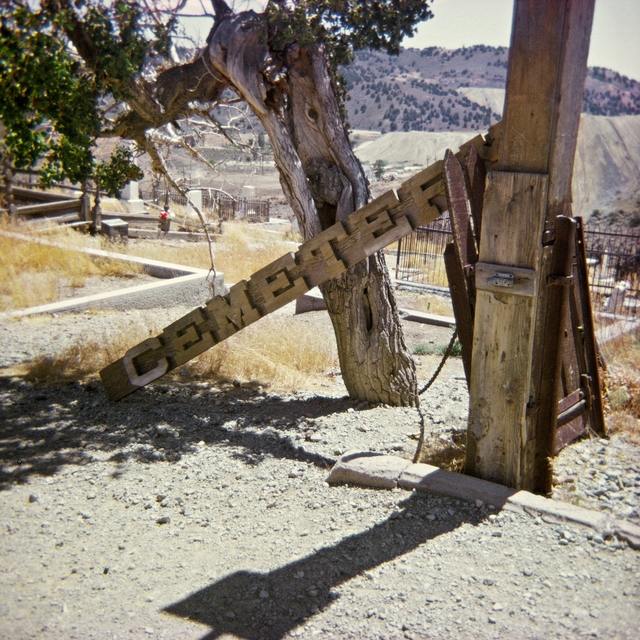 Finally, and in some ways most incongruously, at Galerie Lelong from New York, a proto-social-practice project by Krzysztof Wodiczko (b. 1943) called the Homeless Vehicle. Featured here as a video, concept sketch, and a functional prototype, it was a combination shopping cart and tent, designed in collaboration with members of the homeless community, and meant to be functional as a better companion for those living on the street. 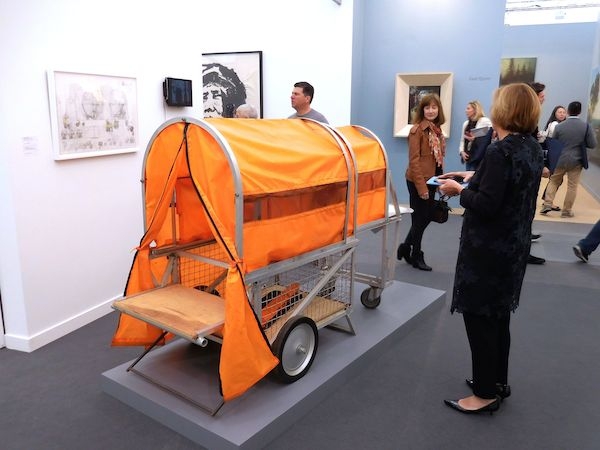 In the 1980s, visible mass homelessness was still a relatively new phenomenon, something that is hard even to imagine now, given how normalized the extremes of wealth and poverty have become. Within this frantic windmill of novelty, that is something worth recalling.