The exhibition takes as its point of departure Czech modernists Jaromír Funke and Ladislav Sutnar’s book of the same name. Photography Sees the Surface was published in 1935 by the State School of Graphic Arts in Prague, where Sutnar was Director and Funke taught photography after leaving his position at the School of Applied Arts in Bratislava—known as the “Slovak Bauhaus.” The instructional volume features photographs by Funke and his students highlighting the singular ability of the camera to capture the details of an object’s surface, accompanied by short descriptive texts and notes on the filters, lenses, focal lengths, aperture settings, and exposure times used to make each photograph. 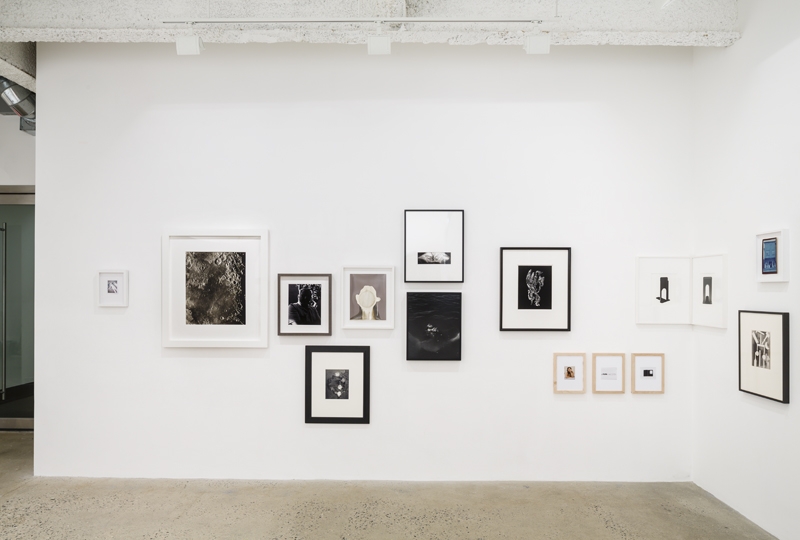 In the spirit of Funke’s project, which was equal parts New Objectivity description and modernist abstraction, and expressly pedagogical, Mays presents an idiosyncratic selection of work by over 20 contemporary photographers who are also teachers (several are her own former professors and students,) as well as historic material, including a 19th century heliogravure of the moon’s surface, and a photogram from a Man Ray teaching portfolio. The works on view weave together investigations of photography’s ability to isolate detail, abstract form, and obscure and defamiliarize vision, with conceptual and physical references to pedagogy. Visual resonances play out between and across works: surfaces are variably abraded, shrouded, excised, and broken through; certain themes—outer space, mediated landscapes, unfaithful portraiture, questions of serendipity and orchestration in composing a picture, and direct image transfers (in the form of rubbings and photograms)—recur. Direct and more enigmatic depictions of the ‘surface’ of things simultaneously evoke and challenge the notion that vision, and perhaps doubly so, depiction, are by their very natures superficial.