Alexander Calder’s magisterial, 50-foot-tall painted-black-steel abstract sculpture, “The Arch” (1975), with its billowing whale-tail wing and giraffe neck—poking up like a periscope into blue sky—greets viewers inside the entrance of the Storm King Art Center, in New York’s Hudson Valley.

At the Clark Art Institute in the Berkshires of Massachusetts, pasturing bovines graze near Analia Saban’s “Teaching a Cow How to Draw” (2020)—a 620-foot-long split-rail cedar fence, handsomely sectioned into diagrammatical drawing lessons: one-point perspective, the golden ratio, the Rule of Thirds.

And at the Socrates Sculpture Park in Long Island City, N.Y., Jeffrey Gibson’s enormous, wallpapered stepped pyramid, “Because Once You Enter My House It Becomes Our House” (2020), takes center stage. It is one of the outdoor artworks in “Monuments Now,” a timely, cumulative exhibition, being unspooled in three consecutive parts from July through October. Curated by the Socrates’ director, Jess Wilcox, it reconsiders the contemporary role of monuments and underrepresented histories. 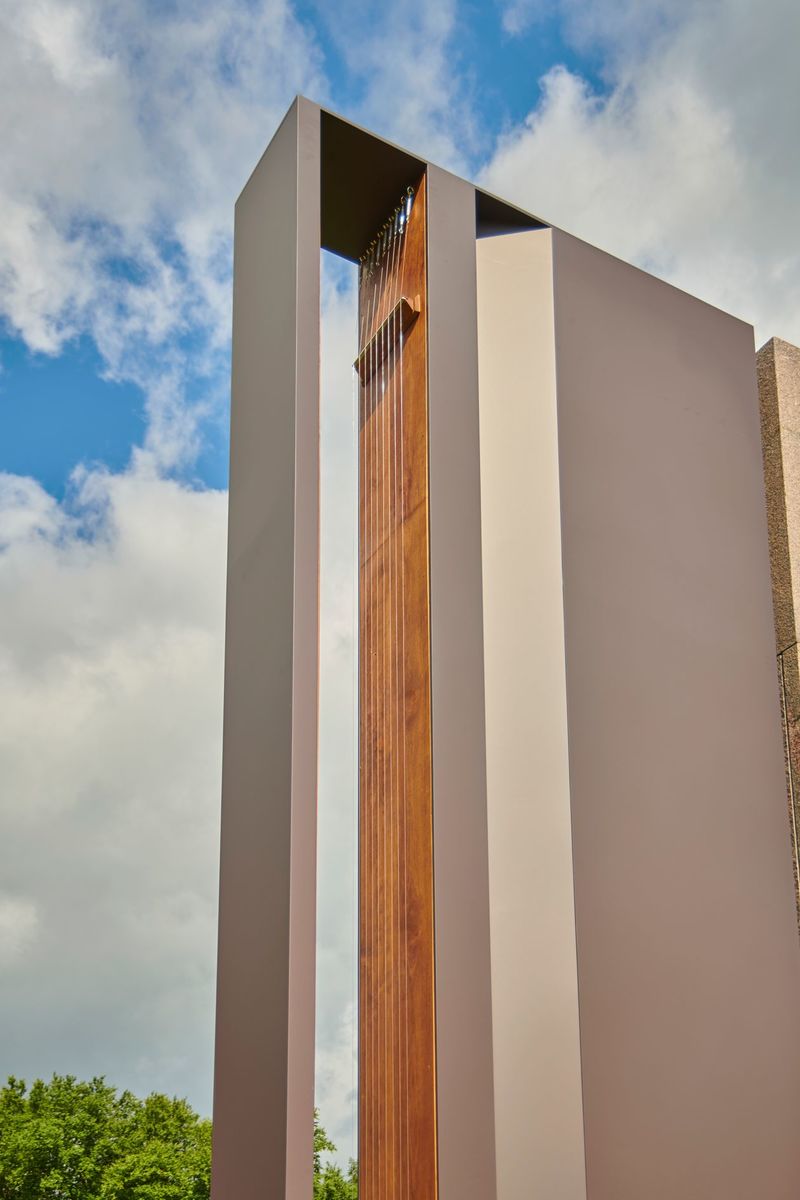 In late July, I revisited venues in New York and New England that I’ve seen numerous times before—now mostly to see outdoor sculptures, some of them new, in places that have gingerly reopened to allow for socially distanced outside viewing.

After four months spent looking at art and museums in books and on digital screens—and feeling stir-crazy—I wondered: What would it be like to experience these places in the flesh again? Would they be different? Would I feel safe? And, especially, would it be worth it—with the requisite masks, limited occupancy, reservations and timed ticketing? The answer was a resounding yes.

As always, some of these venues and artworks fare better than others. But, unlike most museums, a sculpture park isn’t only as good as the work on view. Art and nature, in tandem, play their parts. Outdoor sculptures must stand out from, blend into, be in dialogue with and compete against their surroundings.

At Storm King, an idyllic, 500-acre outdoor museum dedicated, since 1960, to large-scale sculpture and site-specific commissions, long distances and numerous vistas separate monumental artworks. Each sculpture becomes its own pilgrimage.

Walking to the top of a hill, I was pleasantly surprised, as always, by Maya Lin’s earthwork, “Storm King Wavefield” (2007-08). Eleven acres of grassy mounds, it heaves like heavy swells of green sea. Other favorites, including works by David Smith, Isamu Noguchi and Andy Goldsworthy, didn’t disappoint. Some even felt new. Tall, windswept wildflowers and grasses, overgrown and trample-free these past few months, have transformed the four hulking steel plates of Richard Serra’s “Schunnemunk Fork” (1990-91) into ships’ prows, cutting through a waving meadow.

Joining Storm King’s suite of sculptures by Mark di Suvero is his nearly 100-foot-tall “E=MC²” (1996-97), on loan until summer 2022. Reaching skyward, as if with outstretched hands, its steel beams call from afar, towering above tree lines, catching light.

The Clark’s bucolic 140-acre grounds, always open to the public, are reason enough to visit. But right now, I recommend seeing “Lin May Saeed: Arrival of the Animals,” a conceptually heavy yet occasionally charming show, curated by the Clark’s Robert Wiesenberger. Ms. Saeed’s subject is animal rights, and the work, a lot of it painted polystyrene foam bas-relief, though earnest, can be strident. The majority of the exhibition is inside, but one cast bronze sculpture, “Thaealab” (2017)—the best in show—is installed outside. A poised, graceful, catlike creature, it proves that beneath Ms. Saeed’s activist exterior is a genuine sculptor.

Currently, only two works—Ms. Saban’s “Teaching a Cow How to Draw” and Jennie C. Jones’s “These (Mournful) Shores” (2020)—are on view in the Clark’s site-responsive, cumulative outdoor exhibition, “Ground/Work.” (Four more are planned to be installed by Labor Day.) Guest-curated by Molly Epstein and Abigail Ross Goodman, it’s the Clark’s first outdoor exhibition of newly commissioned works.

“These (Mournful) Shores”—a minimalist interpretation of an Aeolian harp (its strings strummed by weather and wind)—acts as anchor and endcap to Tadao Ando’s 16-foot-tall-by-180-foot-long red granite wall, which borders the Clark’s Ando-designed reflecting pools and Fernandez terrace. When the strings of the sculpture—inspired by two of the Clark’s Winslow Homer seascapes and the horrors of the Middle Passage—are activated, the landscape sings like a wounded cello.

Less successful were the artworks on view in “Monuments Now” at the five-acre Socrates Sculpture Park in Queens, where art must compete with views of the Manhattan skyline.

When I visited on a hot, cloudless Sunday, the park was very busy. But most weren’t looking at the art, opting instead to escape the midday heat and humidity by spending time in the crowded, shady oasis of the park’s grove of trees or by the cool, breezy East River. Unfortunately, only two weeks in, nature had already turned the show’s opening salvo and centerpiece—Mr. Gibson’s brightly colored, psychedelic pyramid with slogans such as “Power Full Because We Are Different”—into bleached placard, if not muted relic. Better weathering the elements is Nona Faustine’s “Broadway Billboard: ‘In Praise of Famous Men No More’” (2020), in which blurry photographs of monuments to Presidents Lincoln and Theodore Roosevelt have been canceled by heavy lines. Though monotonic, it has graphic punch. All judgments aside, it was rejuvenating to be outside again among sculptures, people and nature, at venues that offer much more than art. 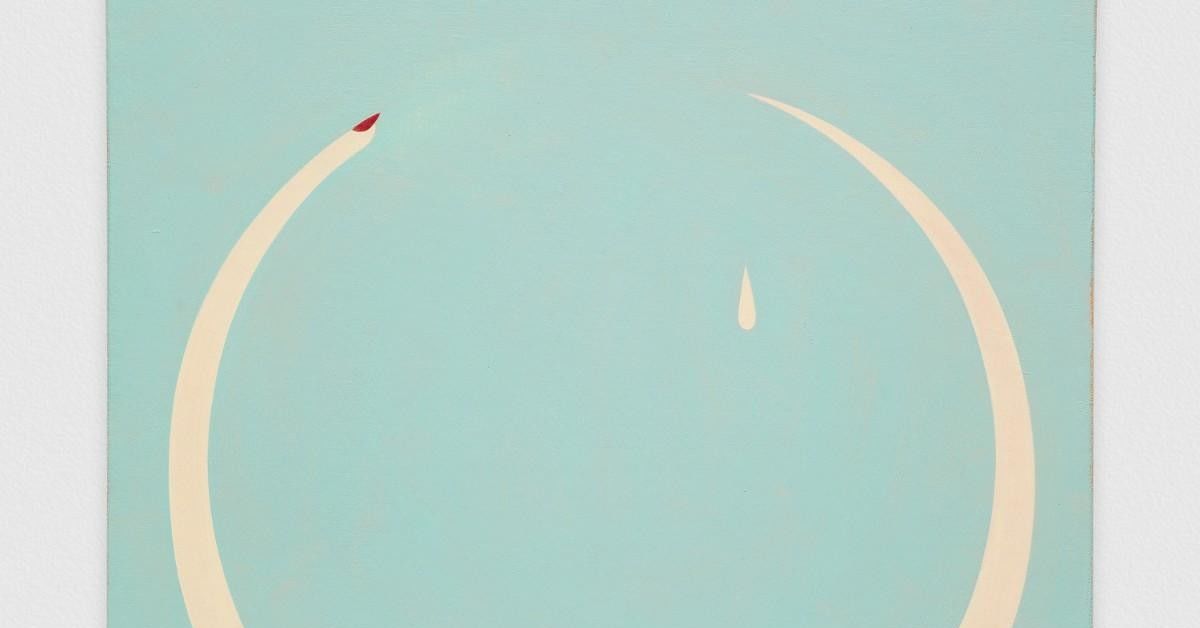 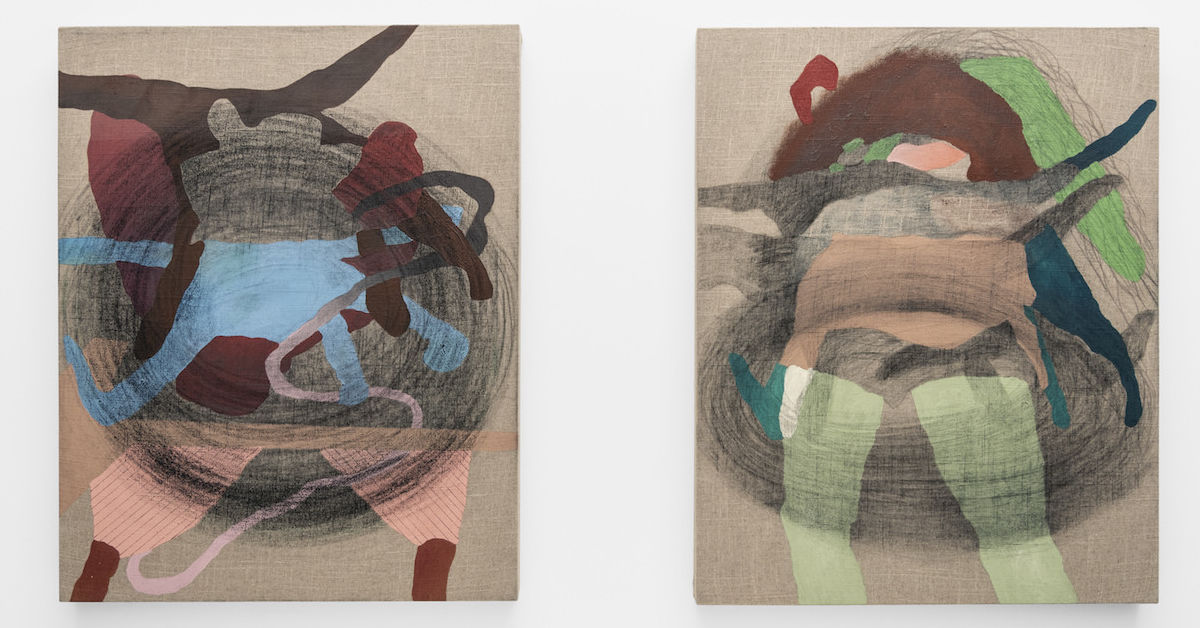 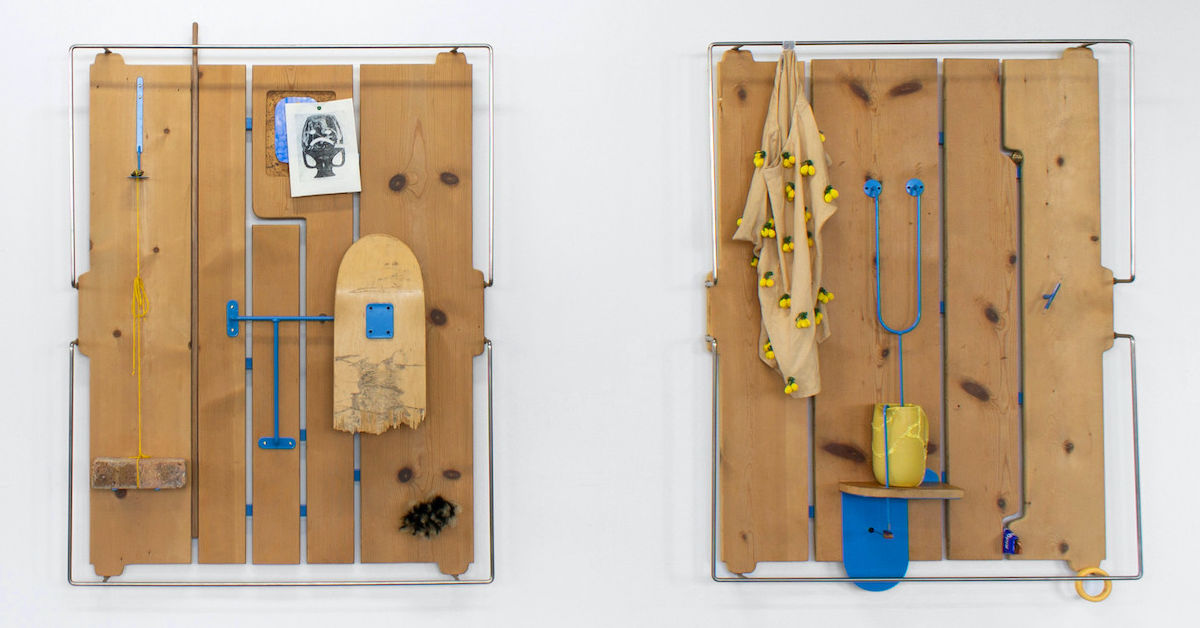