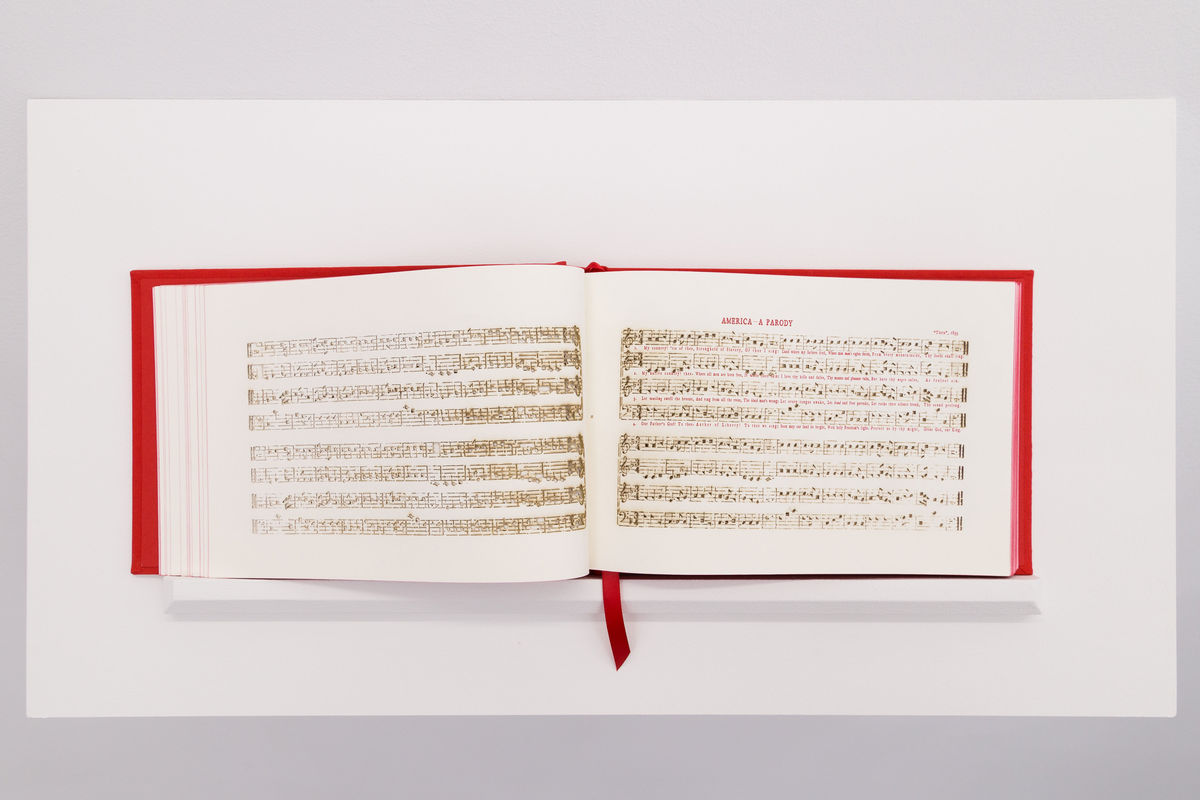 For her latest exhibition, “Of a Piece,” Chicago-based artist Bethany Collins is presenting only two works: Between Green and Violet, 2014–15, and America: A Hymnal, 2017. The former features twenty-nine words and their definitions hung in individual white frames, and the latter is a book of one hundred variations of My Country ’Tis of Thee (1831), a song used for causes ranging from abolition to the Confederacy.

Throughout the show, Collins examines the evolving intersection between the English language and meaning as it relates to American cultural memory. For Between Green and Violet, Collins has enlarged, transferred to paper, traced over, and then erased with her spit words that were used to define blue in a 1950s Merriam-Webster dictionary, including sailor, dye, depressed, and oath. Blue, however, is absent.

Lack is also a theme in the second piece on view: Here, Collins laser-cut musical notes from each song sheet, leaving behind one hundred pierced and lightly burned pages. By removing the notes, she has wiped out similarities while drawing attention to variations in language and tone from one version to the next. This produces both encouraging and unsettling connotations, as it points to the potential for creative alterations and acknowledges the downside of deviant results. In a moment when some words—ranging from fundamentalism and terrorism to inclusion and diversity—become catchall sound bites that categorically obliterate difference, Collins critically directs our awareness to the substructures underpinning the terms and definitions that twenty-first-century audiences use