The Past Pushes Forward in an Exhibition About Memory

Are we aware of — and do we acknowledge — how consistently the past infiltrates our present moment? Bound to a forward momentum, we are constantly faced with the material reality of the past: from the monumental (art and architecture), to the everyday (scraps and receipts found in pockets), to the intimate (letters and diaries). How do we reconcile our living speed with the bygone symbols that surround us?

Place/Image/Object at Jack Barrett Gallery explores these questions in a roundabout way. Contributing artists Anna Plesset, Daniel Terna, and Fred Terna offer no answers, but probe deep into historical and personal memories with their offerings. In the recessed rooms of the gallery’s new Lower East Side space, drawings, paintings, and video pieces assert that the act of remembering is work that carries consequences.

Late in Daniel Terna’s film My First Wife Stella (2013), Fred Terna stands in front of his first wife’s remains in a mausoleum. Fred states plainly, “Ashes have no memory. I do.” This, the film’s climax, confounds the momentum of the preceding 20 minutes, casting doubt on its entire enterprise. The bulk of the film is made up of Kodachrome slides of Fred Terna and Stella Horner’s 1967 trip to California, interspersed with Daniel Terna’s own retracing of his father Fred’s voyage up the coast. Fred and Stella, both Holocaust survivors, embarked on the trip as a healing exercise. Decades later, Fred Terna evades sentimentality — the dead have no agency, no claim to the realm inhabited by the living.

Early on in the film, Fred Terna holds up a slide of the coast and muses: “looking at it one time it’s one thing. And then looking at it again some other time, it’s a different picture.” He recognizes the transformative power of the photograph to absorb and regurgitate its subject. A picture can bolster a fragile memory, but it can also begin to replace it as the material overwhelms the immaterial.

Fred Terna’s ink drawings, dating from 1945 to 1952, reveal a mind eager to absorb and remember. They picture landscapes and interiors, ranging from a view of the artist’s first hotel room in Paris, following World War II, to dock scenes in Brooklyn. These drawings represent exercises in seeing, more concerned with the individual accuracy of each drawn element than with the compositional integrity of the scene. Every line and architectural detail exists in its own self-sustained universe, privileging a felt logic over a faithful visual representation. In other words, the act of drawing burned scenes into the artist’s mind one by one. 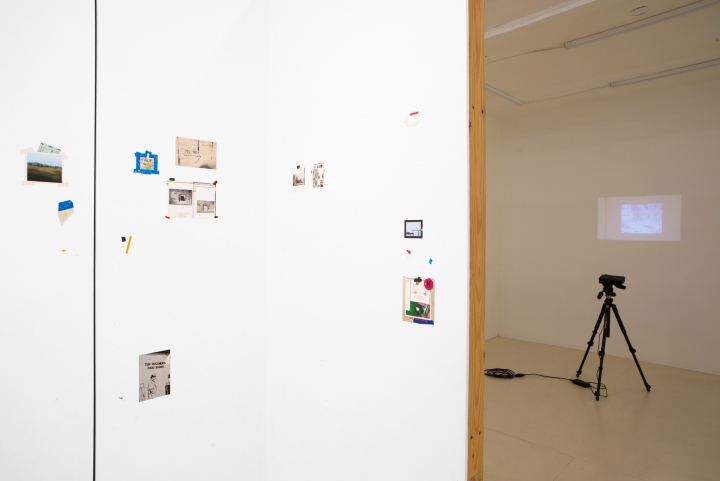 In an adjacent room, Anna Plesset stages another inter-generational project. She presents her grandfather’s 16mm films of France in the wake of World War II in Document of a Travelogue by Lt. Col. Marvin R. Plesset, Division Neuropsychiatrist (2013). The projection on the gallery wall is itself a documentation of the projection of the original films on the artist’s studio wall. This projection of a projection seems to deteriorate as it plays. Digital artifacts and imperfections in the film mirror the destruction captured by Plesset’s grandfather: ruined brick buildings and bridges half-eaten by rivers. Even though this installation stems from the recovery of family history, it feels remarkably objective, speaking more to the materiality of the film than to the content it unearths. 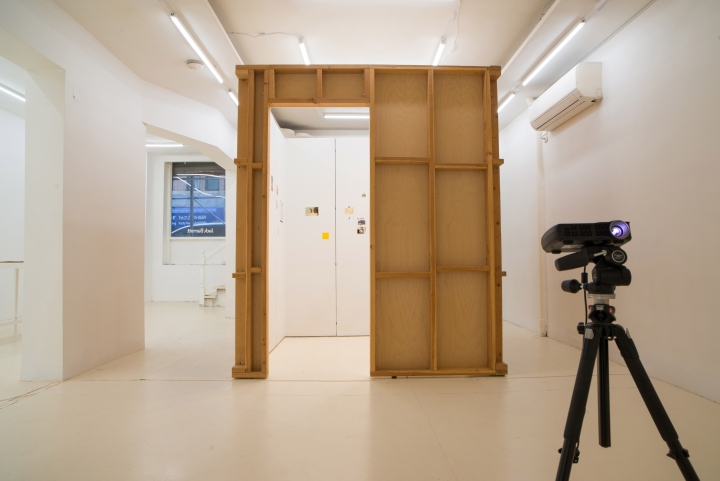 Plesset’s film installation stands in stark contrast to the deeply intimate construction Travelogue (21st Century Room) (2013–2018) that she built in the same space. The wooden structure — its unfinished exterior facing the gallery entrance — is a hulking presence in the small room, directing foot traffic. But beyond the unassuming entrance, the entire room transforms. At first glance, the space is filled with ephemera — scraps and print-outs and tickets pinned and taped to the walls. Swarming on the blank walls, the objects create an atmosphere that is both claustrophobic and infinite. The installation is composed of documents from Plesset’s retracing of her grandfather’s footsteps in Europe, such as museum tickets, timetables, maps, and screenshots.

Leaning in close to these scraps yields a revelation: they are not scraps at all. The entire installation is composed of stunningly convincing trompe l’oeil paintings directly on the wall. Crisp and focused, the paintings project all of the complexities of the memories they reproduce.

Layer after layer, the past pushes forward in this exhibition. The act of image-making facilitates both remembering and forgetting, enhancing and obscuring the content of memory. No one object here is monolithic: the pieces assault the mind, details magnifying and then dissolving them into ether. 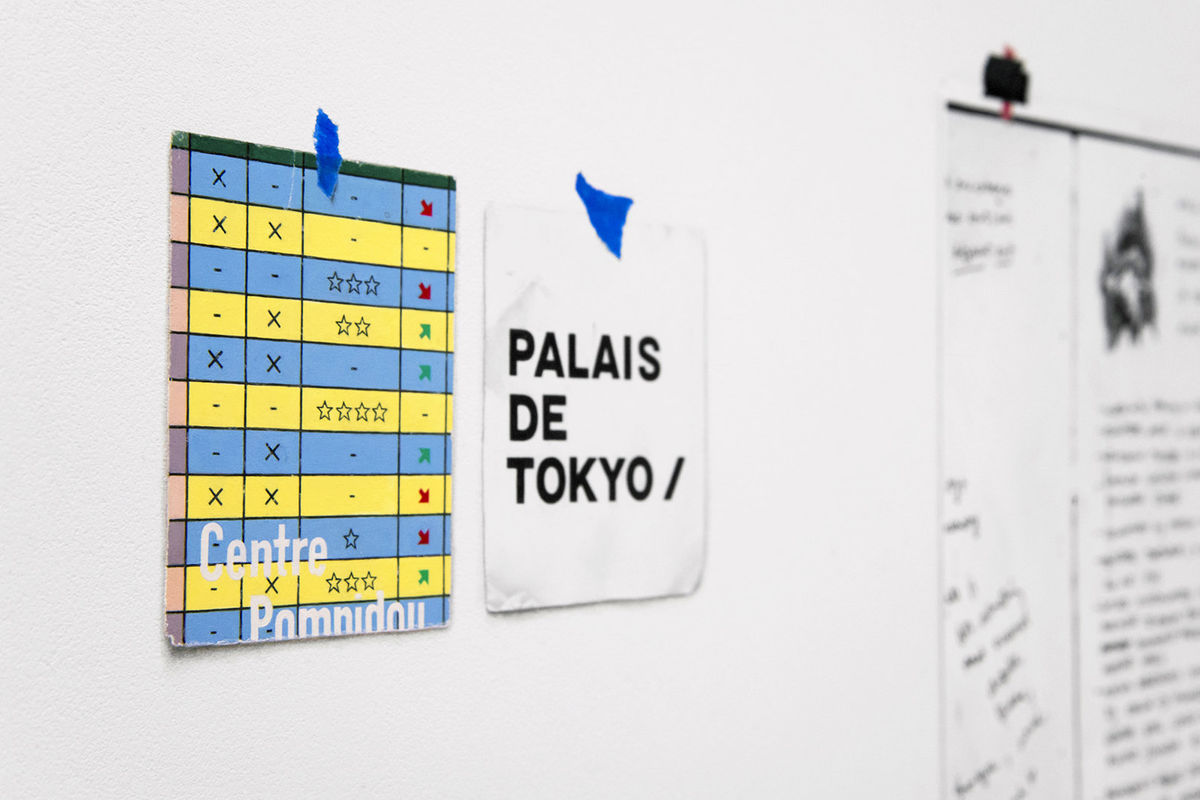 It is human to strive for a certain sharpness of memory, favoring concrete details over abstract feelings. These three artists seem to desire the same, but, in the process, they unravel myths of memory. Visual clarity is fleeting, and the tools that record our histories influence our cognition. The rest is blurred and undefined.